Just a few weeks ago, Stjepan Šejić’s Harleen Collected Edition was made available to pre-order. Harleen is a DC Black Label book that focuses on the twisted romance between Dr. Harleen Quinzel and the Joker. After just a few short weeks of going on sale, Harleen has made the New York Times Best Sellers List!

Below is the full press release from DC Comics on this amazing achievement. 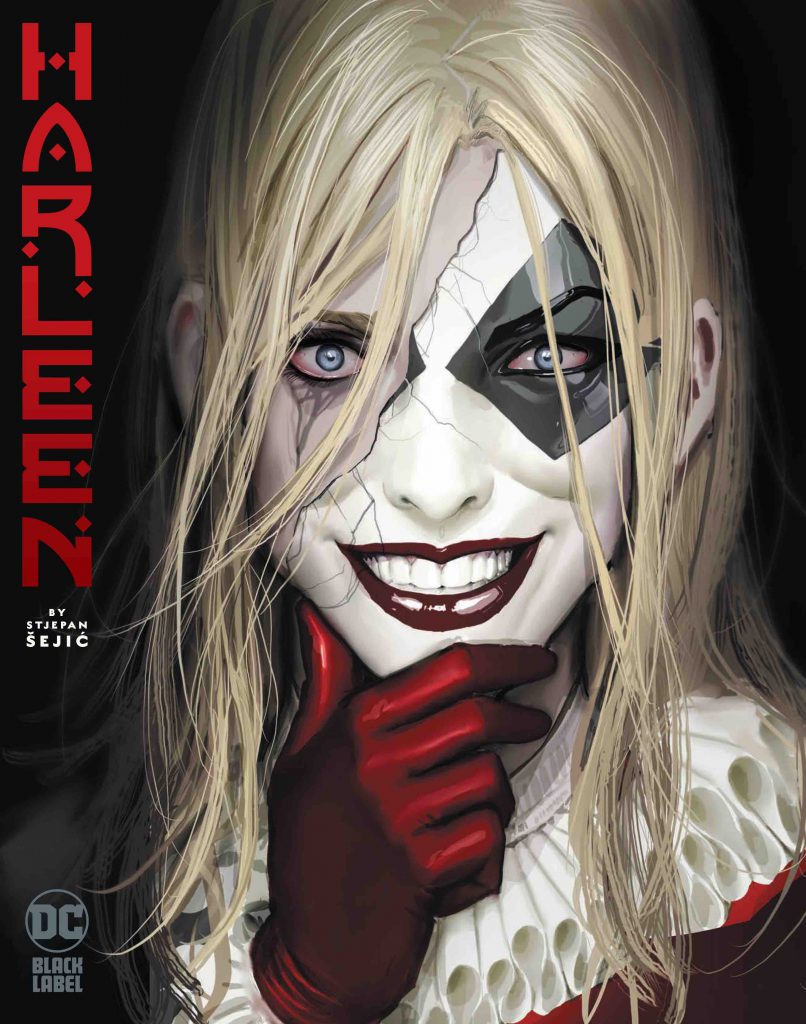 The New York Times has released its March 15 list of best-selling books and DC is proud to announce that Harleen has made the prestigious New York Times best-seller list in the Graphic Books and Manga category.

Described by CBR as “A haunting modernization of a classic tale…” and AiPT.com praising the series as “…a masterpiece of a Harley Quinn Story” this hardcover collects writer/artist Stjepan Šejić’s three issue series, re-imagining Dr. Harleen Quinzel’s descent into madness and transformation into Harley Quinn, including her seductively dangerous romance with The Joker.

The collected edition also includes a variant cover gallery, a graphic timeline of the making of Harleen, and a look at the original script outline alongside the corresponding pages. Harleen carries DC’s Black Label content descriptor (for mature readers Ages 17+) and is available everywhere books are sold for $29.99.

For more information on Harleen and the World’s Greatest Super Heroes, visit the DC website at www.dccomics.com, the DC YouTube channel or follow on social media @DCComics and @thedcnation.

This is awesome news and DC Comics and Stjepan Šejić should be proud! Hopefully this inspires more unique and groundbreaking stories in the future.

Have you picked up Harleen? What did you think? Let us know!