“The Kandor Compromise” – Part One 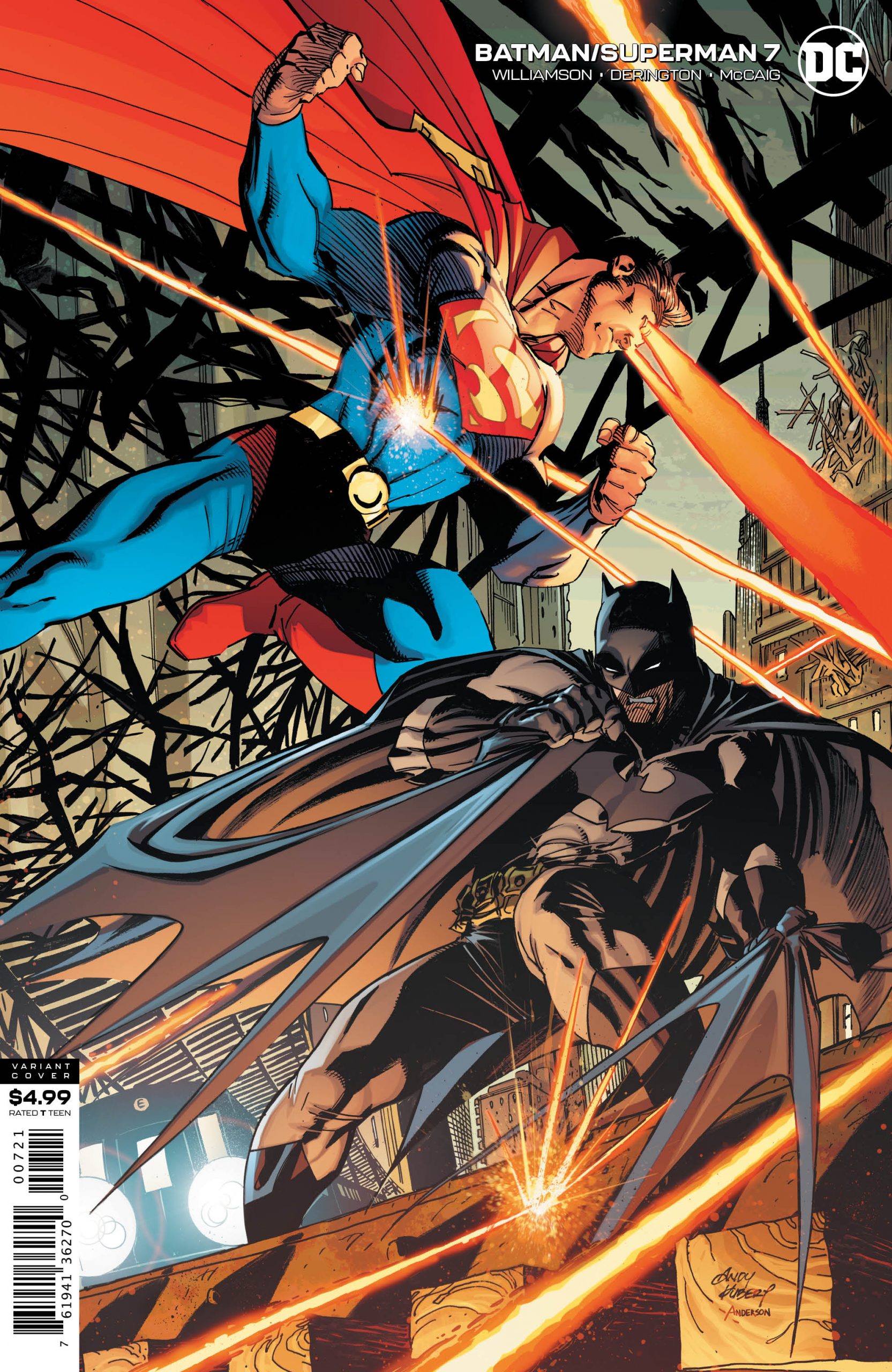 Krypton’s mightiest general squares off against earth’s deadliest assassin in this week’s fun and fresh Batman/Superman #7.

Batman/Superman #7 requires a bit of context. In case you missed the memo, Kandor was destroyed. Rogol Zaar, the behemoth responsible for destroying Krypton, broke into the Fortress of Solitude and smashed Kandor (see Man of Steel). Superman eventually defeated Zaar with the help of his long-time enemy, General Zod. After everything was said and done, Zod and Superman made a truce, and everyone went on their merry way (see Superman “The Unity Saga”). That is – until General Zod learned about Lazarus Pits, which brings us to this week’s Batman/Superman.

The issue opens with the World’s Finest on Stryker’s Island, investigating the Kryptonite Man’s exhumed body parts. Suddenly, Ra’s al Ghul appears, wielding a sword made of synthetic Kryptonite. After a brief skirmish, Ra’s explains that Zod is planning on using the Lazarus Pit to revive the miniaturized Kryptonians of Kandor. He then convinces Batman and Superman to join him in stopping Zod.

Once again, Joshua Williamson has proven himself a valuable commodity for DC. He’s absolutely brilliant at writing in continuity. “The Kandor Compromise” is the second storyline in this incarnation of Batman/Superman and the second arc that picks up loose plot threads seeded in other titles. Considering how well the “Infection” story arc went, “The Kandor Compromise” should be a blast. Williamson’s set up is fun and interesting, pitting two major villains against each other. Not to mention that his cliffhanger is fantastic. Seriously, this was a well-written issue. 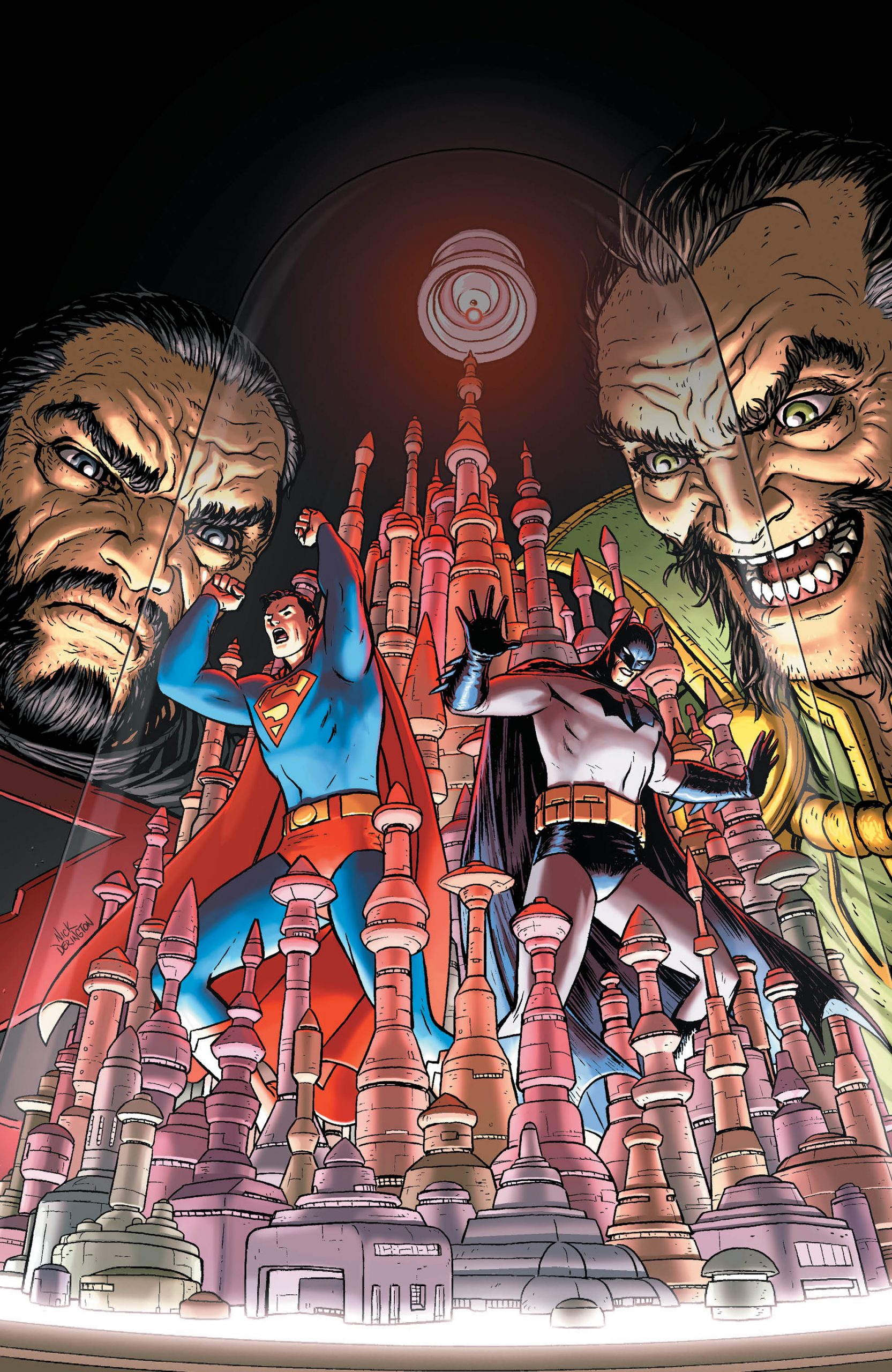 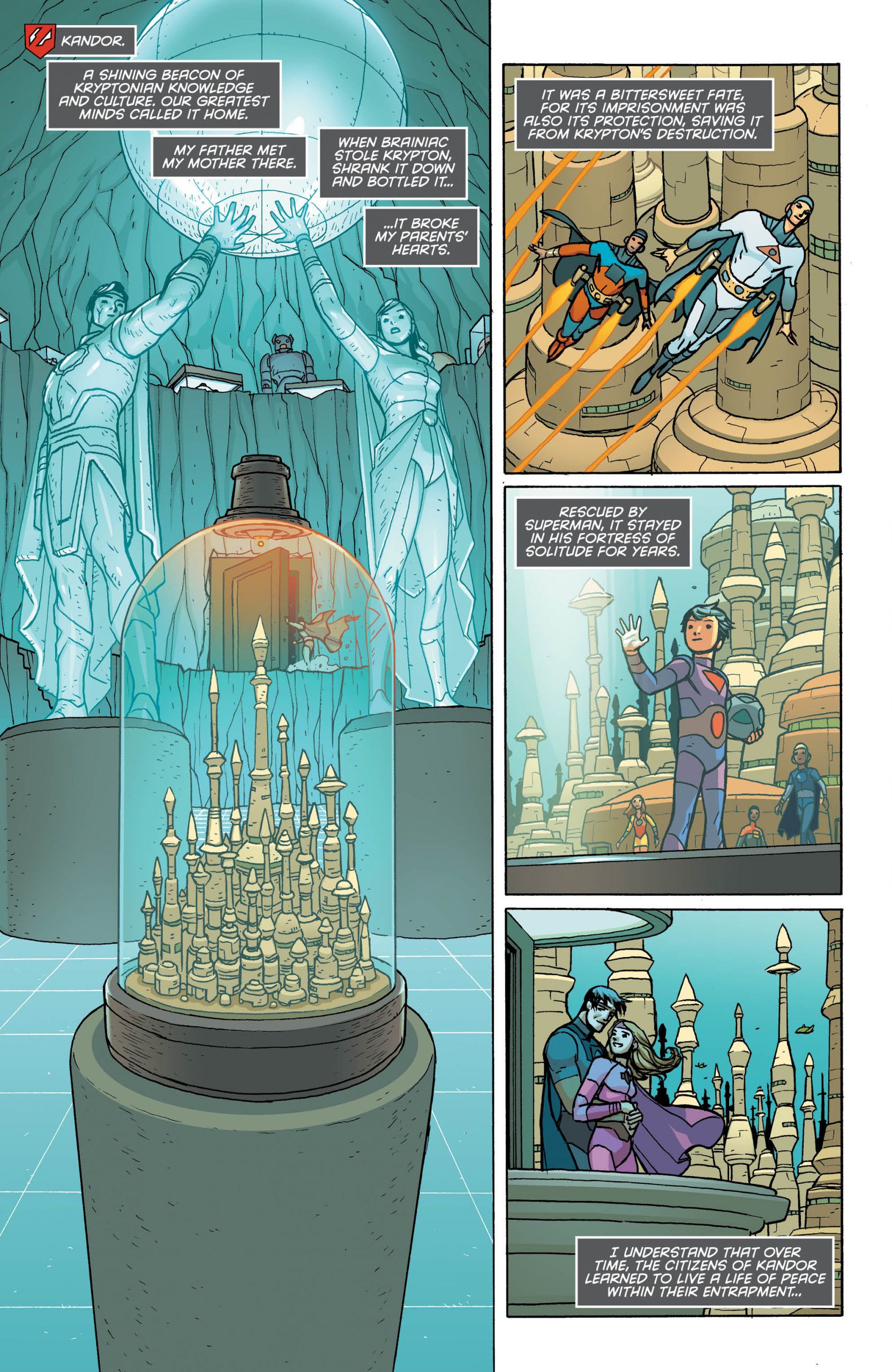 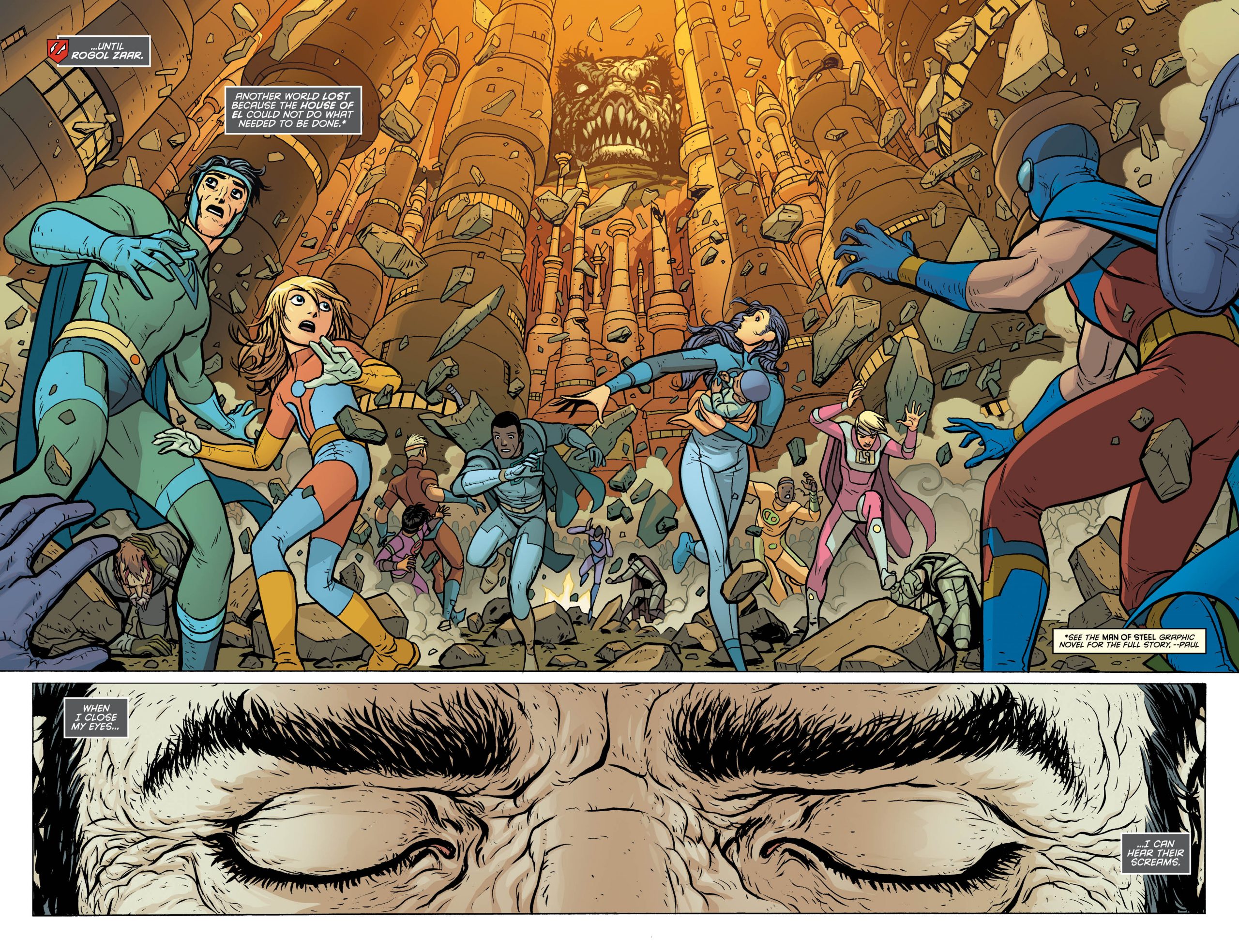 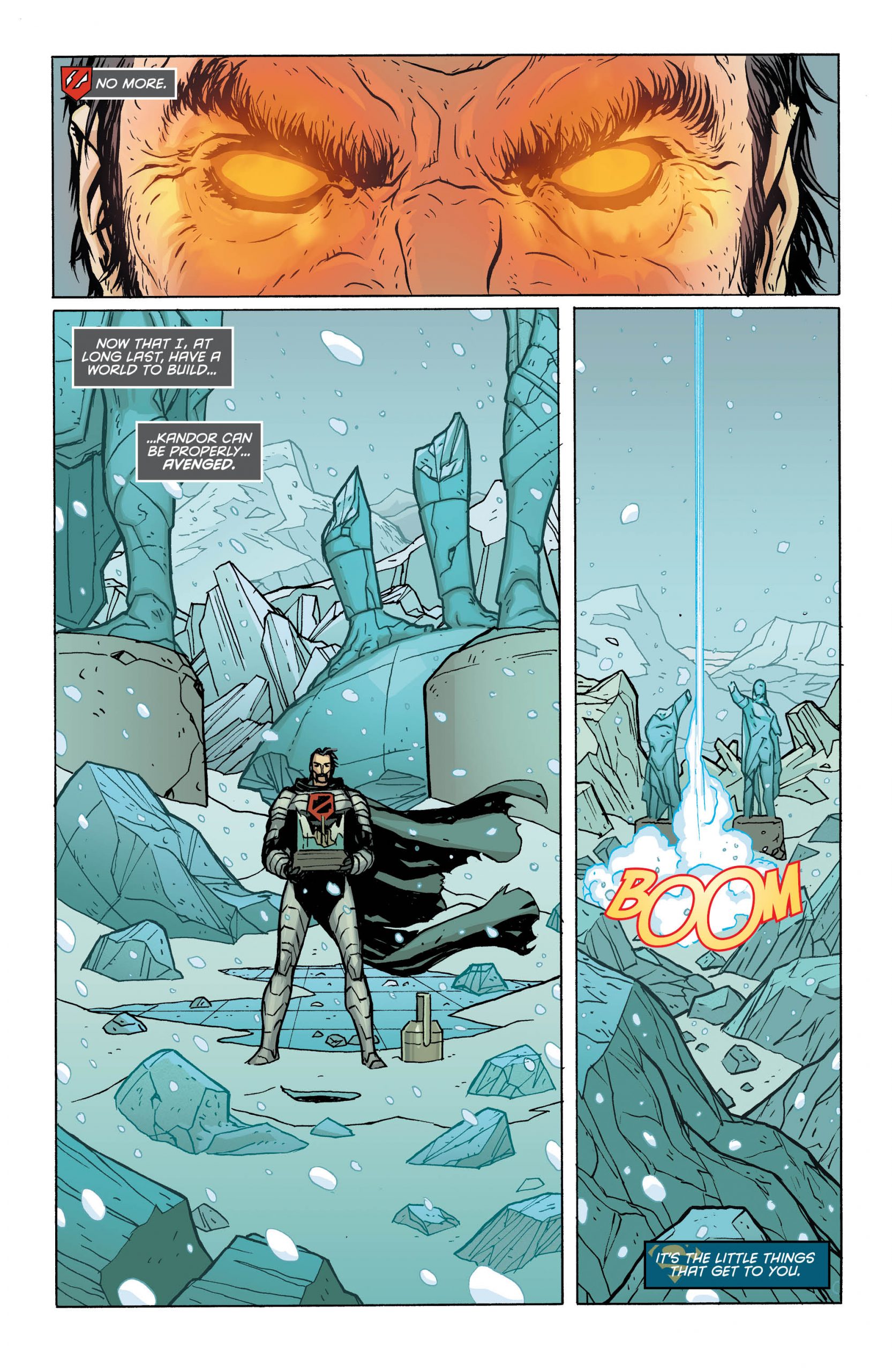 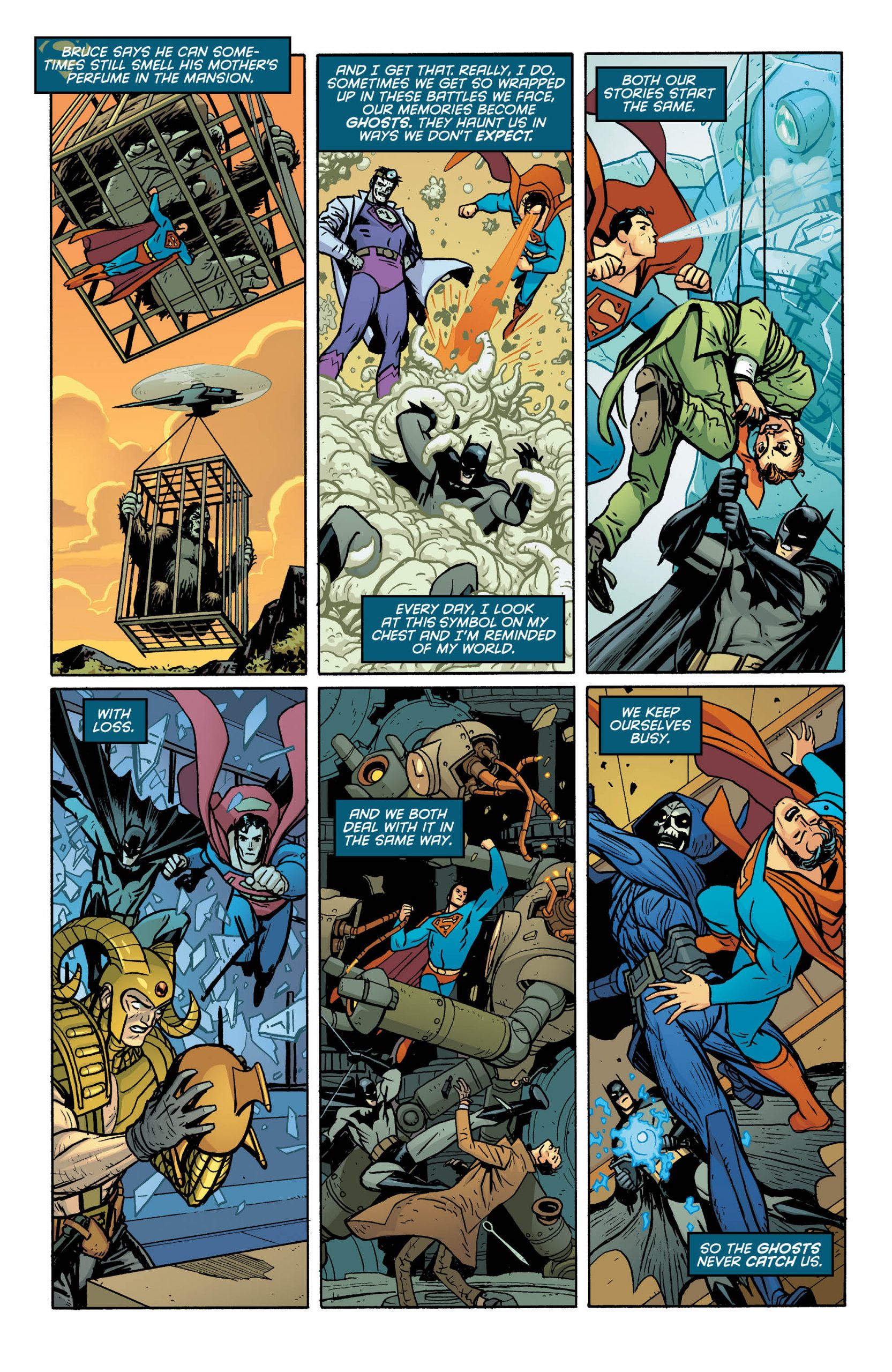 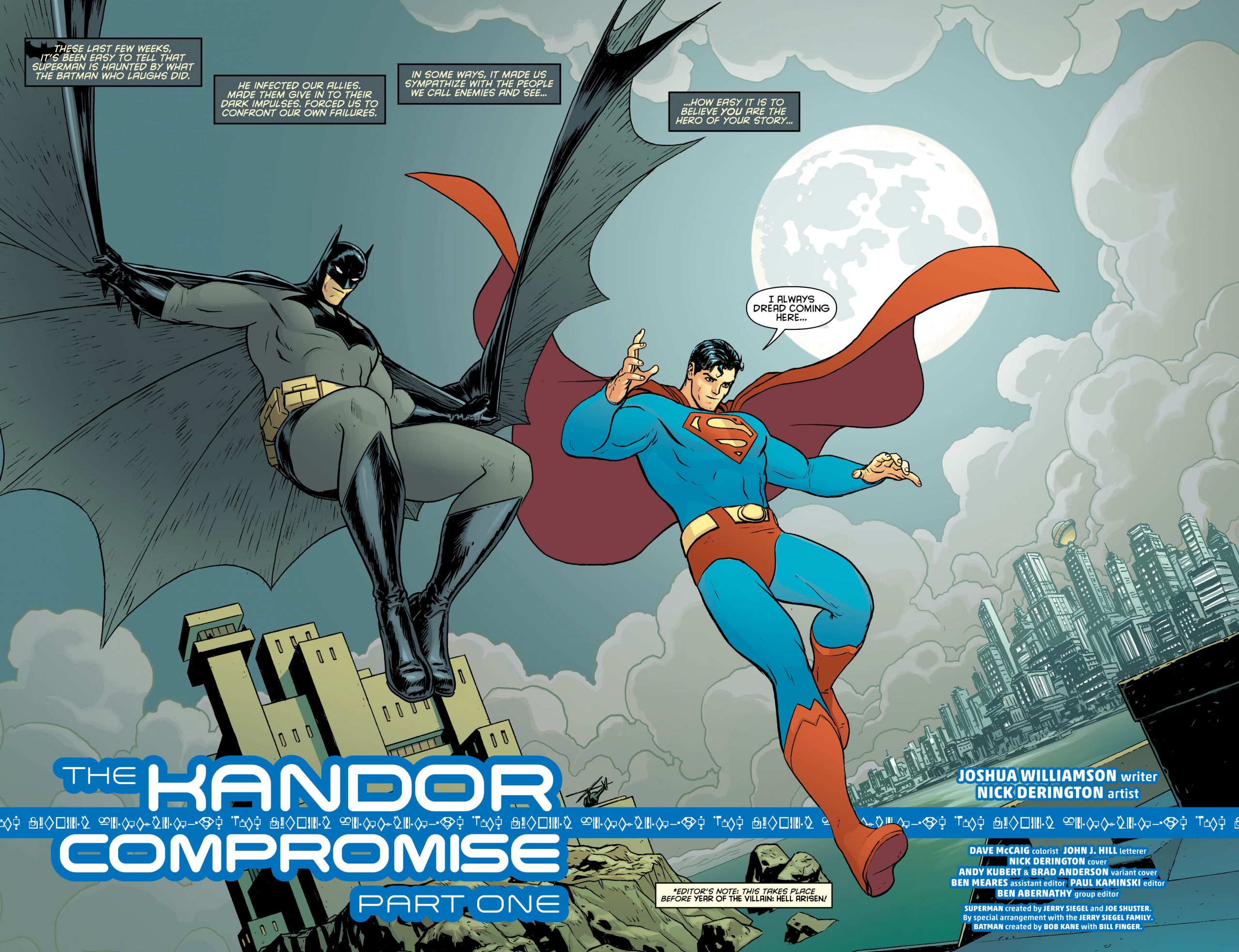 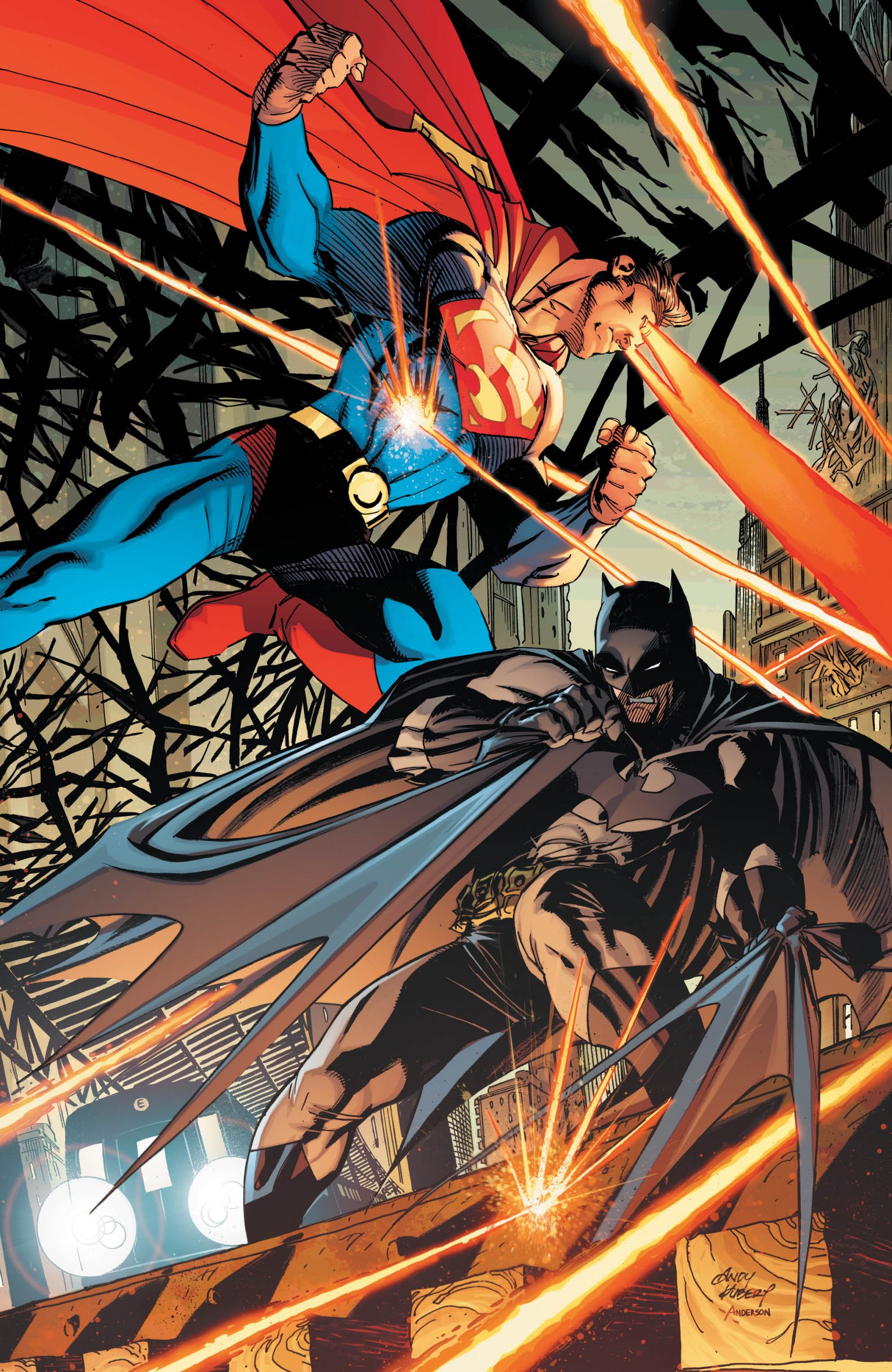 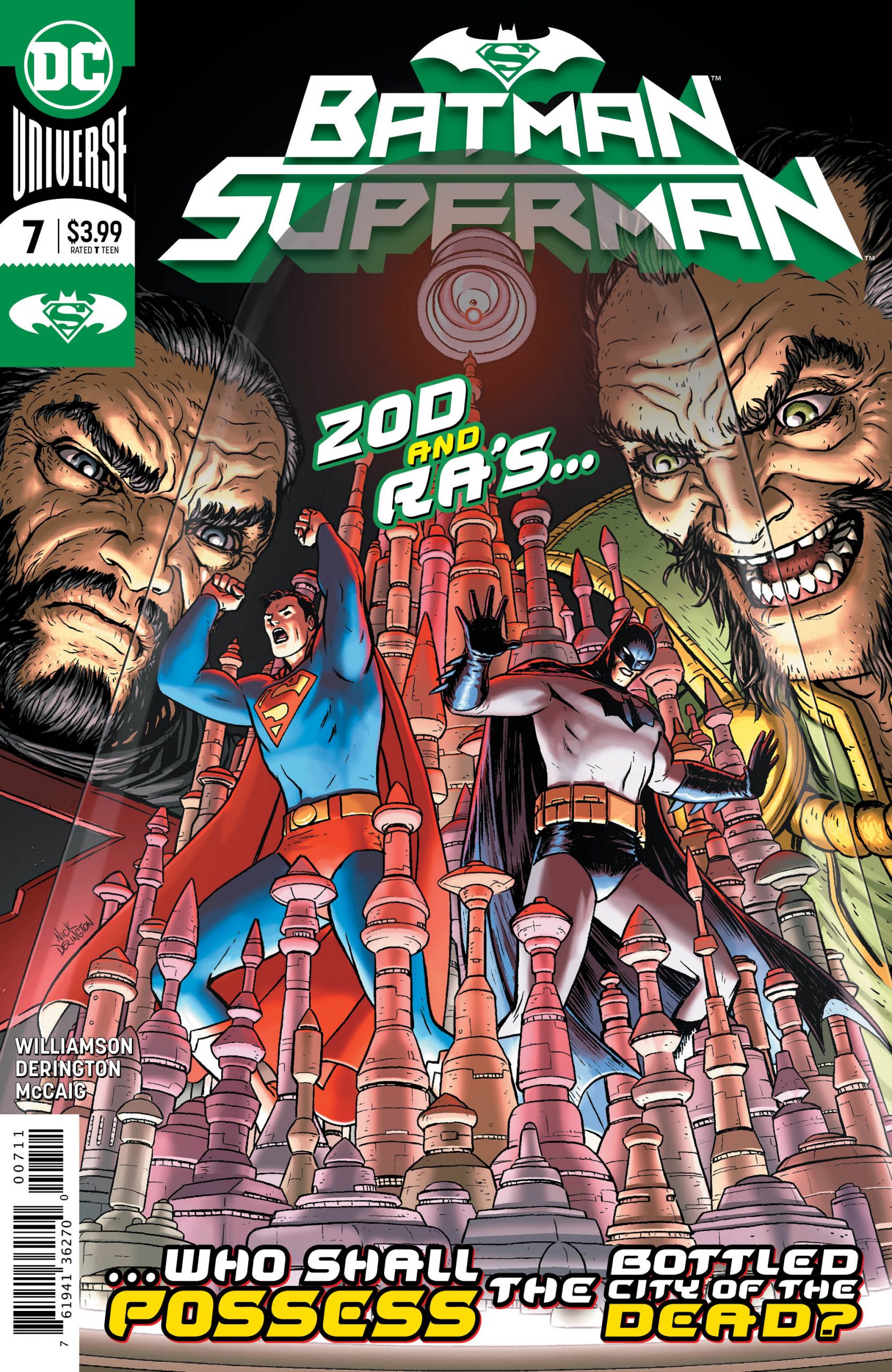 New Kid on the Block

Batman/Superman #7 introduced a new artist, as Nick Derington replaced David Marquez. Derington (known for his work on Batman Universe, Doom Patrol, and The Mighty Thor) has a cartoony aesthetic which a distinct break from Marquez’s more “realistic” work. Nevertheless, Batman/Superman #7 looks fantastic. Derington’s work is unique and stylized, thereby creating a novel reading experience. Overall, the paneling is well-paced and the action sequences are expertly choreographed.

In short, Batman/Superman #7 is a boat-load of fun. Williamson’s script is fun and exciting. Derington’s art is absolutely stunning. Essentially, this is an A-list team telling producing an A-list product. My only hesitation about this arc is that readers may find themselves minorly confused if they aren’t familiar with Bendis’ work on Superman. But, hey… that’s comics.

Final Verdict: Give this one a read.