Batman Ninja is getting a live-action adaptation in Japan. Announced in 2017 and released in 2018, this DC Animated Movie gave a unique take on Batman and his world.

Directed by Junpei Mizusaki, Batman Ninja is an anime-style movie that shows Batman and his allies transported to feudal Japan. They must stop Gorilla Grodd from taking over the city while fighting Japanese versions of classic villains such as Joker, Harley Quinn, Two-Face and Poison Ivy.

If you ever wanted to watch Batman battle the Joker in a samurai duel, complete with castles that turn into Sentai battle robots piloted by Batman villains, this is the movie for you!

Earlier this week, Otaku USA announced that Batman Ninja is now getting a live-action stage play adaptation and will be performed in a Japanese theater from October to December of this year.

Batman Ninja Leaps to the Stage as Play Adaptation in Japan https://t.co/FDgv4alsTN pic.twitter.com/wzPER69uWv 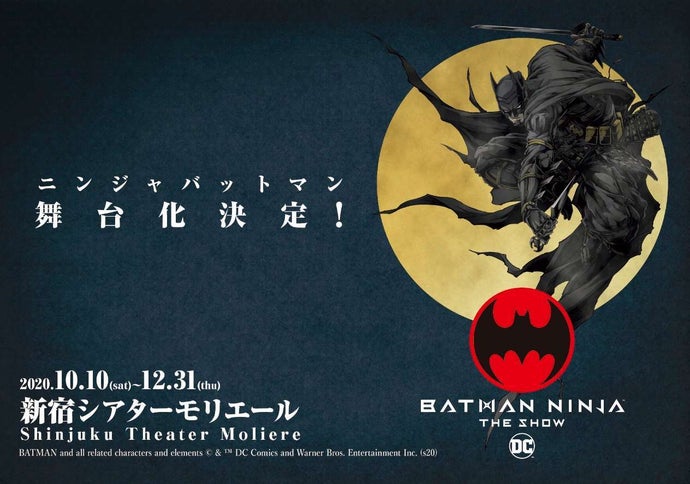 Personally, I have never seen an anime adapted into a live-action play before, so I can only imagine how it will translate. But, if it’s anything like the movie, it will certainly be a bizarre and unique Batman experience.

What were your thoughts on Batman Ninja? Let us know!

Batman Ninja is available on Blu-ray and your preferred digital store. It is also available to stream on DC Universe.