“Invasion of the Supermen” – Part One 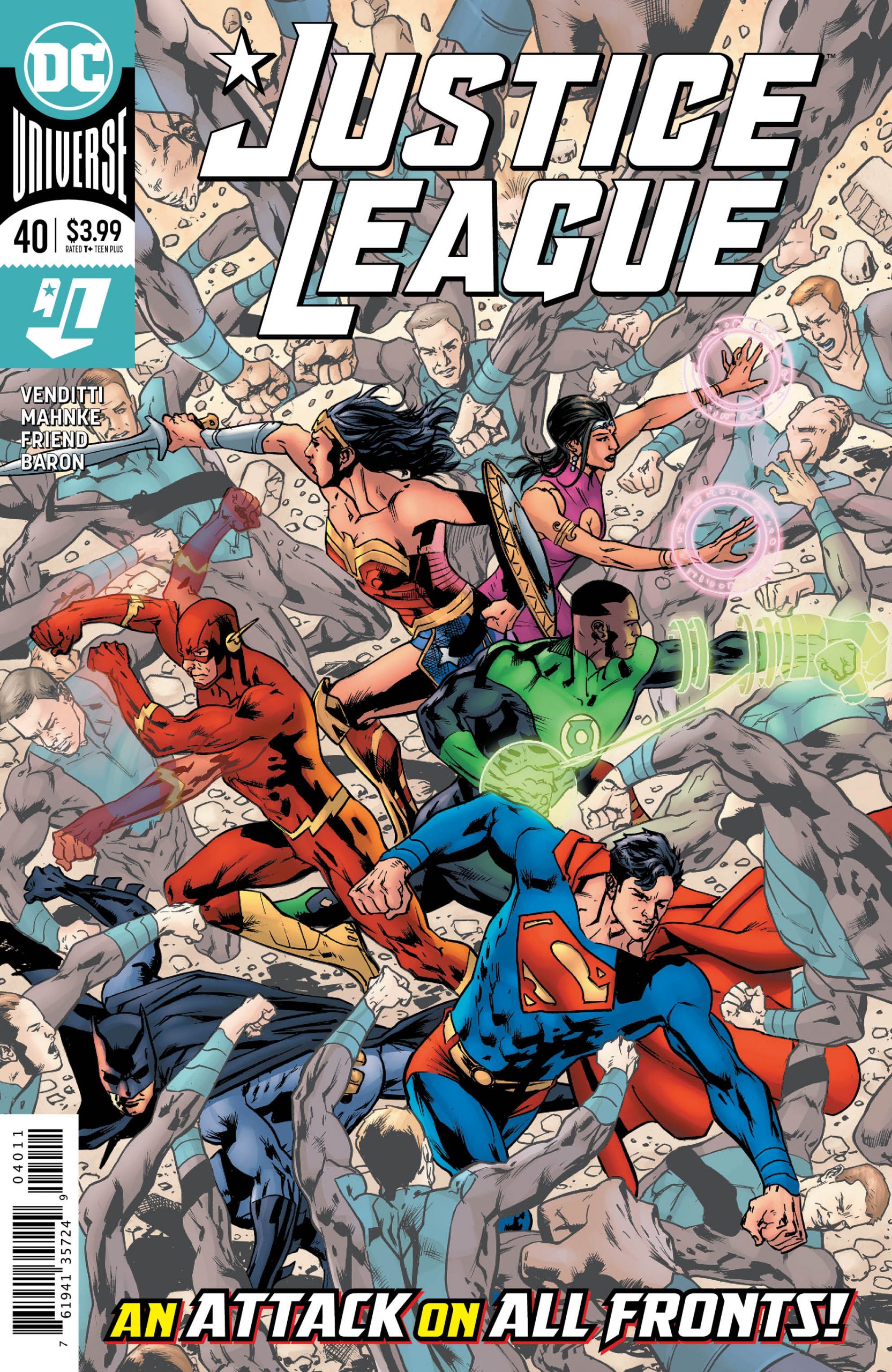 A new day brings a new threat for DC’s greatest heroes, as Justice League #40 ushers in a fresh creative team, signifying a clear break from the last run.

The issue opens with a bang, as the League investigates a crash-site where an alien that has fallen from space to Earth. Upon arrival, the team encounters an unconscious Sodam Yat. For those who don’t know, Yat is a Daxamite – an alien race that’s second cousins to Kryptonians. Sodam is not only a Daxamite but he was also a Green Lantern once upon a time. After returning to consciousness, he warns of a coming invasion: The Eradicator has used Daxamite DNA to breed an army of super-soldiers, which is currently making a B-line toward Earth.

I do not envy Robert Venditti, I really don’t. He’s been given the incredibly difficult task of following the Snyder/Tynion era of Justice League. I’m predicting that their run on the book will eventually be regarded as one of the defining runs of the franchise. No one wants to follow that act. Nevertheless, Venditti delivers a fun, albeit safe, script. 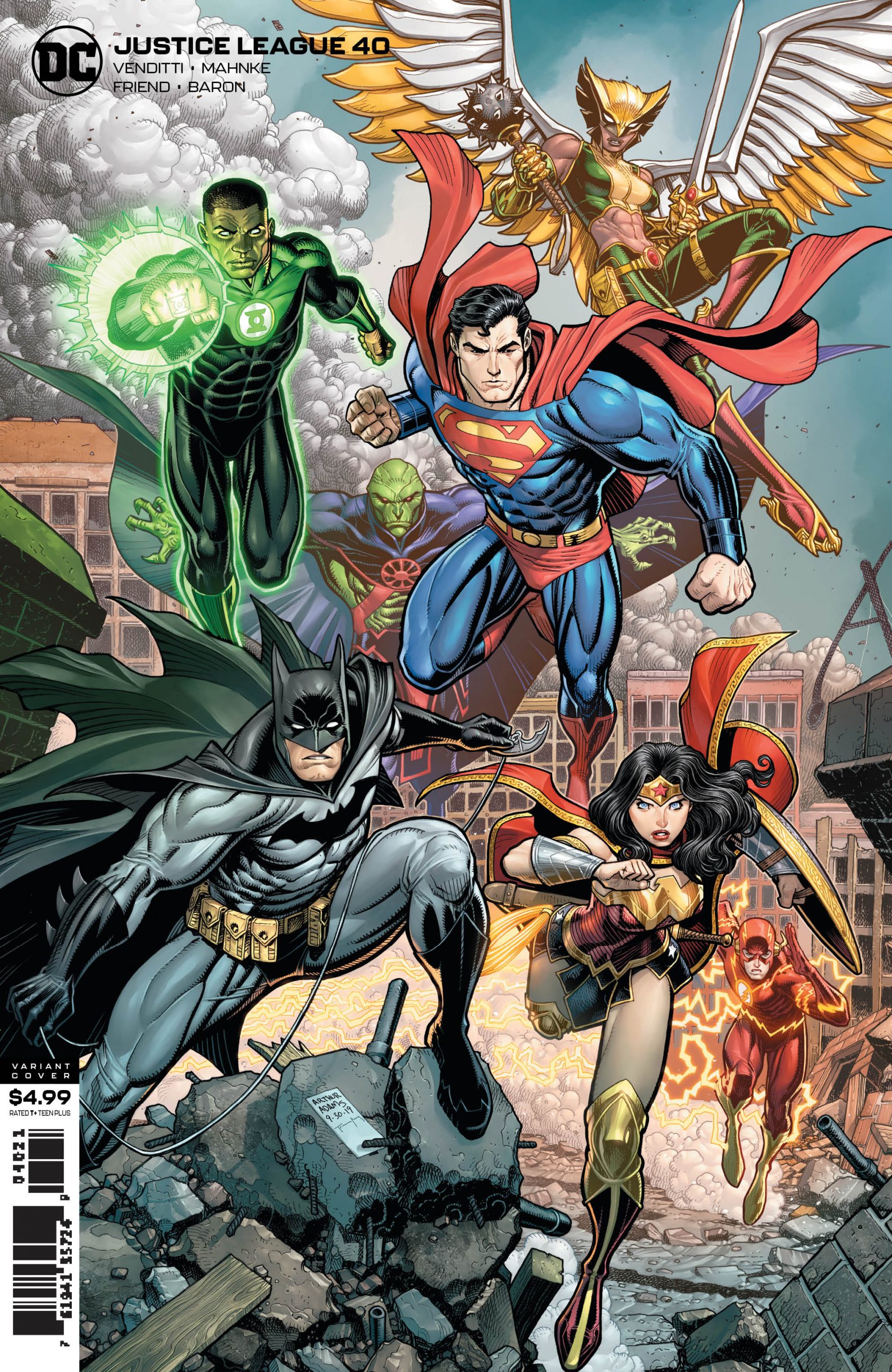 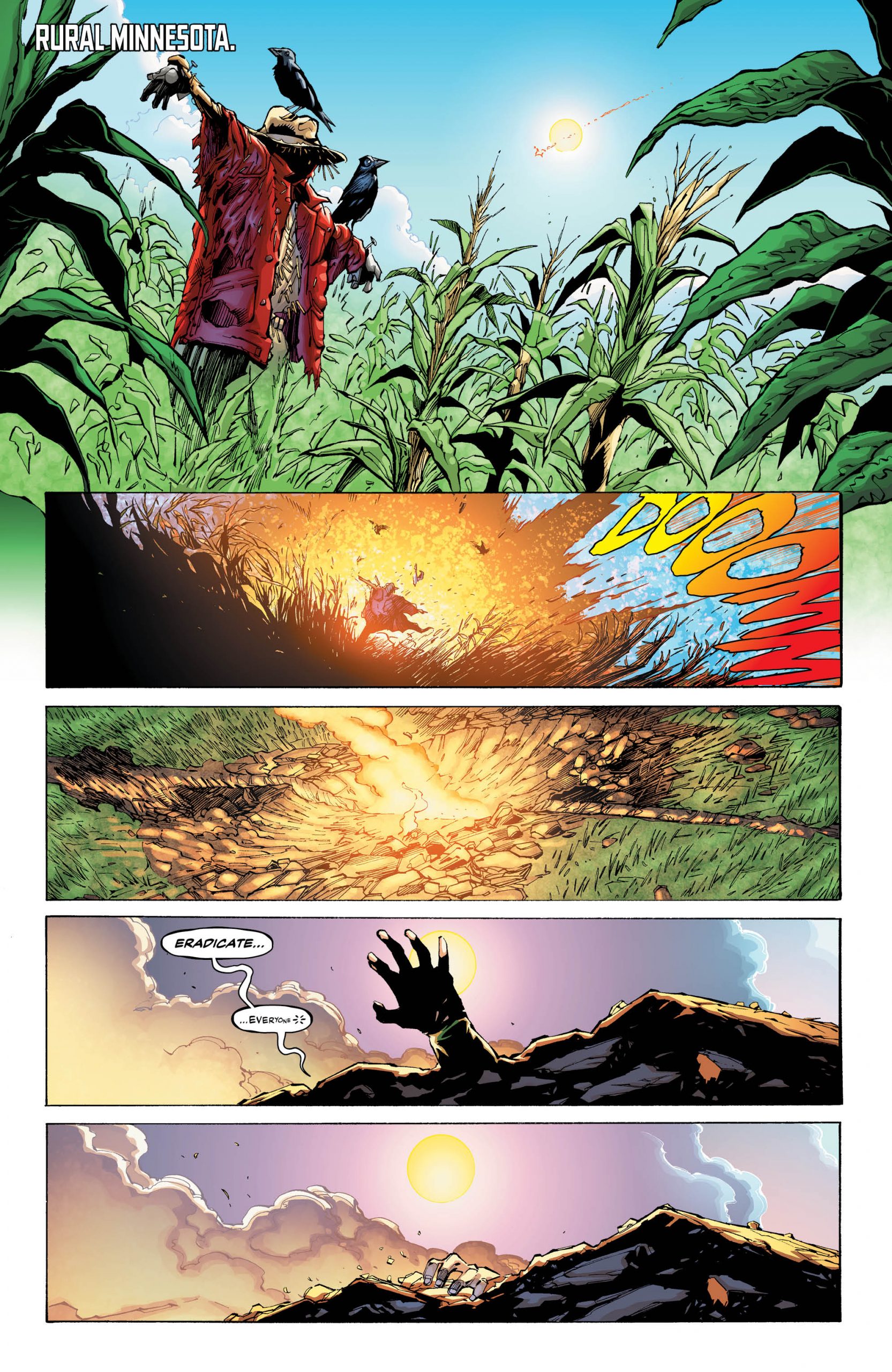 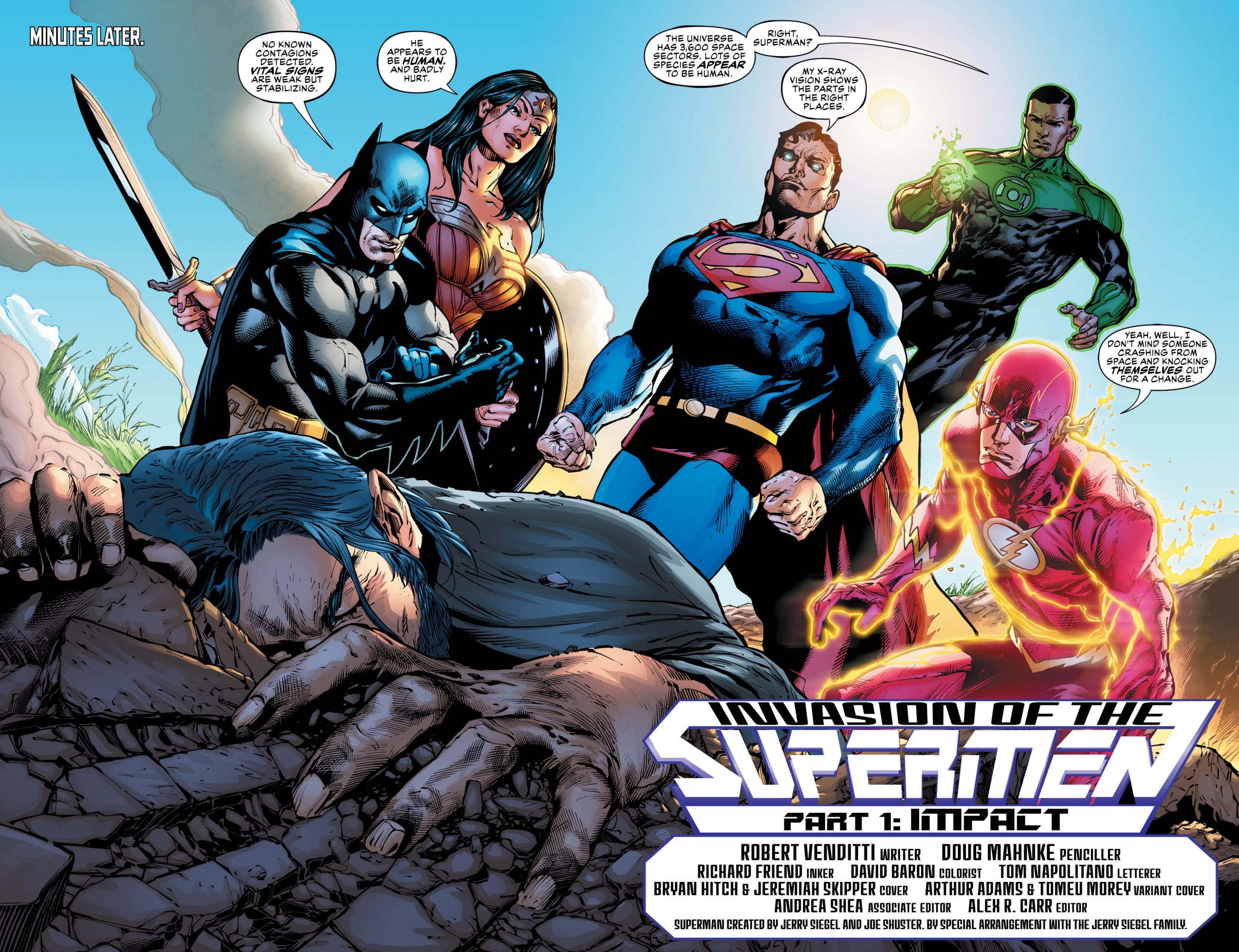 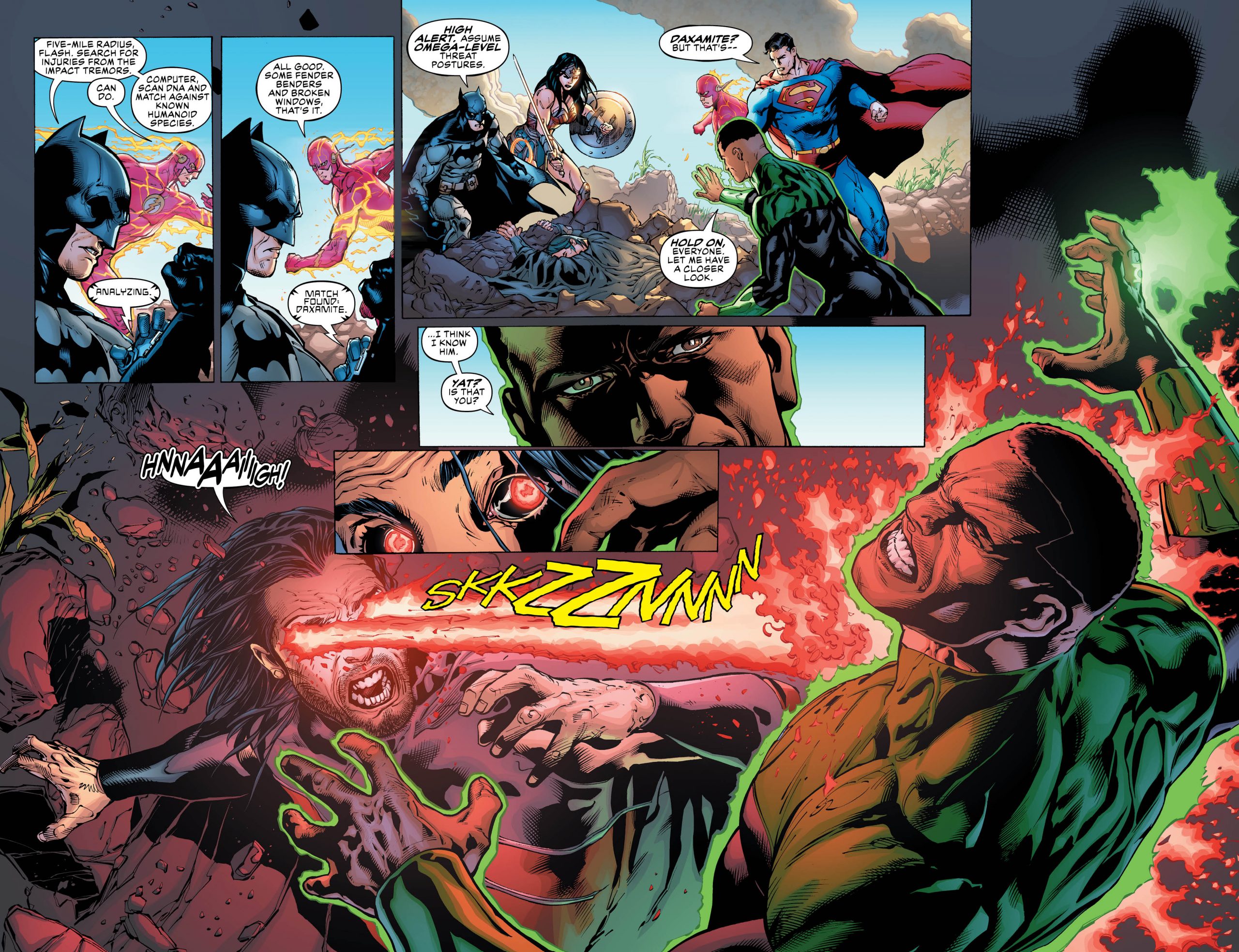 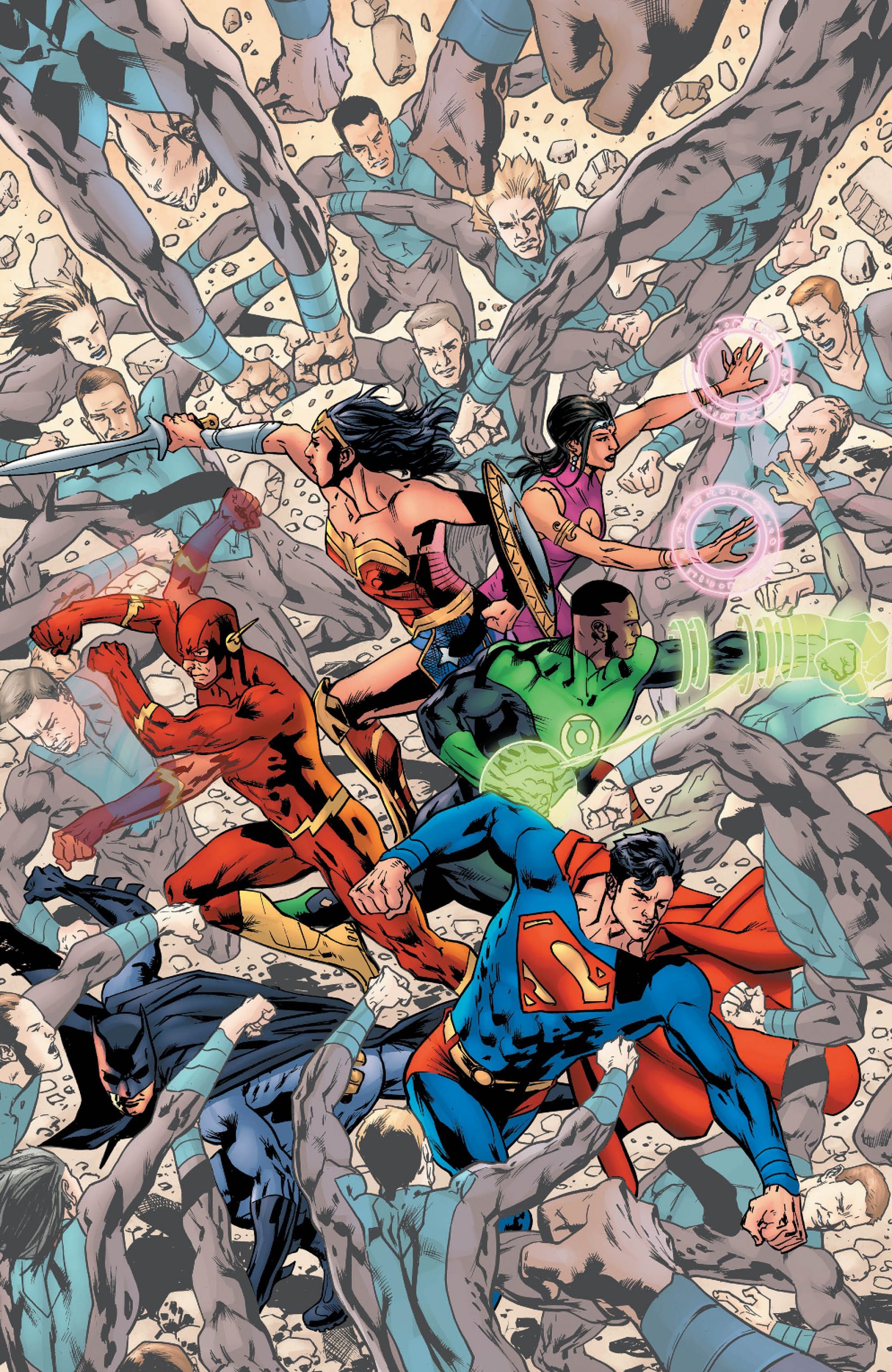 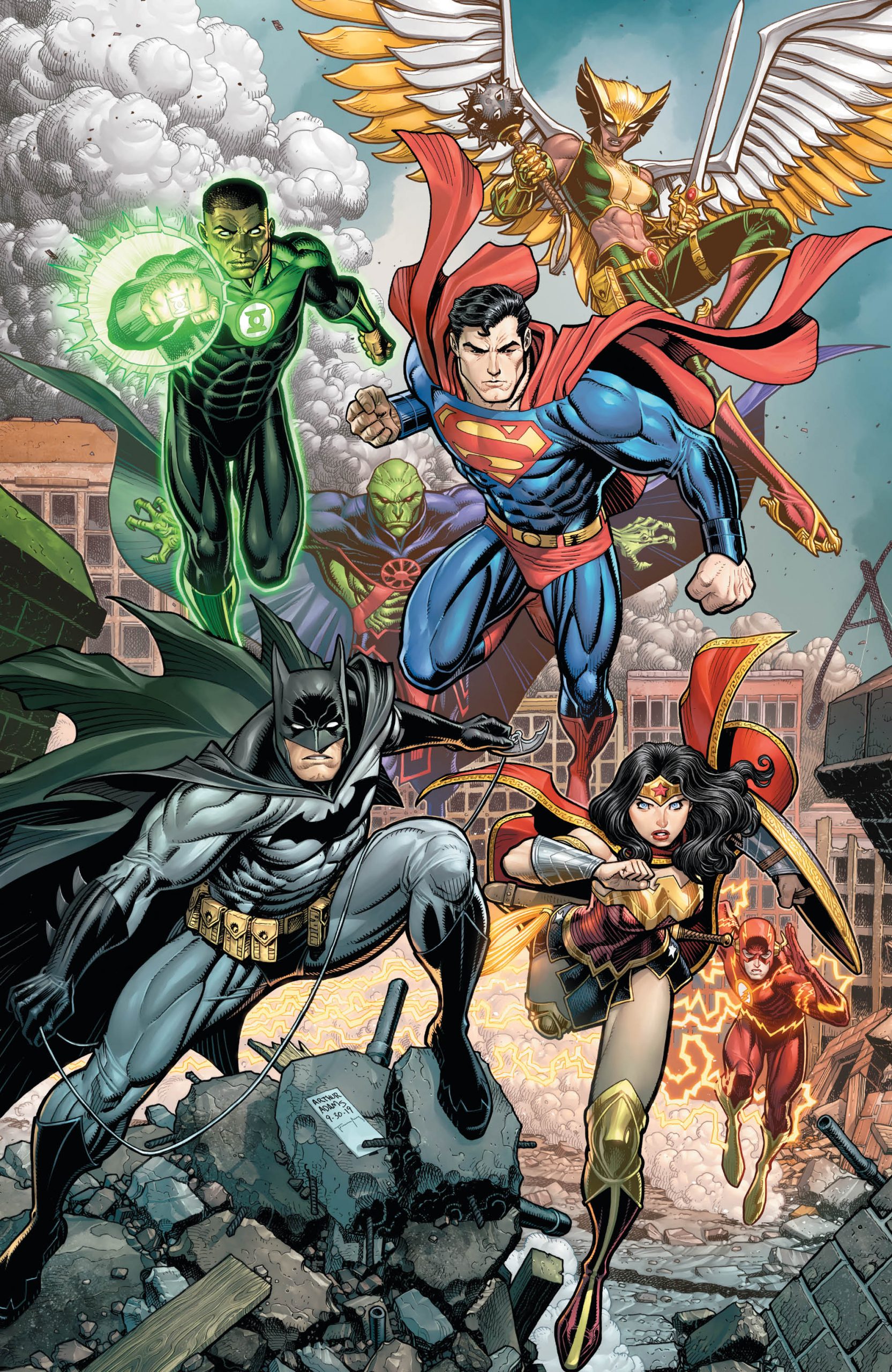 We clearly have a writer who has a great grasp of the characters, and he’s leaning into team dynamics as a key feature of the book. The conflict between John Stewart and Batman works well, as both men struggle with the burden of leadership. There’s also a great interaction between Wonder Woman and Flash, where Dianna questions Barry’s ability to make snap decisions.

Where Venditti stumbles is with his set-up: are we really focusing on another alien invasion? Justice League just finished an arc that featured an army of alien Apex Predators. Not to mention that Brian Hitch’s time on the book back at the beginning of Rebirth also featured alien invasions. Now, while it’s safe to say that the League has faced a fair share of alien incursions, I will grant Mr. Venditti a pass for his clever use of continuity. Justice League #40 reintroduces some great characters and concepts such as The Eradicator, Sodam Yat, and the Daxamites. By pulling from DC’s legacy, Venditti sets up an alien invasion story that carries the weight of continuity in a way that some of the previous, more generic Justice League stories do not.

Doug Mahnke’s work is weird. His layouts are fantastic. His panels are wonderfully detailed. His bodies are stunning. But his faces… I find them a little bizarre. I’m specifically thinking of Superman, whose cheeks look sunken and malnourished. Please don’t get me wrong: Doug Mahnke is a very talented artist, and he’s worked on some of DC’s biggest titles. Frankly, it was a smart move putting an A-List artist on this run considering his predecessors… but, man, every time I see his work, I can’t help but feel that his facial structures are off-kilter.

Justice League #40 is good, but not great. Robert Venditti delivers a fun but safe script that will please the average reader. Doug Mahnke… well… he’s Doug Mahnke. If you like his work, you’ll like this issue. Part of me can’t help but think that Venditti’s tenure on this title may be temporary – a filler until DC appoints the next blockbuster creative team that puts the Justice League at the center of the DCU.

Final Verdict: It’s good, but don’t expect it to blow you away.

Are You Ready? This Punchline Will Kill Ya!