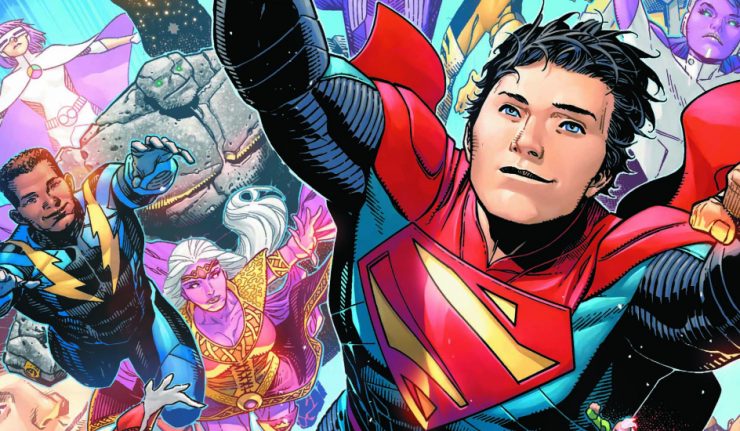 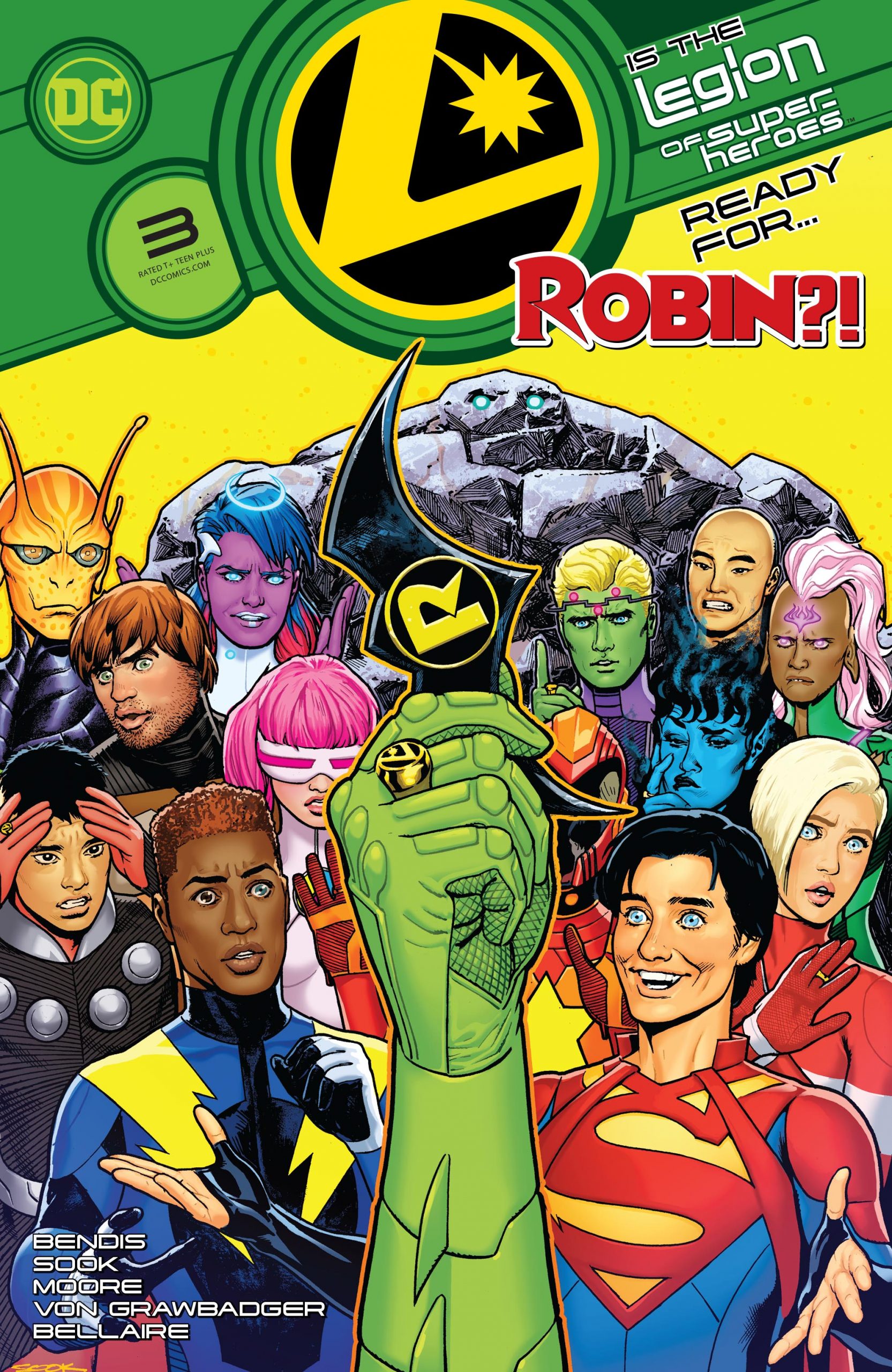 Welcome to the 31st century! You knew there was no way Jon Kent was going to leave his best friend behind, so in In Legion Of Super-Heroes #3 it’s welcome to the future, Damian Wayne! (This is such a terrible idea!) Also, meet the new Legionnaires as they head to a secret undercover mission on the first man-made planet: Planet Gotham. Every page of this new DC epic plants seeds and ideas that will blast out across the DC Universe for months to come! All this, and Monster Boy is on the loose!

Eisner Award-winning writer Brian Michael Bendis re-teams with master artist Ryan Sook (Action Comics) for one of the most ambitious mainstream comic books ever created! Bendis juggles an incredible cast of characters with ease. Again, the best attribute this comic has is the virtual name tags that Ryan Sook has hovering around the heroes in certain frames. It creates so much more for the reader and makes following the storyline so much easier! Why didn’t Bendis suggest this for the X-Men when he was at Marvel?

Guess who’s stopping by for dinner?

As indicated on the cover, Damian Wayne – aka Robin/aka Batman’s son – is not exactly what the Legion planned on, when they brought Jon Kent to the future. Damian’s body isn’t adapting so well to this future either! Specifically, Irma (Saturn Girl) springs into action when Jon and  Damian find themselves in a skirmish with Crav, the General Nah who wants the Trident back. That being said, Saturn Girl knows that Damian has a special place in history and for him to fulfil it, he has to go back. Imagine if a major historical figure such as JFK or George Washington showed up at your doorstep and it was well before the time he was to do something special? Bendis captures that in his writing. 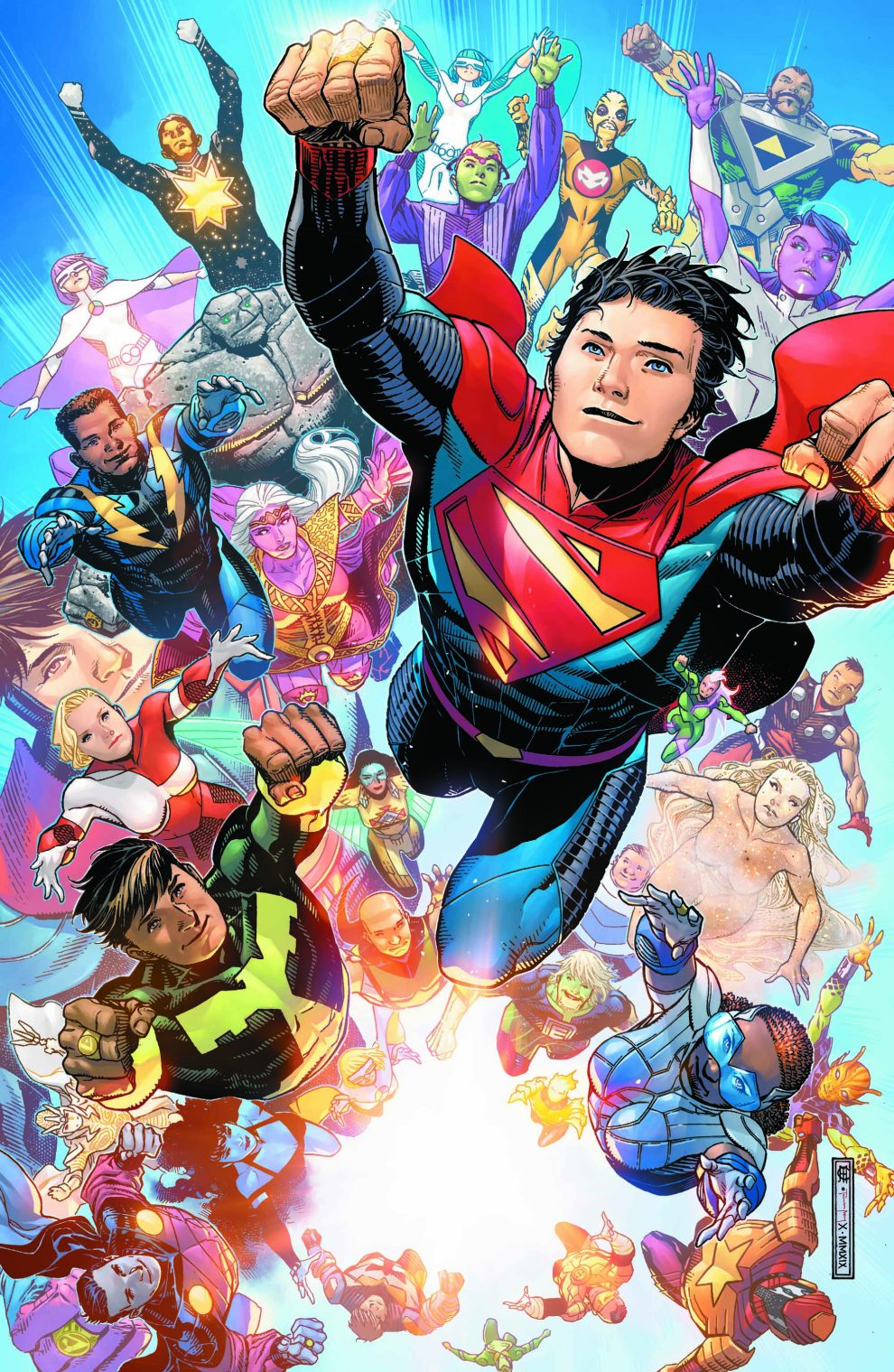 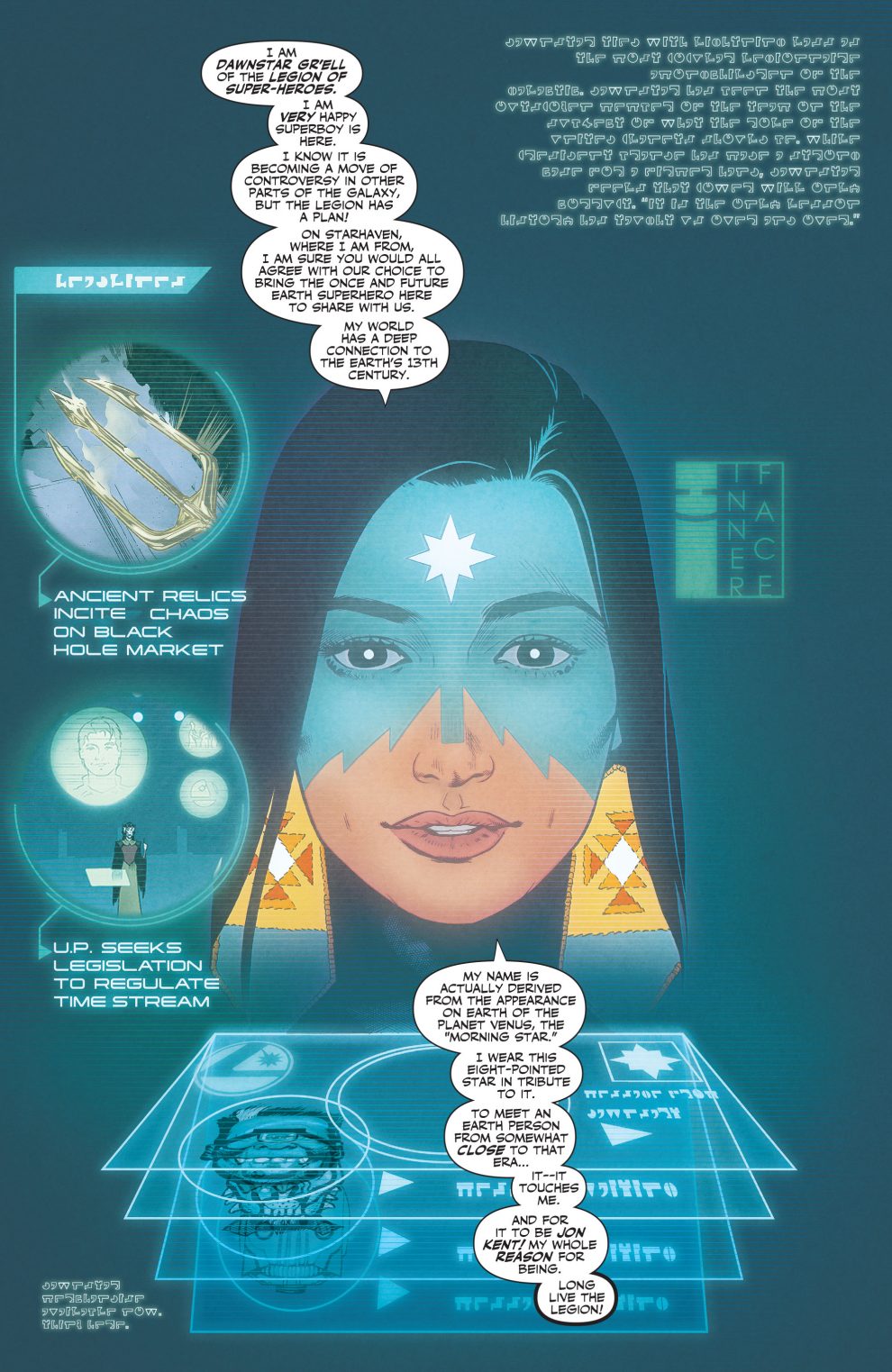 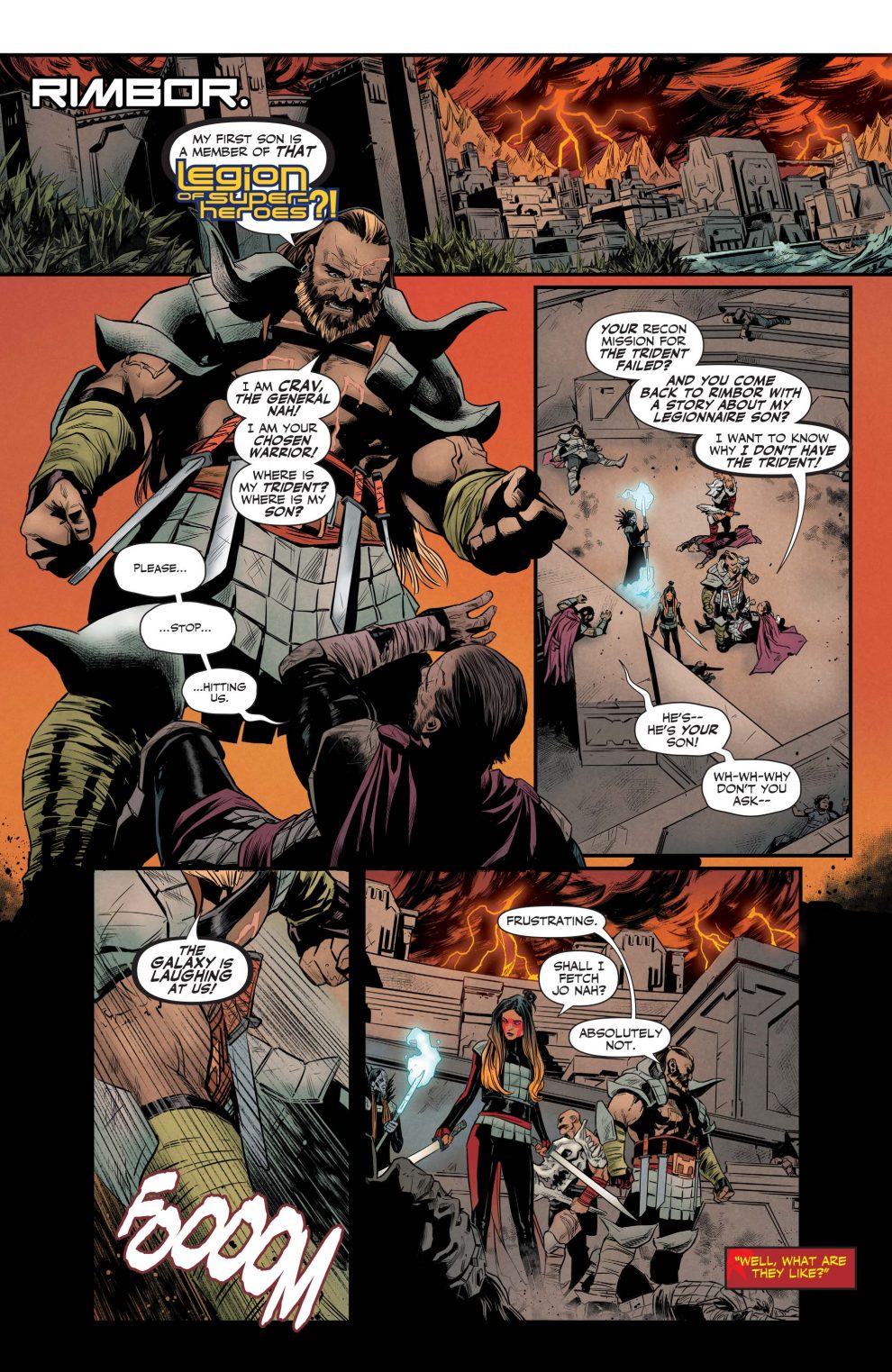 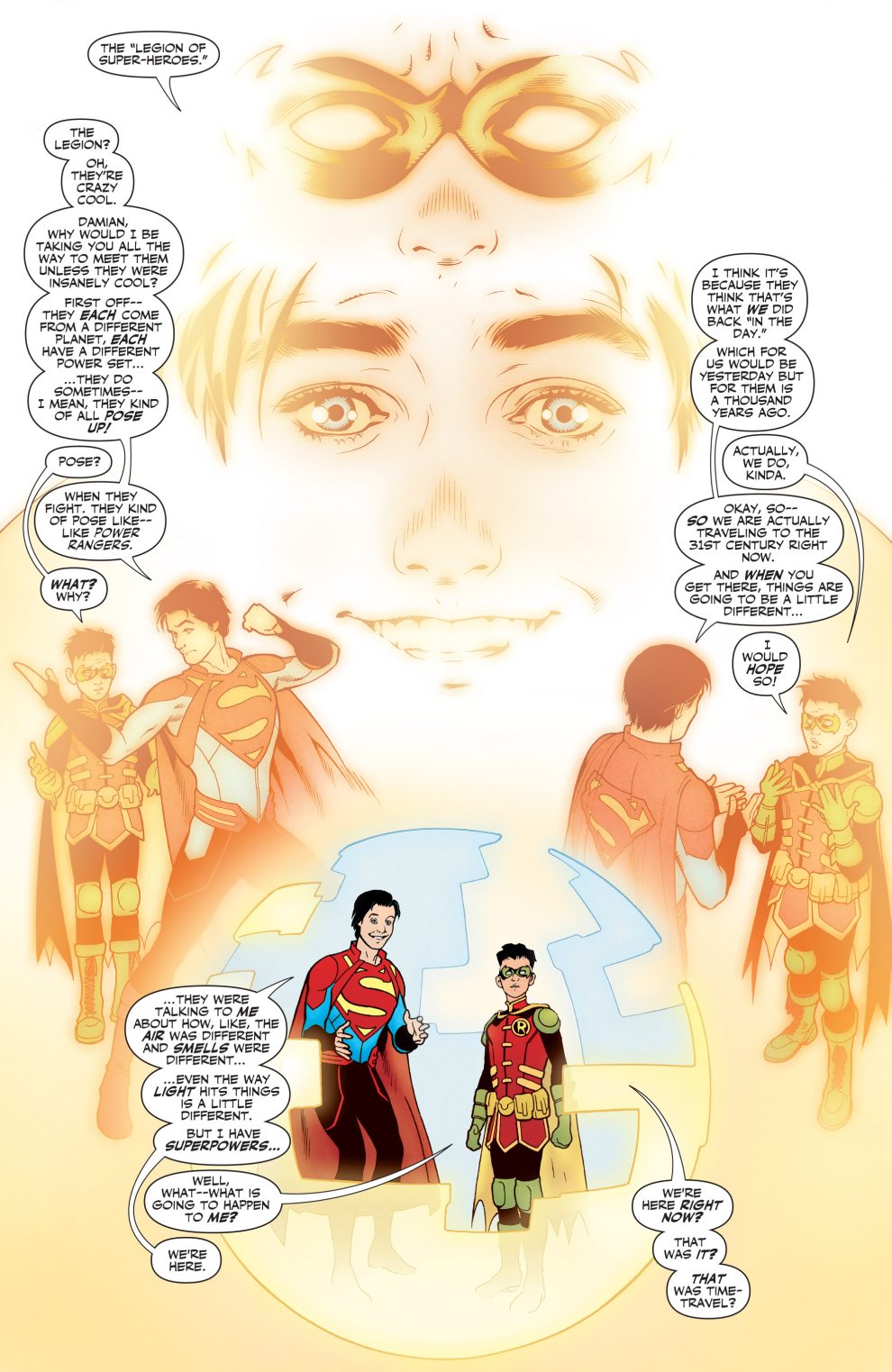 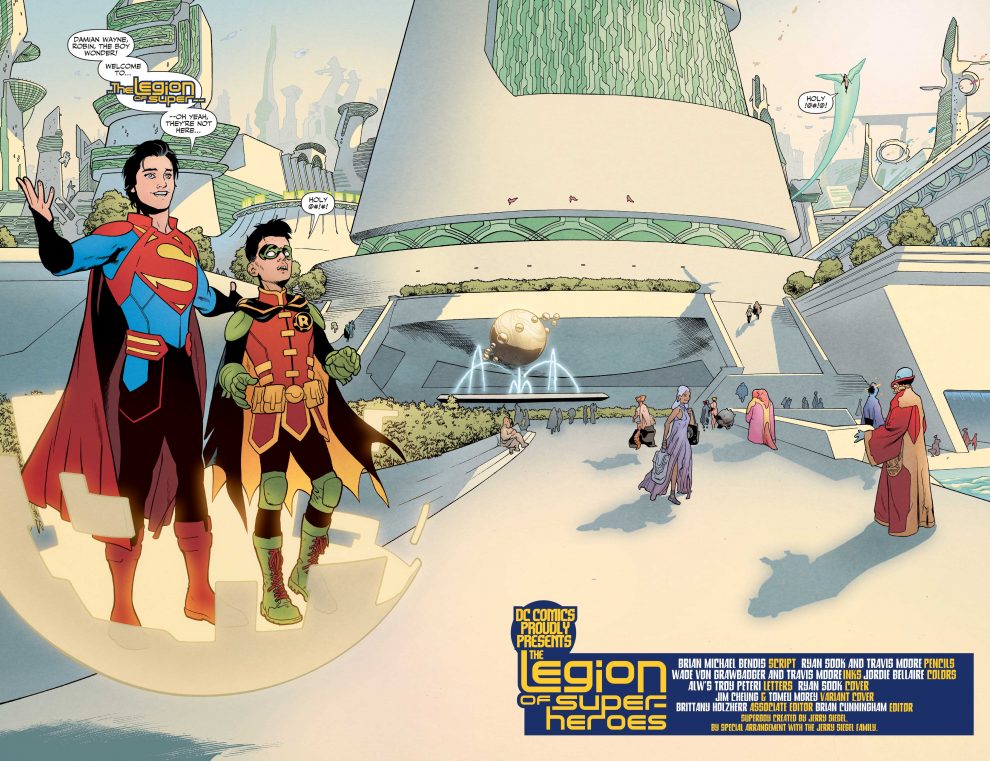 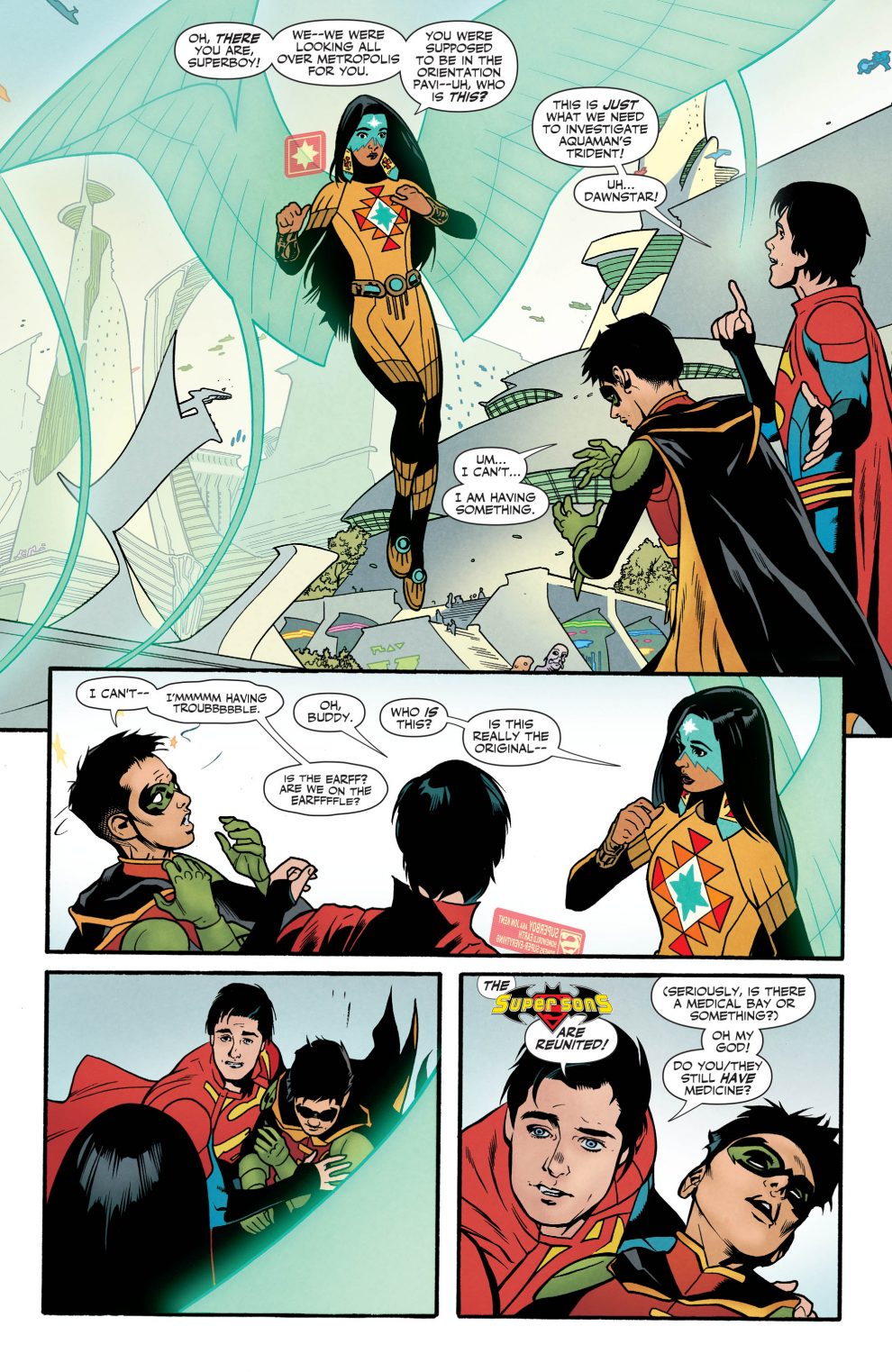 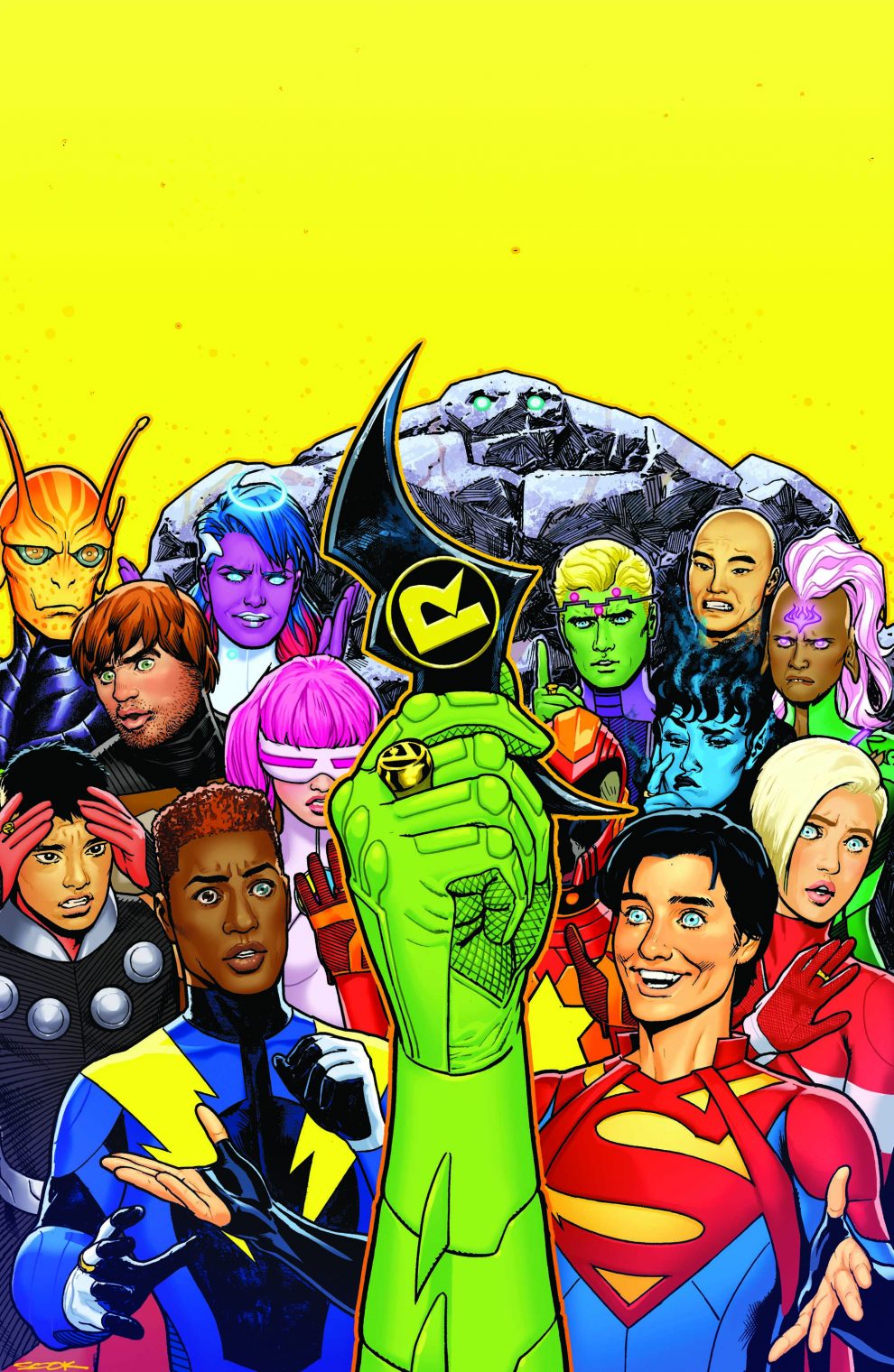 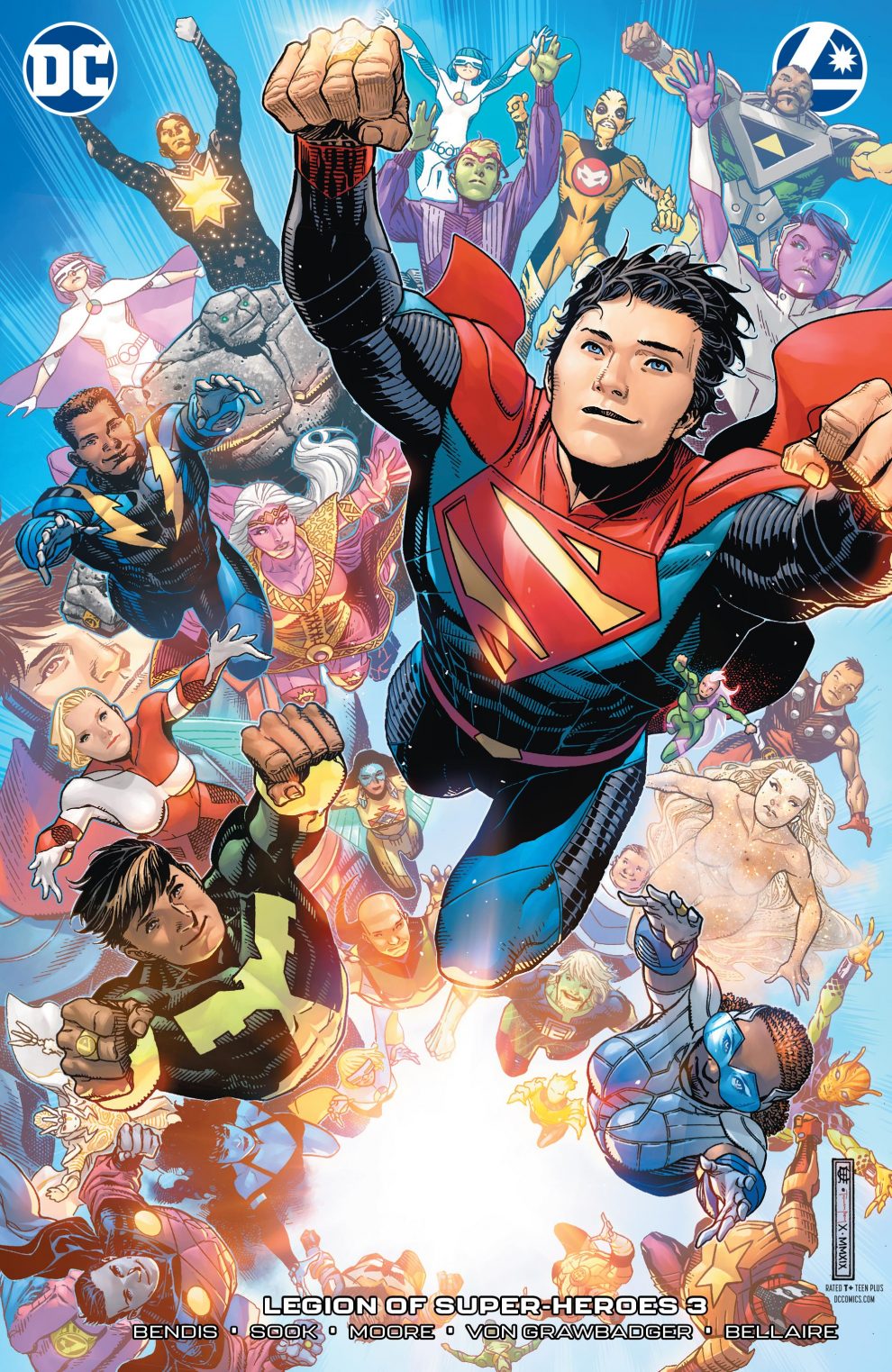 How is  everyone related?

They’re young, they get into tense situations.., so there’s bound to be some romance, right? Spill the beans, already! Cosmic Boy and Shadow Lass are dating… did you know that? Apparently Mon-El wants to know! Speaking of Mon-El, what was the exchange between Superboy and Triplicate Girl about? Apparently he’s actually Jonathan’s… way to keep us hanging there Brian Bendis? Next issue perhaps?

Since Superboy’s arrival the Legion seems to get into its own way, as for every “good” move they make, they apparently take seven steps back, both in reputation as well as in the political climate in this time stream. Bendis does a great job of keeping the arrival of Damian Wayne as a separate story to Ultra-Boy’s conflict with his father, thus both sides of the tale come together in a rather climactic way!

The art is fantastic and the re-imagination of the team is perfect! My only regret is that there’s so much going on that you really want the issues to come faster and faster! Well done Mr. Bendis and the gang! 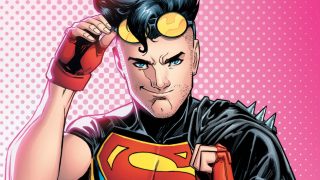