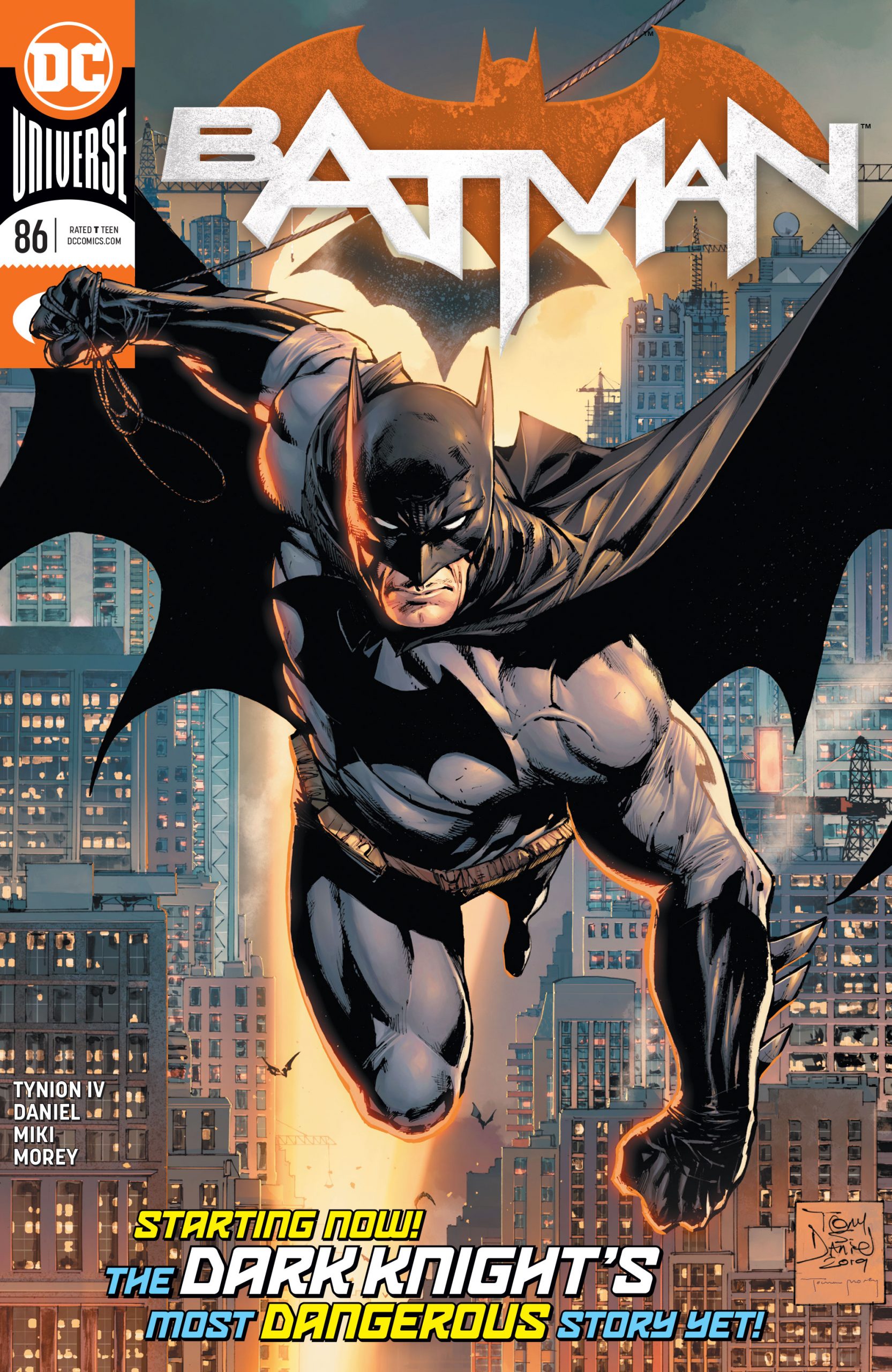 The most intriguing part of Tynion’s premise is how Batman plans to weaponize Gotham City. Easily, the best part of the comic is seeing Batman easily take down the assassins with extreme precision. It’s not just another beat-them-up, but a fun, smart application of technology.

Another high point of the comic is Tynion’s biting, sharp dialogue. His Batman and Lucius Fox banter is particularly good and full of chemistry. Speaking of Lucius, it seems like Tynion is shaping him up to be the new “Alfred” so to speak.

While Alfred’s demise was briefly touched upon, it still feels odd that Batman still hasn’t fully addressed his death. Not that readers want to read Batman angsting over Alfred all the time, but it seems like a dramatic misstep not to dramatize the immediate fallout. How does the rest of the Bat-family feel? What about Bruce Wayne’s friends? When did Bruce reach out to Fox to take a more active role in crimefighting? All this is skipped over in favor of a different storyline. 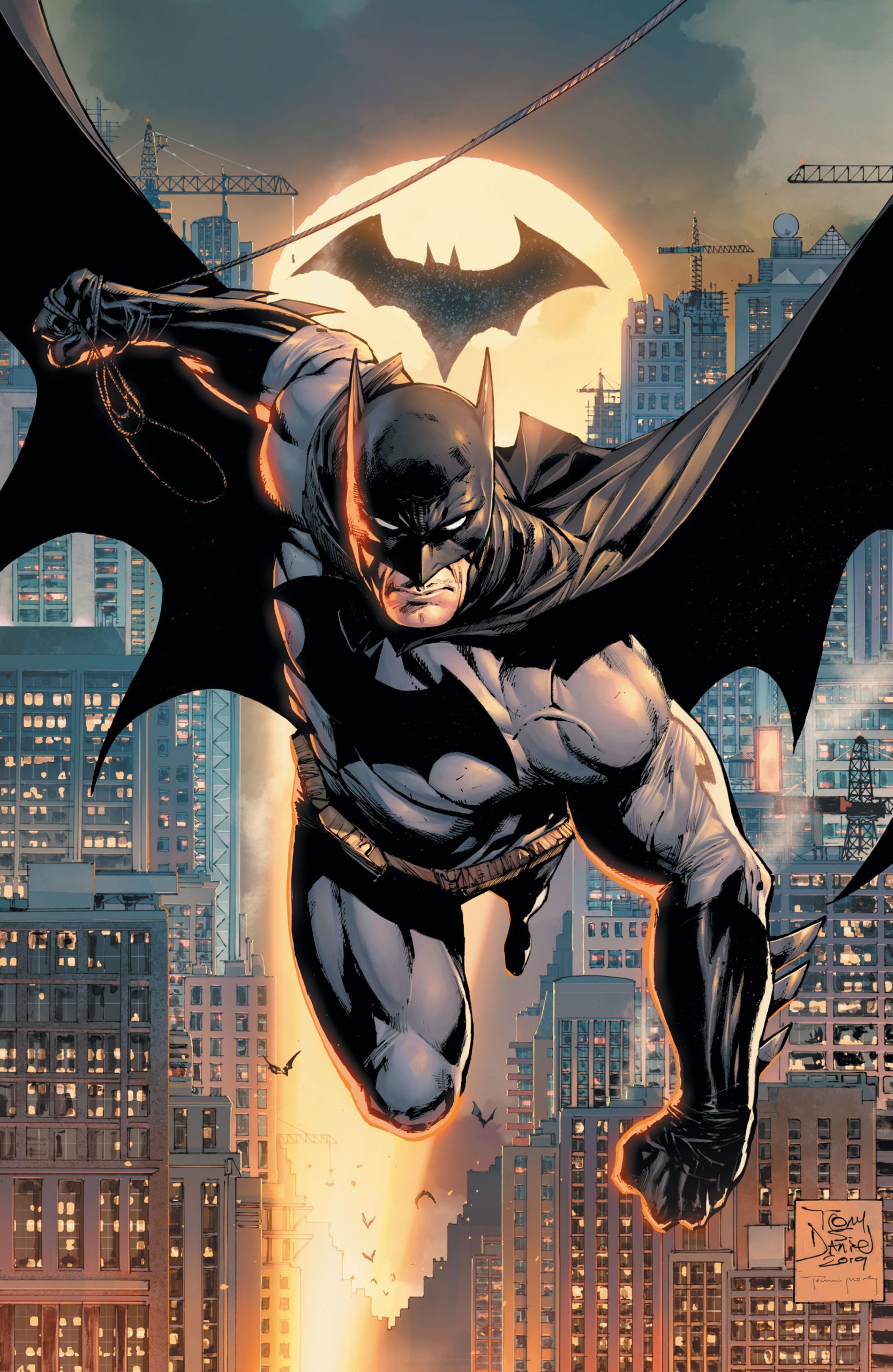 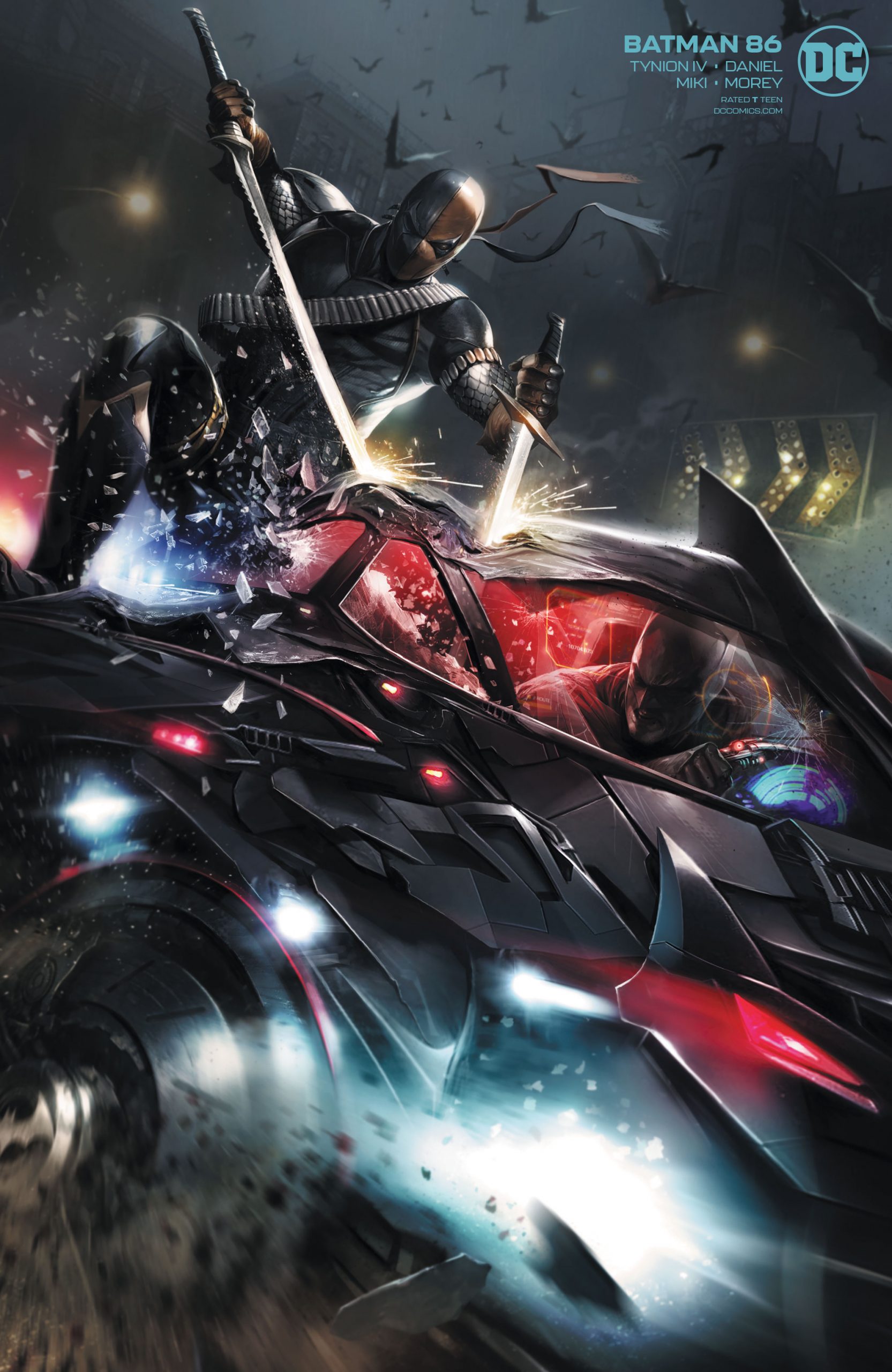 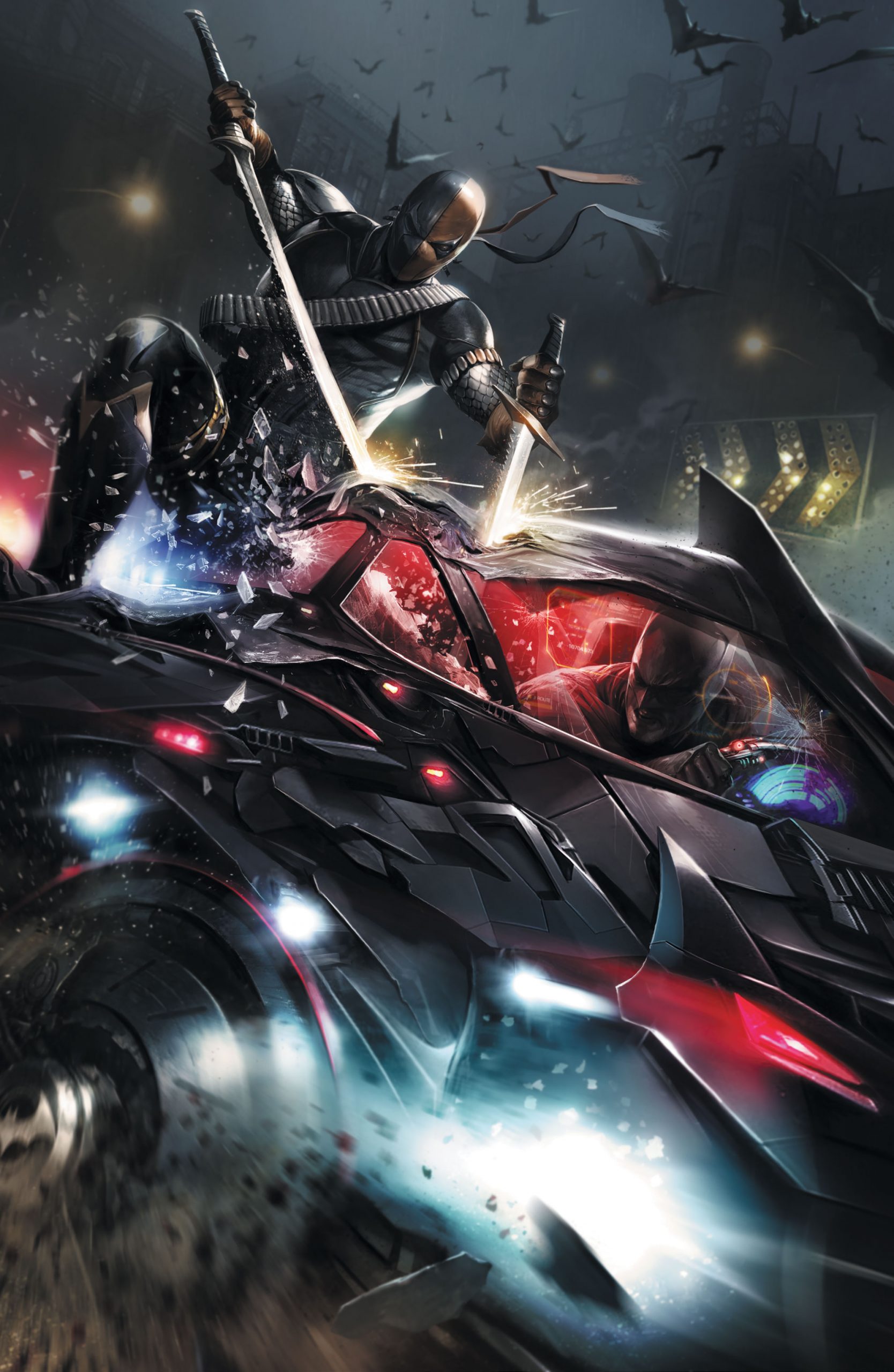 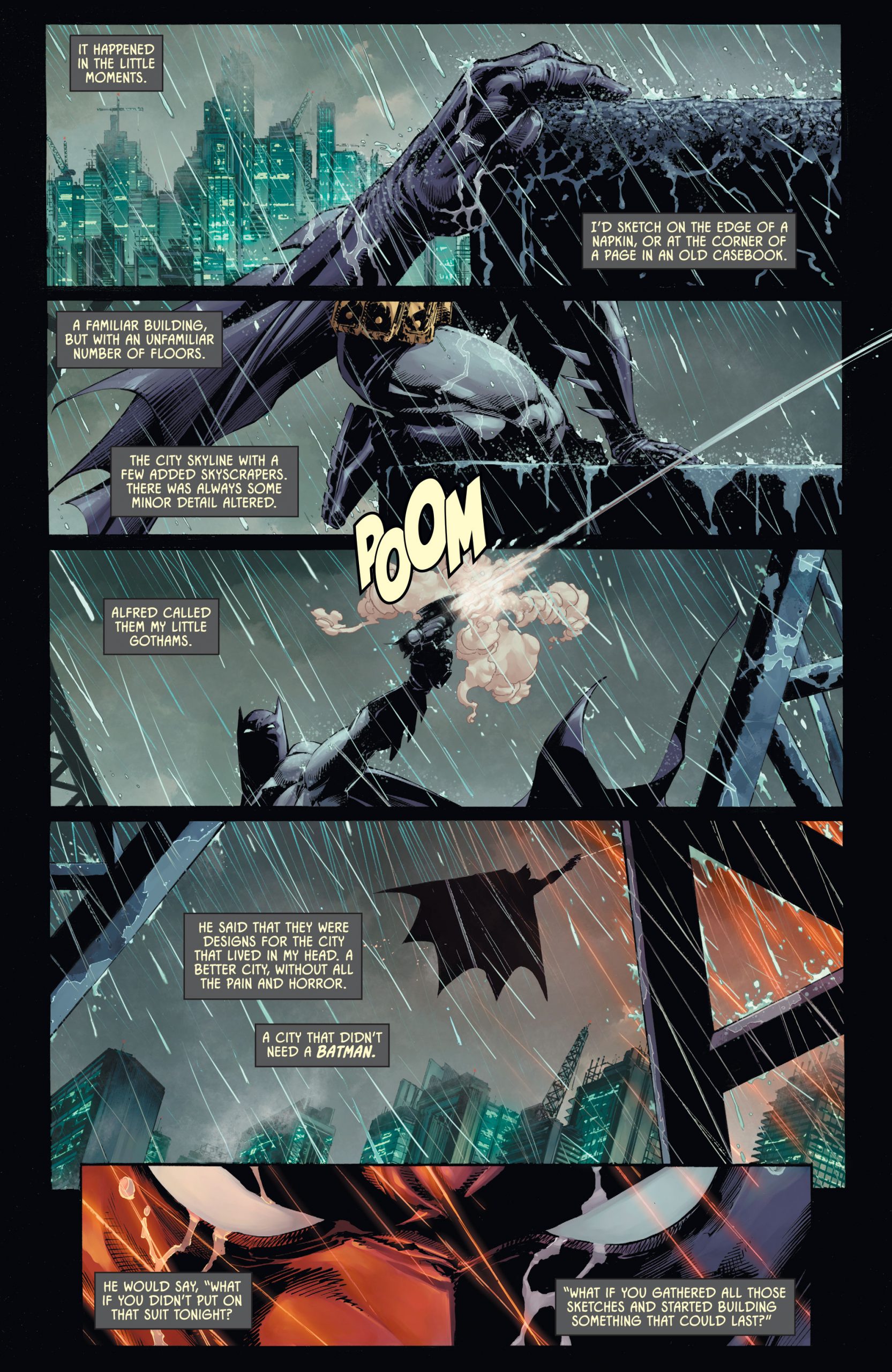 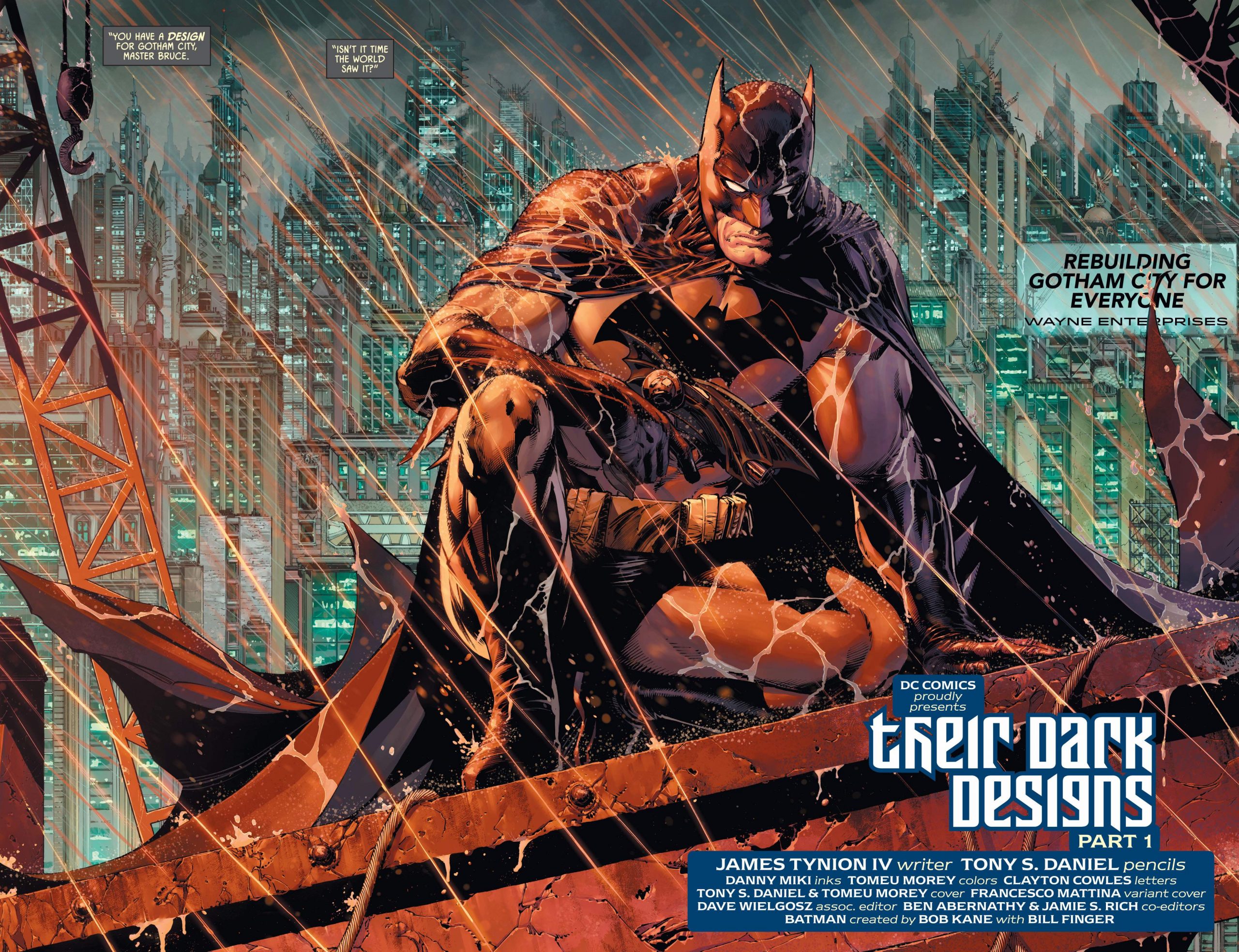 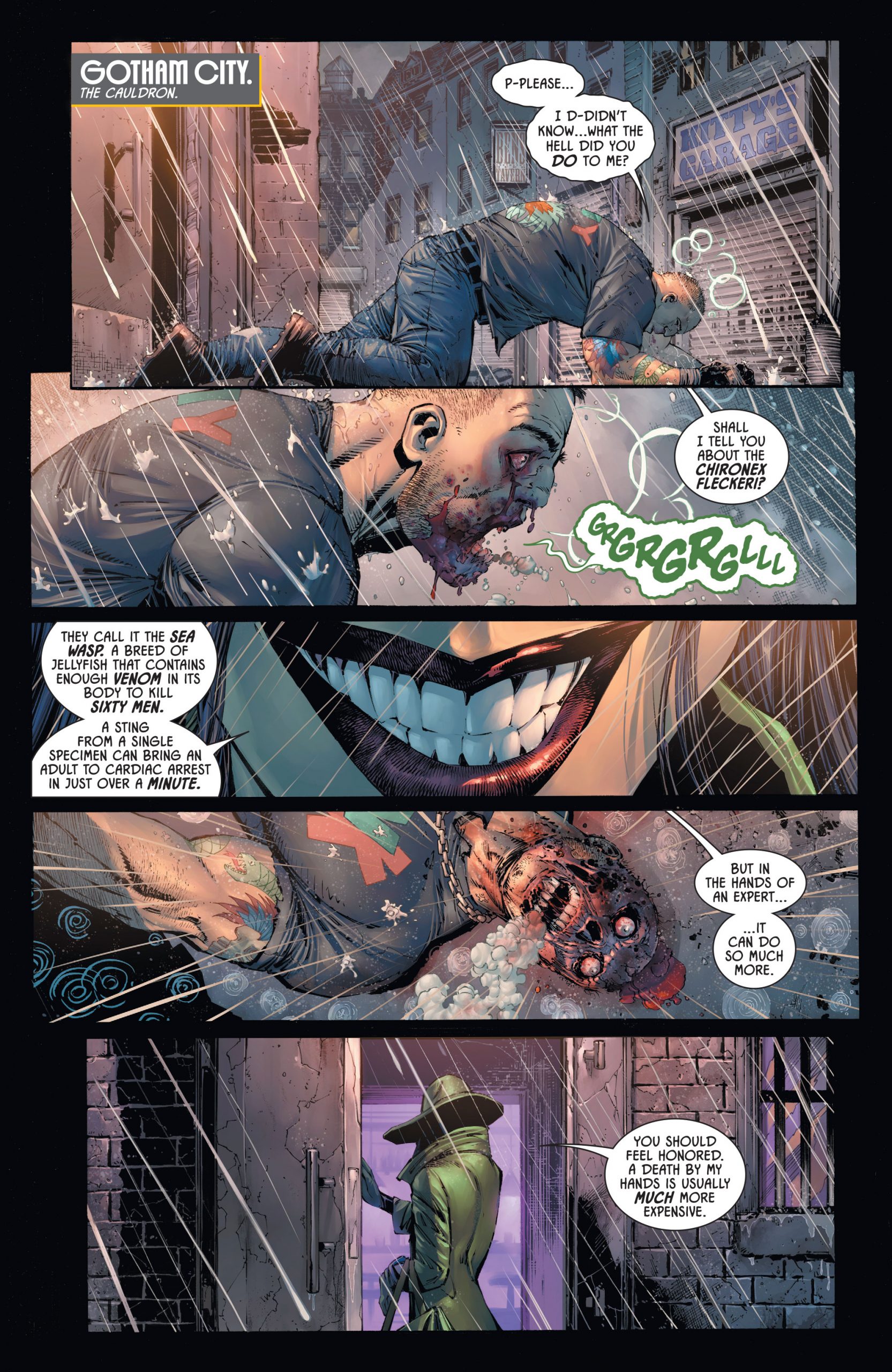 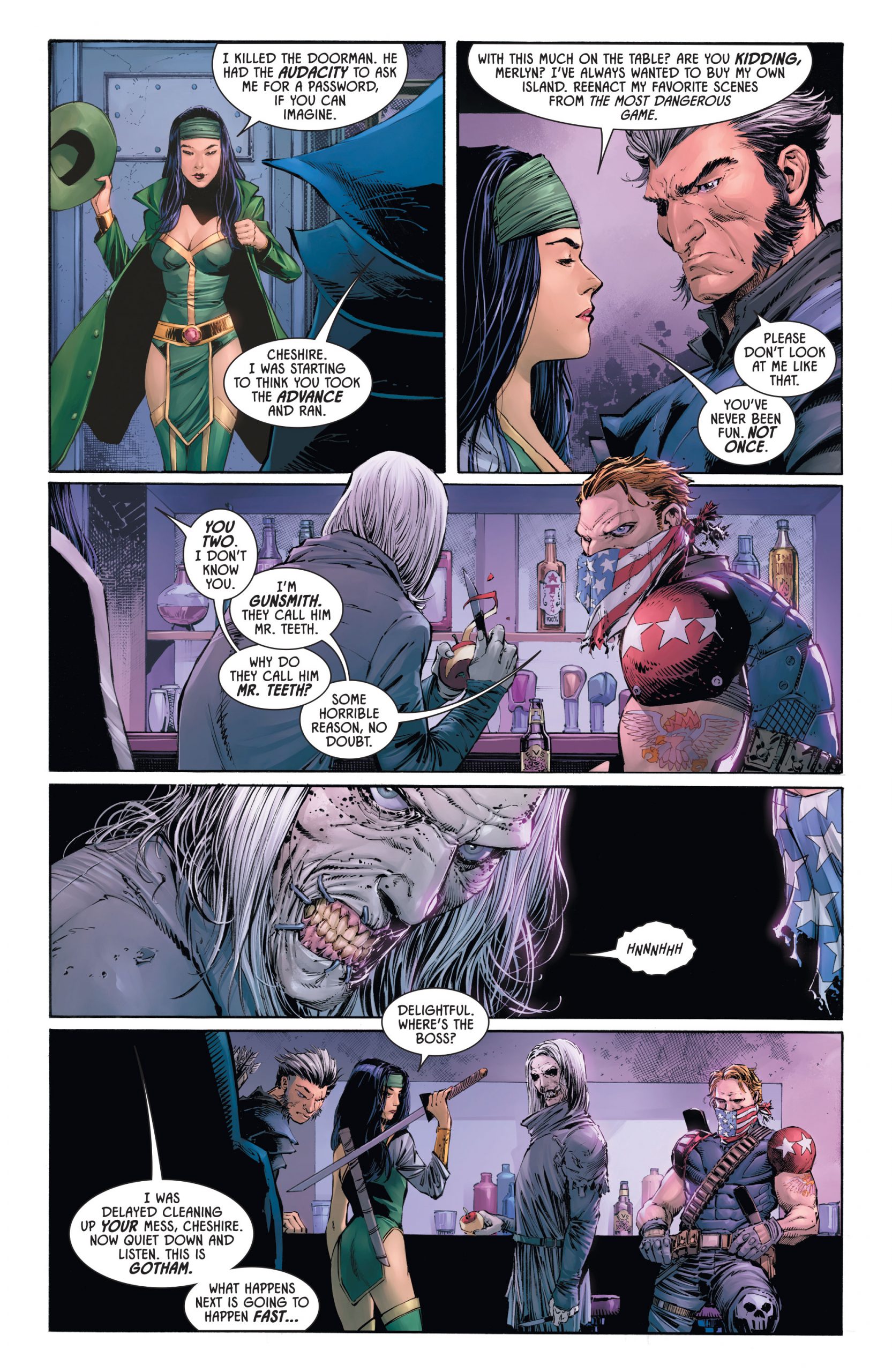 In the B-plot, a mysterious figure is trying to stop Bruce Wayne from re-building Gotham City. While the scene where the mystery being makes their presence known, one wishes that Tynion dedicated more time to build the suspense of the plot. Fortunately, he sprinkles enough teases to keep people curious.

In fact, the whole issue feels a little truncated. It’s especially telling when Tynion’s issue sort of just ends. There’s no definitive end-note or a compelling cliffhanger. It kind of just hangs there.

A Little Too Familiar

Despite all these promises of future storylines, Batman #86 still smacks of familiarity. Like, the opening gala where Wayne Enterprises promises to rebuild Gotham is reminiscent of Scott Snyder’s debut issue of Batman. Or seeing yet another Batman versus Deathstroke fight. Or a scene where the Joker is terrorizing people yet again. Even the premise of “weaponizing” Gotham was done not that long ago in The Batman Who Laughs mini-series. Despite the interesting way that Tynion ties all the plot threads together, for me it still feels too familiar to be exciting.

On the art side, Tony Daniel’s work looks pretty good. In fact, it looks better than good, it looks great. Even though he was working on the title as recently as “City of Bane”, hiss art seemed to have evolved a little. He’s less concerned with going ultra-detailed and ultra-realistic and gone more cartoony. His anatomy and storytelling also look better too. Overall, his art continues to change for the better.

Tynion is a good writer with a decent track record, and this debut issue is no different. He hits all the appropriate beats, but because there’s not enough time to establish a credible threat, it lacks urgency. Furthermore, Batman #86 has a mish-mash of past plots which make it seem more tired than provocative. While there is an underlying structure of a cool idea, I feel that it’s hampered with retreads and an underdeveloped mystery.

Preview: Harley Quinn and the Birds of Prey #1