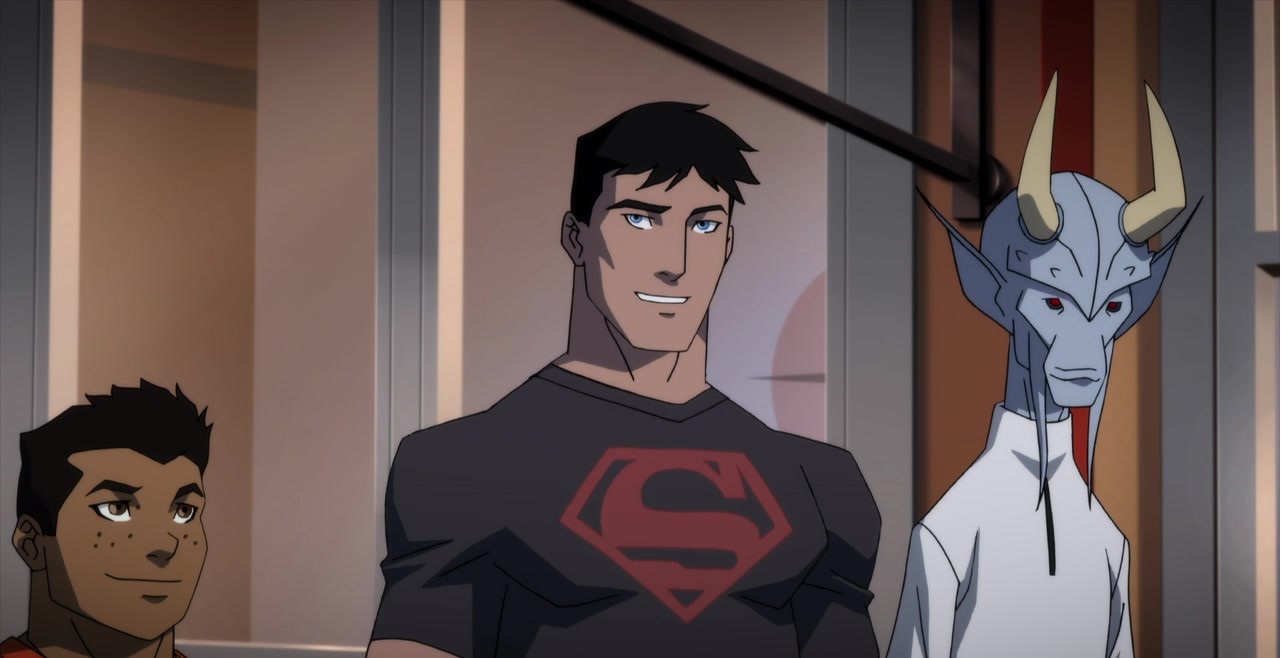 The penultimate episode of Young Justice: Outsiders, ‘Overwhelmed’ had a lot to live up to. Honestly, I wasn’t massive fan of this episode. In fact, I was left feeling rather… whelmed.

It felt like this episode was more of a filler. Instead of building up to a massive battle, or conclusion next time, the narrative takes a step away from the main story to focus on character interactions.

Now don’t get me wrong, I’m always a massive fan of Young Justice using the characters to progress the story forward,  but in this particular episode, it feels like narrative that’s been building up comes to a grinding halt. 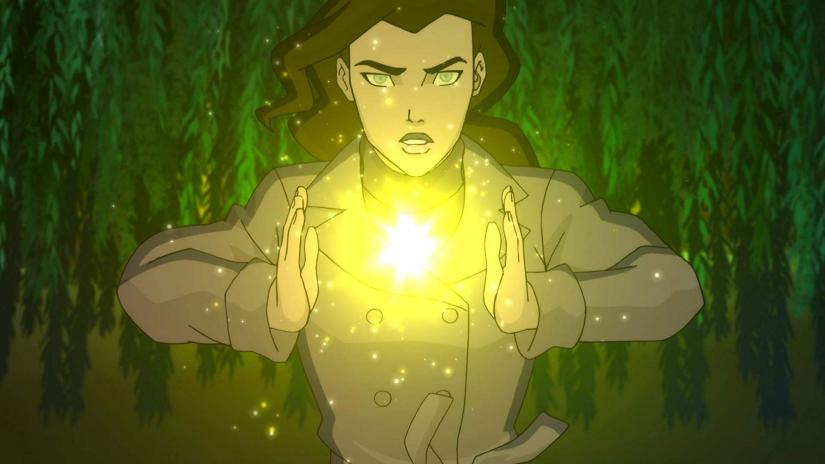 “What Would Superman Do?”

There are some wonderful questions asked of our heroes in this episode.

Artemis is asked whether or not she will sacrifice everything to spend eternity with Wally in Limbo. For a moment it seems like she will, until her vision of Wally gets harsh with her and tells her to move on with her life without him. Finally, she lets her guard down and allows her friends to help her. I did enjoy seeing Wally back, and seeing him interact with Artemis again. This episode got me thinking too, how would Wally have reacted to everything that has happened recently, including the “Anti-Light”. He was definitely the glue that keep the old team together.

Now I don’t know about you, but I had completely forgotten about the Genomorphs. That is until they’re reintroduction this episode. Geranium City, or better known as Genomorph city, is where Conner takes Forager. Dubbilex removes the psychic illusion of the entire city so that Forager can see them as they are. Having previously been struggling with his own identity after the events of last episode. After talking with Dubbilex and Conner, Forager has decided to stay with The Outsiders as his true self. 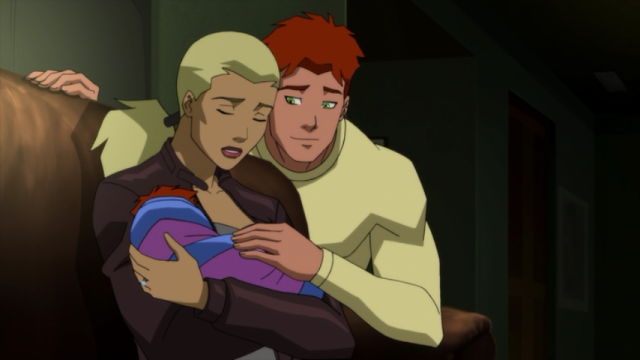 Well, I suppose it had to happen at some point, but there’s finally a Young Justice: Outsiders episode I don’t like all that much. “Overwhelmed” is still a great episode, don’t get me wrong, but it just doesn’t live up to the standards set by the rest of the season.

I mean, this is supposed to be the second to last episode of the season. I got no thrill, excitement or sense of urgency from this episode. I found it a little disappointing.

I really hope the last episode’s a lot better!