“Who Are the Secret Six?” – Part Four 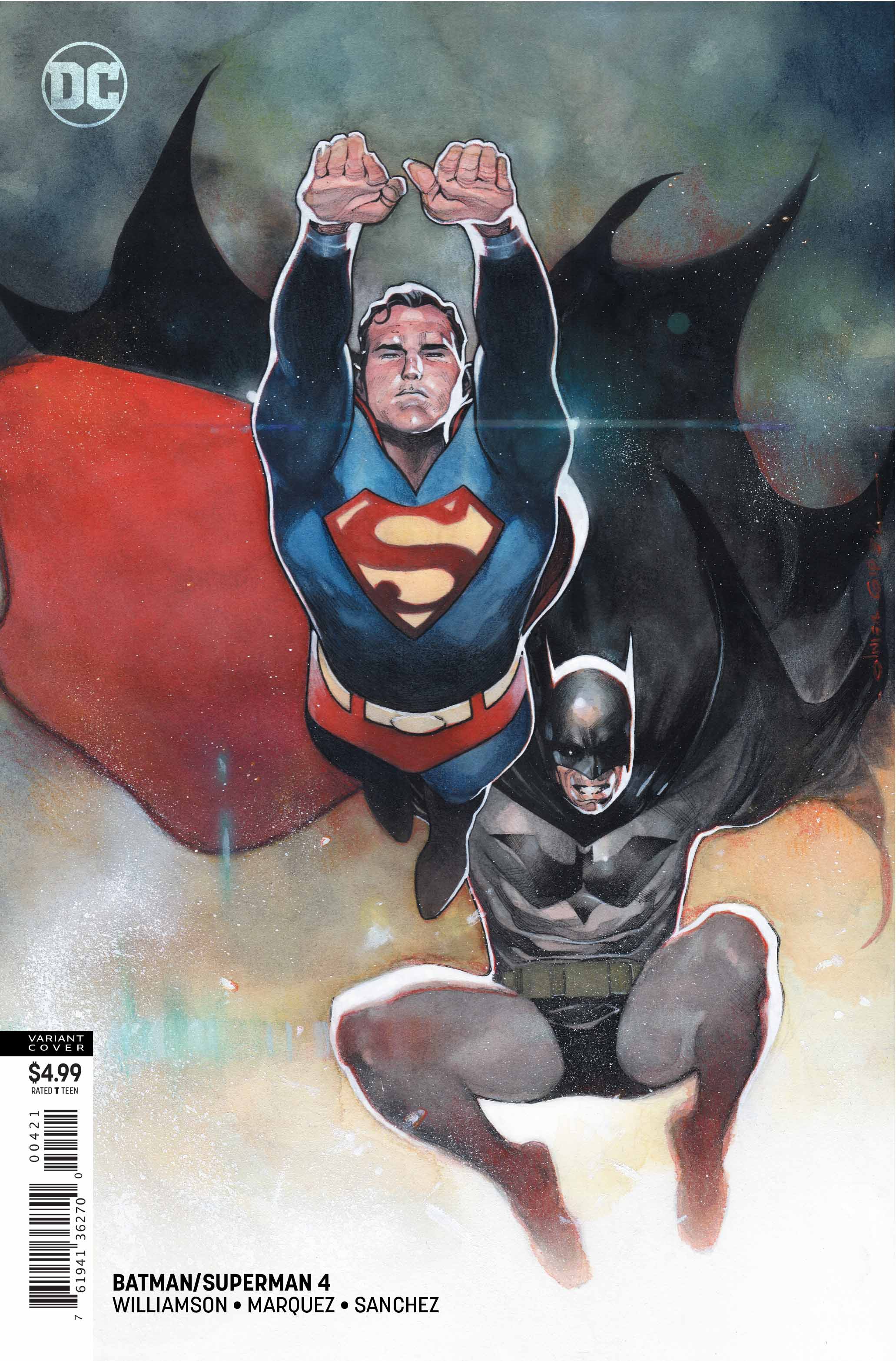 The Secret Six have finally united in this week’s Batman/Superman #4, as The Batman Who Laughs’ (TBWL) master plan begins to take shape.

Last month’s issue revealed that Blue Beetle (Jaime Reyes) had been infected by TBWL. Blue Beetle’s sentient tech Scarab has been effected too, as it hacks the Fortress of Solitude thereby gaining control of its systems. Picking up right where the last issue ended, Batman/Superman #4 opens with Bruce and Clark tussling with The Blue Beetle Who Laughs. Suddenly, two more infected heroes join the fray: Hawkman and Donna Troy.

Joshua Williamson has covered a ton of ground in only a few issues. After building up the mystery around the identities of the Secret Six, Williamson finally reveals not only their identity but also their master plan. Overall, this issue’s script works. The reveals are surprising and meaningful. However, because Williamson has been moving at a breakneck pace, he didn’t take the time to unpack the significance of each member of the Secret Six. While this is somewhat frustrating, it will hopefully be addressed in later issues. 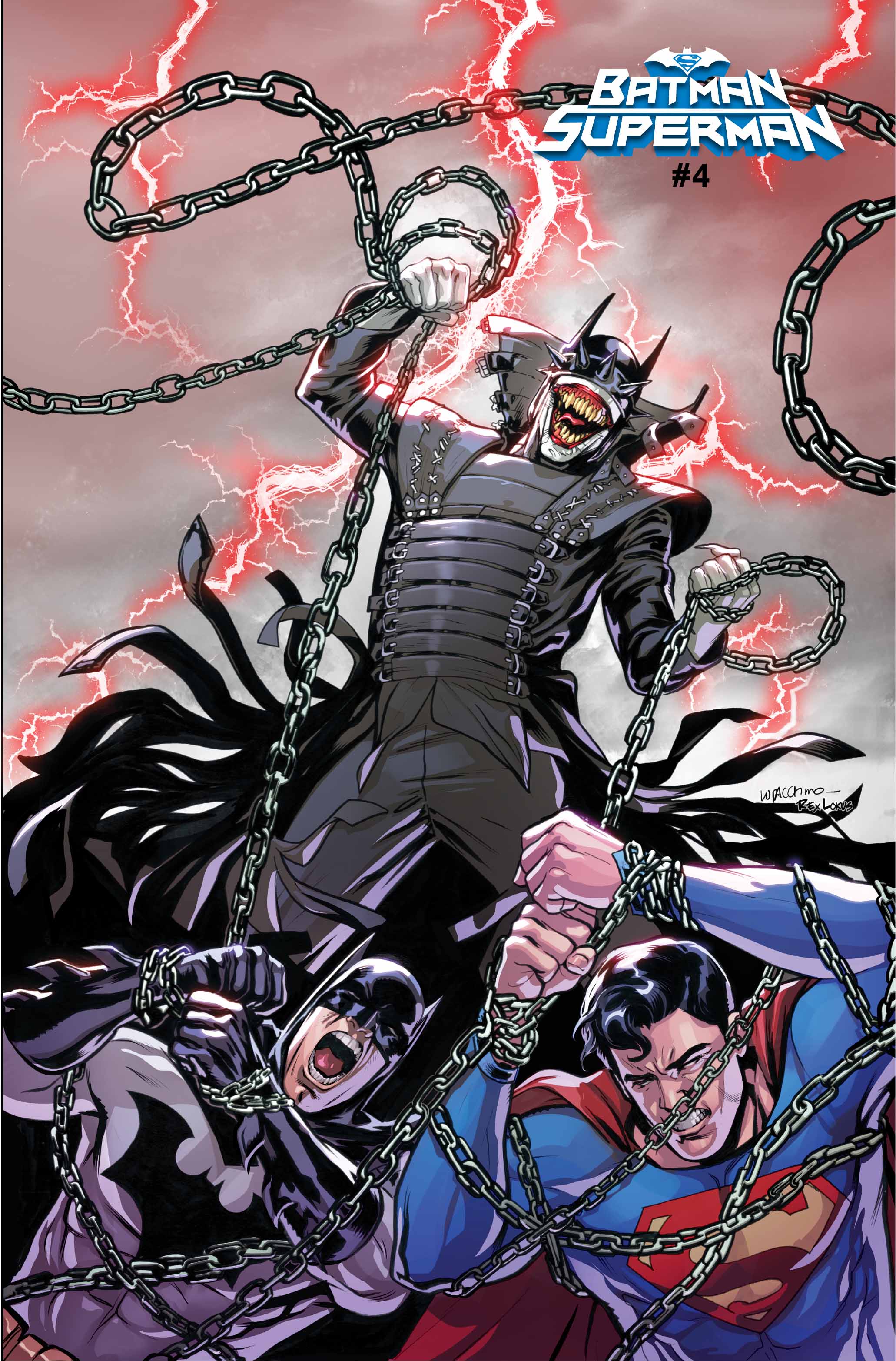 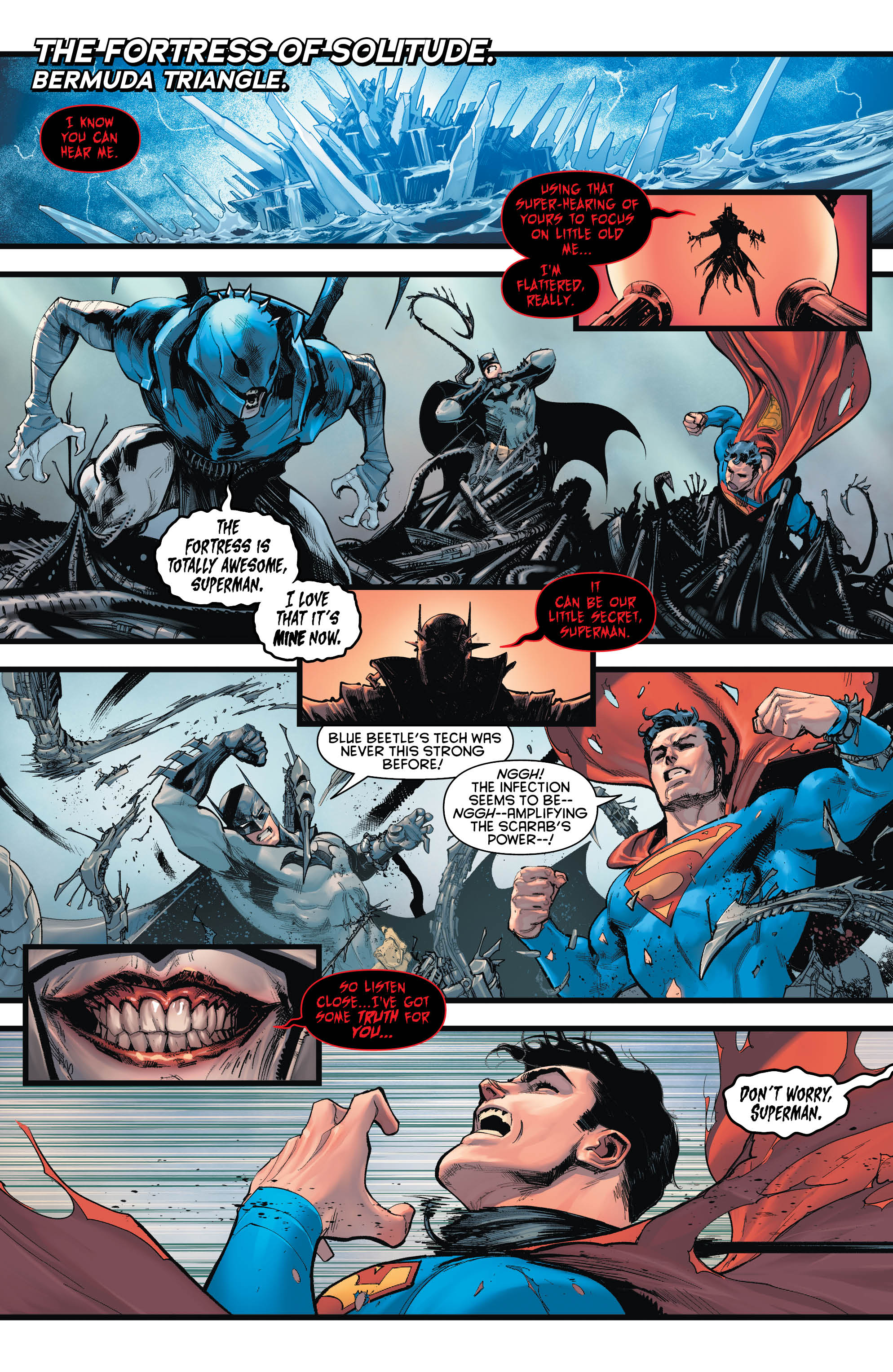 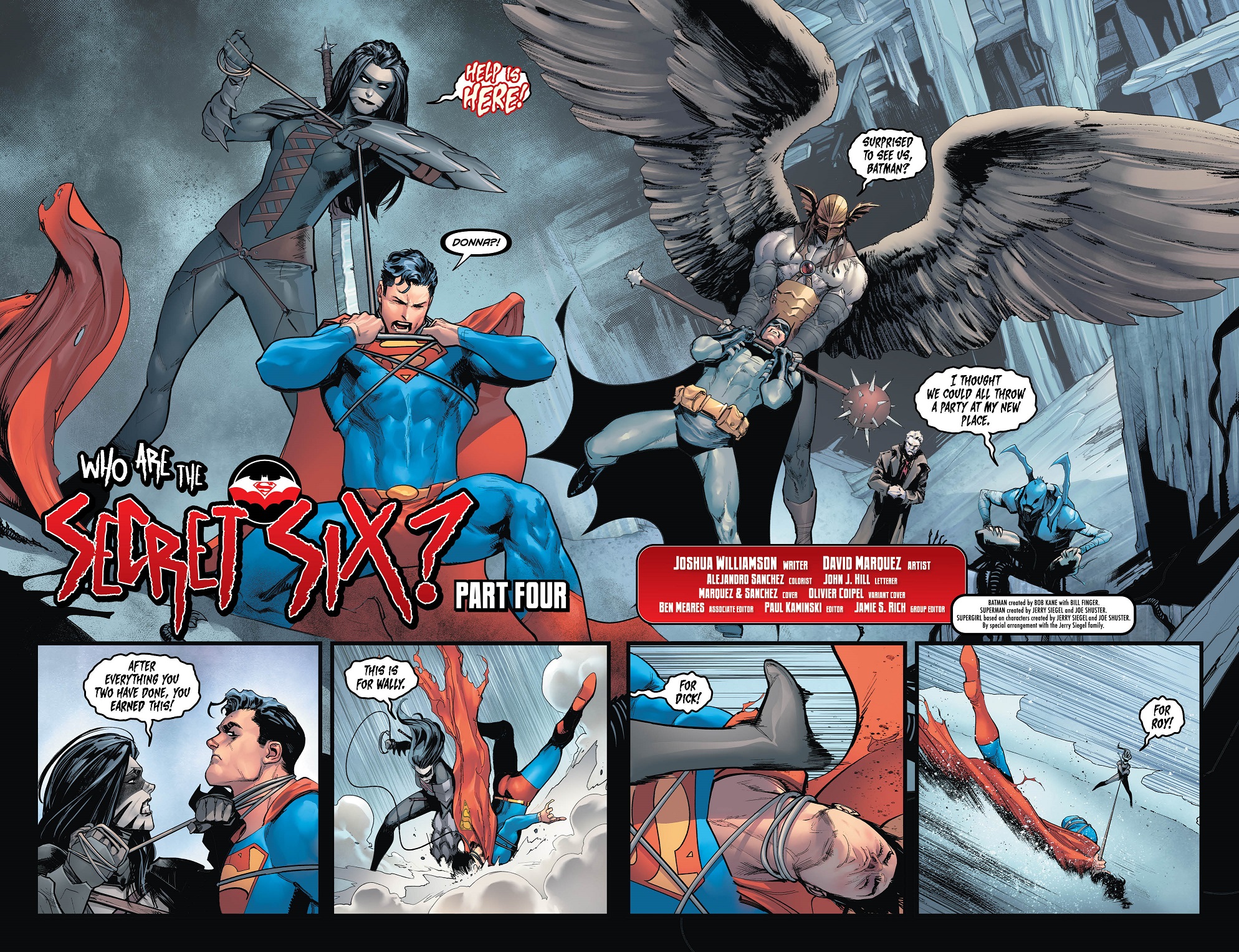 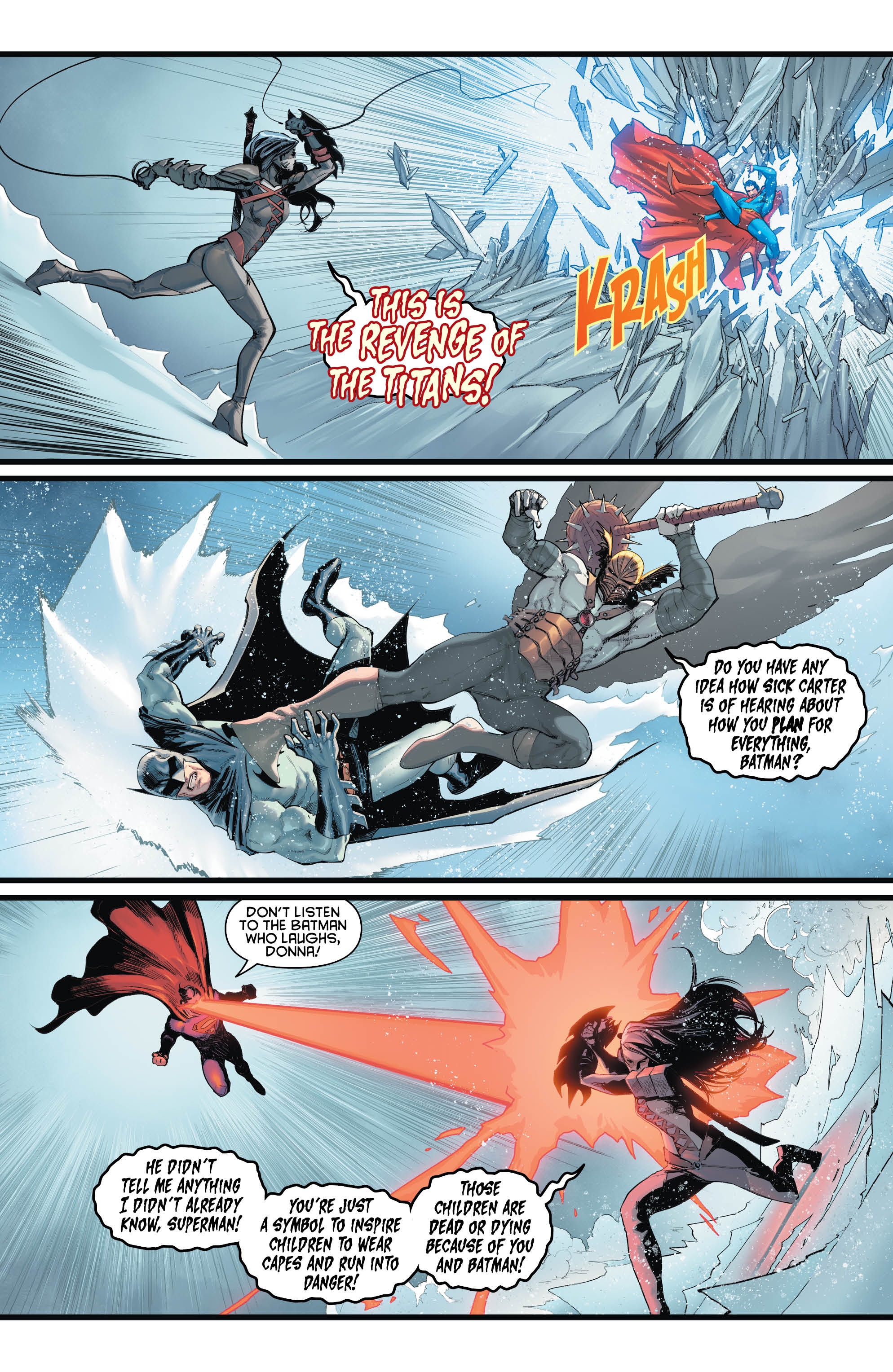 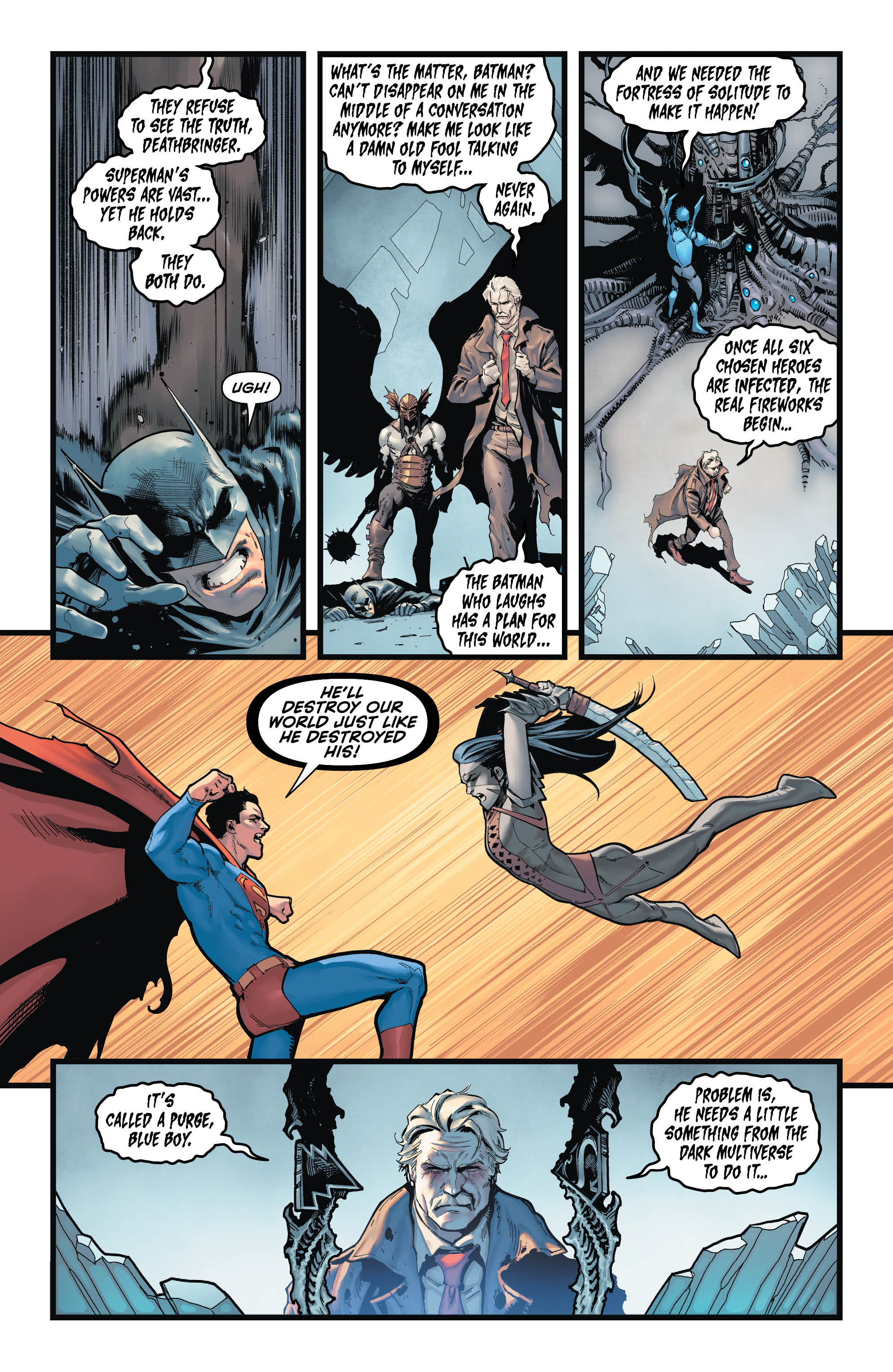 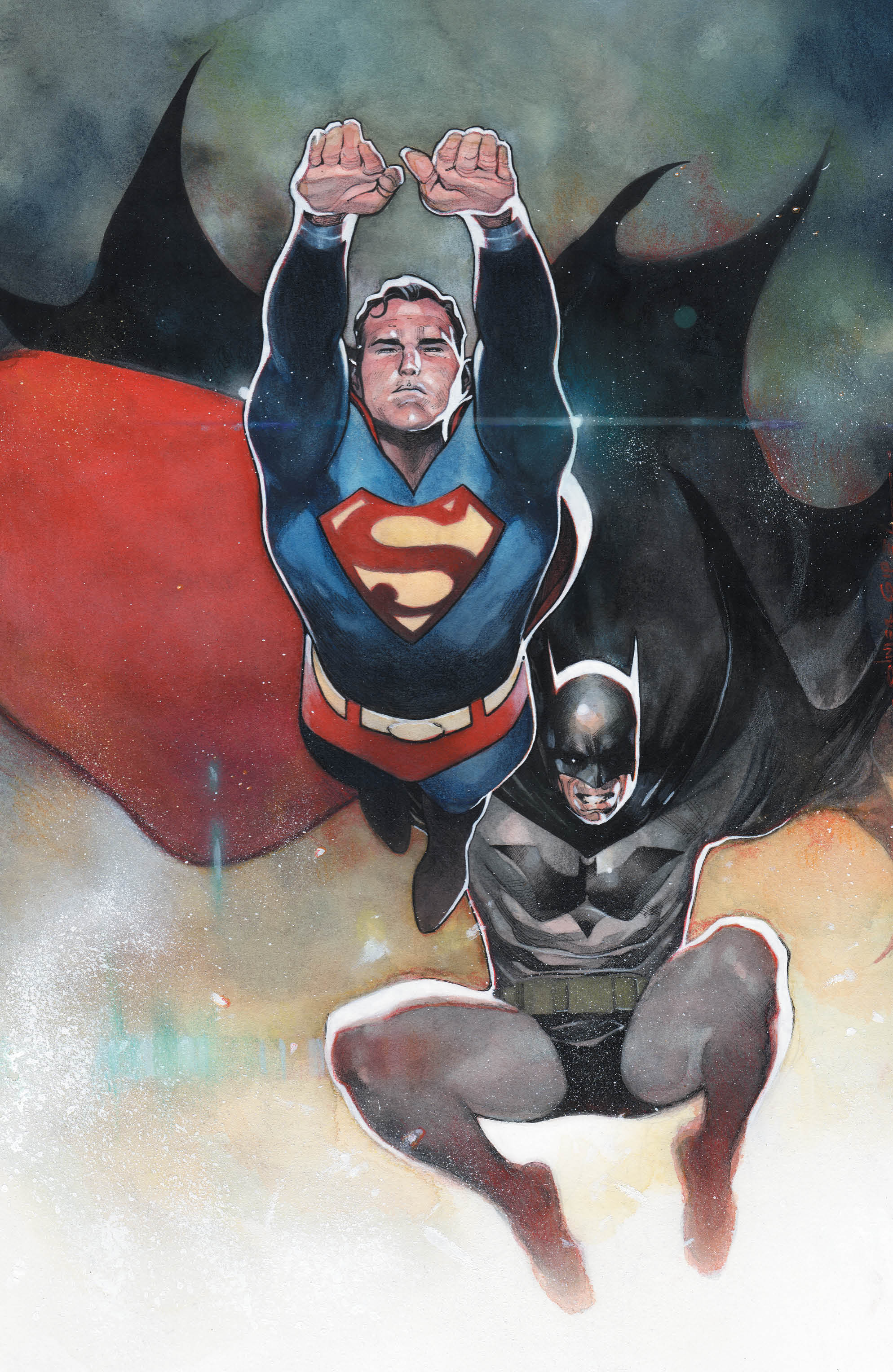 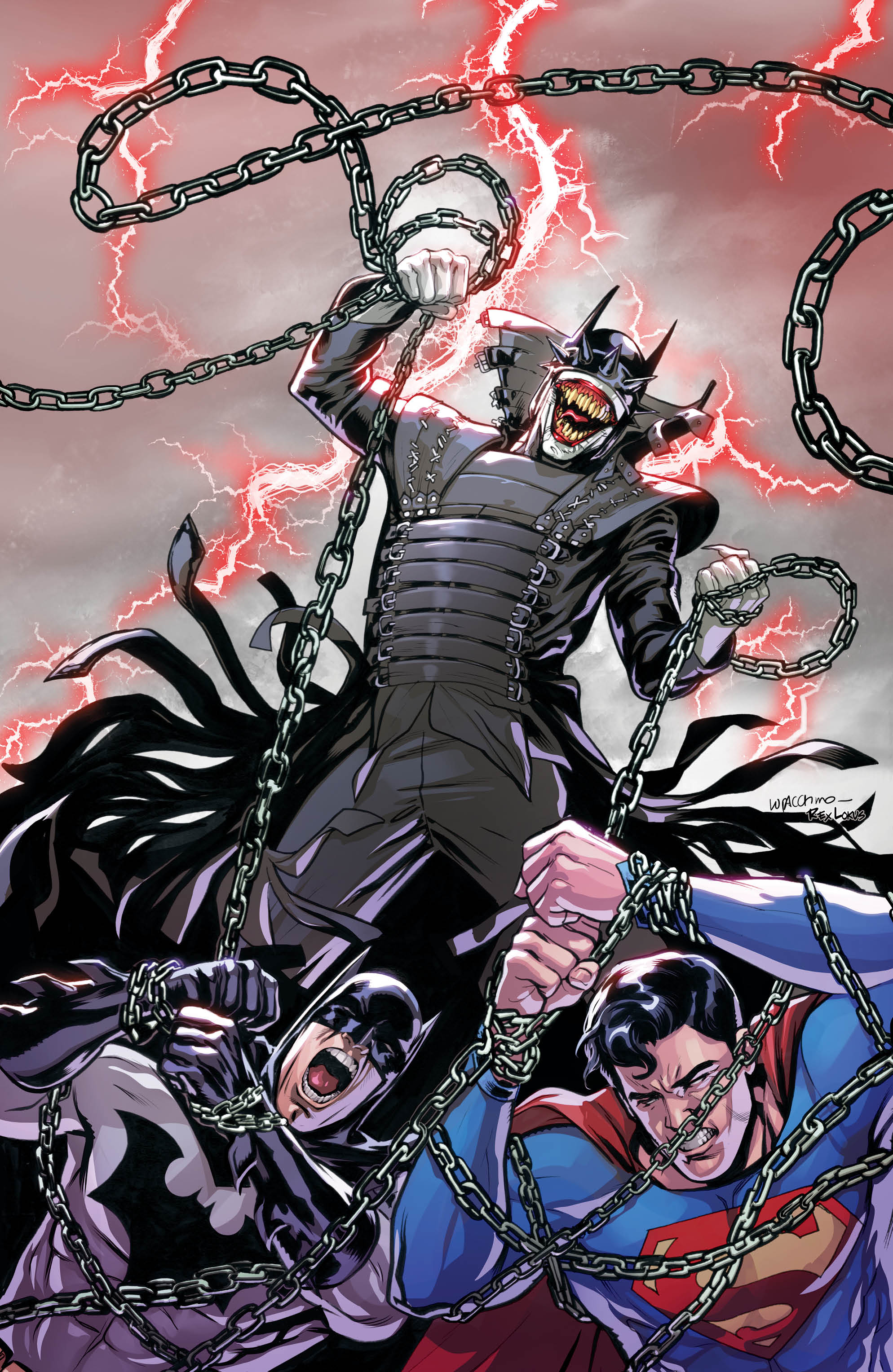 David Marquez’s work for DC has so far been phenomenal, and Batman/Superman #4 is no exception. His work here is just as clean and sharp as usual. He does a great job of sketching the Secret Six, as each of the characters looks fantastic. These designs capture the character’s iconic look while warping it into something dark and twisted. In fact, Marquez does a great job in general at depicting those who have and haven’t been infected with TBWL’s poison. Just as he’s used Batman and Superman artistically as foils in previous issues, he does the same here between the infected and uninfected individuals. It works really well.

Batman/Superman #4 is a fast-paced, action-packed read that ends on a fantastic cliffhanger. Williamson continues to set the stage for some major events to come, while Marquez once again proves to be one of the best recent recruits for DC. Each issue of the current run of Batman/Superman has been a great read, and this one is no different.