“Welcome To The Family” 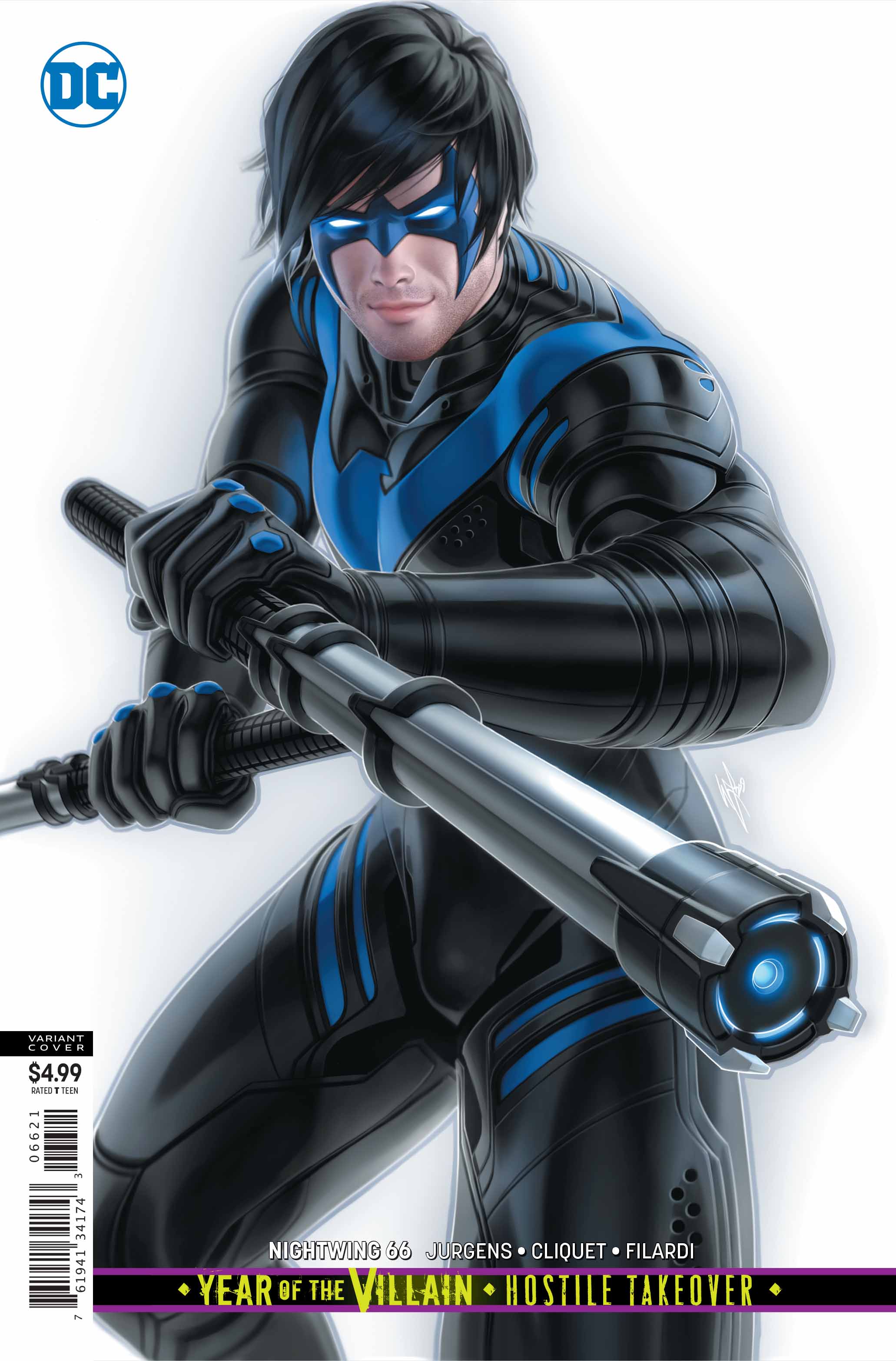 Following on from the shocking revelations in the recent outstanding annual and issue #65, Nightwing #66 had a lot to live up to… and it’s succeeded on every count. We have now seen the full scope of the Court Of Owls’ ambition and their plans for our hero. the KGBeast was just a pawn of the Court and, while his bullet temporarily disabled Nightwing, it was the Owls that messed with his mind to induce the selective amnesia which has been plaguing him since the traumatic events of Batman #55 and Nightwing #50.

Dan Jurgens is writing one hell of a tale. This story has so many layers, texture and levels of interpretation, leaving this particular reviewer and fan suitably impressed. The links starting with Scott Snyder and Greg Capullo’s New 52 stories, all the way through Tom King and Tim Seeley’s hugely underrated Grayson, the exceptional James Tynion and company’s Batman and Robin Eternal, have been read, researched and understood. Everything fits, everything works and all of it makes sense. As someone who has devoured all of those stories, I am one happy old school fan-boy; but even if you’ve come in fresh, Jurgens’ handling of Ric Grayson, William Cobb and the nefarious Court Of Owls stands by itself and requires no further scouring of the archives. 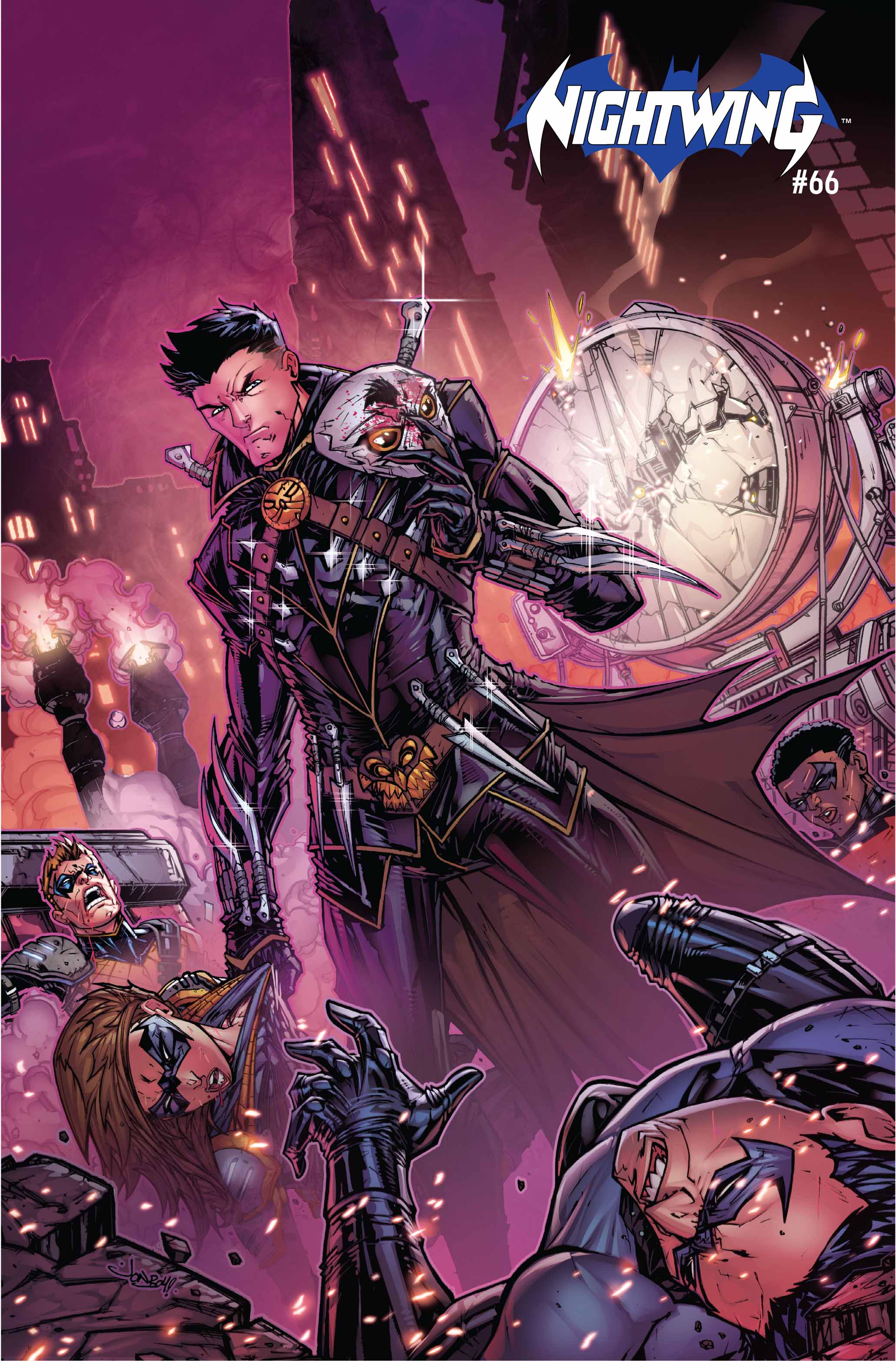 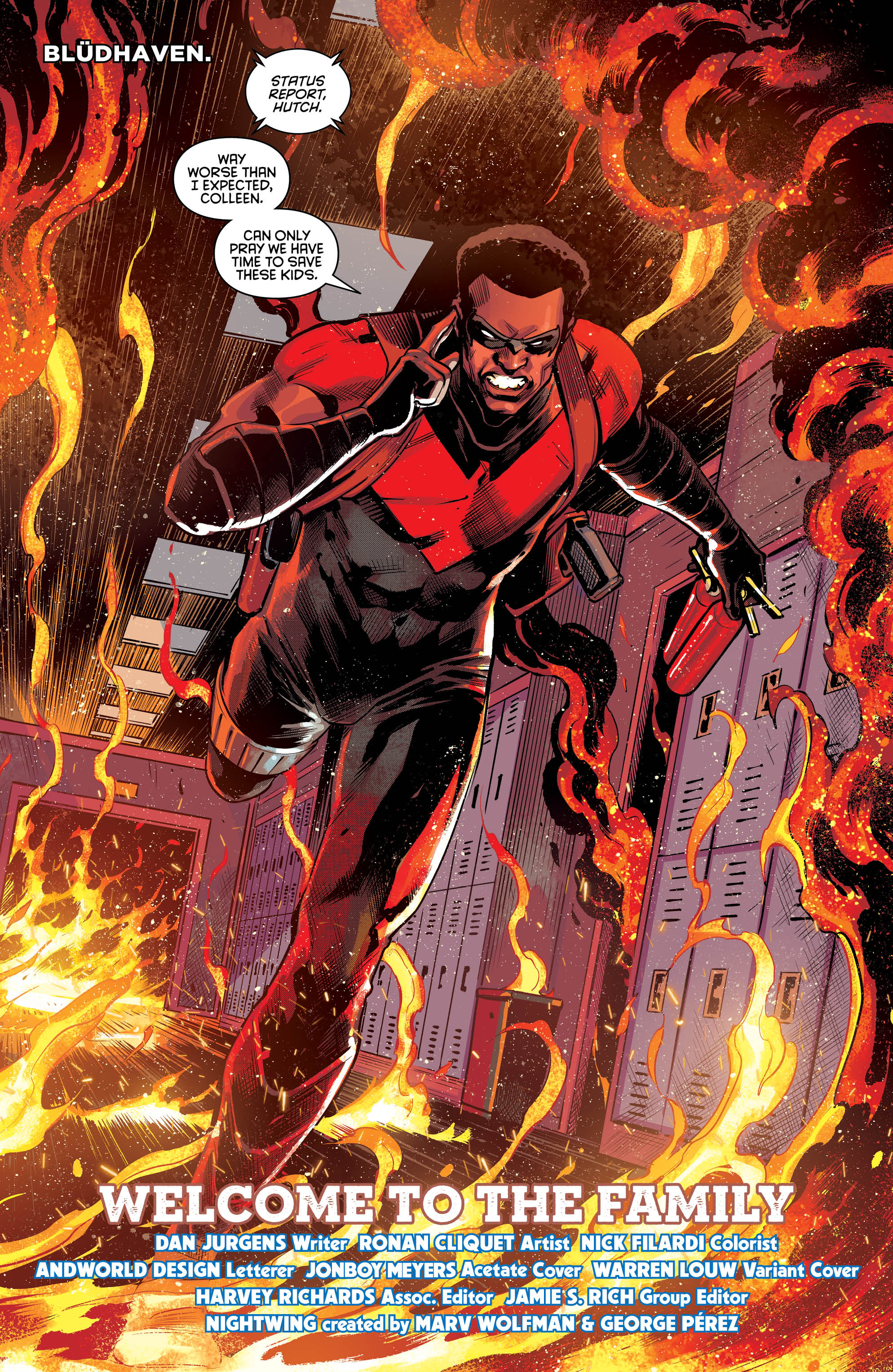 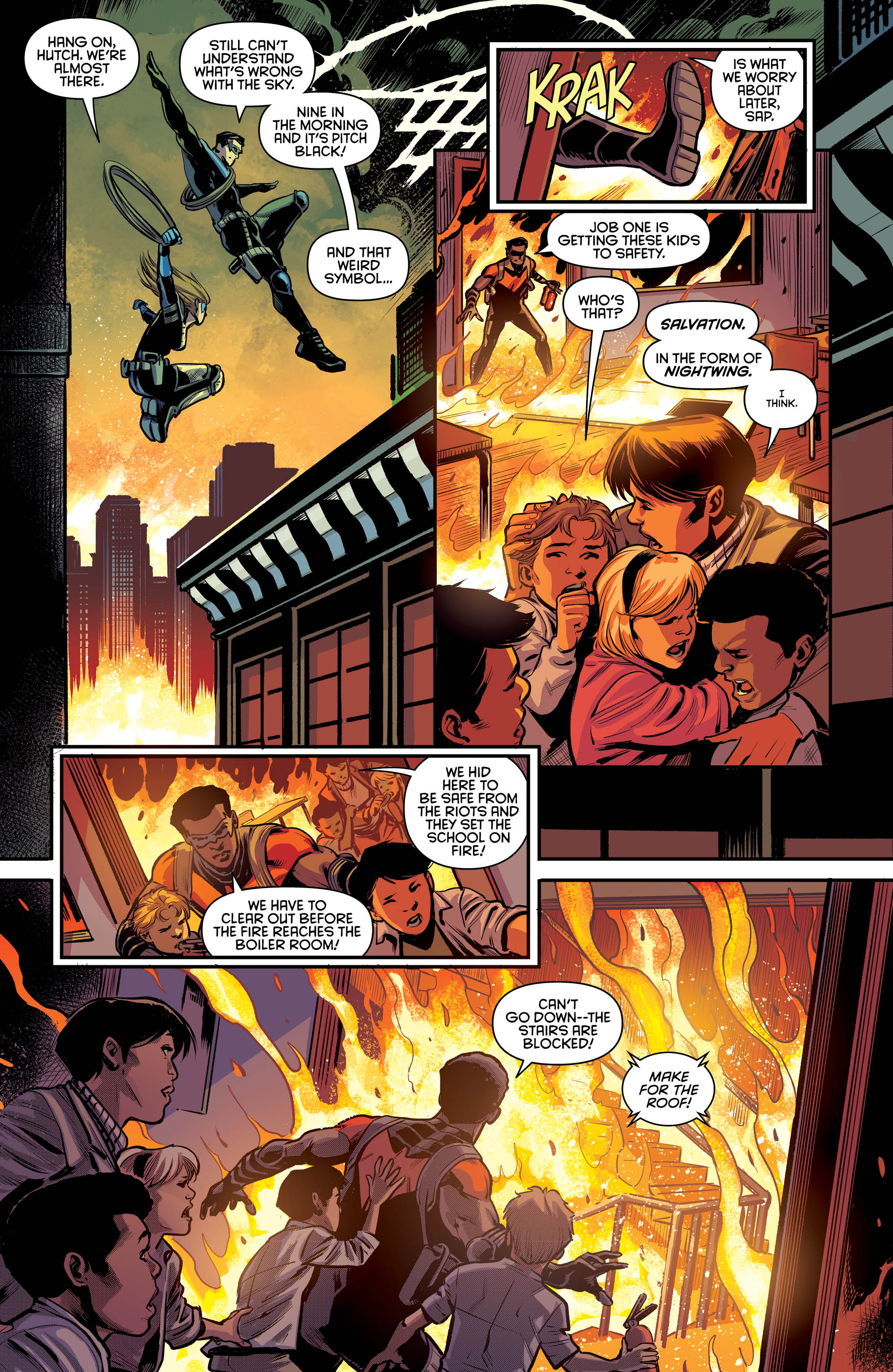 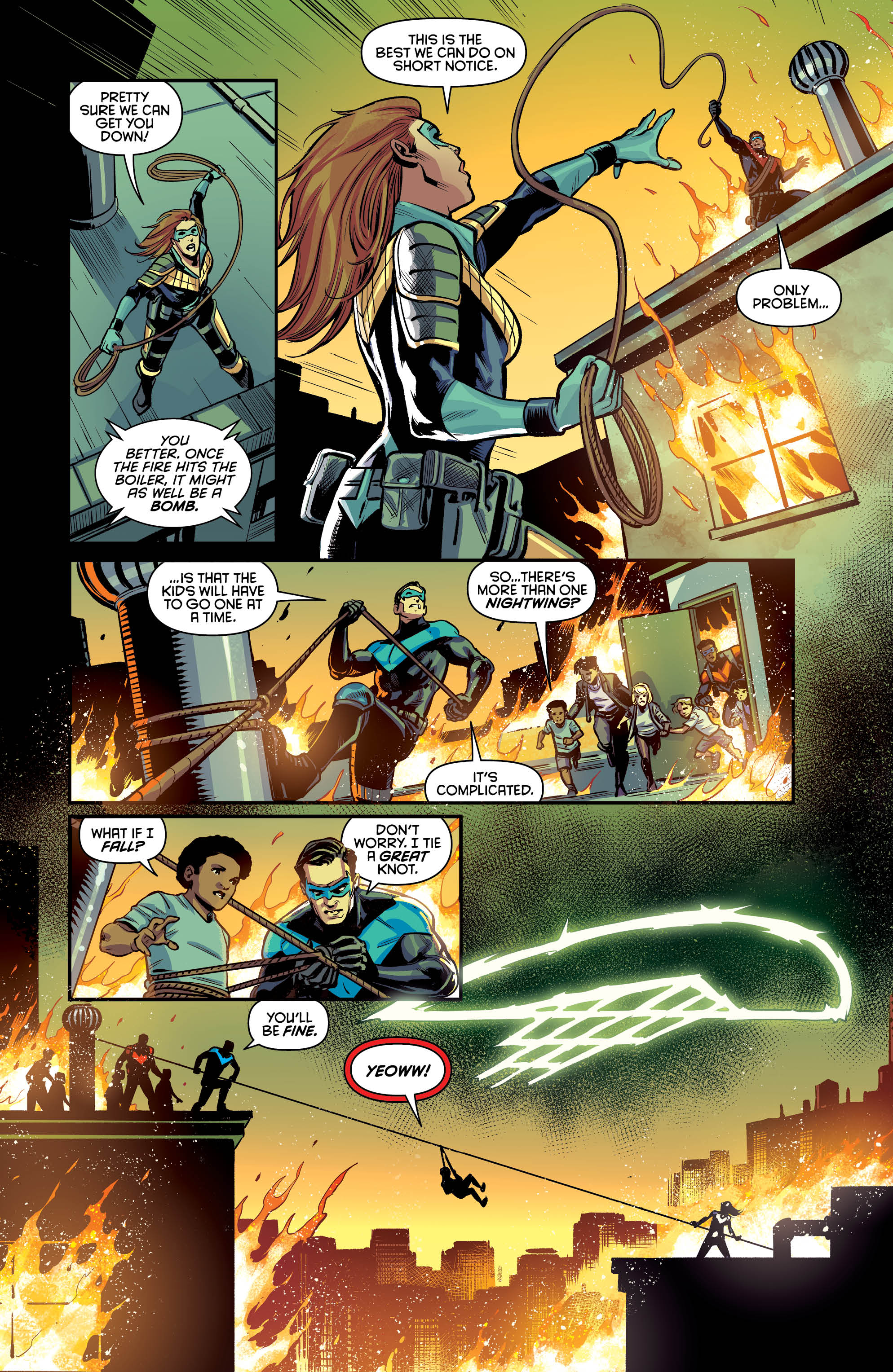 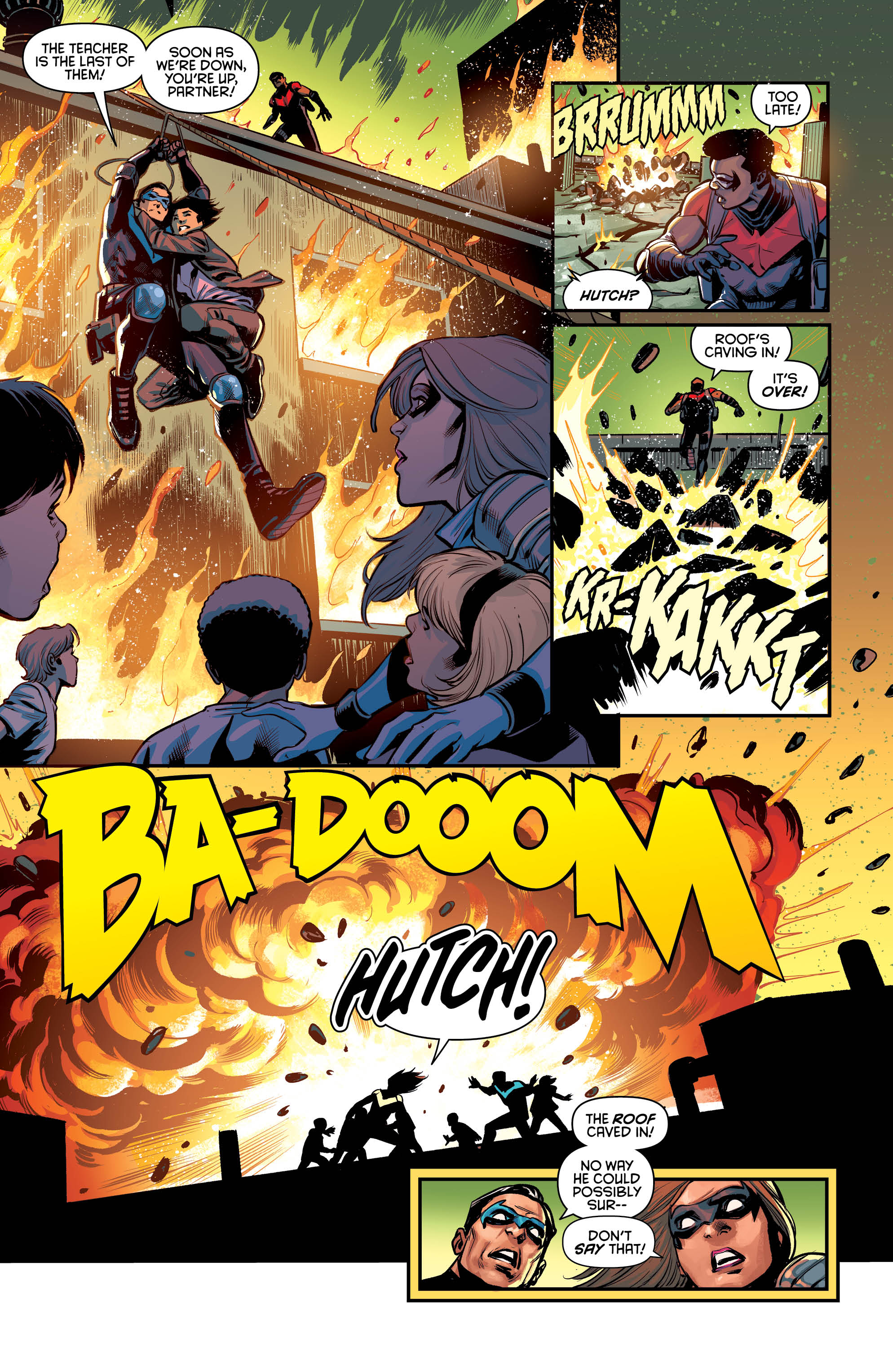 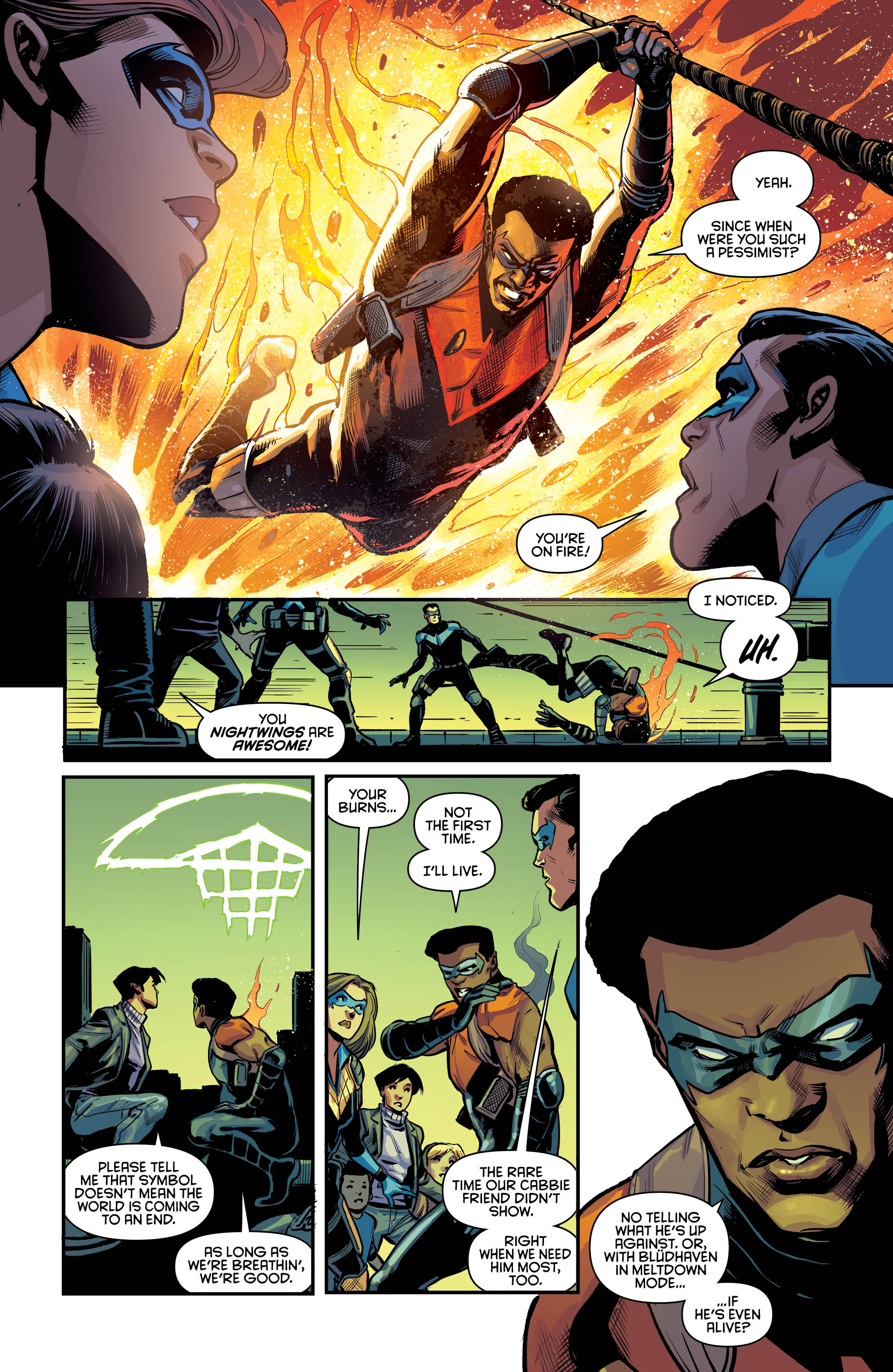 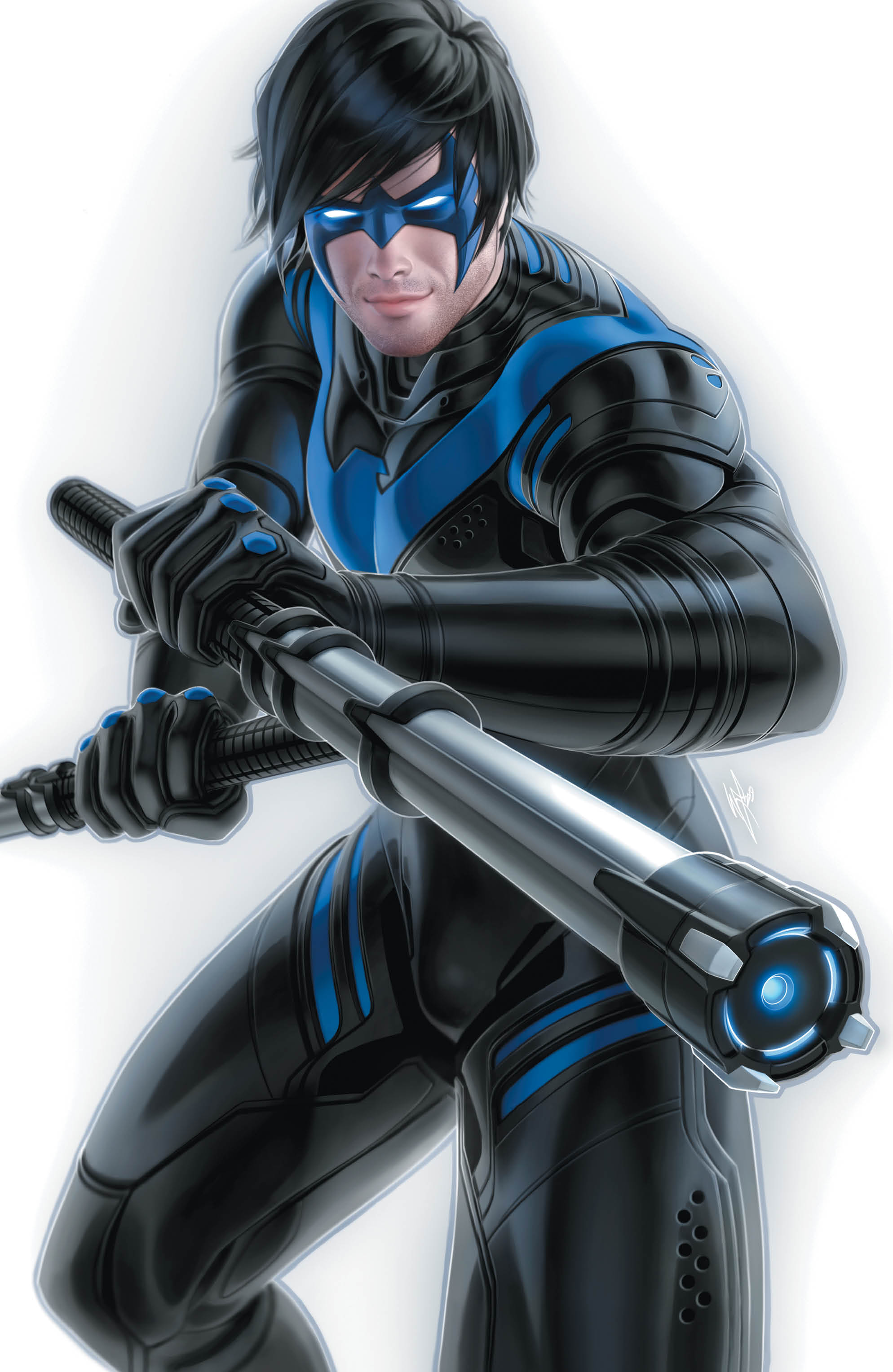 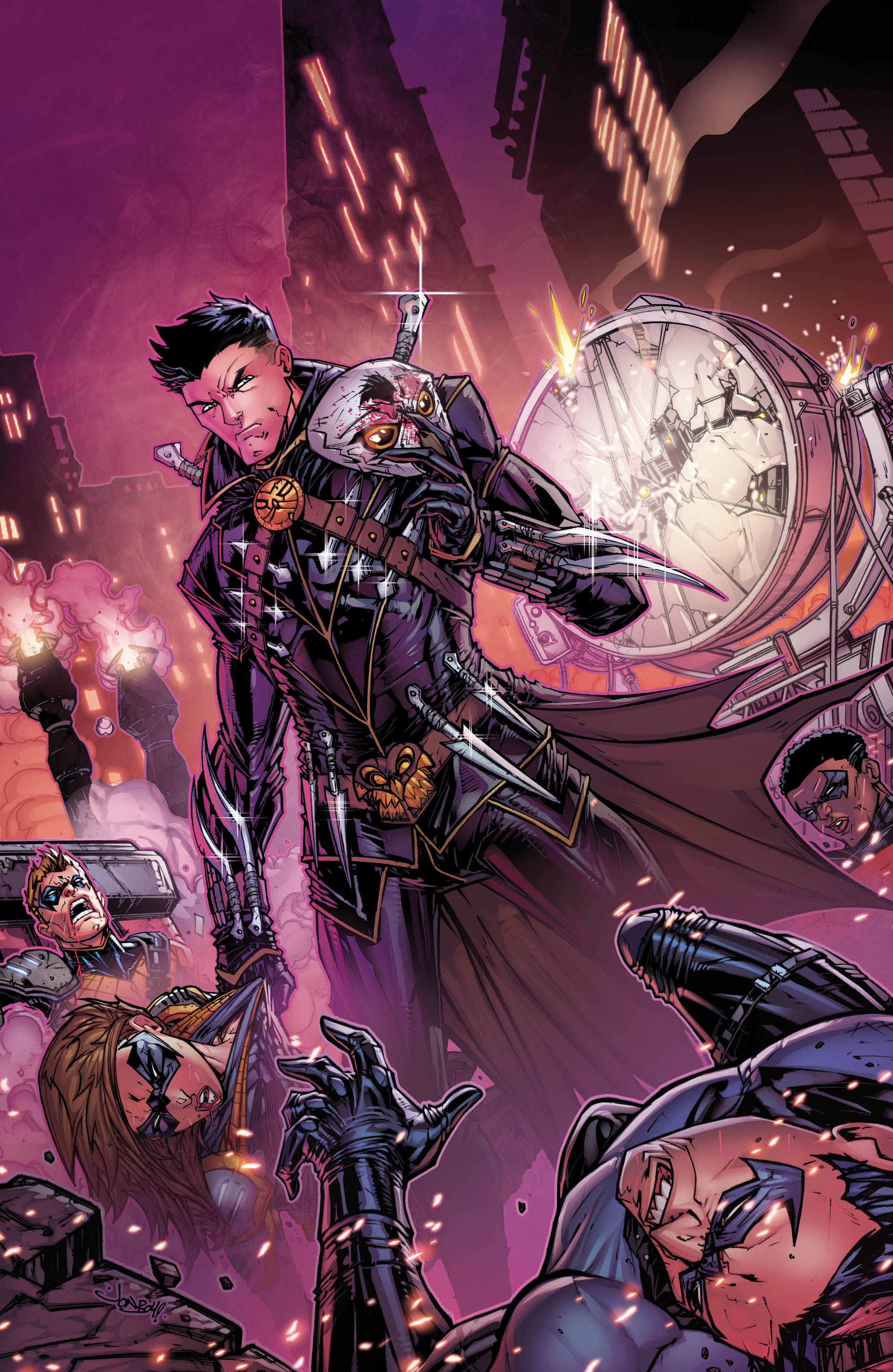 Die A Hero, Or Live Long Enough To See Yourself Become The Villain

Ric’s amnesia liberated him in many ways, but at the cost of breaking his relationship with the rest of the Bat-Family. In Nightwing #66 we see how William Cobb and the Court of Owls’ schemes are further damaging his psyche, forging him into the ultimate assassin and killing machine. Ric believed he’d been liberated from a lifetime of battle, not realising that the cost of that temporary respite could become an eternity of war and murder, as a near immortal Talon; the murderous tools employed by the Court of Owls.

Ronan Cliquet, Nick Filardi and AndWorld Design are delivering visuals every bit as impressive as the story and script. I love Ronan’s crisp art style and his action is as brilliant as his character work. I love his take on Sapienza’s team of Nightwings and the way he draws Bea, Ric and Cobb fits with the stellar work of his immediate predecessors, Chris Mooneyham and Travis Moore, yet is uniquely and stylistically his own.

Nick Filardi’s use of color in the conflagration scenes compared to the contrasting cooler tones of the flashbacks is very impressive. Once again he has used his experience, after years of working on this book, to marry the different art styles of many artists, giving Nightwing a cohesive and consistent feel.

I’m absolutely loving this series right now. We have the story of one of the greatest heroes in the DC Universe being used and manipulated by his blood family and their masters, while he has rejected and been made to forget his adoptive family, the ones who always loved and nurtured him. This is a comic-book that deals with complex subjects like nature over nurture, family, memories and experience. Oh… and it’s also entertaining as hell.

Nightwing #66 continues a run that has been consistently excellent since Dan Jurgens took over as writer. With a solid and incredible art team to breathe life into the scripts, this title is a joy to read and review every month.

Who Is DC’s Villain Of The Year? The Fans Decide