‘Titans’: Raven’s Dark Side Side Gets Darker

According to Renaldo Matadeen of CBR.com, the latest episode of Titans season 2 “Fallen” takes a deeper and more complicated turn, as Raven’s Dark Side Side Gets Darker. The police aren’t only the ones looking for her, as her own Titans teammates are on a Raven hunt as well. 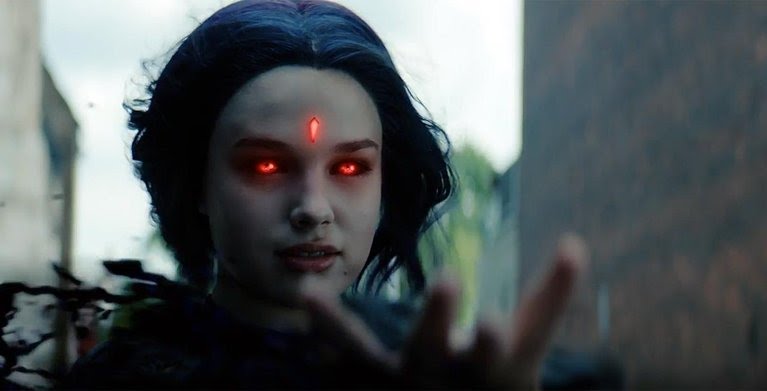 Raven began the season with her father, Trigon, in his full-demonic form, ripping her heart out and turning it into her iconic gem, before inserting it into her forehead. Trigon’s efforts at making her a servant to his will backfired and she eventually broke free to disintegrate him.

That freedom was short lived, however, as it appears the repercussions of Trigon’s labors are far longer lasting than we’d thought.

Raven’s protective purple-black goo, which she uses in battle, is basically becoming a Venom-like creature with its own thoughts. Therefore, what was once a tool Raven could manipulate, is now controlling her, as she becomes increasingly more aggressive. Training sessions have become deadly as it seems she can kill with nothing more than a glare.

Therefore, Raven’s father’s actions placed her on a journey to the dark side.

Is Raven turning bad, thus giving the Titans a formidable challenge within its own ranks? Or will she beat out this new symbiotic presence?

Enjoy the ride as Raven’s Dark Side Side Gets Darker!