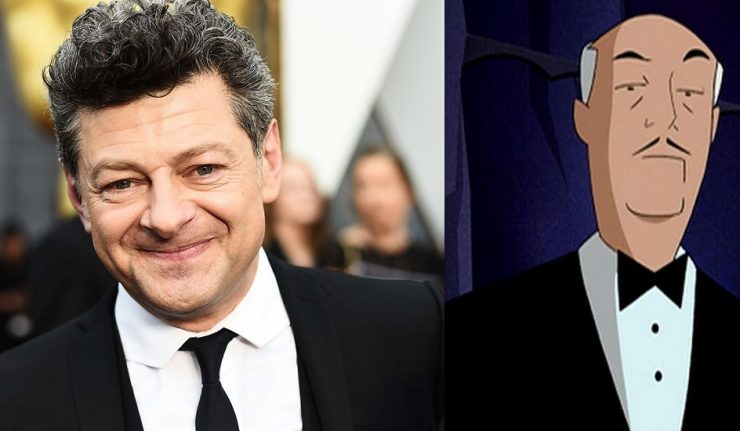 Matt Reeves, writer/producer/director of The Batman has confirmed with a tweet that Andy Serkis will portray Alfred Pennyworth in the film (and very likely, it’s subsequent sequels). What an awesome way to get people to follow your tweets, as the anticipation for this Batman movie featuring the Dark Knight’s detective skills is sky high!

The Batman will star Robert Pattinson as Bruce Wayne/The Batman, Jeffery Wright as Jim Gordon, Zoe Kravitz as Selina Kyle/Catwoman, Paul Dano as Edward Nashton/The Riddler and Andy Serkis as Alfred and is due to hit theaters on June 25, 2021

Don’t Call It A Reboot!

Excitement levels for this “reimagination” of Batman are at a fever pitch and the Pattinson/Serkis banter will be phenomenal, pending the right script! Kudos to this casting home run!