DC Comics have officially announced the next chapter in Batman’s heartbreaking tale, Batman: Pennyworth R.I.P. which follows the tragic events of Batman #77. The special one-shot tale will traverse the Bat-Family’s emotions as they mourn the loss of a beloved family member.

How Will Batman Deal with This Heartbreaking Loss? 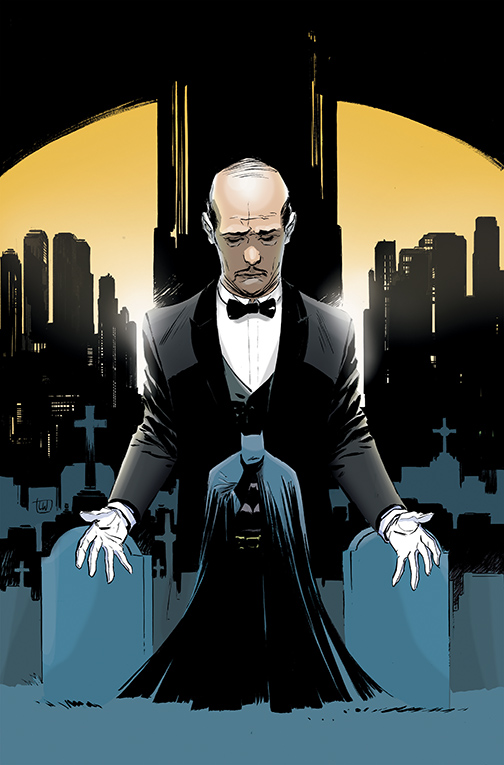 Readers everywhere were stunned to see Alfred Pennyworth, faithful butler to not only Batman, but all the Bat-Family, meet a brutal end at the hands of Bane.

Alfred Pennyworth served the Wayne family for decades, even through the terrible loss of the Dark Knight’s parents. His shocking death at the hands of Bane is the only event that could possibly compare to that fateful night in Crime Alley, and it leaves Bruce at a similar crossroads. If Alfred was the glue that held the Bat-Family together, how will Batman deal with that all falling apart? If the Caped Crusader is to be truly alone, he might either hang that cape up once and for all… or double down and carry on with this vengeful quest forever.

Co-written by James Tynion IV (Justice League, Justice League Dark, Detective Comics) and Peter J. Tomasi (Detective Comics, Adventures of the Super Sons, Batman and Robin) with art by Eddy Barrows (Freedom Fighters), Eber Ferreira (Blackest Night, Wonder Woman), and others, Batman: Pennyworth R.I.P. celebrates the life of one of the most important people in the history of Gotham City, while also addressing questions about what comes next.

For the latest information on the World’s Greatest Super Heroes, visit the DC website at www.dccomics.com, the DC YouTube channel, or follow @DC Comics and @TheDCNation on social media.

Is Alfred truly gone forever? I can’t wait to read this issue, Bat-fans!