It’s been a big year here at DKN! Tons of cool stuff has come out of the MCM London Comic Con, including exclusives on Pennyworth. The CW is doing its magic with Batwoman, Crisis on Infinite Earths crossover occurring, its hard not to say DC shows are treasures.

New York Comic Con gave us a blast from the past this year with the iconic cast members of Batman Beyond for their 20th Anniversary. The Dark Knight really had a dominating presence at NYCC for his very own 80th anniversary. 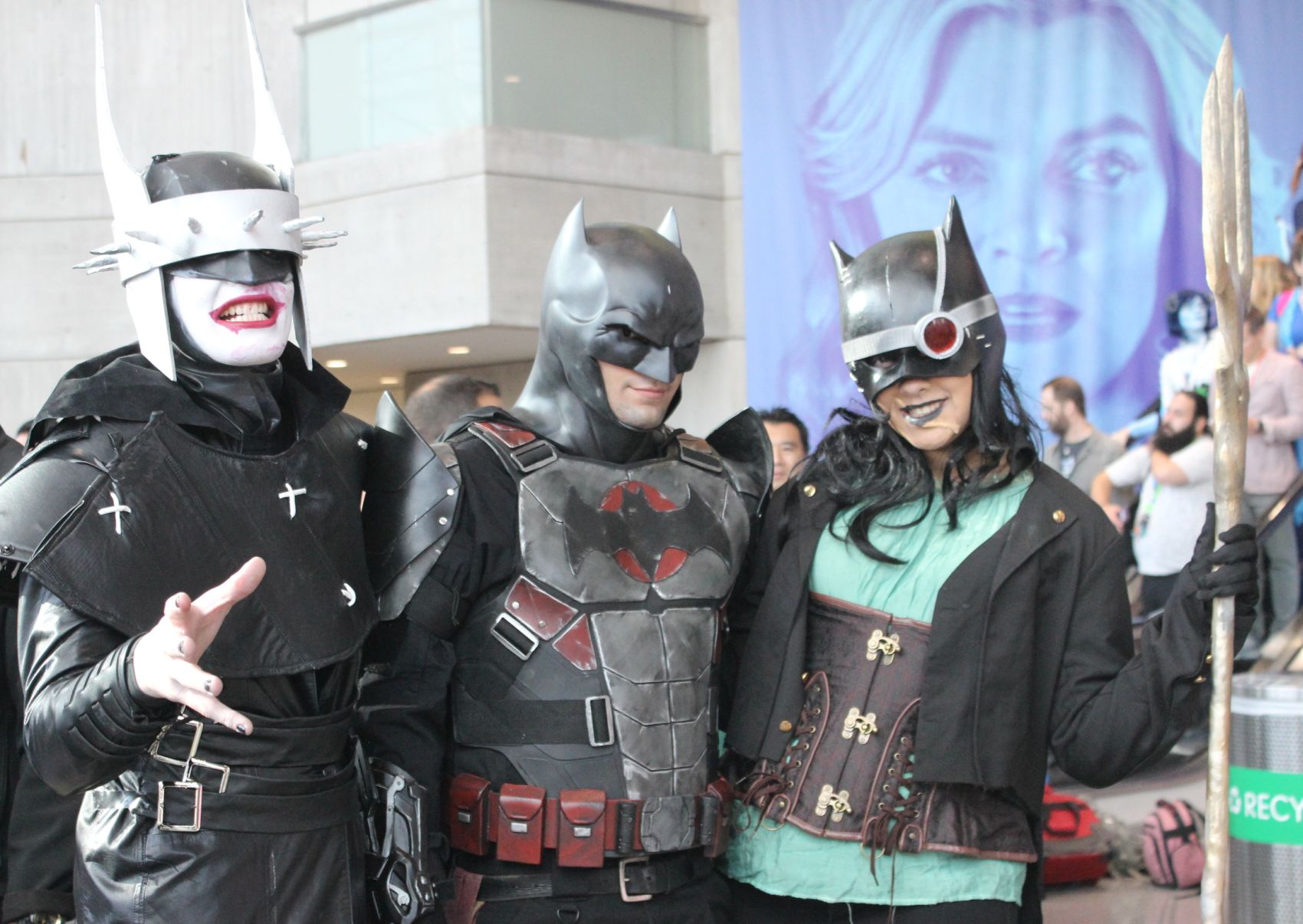 The neo-noir animated series Batman Beyond (1999 – 2001) captivated a whole generation, and long-time DCU casting director, Andrea Romano said that it’s unbelievable that the show was able to pull in so many of us for so long. She expressed how a large demographic of the viewers were girls, and that touched her heart. Not every person had the same resources, as Will Friedle, the beloved voice of Terry McGinnis also talked about how fans reached out and stated how much Batman Beyond was at times their only resource. This was a highly nostalgic interview.

The topic of mental health has been a long marketed hot topic in comics, and yet there are communities it still hasn’t reached. But, films like Joaquin Phoenix’s Joker have opened up this once taboo topic all over the world. Having them take issues much more seriously, ranging from mental health days off from work, bringing attention to how social systems cut fees for medication when it was most desperately needed, and traumatic impacts of domestic violence on victims and society’s ignorance.

These topics were also brought to attention in neo-noir and futuristic narratives such as The Matrix (1999) and novels such as The Minority Report and Do Androids Dream of Electric Sheep by Phillip K. Dick. Both novels are influencing visuals and story-telling heavily even today. Science-fiction inspirations are brought to life in Batman Beyond. Will Friedle loved how much he heard how the show was a huge part of many people’s childhoods. How important it was to his fans and how he had no idea how much the show would matter to them. He gave us a very honest and warm message about anxiety and how anxiety attacks influenced his next moves in life. He suggested moving forward and explained his process of moving forward whenever possible. He said as he moves forward, he always brings people up with him.

I could watch the reruns forever. “Egg Baby”, a classic and Emmy Award winning episode. I loved “Return of the Joker”, it gave a brilliant insight into the villain. As James Tucker expressed this insights in Batman: The Brave and the Bold, the Joker’s biggest fear was to be uninteresting. Just like a narcissist, once you stop giving the attention, he’s defeated.

Kenvin Conroy gushed about Ruby Rose, our Batwoman, and it’s one of the most enjoyable things I’ve ever heard Batman talk about. Here’s an excerpt, but you find the full-length interview below.

The cyberpunk and the Neo-Gotham dystopian feel are reasons for why I fell for artificial intelligence science. It was a treat to meet Andrea, as she doesn’t come out to these events often since her retirement, but DKN had the huge honor.

It’s my greatest pleasure to introduce Kevin Conroy (Batman), Will Friedle (Terry McGinnis) and Andrea Romano (Casting director). Congratulations on the 25th Anniversary of Batman Beyond.

It’s been years since fans have wanted to see the the best-known Batman don the bat-suit, and he finally does this year for the CW’s Crisis on Infinite Earths crossover. He touches on hie excitement, entertainment talent, Ruby Rose, and how he received the phone call for the role.

*Neo-noir: Neo-noir is a revival of the genre of film noir. Mostly produced in the United States, the genre isn’t only to express something sinister and shadowy going in the background, but also expressing a cinematographic style. Neo-noir film directors refer to ‘classic noir’ in the use of tilted camera angles, interplay of light and shadows, unbalanced framing; blurring of the lines between good and bad and right and wrong, and thematic motifs including revenge, paranoia, and alienation.