You are right to be excited, as 2019 is a big year for Batman. It’s wonderful when the anniversaries all line up. 80 years of Batman, and 30 years of Tim Drake, rounded off with 20 years of Batman Beyond. 2019 is a time to recline in the Bat Cave with characters we love. Characters from across time, it seems.

Let’s consider our friend from the future, Terry McGinnis, and what his involvement has been since the Batman Beyond animated series debuted in 1999. For a high speed history lesson from my own Bruce Wayne (except with more cheer and less gray), read part one of this article right here. 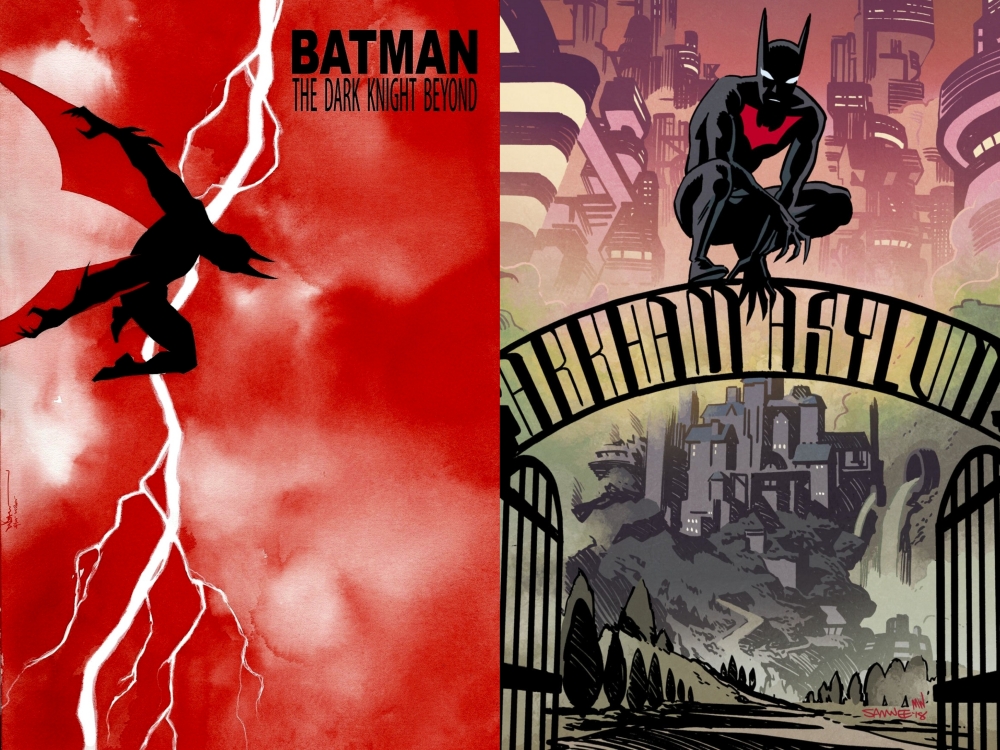 The concept for Batman Beyond was something of an experiment from the fledgling animation team. The show originally aired between 1999 and 2001. At the tail end of the original masterpiece Batman: the Animated Series.

With that show coming to a close for its own reasons, many creative minds wondered what the future held for Batman on television. Certain writers like Paul Dini took that question very literally.

The inspiration was quite clear. The aging Bruce Wayne feels beaten by the world without Alfred or his extended family. A part of me wonders if this is a Bruce a few years shy of Frank Miller’s  Dark Knight Returns, unable to keep Carrie Kelley by his side for reasons unknown, and fully mired in a reclusive slump.

Finding Terry McGinnis brought justice and safety back to the streets of a very different, but still very recognisable Gotham. As technology gave the populace mag-lev trains and flying cards, the criminal element took cybernetics and energy weapons as standard. The cyberpunk look was therefore, a big separator between the last animated portrayal of Batman, and the one we know from the comics.

It’s a very bold thing to take a recognized character, like Batman, change everything we associate with the title and the setting in a deeply radical way, yet somehow faithfully preserve the expectations we all have for the them. I think for that reason alone, Batman Beyond is bold, and ambitious. It’s a character, and a setting, that should be considered and respected a great deal in further DC Continuity. 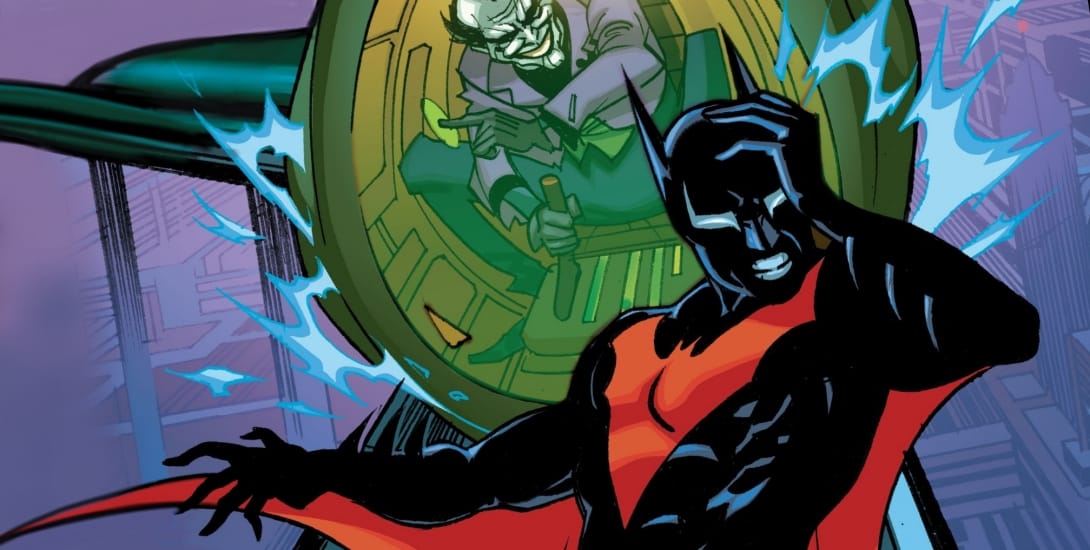 Pore Over the Pages

The show has been off screens for a long time, but the future Batman is still very present in Dan Jurgens’ excellent comics run.The universe has expanded enough for him to have his own Robin fighting alongside him. Other classic characters from the animated series also make regular appearances, and all the while we see many new features added to the setting.

These issues have performed an incredible, impossible balancing act. They’ve stayed completely sincere to the original animated series; Barbara Gordon is chief of police, and Bruce Wayne is the man in the cave running point, but they’ve stayed true to what’s happening in current comics continuity too. Damian Wayne is out there, on the fringes of society and more himself than ever. The current continuity keeps time honored traditions from the show, finding new ways to reintroduce the tropes of old villains into the future Gotham. The most recent classic villain to make their return was The  Scarecrow. This time the master of fear is a victim of meeting Batman in their formative years, using a signal to project waves of inescapable fear of The Batman across the city.

All the while Jurgens and his collaborators bring many new elements to the Batman Beyond story, and to DC comics as a whole. Dick Grayson, matured and mayor of Bludhaven, with a daughter whose mother has so far yet to be named.

Batman Beyond has seeped deeper into many parts of the wider DC canon. He was very welcome in the two part episode of Justice League Unlimited: “Once and Future Thing” where he seemed to be a very active as a member of a future League.

Even smaller elements of his character, such as the colloquialism of Neo-Gotham “Schway” has made it onto The CW’s Flash, and is constantly uttered by Nora Allen; a possible sign that a future like Batman Beyond could be on the cards for the Arrowverse, and perhaps of Terry McGinnis’ Batman having been trained by Ruby Rose’s Batwoman?

This character, and this vision of Batman, keeps enough the same but is just a little bit different, when compared to the rest of the canon. His place in DC Comics is now established and welcome, as a result of his multiple appearances and representations.

For me , though, his strongest portrayal is definitely Dan Jurgens’ current run in the ongoing comics. The animated series established the character, but the ambition of the comics could set the tone for a Future DC universe…  and Beyond.