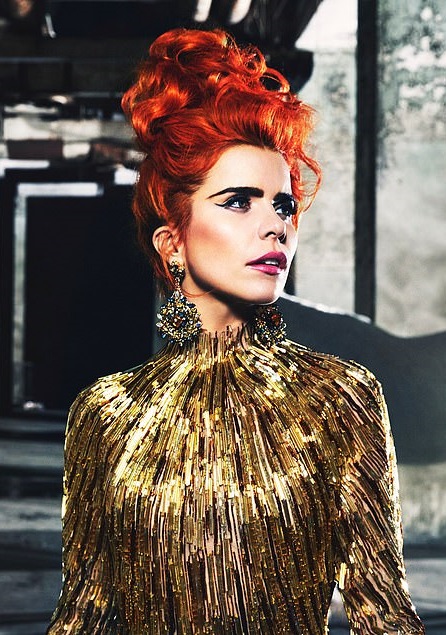 Paloma Faith is a multi-platinum selling and award winning singer/songwriter, and actress. She has appeared in the films The Imaginarium of Doctor Parnassus, Dread, St Trinian’s and Youth.

Batman fans and critics alike were blown away by her portrayal of Bet Sykes, in Epix’s runaway hit show Pennyworth. I was fortunate enough to talk with her at her table at the recent MCM Comic-Con in London, and to attend the panel, featuring show-runner/lead writer Bruno Heller, as well as her fellow cast members Ben Aldridge and Jack Bannon.

She’s an absolute joy to talk to, and clearly passionate about her character and her work.

So, yes, Bet is a new character, created by Bruno (Heller). She’s from the north of England and killing people is her job… which is why she’s become so de-sensitised to it. Most people think she’s a villain because they don’t necessarily expect to see a woman, or a maternal figure, act in such a way. I don’t subscribe to those generalisations. I feel like we’re all human beings, and she just sees it as her work.

Personally, I feel a lot of empathy towards her, I kind of agree with the people she knocks off… she’s never killing someone who’s really lovely, they always kind of deserve it. Obviously in the society we live in it would be horrific if I really killed somebody that I didn’t like, but that would mean the end of this character entirely.

I’ve had a great time playing her.

Between the cast, we discuss a lot how she adds another layer to the concept of the British class system, which is quite prominent in this world; both today, and back in the 60s. Britain is sort of inherently divided by class, and all that comes with it. For me there are a lot of parallels between Bet and Alfred, because they’re both essentially pre-destined, by being working class, to serve or work under somebody else.

Both of them feel they have the capacity to be their own boss, and I feel that this is what she brings to the table. 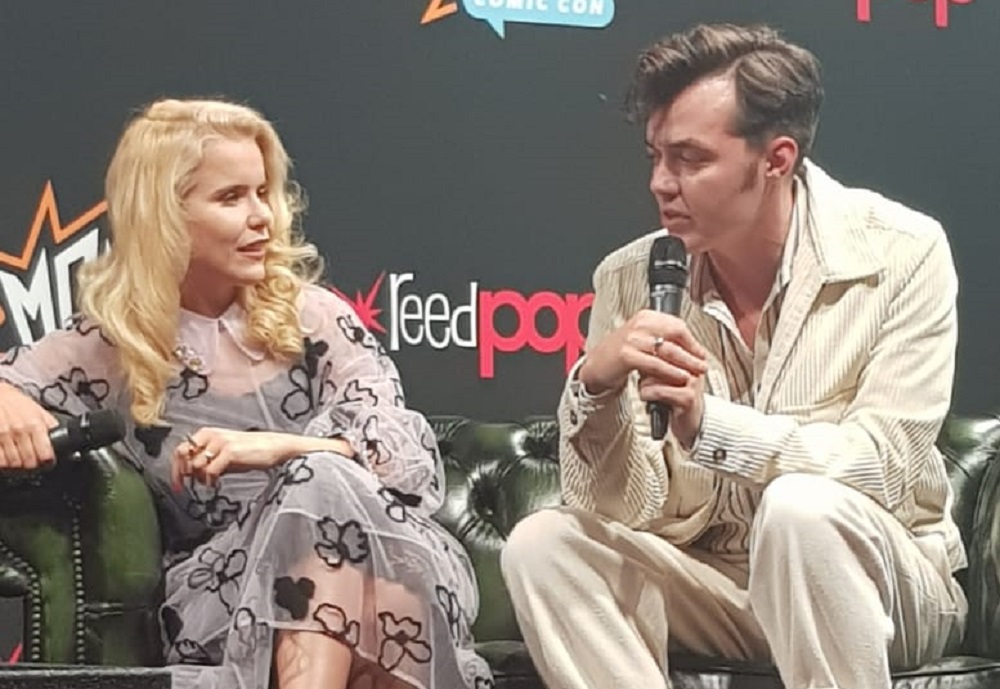 PF: When I was first cast, Danny Cannon, who’s one of the directors on the show, did say to me that I should watch a lot of films and documentaries about Myra Hindley, but I kind of made Bet a cross between Myra and this lady that used to work in the local Co-Op in Leeds, when I lived there. (Paloma’s accent shifts from R.P. to a lyrical  Northern twang, over the course of the sentence). She’d sort of be putting the fruit and veg through the till, and she’d be chatting to somebody else at the same time. She’d be like, “Cathy, my Ronnie… oh, you wouldn’t believe the woman he brought – two ninety-nine, luv… “, and that’s Bet Sykes’ thing, it’s like she’s doing one thing, but thinking about something else. She’ll have just killed somebody, but she’ll be worried about what she’s going to have for tea.

I was raised by a woman who is absolutely obsessed by the (1960s), so I’ve spent my entire life researching for this show… I’ve basically had it force-fed to me. My mum’s biggest regret in life is that I wasn’t around then to see it. I was brought up watching reruns of Ready Steady Go… and the lyrics, the protests, the fashion – my mum’s got all her old clothes, and I used to dress up in them when I was little. 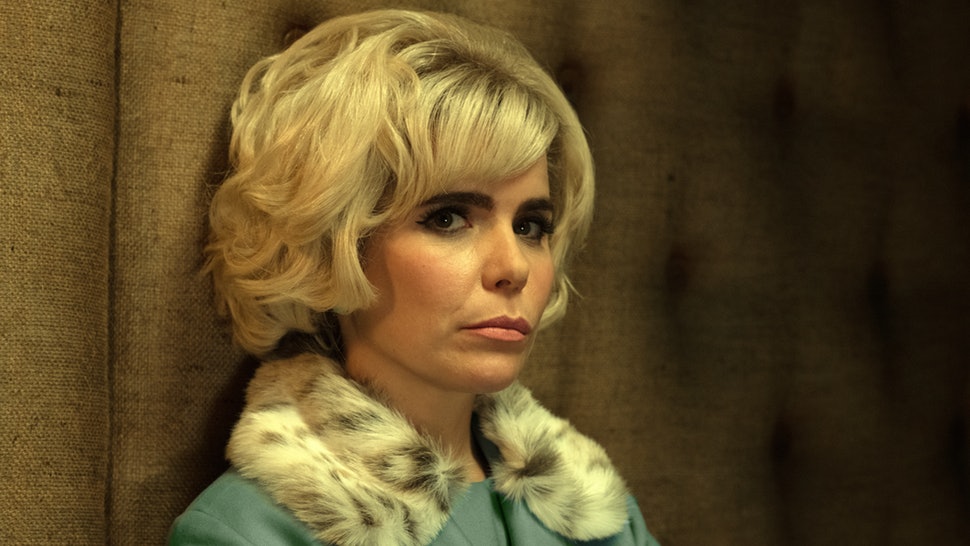 PF: The action’s great, and it’s nice to put that on your C.V. I’ve done a bit of this, and a bit of that… but what I liked the most was the writing. I feel like Bruno’s such a clever writer, because we believed it every bit as much as the audience does when they see it.

It got to a point, about halfway through making the show, where you’d know what you were going to say next while you were reading (the script). You don’t know whether it’s you or the character that’s speaking. There was one bit where I got to do a scene in the kitchen, and I say, “I’m restless… I’m a caged animal!” and I was like, “Oh my God… he’s really been listening to me off-set”, as basically that’s my general attitude.

In the shadow of the Bat

PF: People keep returning to Batman because it’s inherently about the human condition. It’s about the torment that one faces, just as a human being. People relate to that. I’ve never met anybody that had a life without some kind of trauma… life has its peaks and troughs.

Just the other day my mum and I were talking, and she said that people who “just sail through”, that’s an illusion, there’s no such thing. For me, there’s such a wealth and depth in the way that world’s written; the philosophical questions of existence, and being morally pulled, or faced with circumstances in your life where there’s no such thing as “right” or “wrong.” As kids we grow up thinking that we wish life was about right or wrong, but with Batman we see that it’s not always as simple as that. Sometimes, the right thing involves a lot of wrong things… or the wrong thing started out with the intention of being the right thing.

When I watch Batman films, and I watch Pennyworth, it makes me question all of those themes. It’s ultimately about being a human being, and empathising with other human beings. 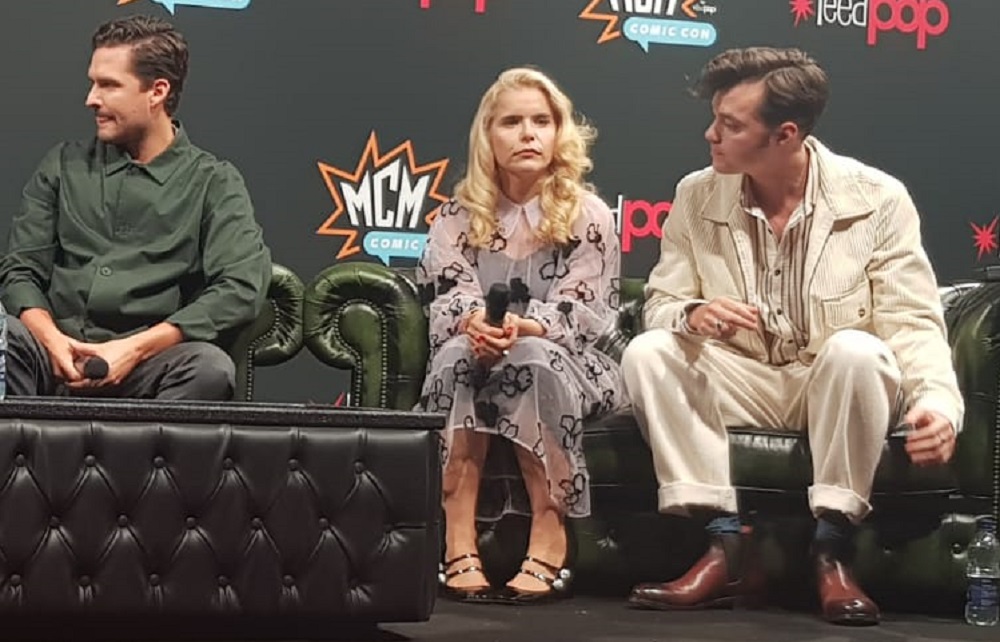 Emma Corrin… from Esme the barmaid, to queen of hearts

PF: I spent a lot of time with (Emma)… am I allowed to say that I’m in love with her, in the show? But also out of the show. Casting her as Princess Diana, oh my God… it’s so perfect. There’s something of Diana about her, and in our show that adds to the character she plays. There’s the juxtaposition between her inner strength, and her external vulnerability. I feel that really lends itself to her character in Pennyworth, and will hopefully go on to do the same in The Crown. That’s what Diana embodied.

PF: I was in a film called The Imaginarium Of Doctor Parnassus, where I acted alongside Heath Ledger. Unfortunately he passed away during the making of that film, and that’s the closest I’ve ever come to another actor who’s been in this universe.

PF: Thank you. I hope you enjoyed the show.

Paloma Faith has a sweet childlike innocence about her, but the way she can turn into Bet Sykes mid-sentence, and her love, appreciation and understanding of the comics source material really impressed me. Her performance as Bet in Pennyworth was a revelation, and she’s definitely one of the very best things about the show.

If you haven’t seen Pennyworth yet, do so. If you enjoyed this conversation, please check out the two articles already published; one with writer/show-runner Bruno Heller, and another with Thomas Wayne actor, Ben Aldridge. Then keep an eye out for Alfred himself, Mr.Jack Bannon, coming soon to Dark Knight News.

Images May Be Subject To Copyright. Pictures of Paloma Faith and the Pennyworth cast at MCM Comic-Con London by Daniel Belgrave.