Kevin Conroy Not In Next Batman Game

After being dormant for over 4 years, WB Montreal’s Twitter was active during Batman Day weekend a couple of weeks ago. Both posts featured strange symbols.

@WBGamesMTL is proud to celebrate Batman’s 80th anniversary with rest of the world during #BatmanDay #Batman80 pic.twitter.com/4VGz9kBWxj 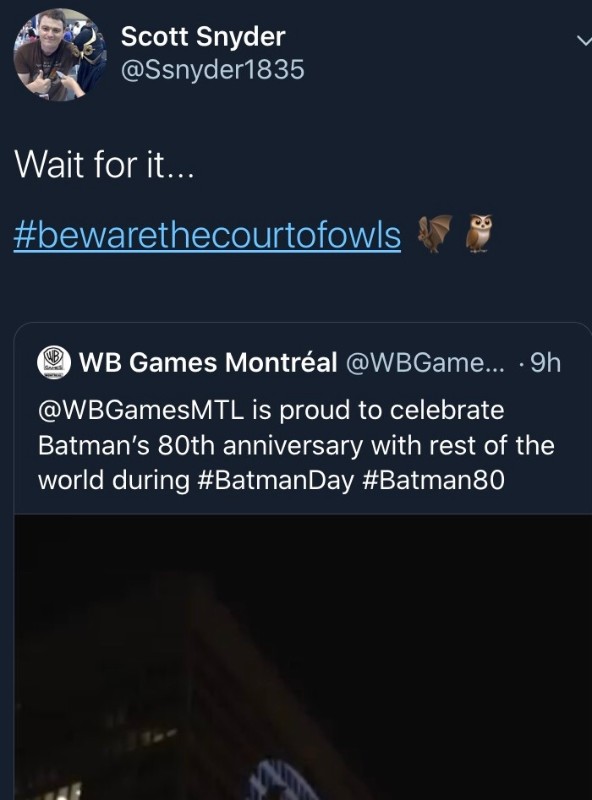 It has long been rumored that WB Montreal was working on another Batman game. There was also a rumor that the game would feature the Court of Owls. Scott Snyder, the creator of the shadowy conclave from the New 52 Batman run, helped stoke the fire when he replied to WB Montreal’s post. The tweet has since been taken down.

WB Montreal’s tweets took place a couple of days before PlayStation’s State of Play in September, a 20-minute video they do to show off and tease what is coming to PlayStation consoles. It was thought the new Arkham game would debut there, but it never did and WB Montreal’s Twitter has once again gone dark.

Whatever the truth may be, Kevin Conroy has confirmed that if WB Montreal is making a new Arkham game, he will not be in it. When asked, he simply said “I’m not.”

Conroy voiced the character in Rocksteady’s trilogy, but was replaced by Roger Craig Smith in Arkham Origins. The idea was that since it was a younger version of the character, they needed a different voice. Personally, I loved Smith in the role, so hopefully he will return for this potential sequel.

Who Are the Court of Owls?

The Court of Owls is an organized crime group and secret society that have existed since the colonial times in Gotham City. Although nothing is official, I’d suspect the rumored Court of Owls Arkham game would be a sequel to Origins, but still take place before Asylum, City and Knight.

What are your thoughts on a potential Court of Owls game? Are you sad or surprised to see that Kevin Conroy won’t be taking part? Let us know!