A new series of DCeased action figures is being released by DC Collectibles, furthermore, Tom Taylor spread the news via his Twitter account.

Based on the (quite brilliant) book that he’s been writing, this set of four figures will burst from the pages of the comic. In a Tweet, Tom said:

Just learned Batman, Superman, Joker & Harley Quinn will tear their way out of the pages of our #DCeased series in a line of Action Figures from DC Collectibles! Great to see Trevor Hairsine’s art brought to life by @HardingArt. Hope everyone picked up issue #5 today. (Sorry).

Ahead of the New York Comic Con announcements, DC Collectibles unveiled that these new DCeased action figures are being released. They’ll be additions to their DC Essentials action figure line. 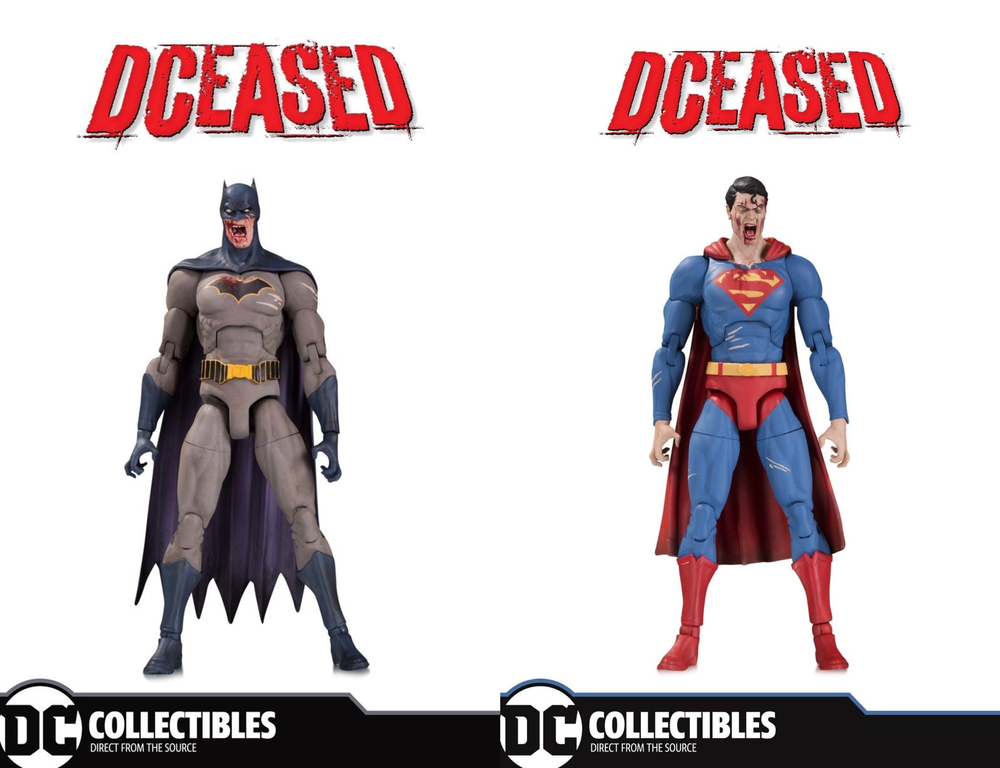 In the “DCeased” comic book saga a mysterious techno-virus is released on Earth, infecting 600 million people and turns them instantly into violent, monstrous engines of destruction. The heroes of the DCU are caught completely unprepared for a pandemic of this magnitude and struggle to save their loved ones first…but what happens to the World’s Greatest Heroes if the world ends?

These figures are no doubt going to be a popular choice with fans of the DCeased comic book series.  Therefore, if you manage to get hold of any of these, please let us know in the comments below.