Batman Ninja gave us a new take on Batman and some of his classic Rogues’ Gallery. The design crossover of Gotham villains with the samurai and ninja aesthetic was a beautiful thing to see. From Poison Ivy to Deathstroke, every redesign was perfect. Aside from The Dark Knight, Joker is the most well known character from the Gotham mythos, and his look from Batman Ninja is definitely one of the most outlandish from the feature. It’s such an interesting and enigmatic design, which definitely matches Joker’s personality.

Prime Studio 1 have created a beautiful statue of Sengoku Joker, from Batman Ninja. There are two different versions of this statue available. The standard edition is on sale for $1,199 and the deluxe edition is $1,499. 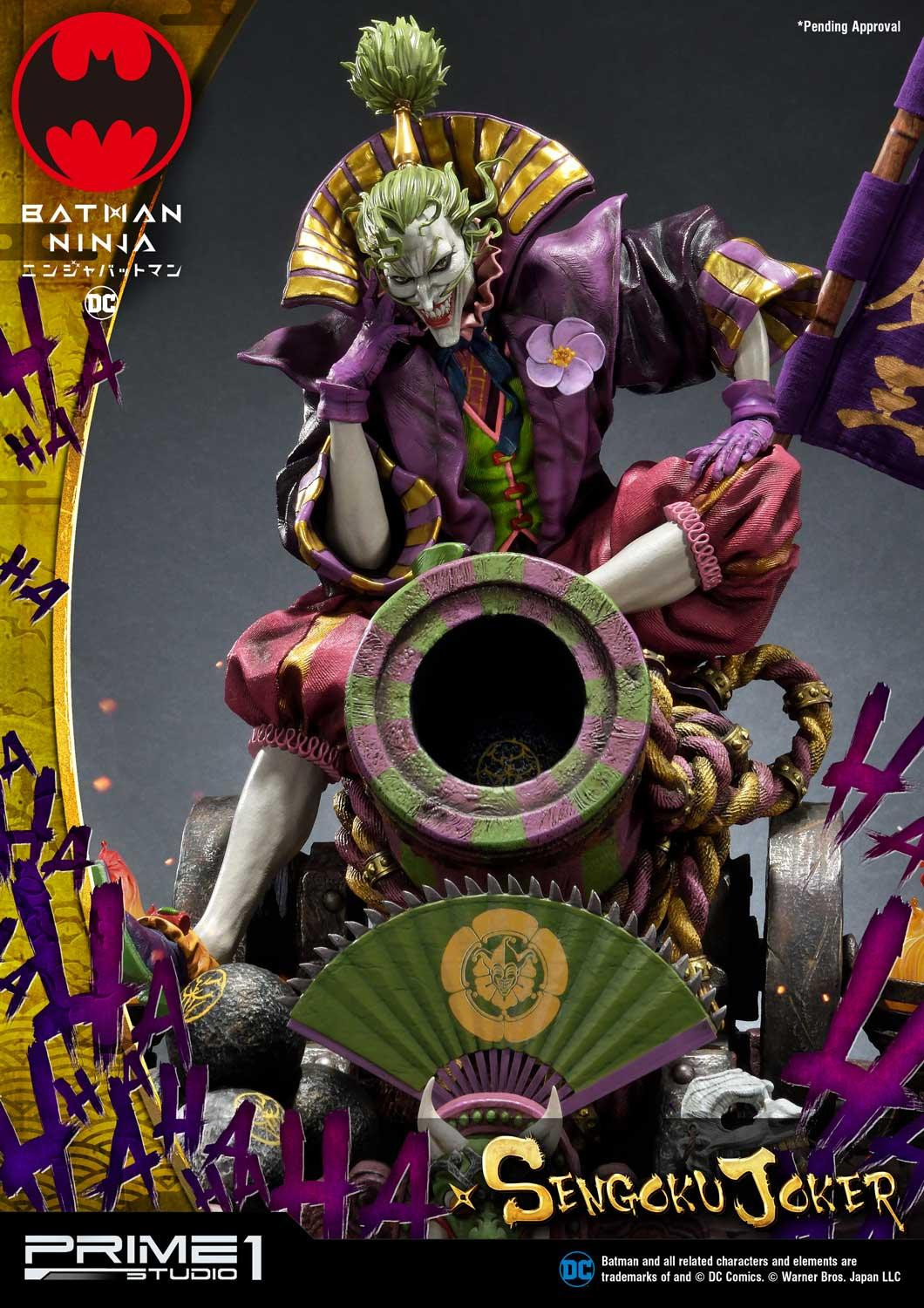 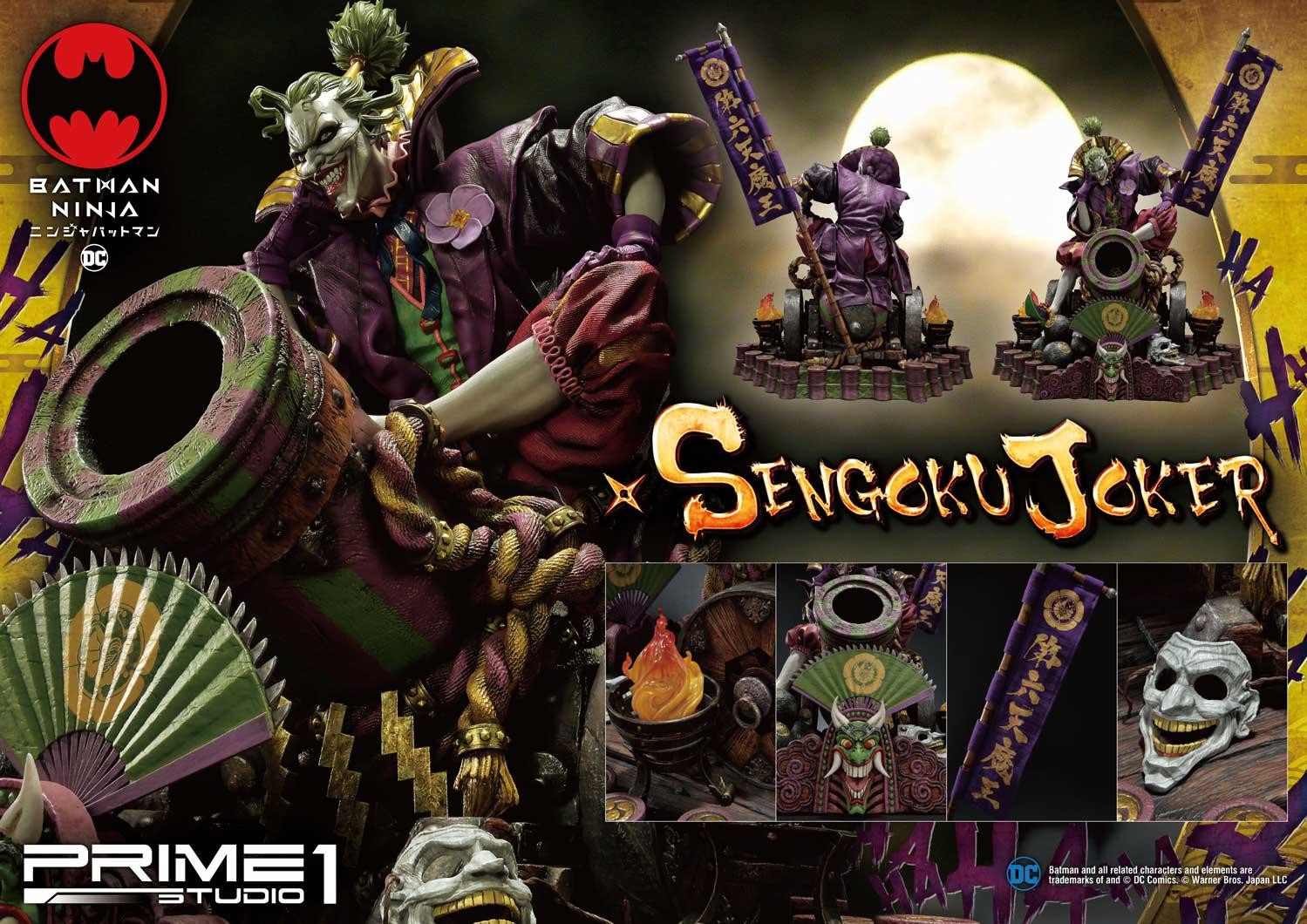 Batman Ninja takes a journey across the ages as Gorilla Grodd’s time displacement machine transports many of Batman’s worst enemies to feudal Japan – along with the Dark Knight and a few of his allies. The villains take over the forms of the feudal lords that rule the divided land, with the Joker taking the lead among the warring factions. As his traditional high-tech weaponry is exhausted almost immediately, Batman must rely on his intellect and his allies including Catwoman and the extended Bat-family to restore order to the land and return to present-day Gotham City.

The Statue is inspired by Takashi Okazaki’s stunning design that he created for Batman Ninja Animation. It is crafted with great attention to details. We also believe it perfectly captures the atmosphere of feudal Japan and the characteristics of Joker. The words on the flag says: Devil King Of The Sixth Heaven (Dairokuten-No-Mao/ 第六天の魔王) which is a Devil King from Buddhism.

It is a great companion piece to display next to the PMDCNB-01: Ninja Batman which is also soon to be ship. Make sure to collect those two unique statues!