In “Alma Cogan” Alfred, Thomas and Martha become embroiled in an assassination attempt on Lord Harwood.

So this is an episode where you definitely hear a strong classical soundtrack and it emits as a real character. In fact, 1960s music has had a strong presence in Pennyworth and even been an Easter Egg in each episode (have you been following the titles?) which is a clever way to reward our viewership!

Wow… one moment I’m up about them, the next I’m down. They weep for their son in jail, but then they get their baby back. Don’t talk mischief in front of Mrs. P, she makes a mean cup of cocoa! Papa P has terminal cancer though, which is not the news Alfie wants right now, if ever!

Girls… this is my darling wife, Marissa

The arrival of Lord Harwood (Jason Flemyng) is akin to a scene from Downton Abbey. Marissa is a bit upset that Bet (Paloma Faith) and Peggy (Polly Walker) are her husband’s bodyguards. Whew, and well we should be, as once again Paloma Faith gives an Emmy worthy performance!

Alfred is one cool customer, and he’s distancing himself from everyone… including his rebound girl Sondra. Or is he? He’s quite the cold customer in jail, and we learn later on that he’s back with her! Alfie could even be likened to a kingpin, as he wears fancy garb in jail, has prisoners at his beck and call, and he’s obviously intimidating to the “screws” that run the joint. Given how he’s running the place, is he keen on his new offer? “Are you waiting to kill in order to get out of here”?  It’s an offer that Alfred is not refusing at the moment!

In one corner the Raven Society, in this other, the No-Name league. The Raven Society is being recognized as a formal party cannot be a good thing… can it? Far be it from me to give away any spoilers, but this is where worlds may well collide. Assassination attempts, Martha and Thomas representing the No-Name League, and a sniper named Alfred who has a conscience! Alfred disobeys Aziz’s orders to open fire and instead saves Wayne, Kane, and Harwood from getting killed or captured. Who owes who at this point? 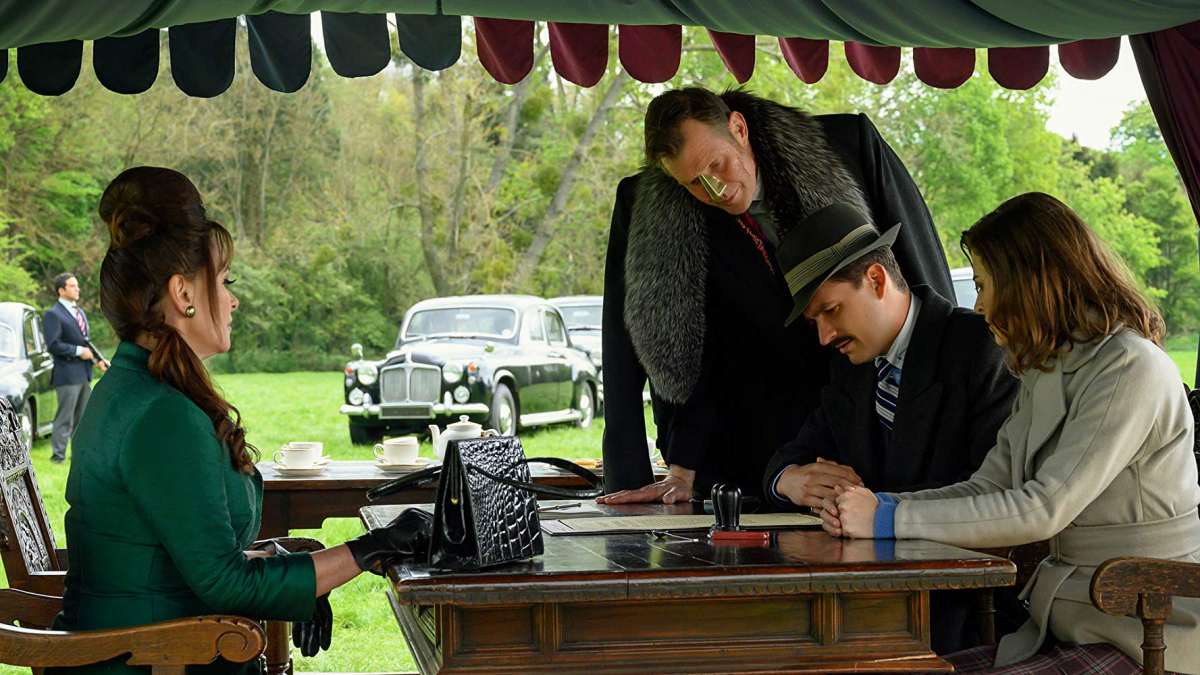 Beastie Boys could be a part of the soundtrack, as Alfie, Dave Boy and Bazza are on the run! Disobeyed orders mean he is fodder for real jail time at this point!  Thomas and Martha get an adrenaline rush, was that a sexual overtone joke on the part of Thomas to Martha? Why Mr. Wayne… are you human now? 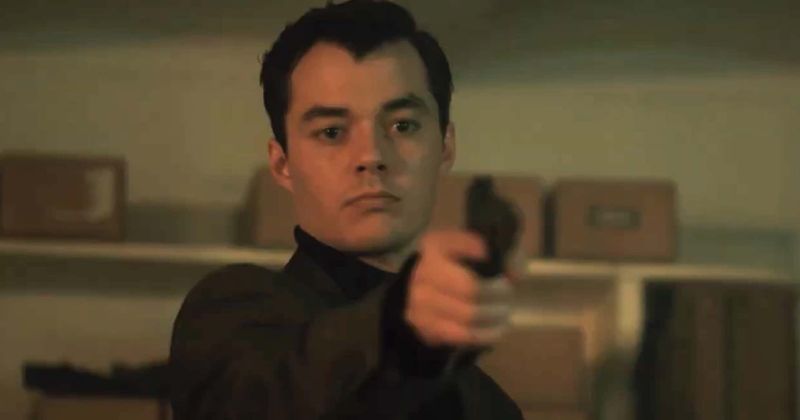 James Bond has his Jaws, but who’s the giant with the eye patch?

When a large man with an eye patch gets on a bus, why isn’t there more fanfare?  What was this all about?

Bet and Peggy tasked with a kidnapping? The Queen? “Nice to meet you, your Majesty! Drop the Gun… Drop the F$%^ing Gun!” 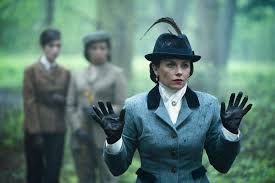 I know that Bruno Heller had a playground set before in Gotham, but there are scant remnants in the comics alluding to Alfred’s past! Holy Canon, Batman! Heller is hitting a home-run, and his cleanup batter is Paloma Faith! She’s wonderful! “Alma Cogan” is yet another great episode.