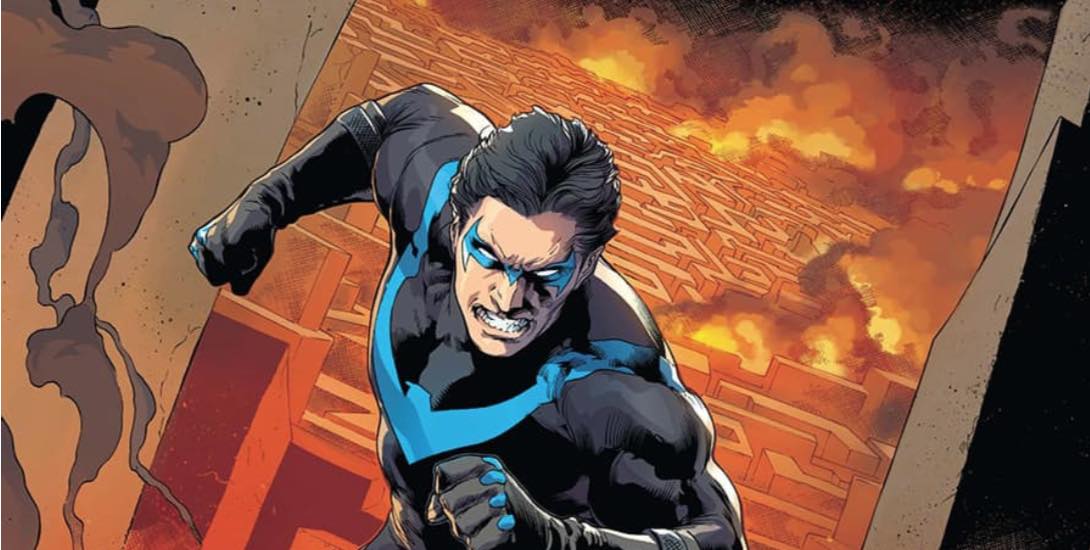 Recent Titans photos from behind the scenes confirm that Nightwing will appear in season 2. The pictures feature Dick Grayson actor Brenton Thwaites in full Nightwing costume, complete with the blue emblem on his chest and back. He even has the character’s signature escrima sticks!

Walked by a shoot. Nightwing and Superboy were there in costume! from r/TitansTV

Thwaites is further accompanied by fellow Titans cast mates. Alan Ritchson and Minka Kelly as Hawk and Dove stand together with Anna Diop’s Starfire. Upon closer inspection, one can even see Starfire’s new straight hair look.

Additionally in these new Titans photos, we get an initial tease at Chelsea Zhang’s Ravager costume, which looks pretty comic-accurate, with her blue bodysuit and orange boots look.

The only question now is, when will it happen? Most recently, Grayson made peace with Batman and took Jason Todd under his tutelage. It seems like the show’s setting up Grayson to embrace his unique hero identity and become Nightwing.

With all of these changes and effort to be more comics-accurate, will season two lighten its tone? It certainly seems that way so far! 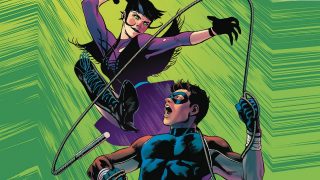