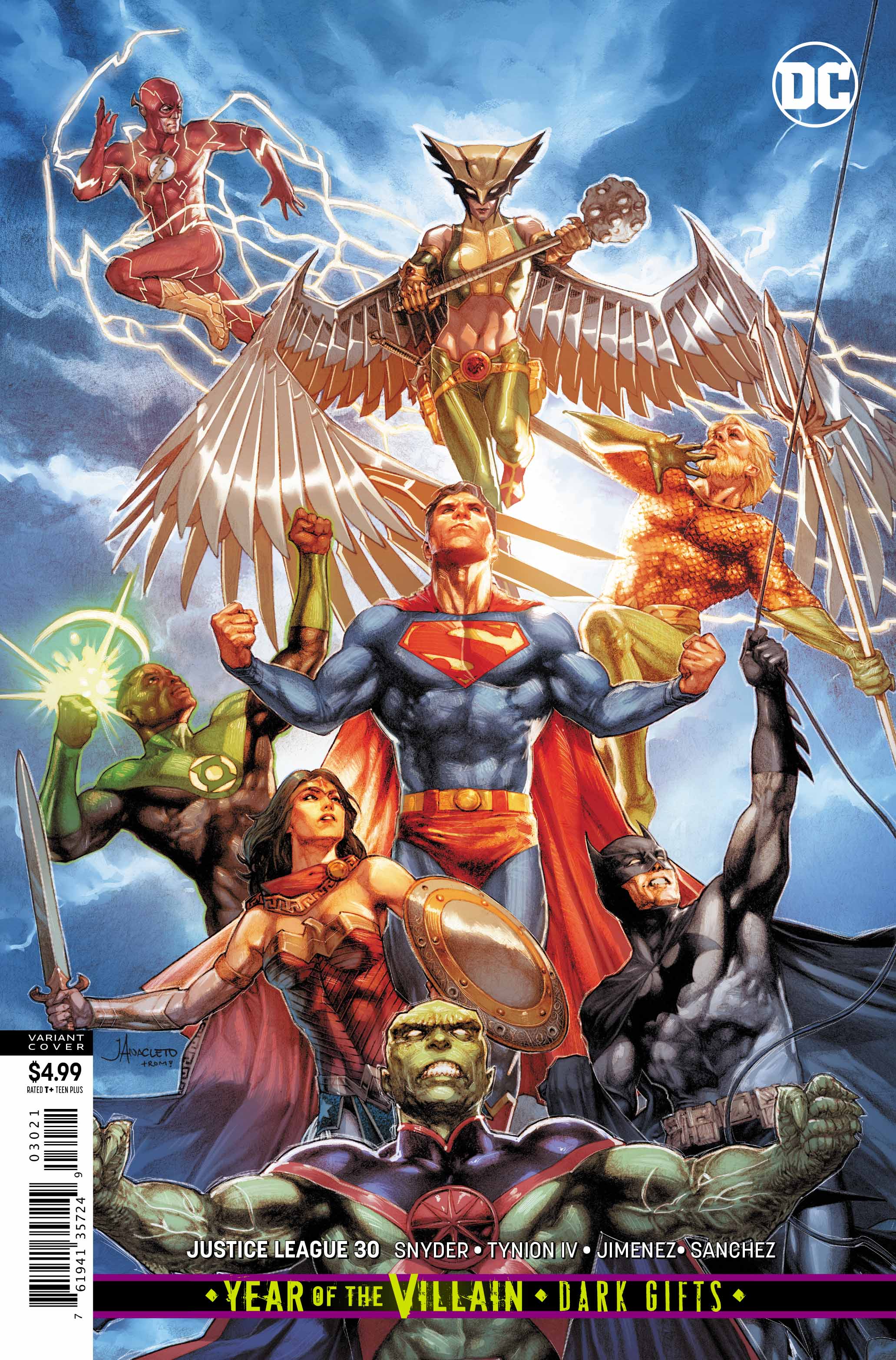 The Justice League has already lost, or so says Starman, in an address to a newly deputized group of League members. The cosmic hero reveals that he has seen three days into the future, and (Spoiler Alert!) the future isn’t pretty. With the aid of the evil deity, Perpetua, the Legion of Doom has destroyed the Justice League. Nevertheless, Starman has a plan. The League splits into teams and travels to different points in the timeline in search of the final missing pieces of the Totality.

Meanwhile, at the Hall of Doom, Lex Luthor has recruited villains from across the DCU to serve Perpetua. Having uncovered the League’s scheme by using the Starro fragment, Luthor sends an individual to infiltrate the Hall of Justice to sabotage the League’s time machine.

Snyder and Tynion’s script does a fantastic job setting up the premise of this gigantic arc. During his address to the newly recruited League members, Starman describes the cosmic forces at play. He establishes that there are Seven Hidden Energies of Creation mirrored by Seven Dark Energies of Doom. This sequence pulls together various threads from DC’s history and packages it in an easily digestible format. Thus, in many ways, Justice League #30 recapitulates some of the ideas that were summarized in Justice League #29, and it works fairly well. This issue also combines elements from Geoff Johns’ tenure on Green Lantern, to Grant Morrison’s The Multiversity. Both writers do a great job connecting these ideas into a cohesive, overarching system that will undoubtedly become fertile ground for many future DC stories. 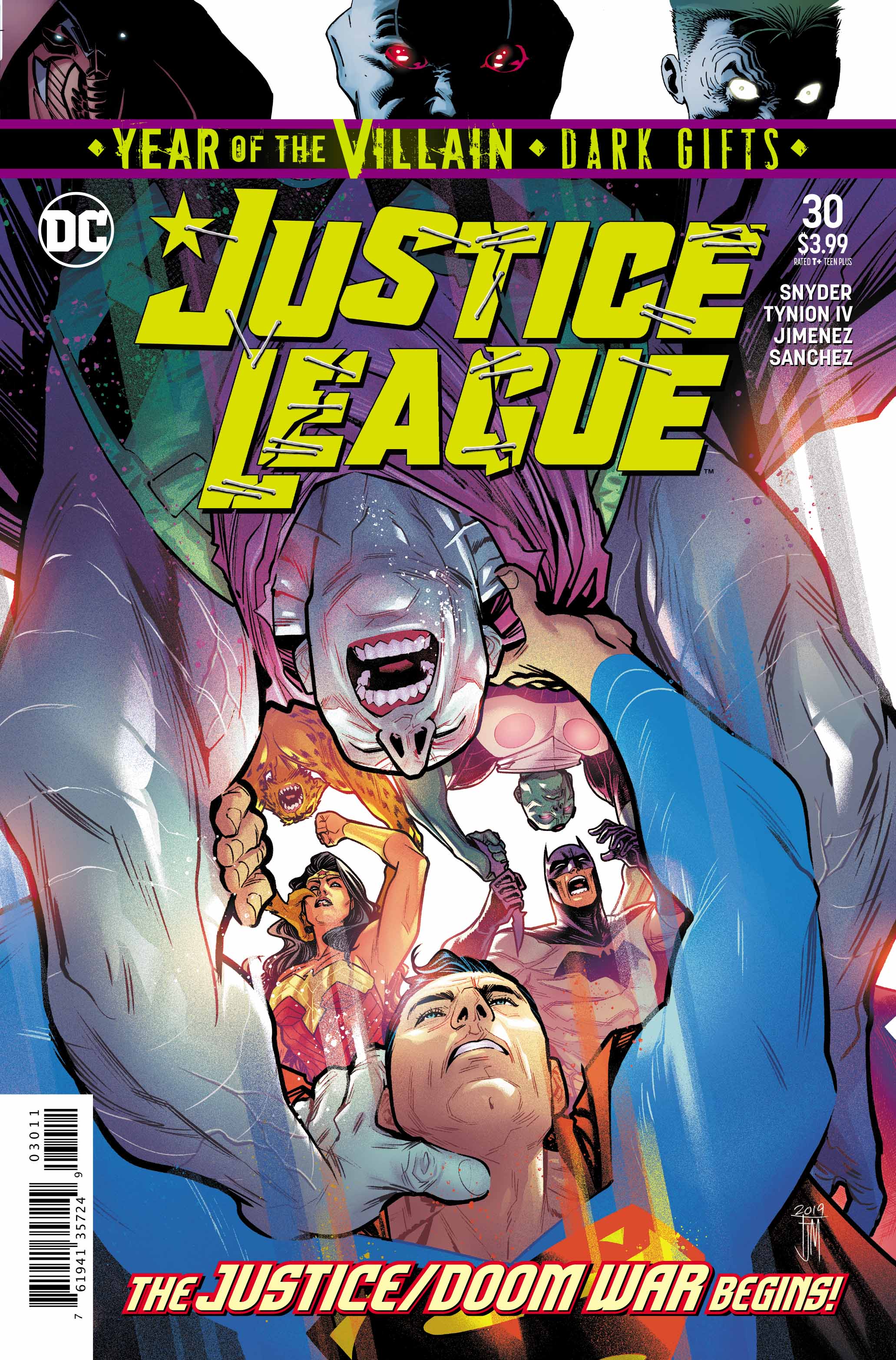 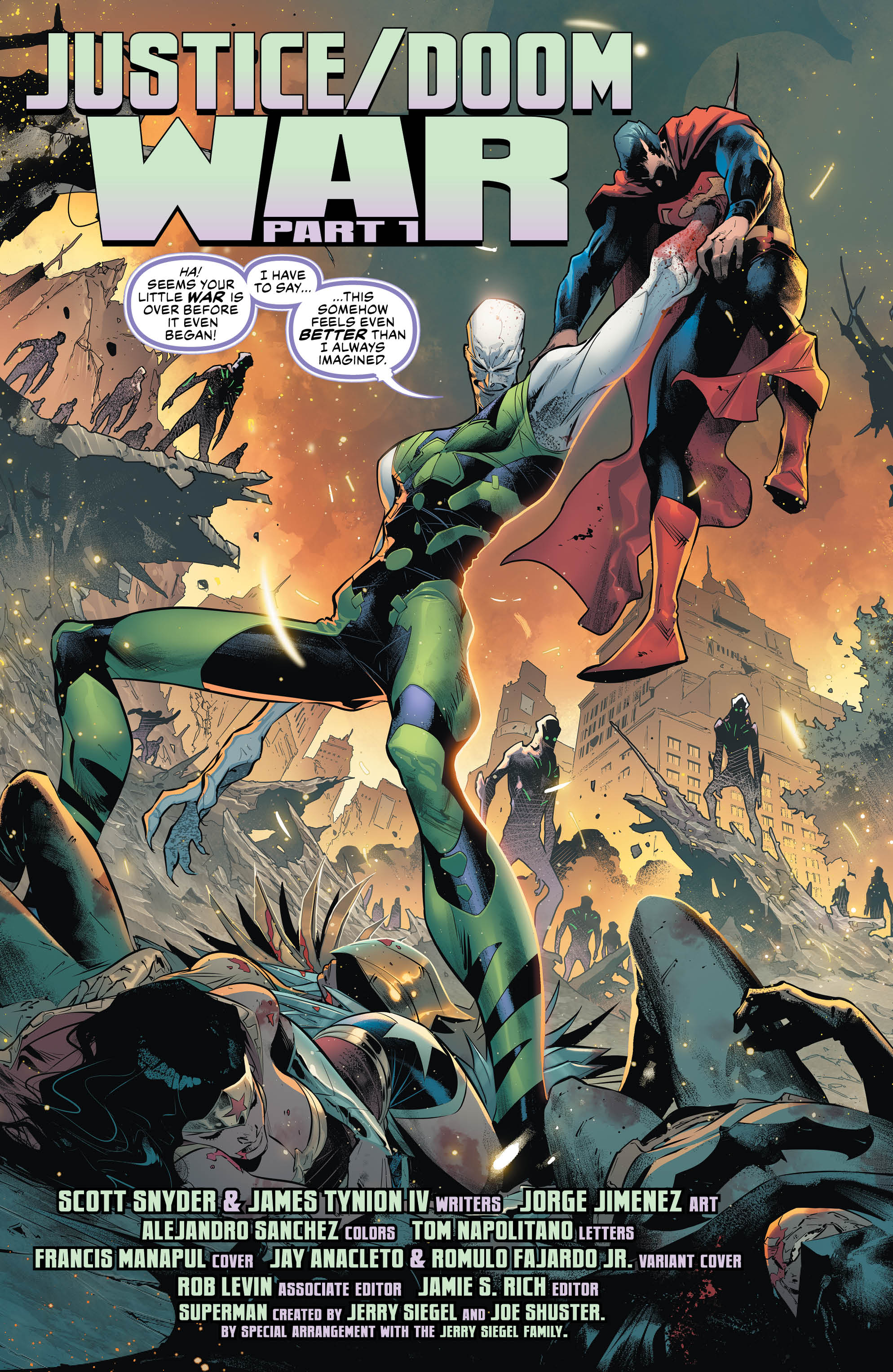 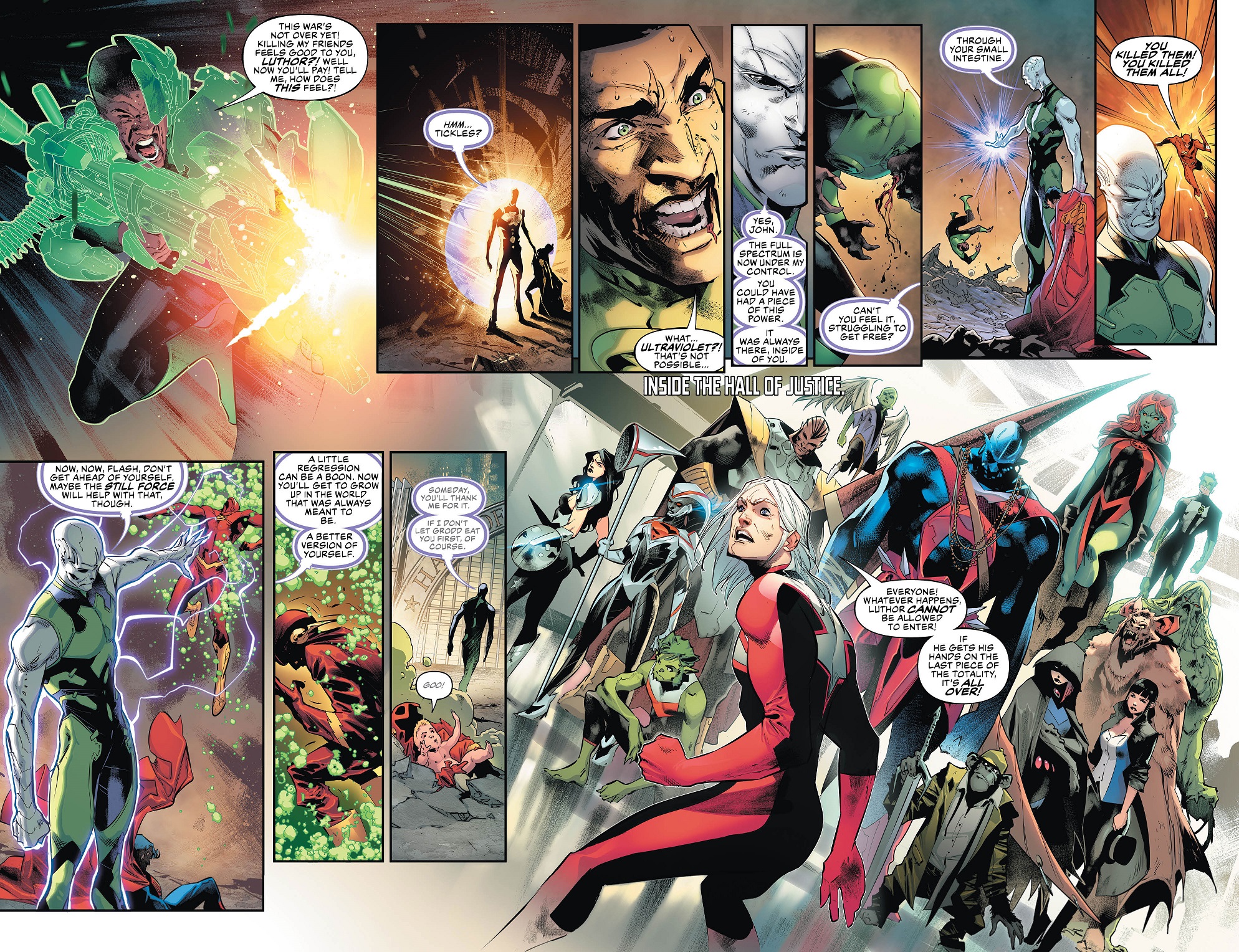 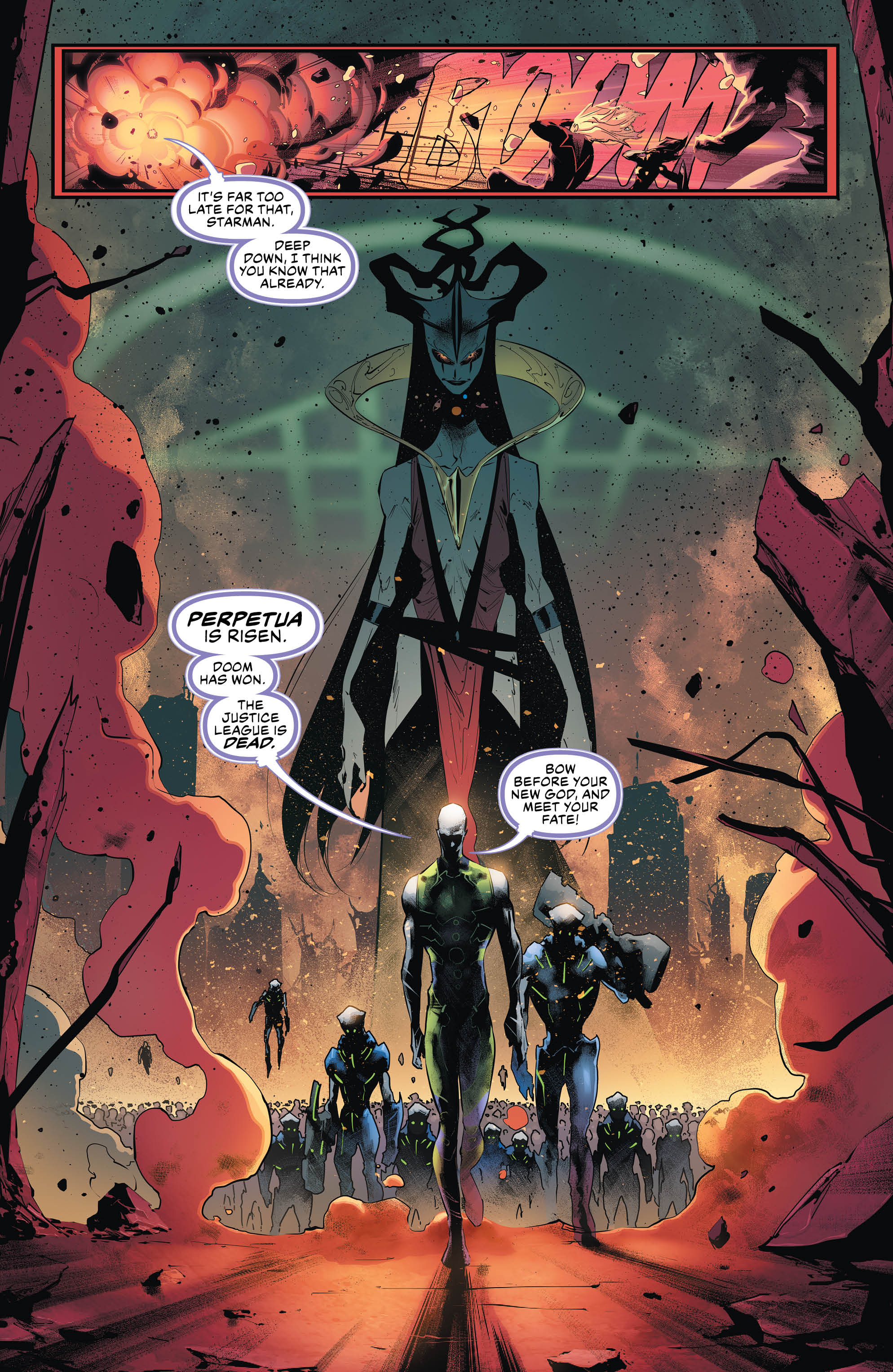 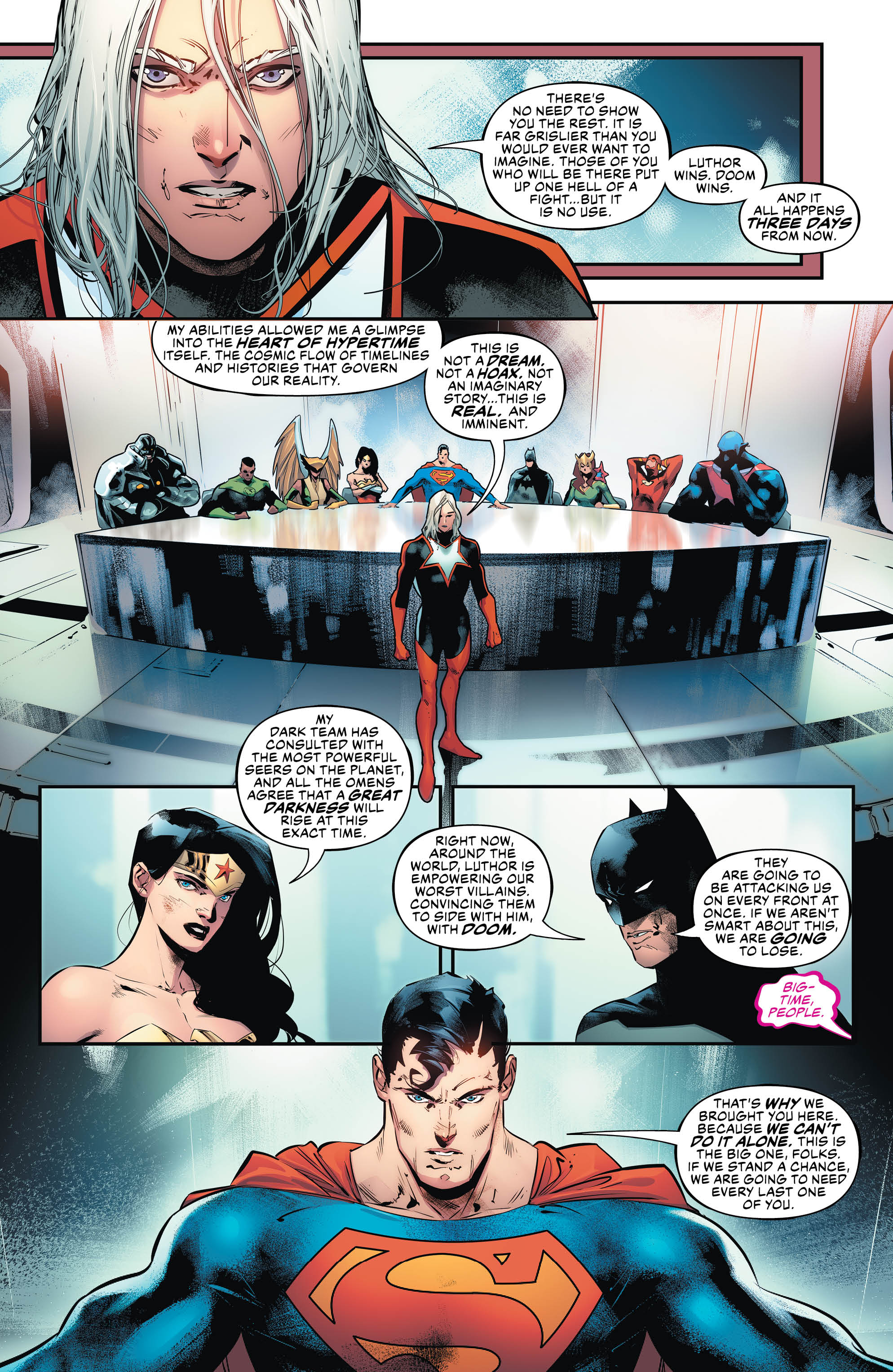 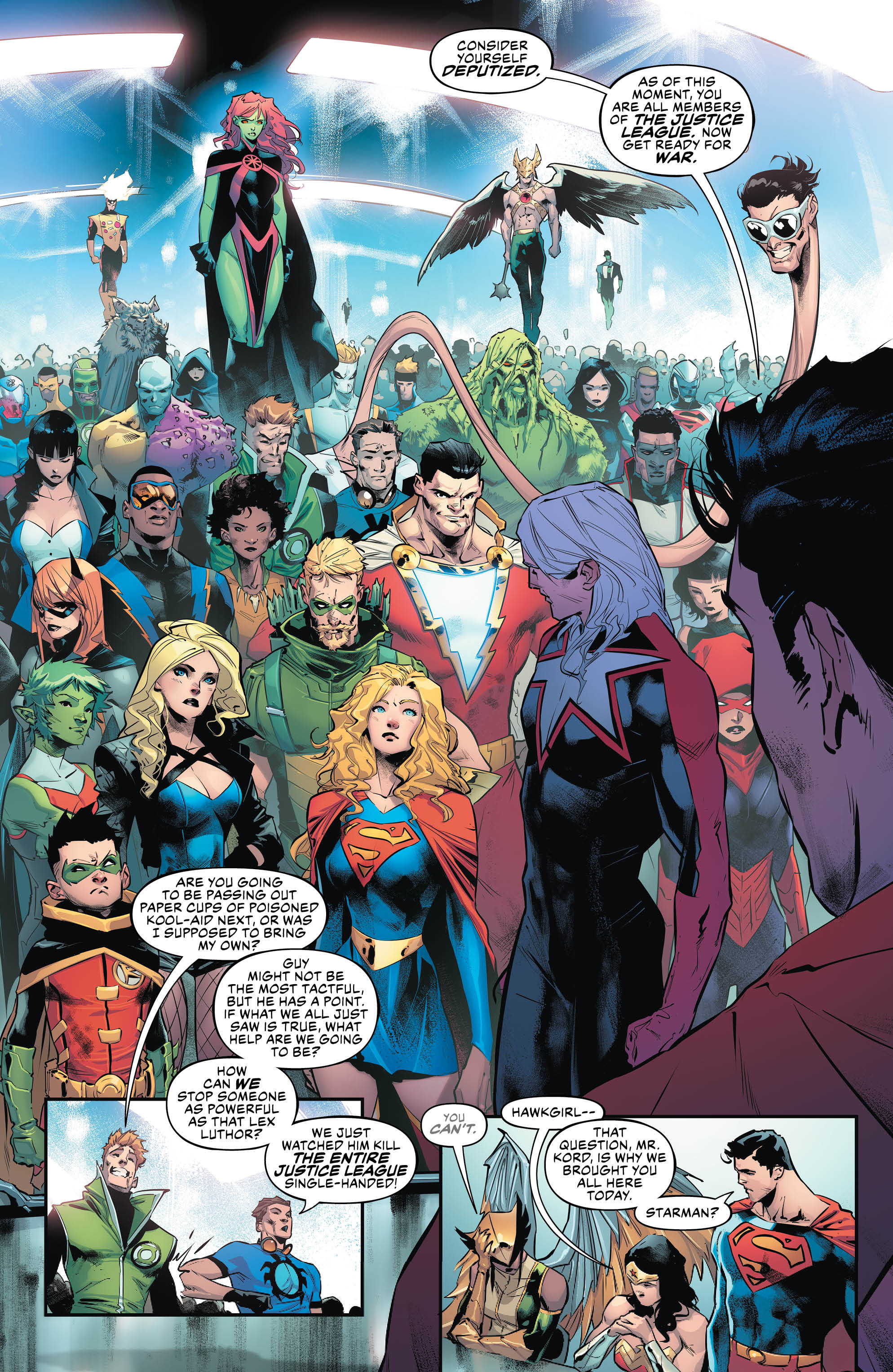 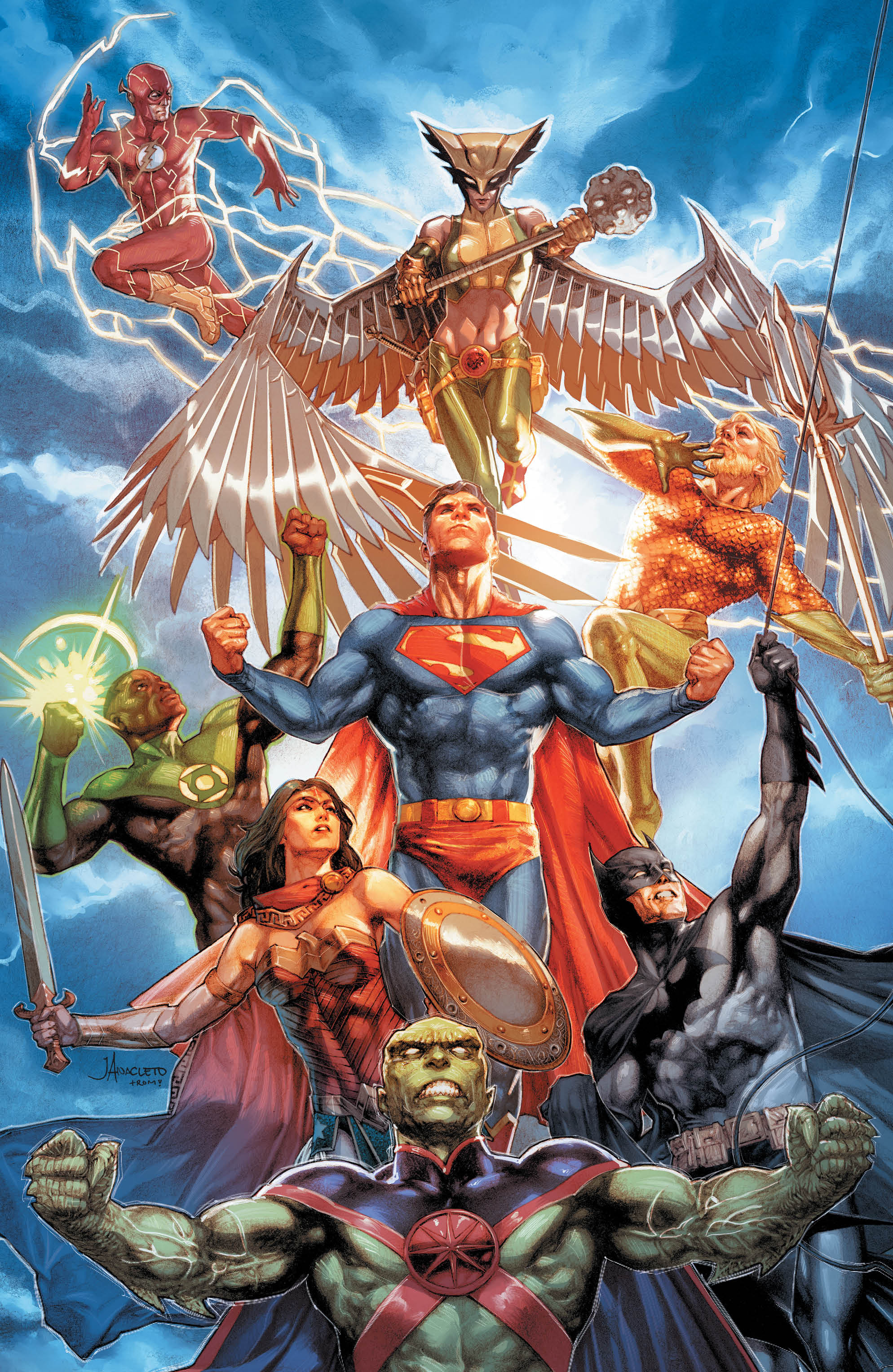 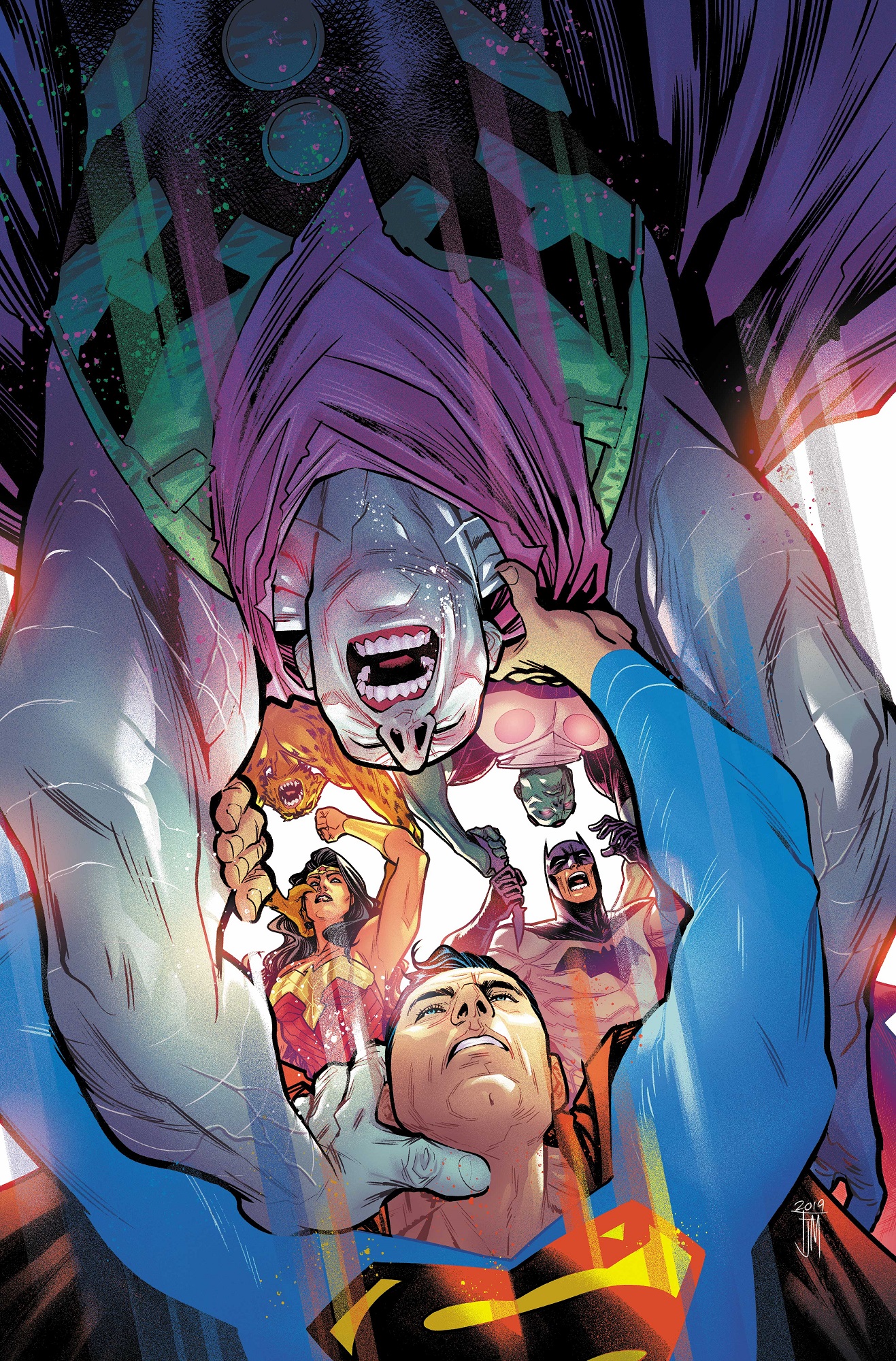 Jorge Jimenez brought his “A-Game” for this issue, as his pencils are stunning. One aspect of Jimenez’s art that’s particularly impressive is how he renders heroes and villains. His heroes are picturesque and idealized, but there are also moments where his work feels more like Jim Lee’s near photo-realism. However, when Jimenez draws villains such as Lex Luthor or Perpetua, he tends towards a more spindly stylistic approach. These artistic choices are stark by comparison. Essentially, Jimenez does a great job displaying these villains’ “otherness” in a distinct and effective manner.

Justice League #30 is a game-changer for the DCU, re-establishing certain properties in the post-Rebirth era. Snyder and Tynion’s story is wild and fun, setting the stage for what will likely become one of the greatest Justice League stories in the canon. Jimenez’s work is breathtaking – this issue contains easily the best example of his art on this title so far. It’s dynamic and powerful. Overall, this book is a phenomenal start to a massive story.

Final Verdict: Be prepared for war, because this book is FIRE.