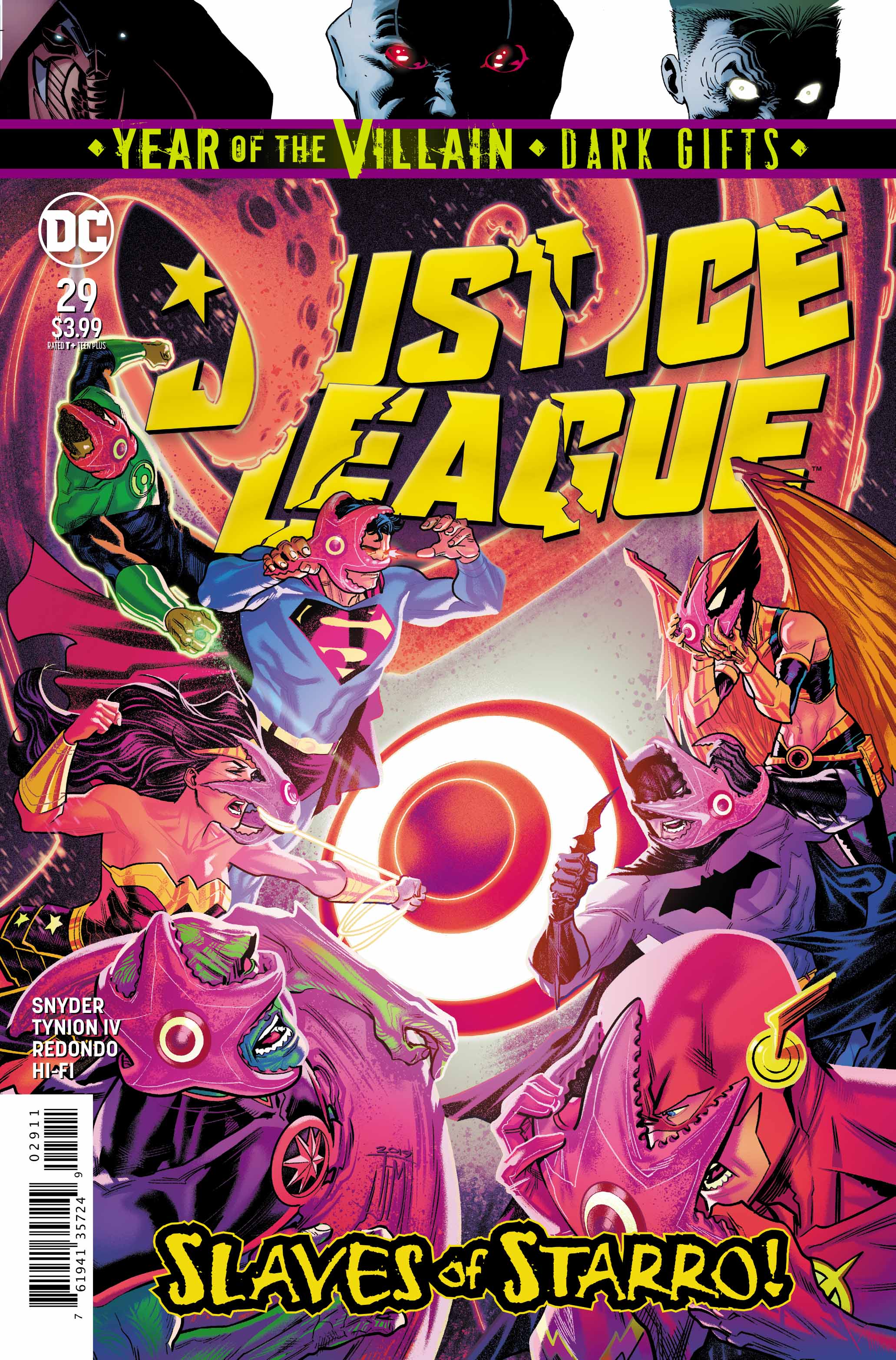 Once again Batman has a new robin, except this time it’s not a boy OR girl wonder. Rather, it’s an anthropomorphic physic starfish from space who has donned the red and yellow. That’s right folks, Jarro – the miniature version of Starro – has joined the Bat-Family, and he’s AMAZING.

Justice League #29 opens with a brief origin for Starro, who evolved on the Ø-World – a place where evolution ran backward from plurality to singularity. The issue then recaps the events of “No Justice” where Starro was defeated and became Jarro – a member of the Justice League. Finally, the issue fast-forwards to the present, where Jarro dressed as a Robin confronts the Legion of Doom in a comical “David vs Goliaths” scenario.

Justice League #29 does more than simply follow adventures of Jarro. This issue is a fantastic recap of the past 28 issues of Justice League and its tie-ins. Both Snyder and Tynion share writing duties this issue and, while their script is lengthy, they do a fantastic job recapping the highlights of their run. Justice League #29 is a perfect primer for people to jump in if they haven’t been reading Justice League. It also does a great job setting up the upcoming “War of Justice and Doom”, which will begin next issue. 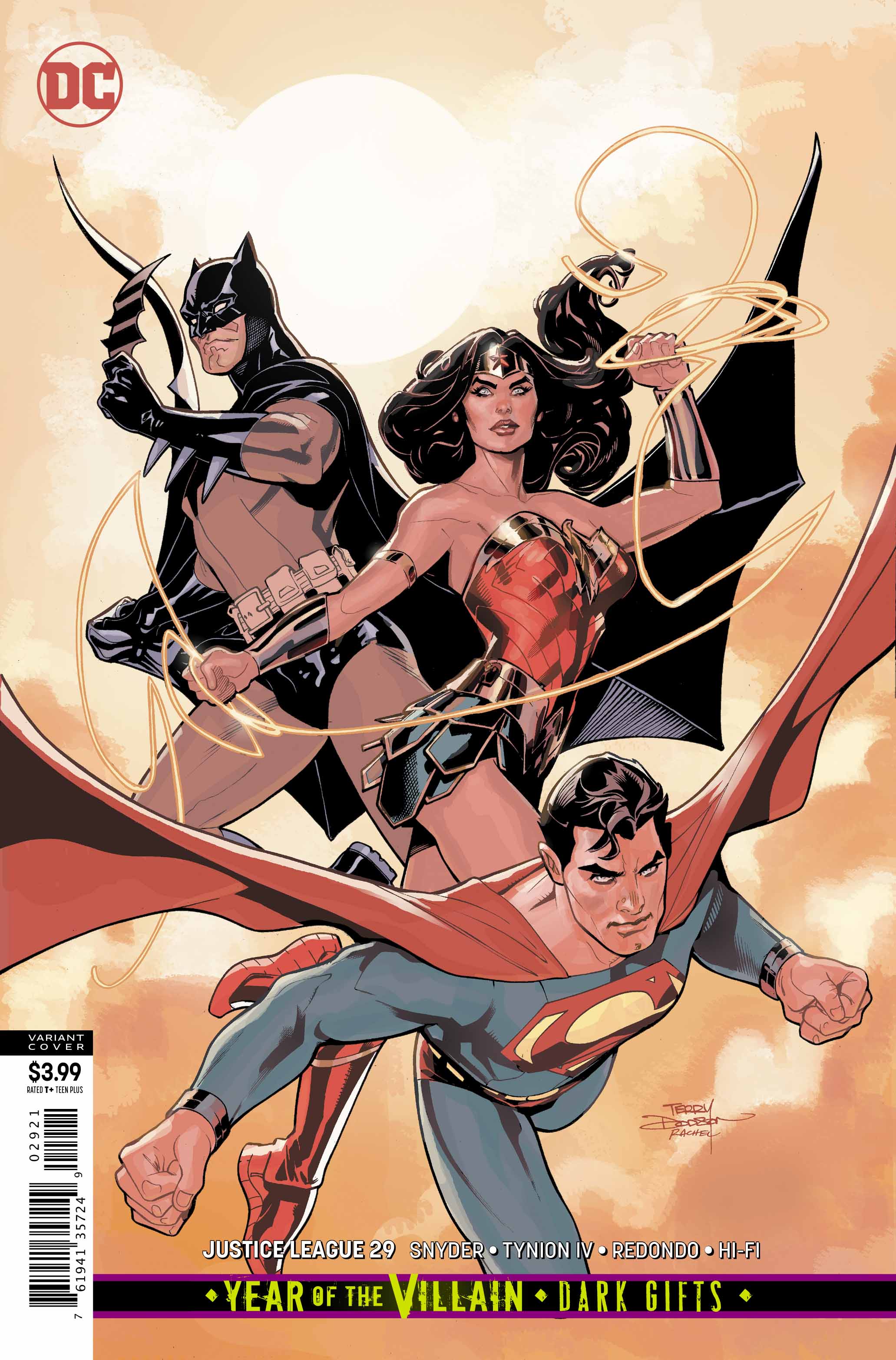 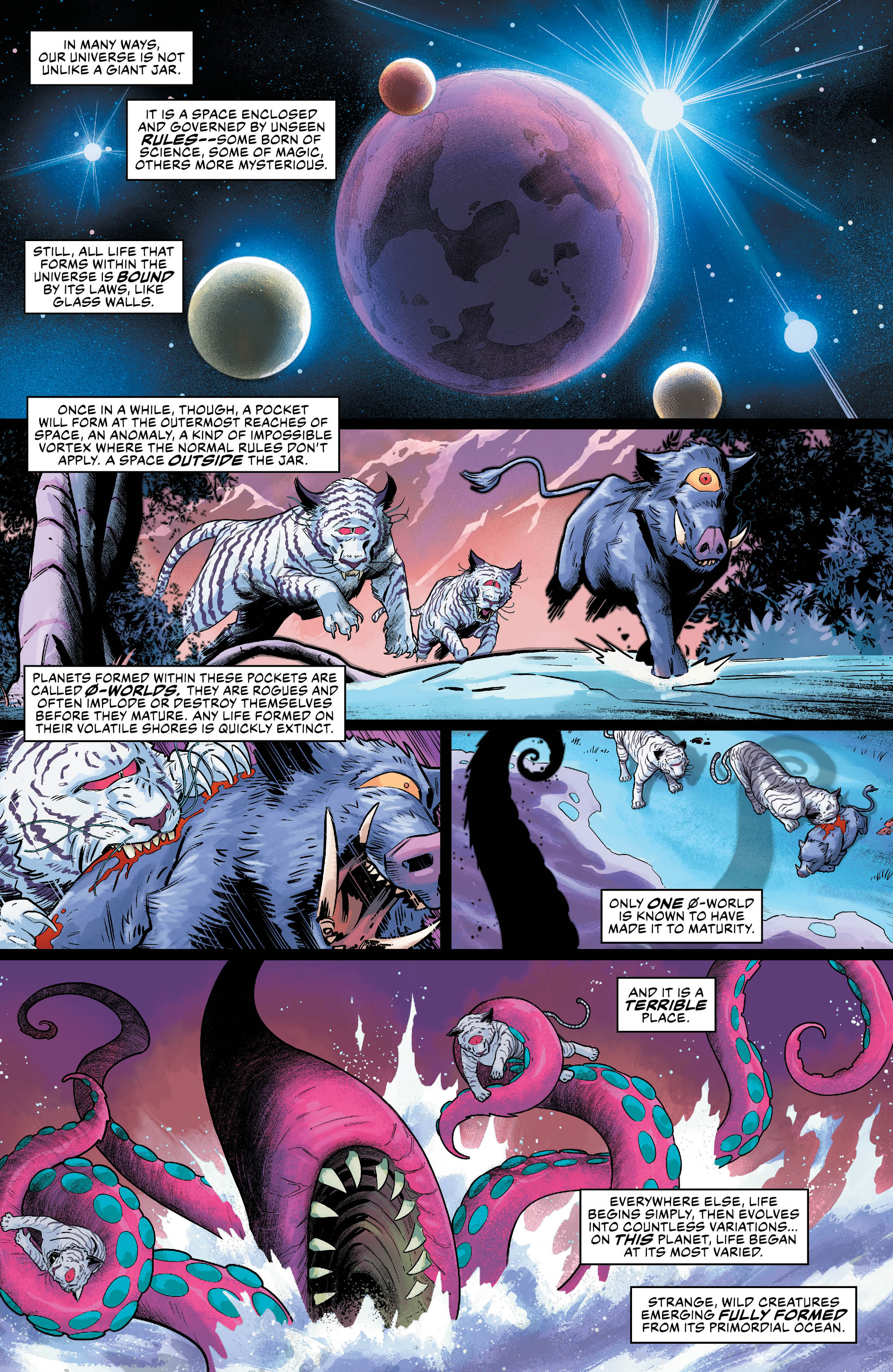 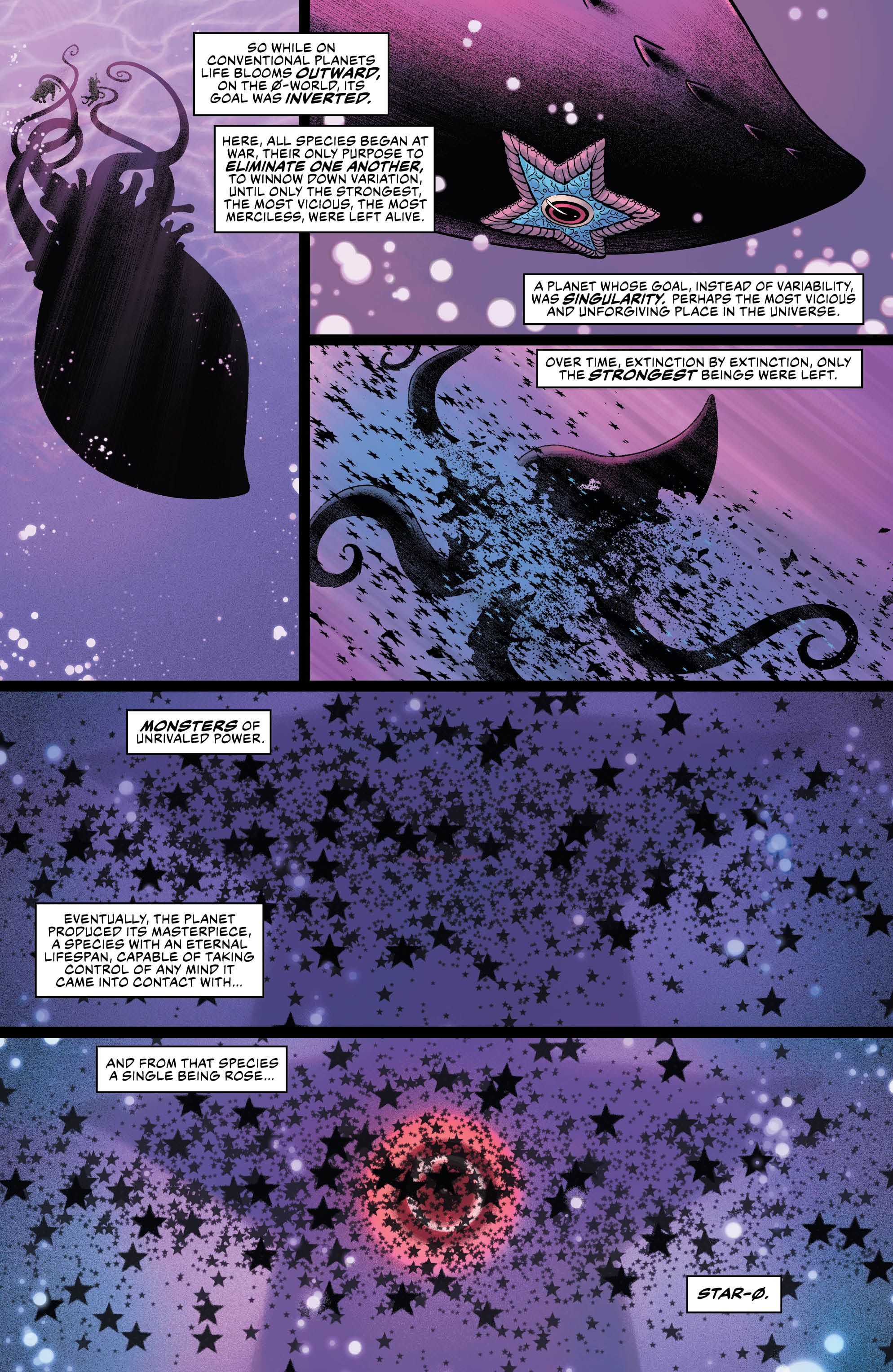 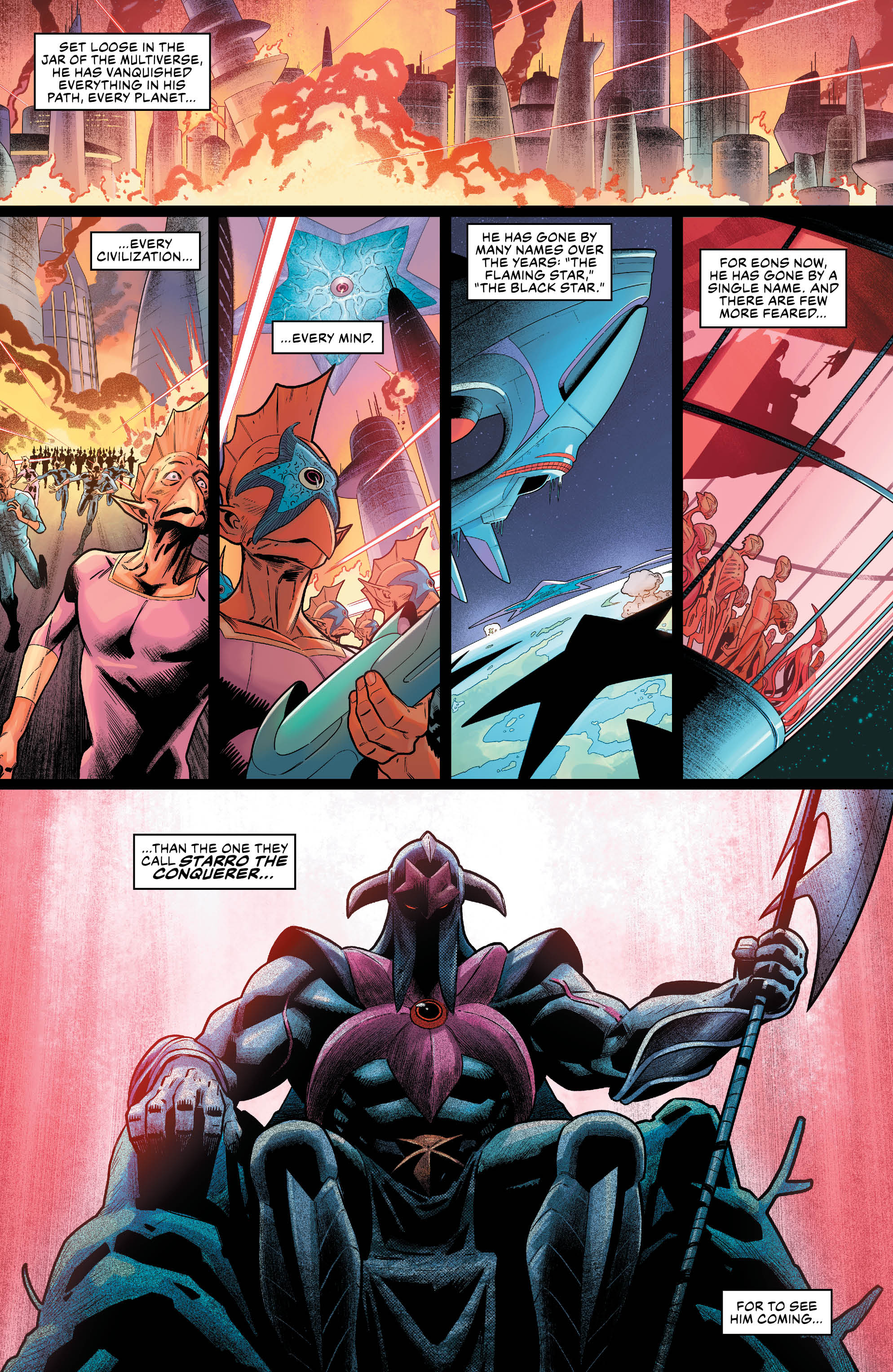 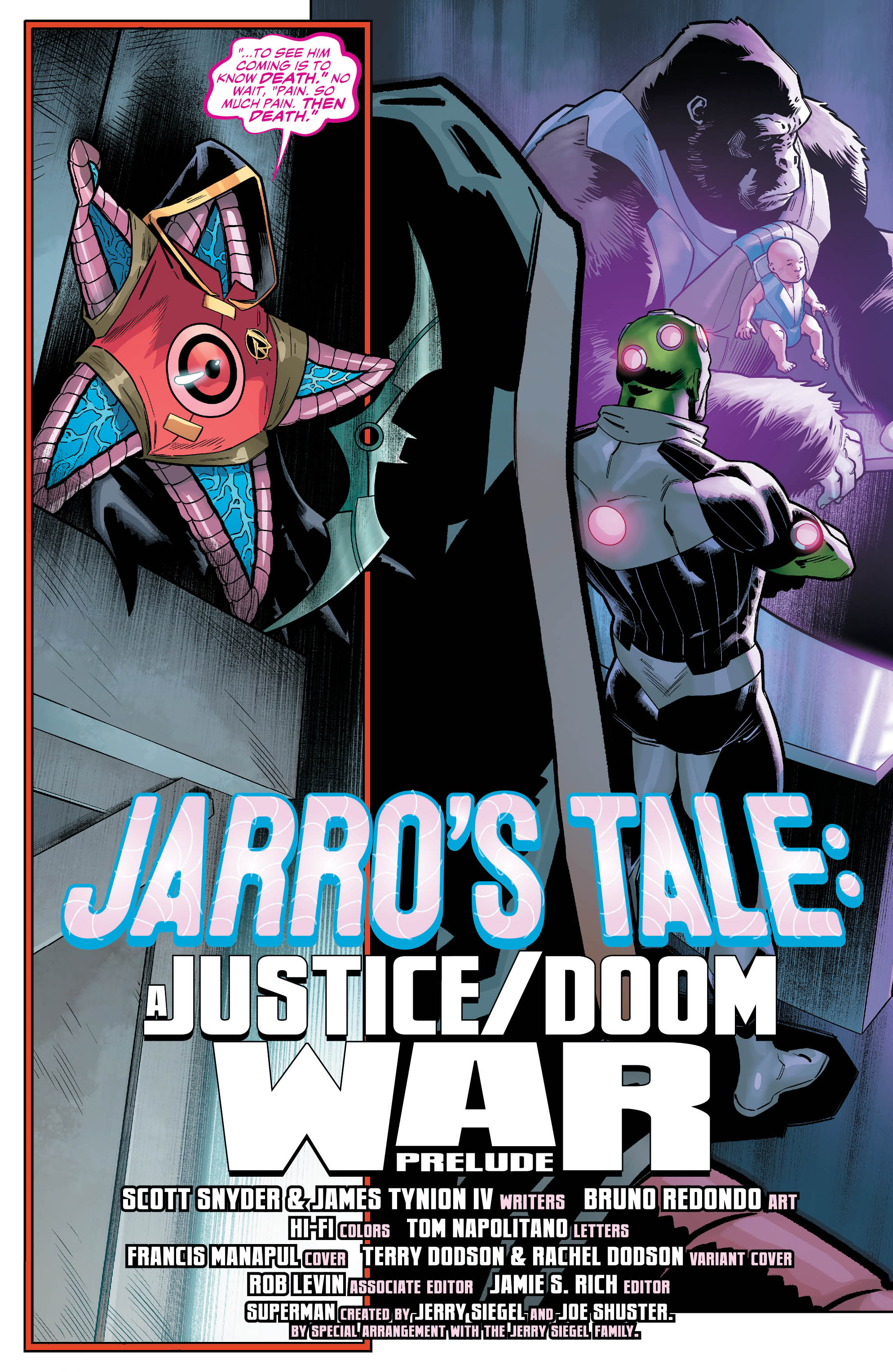 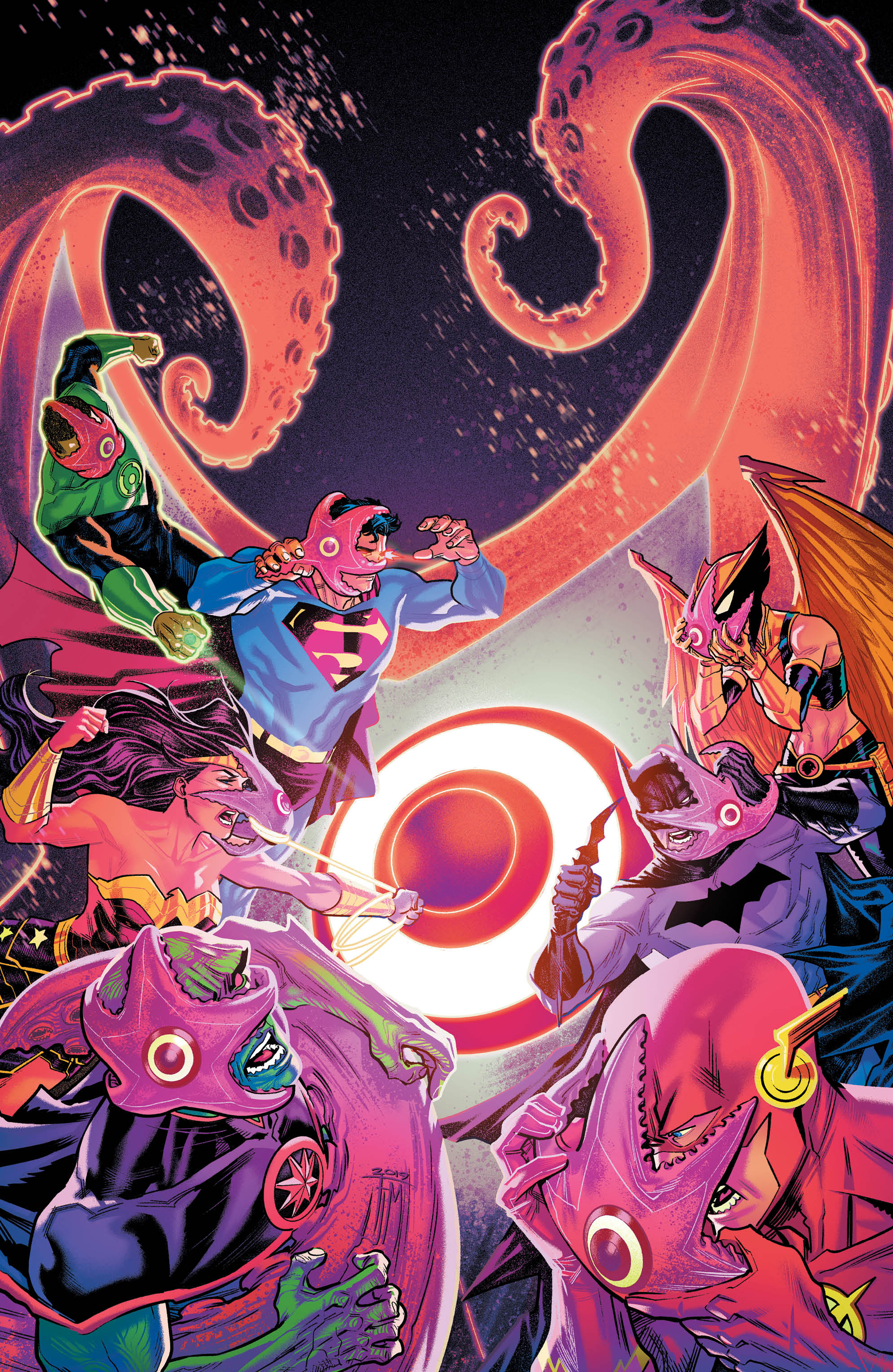 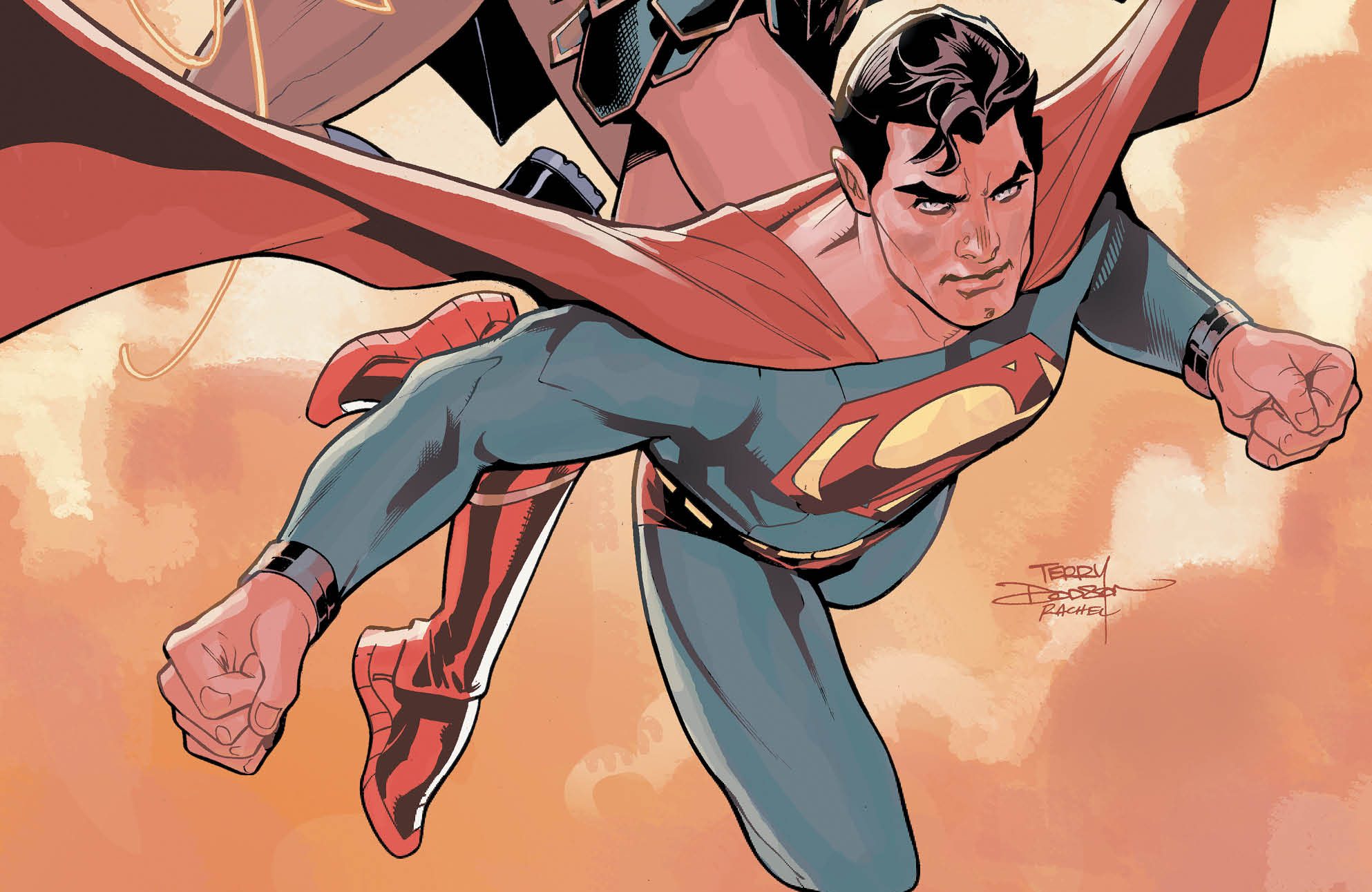 Bruno Redondo is credited for both pencils and ink for Justice League #29, and his work is very good. Redondo, whose main claim to fame is his work on the Injustice titles, is relatively new to DC. He worked on an issue of “Drowned Earth” and “Apex Predator” – both of which he accompanied another artist on. However, Redondo is flying solo this issue, and he doesn’t disappoint. While he draws some amazing Jarro fight sequences, there’s also a great two-page spread that identifies and recaps the seven dark forces of the multiverse. Essentially, Redondo does a great job adding energy to a script heavy issue.

Amidst the high concepts, Justice League #29 is a lot of fun. Snyder and Tynion have created a modern-day classic character in Jarro. After this A+ performance, Redondo will undoubtedly receive more work at DC. Ultimately, Justice League #29 is an ambitious issue that delivers, pushing the narrative forward while recapping previous plot points. If you want to jump into Justice League, this is a great place to start.

Final verdict: Jarro is my new favorite Leaguer. Buy the damn book, and he’ll be yours too.

‘Batman: Hush’ Released On 4K Blu-Ray And Gets A Graphic Novel Trailer