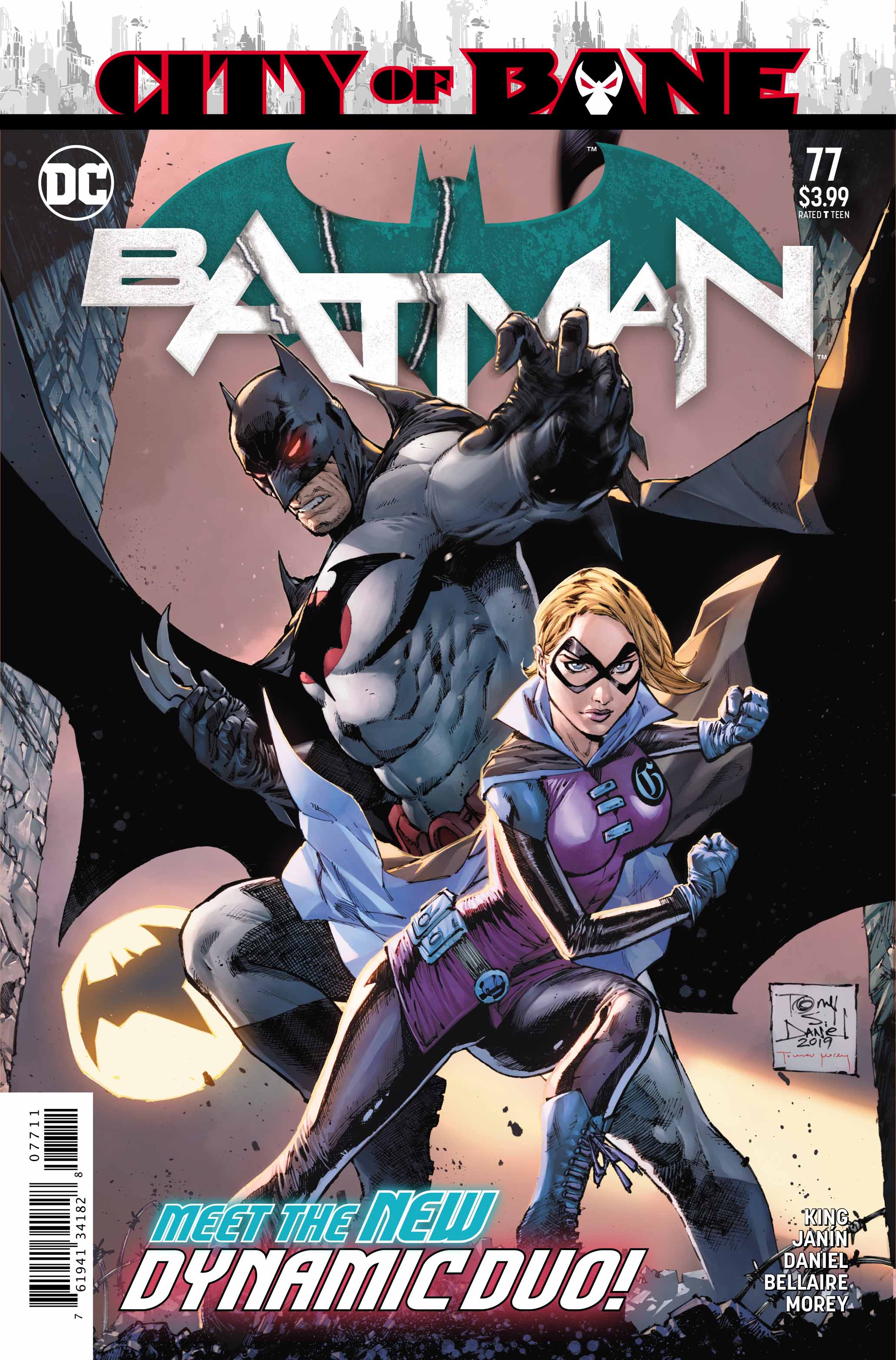 In my opinion Batman #77 is a shocking, turning point comic that occasionally gets hampered by writer Tom King’s storytelling tics and narrative choices.

The primary focus of the issue is Damian Wayne’s attempt to break into the Bane-controlled Gotham City. This is the first time “City of Bane” has had some sense of forward momentum. King’s pacing for this story arc is very slow so far. The previous two issues mostly set up the new status quo. Here, readers finally get to see a Bat-family member actually trying to respond to the crisis.

The focus on Damian is a mostly fun adventure. He is clever, sneaky, and not afraid to cheat. This makes for a sense of wild fun until it gets serious. When his storyline takes a darker turn, the stakes are immediately raised. The turning point is completely shocking and ratchets up the tension. 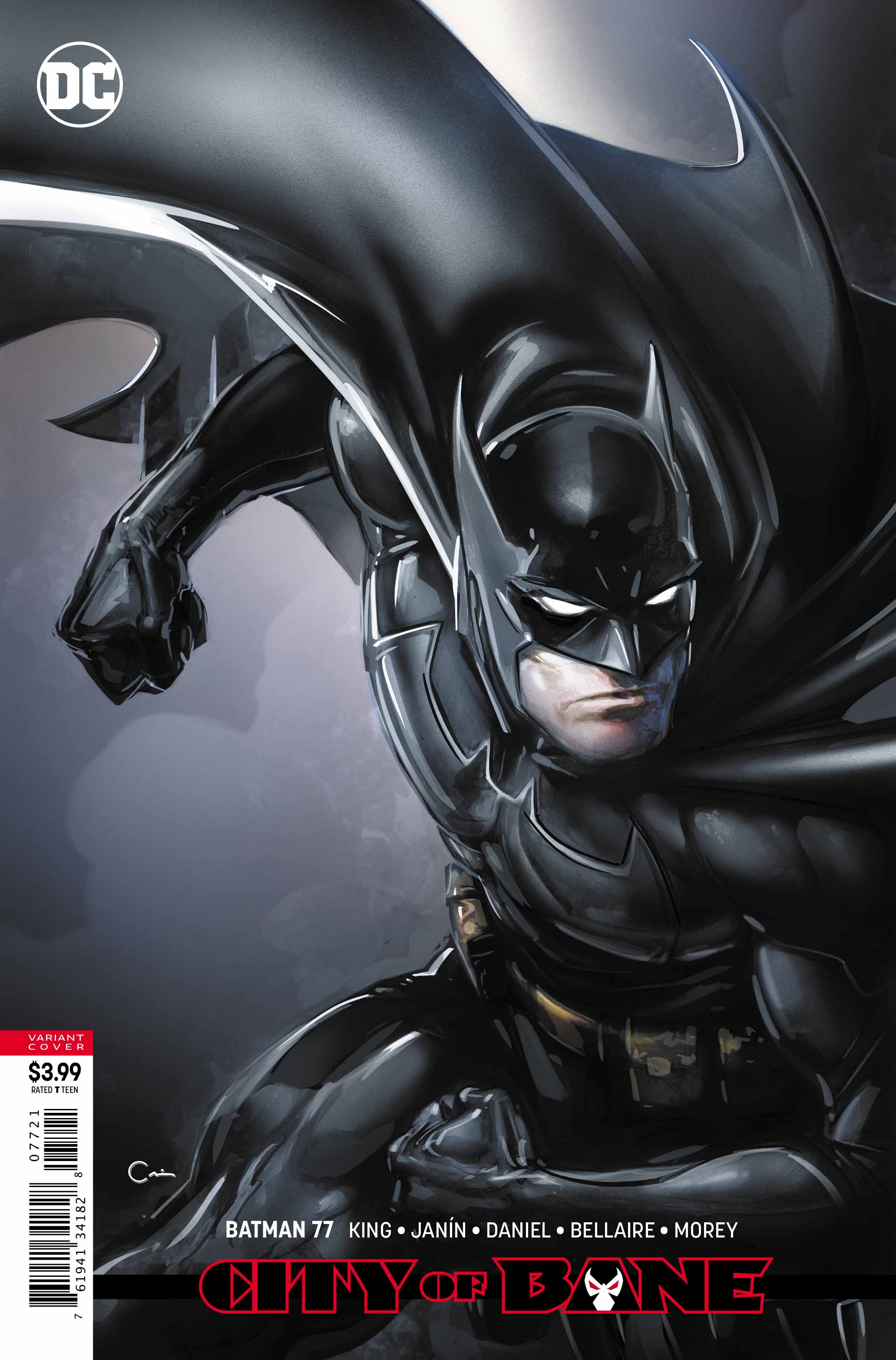 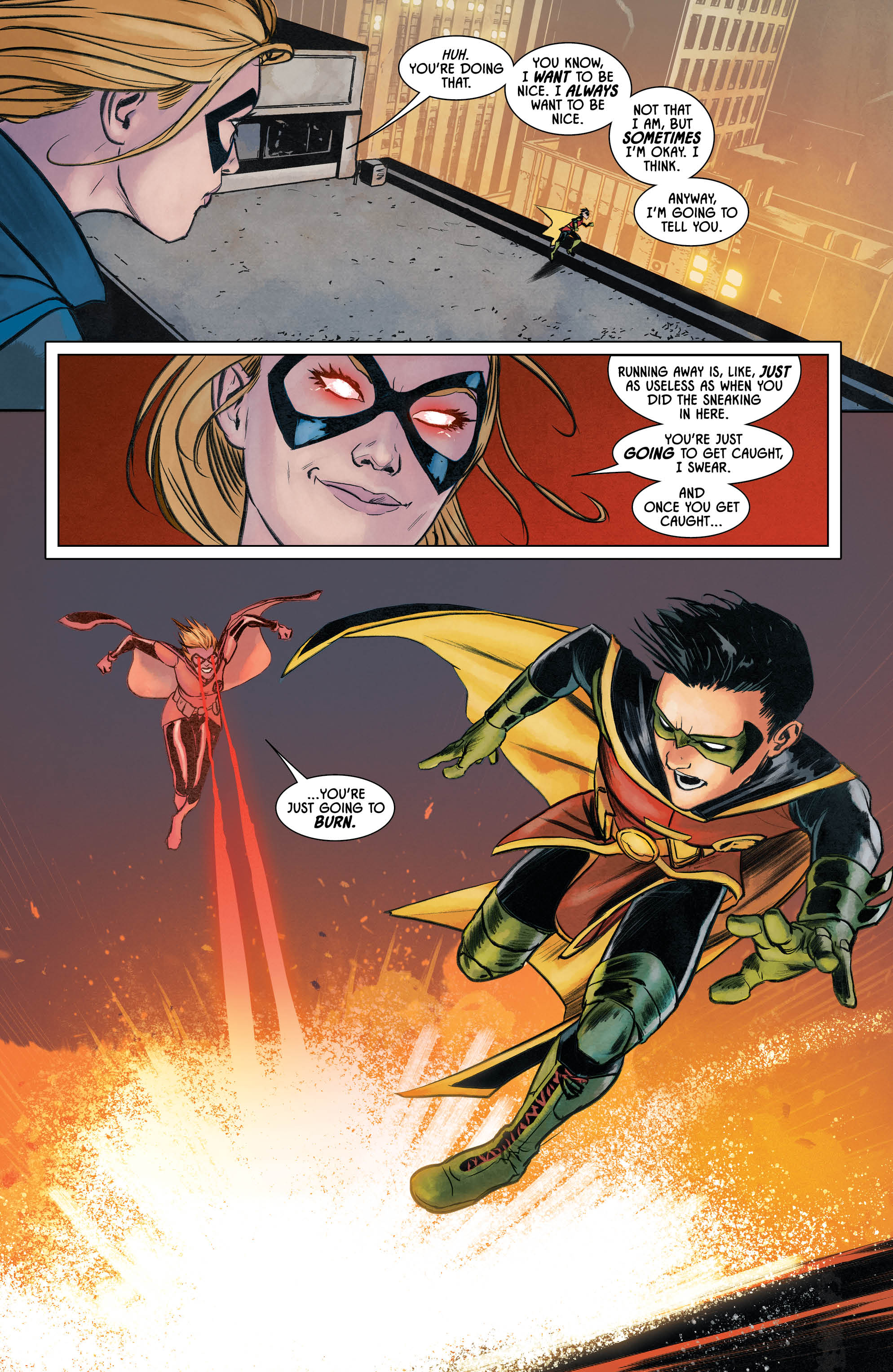 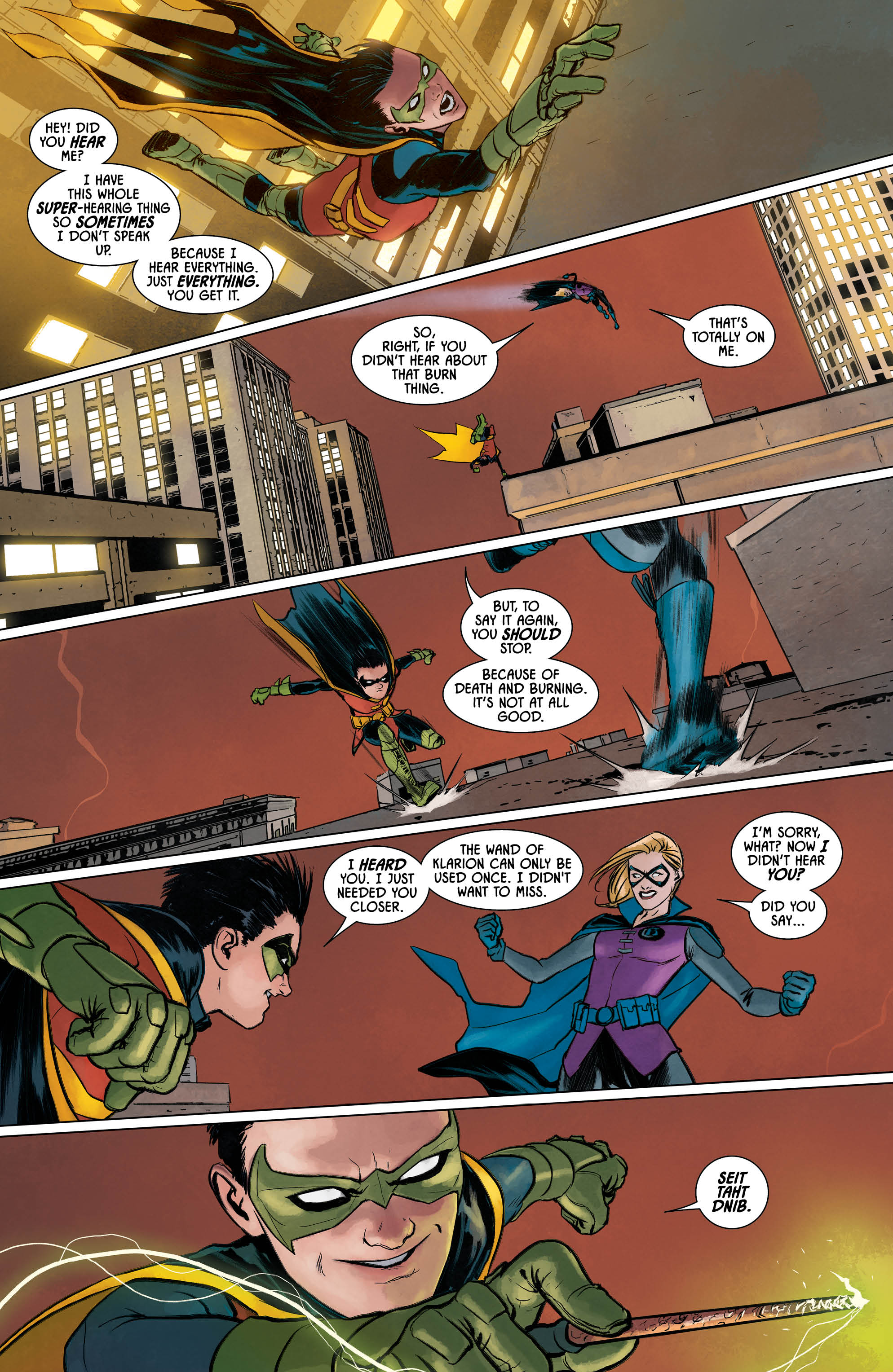 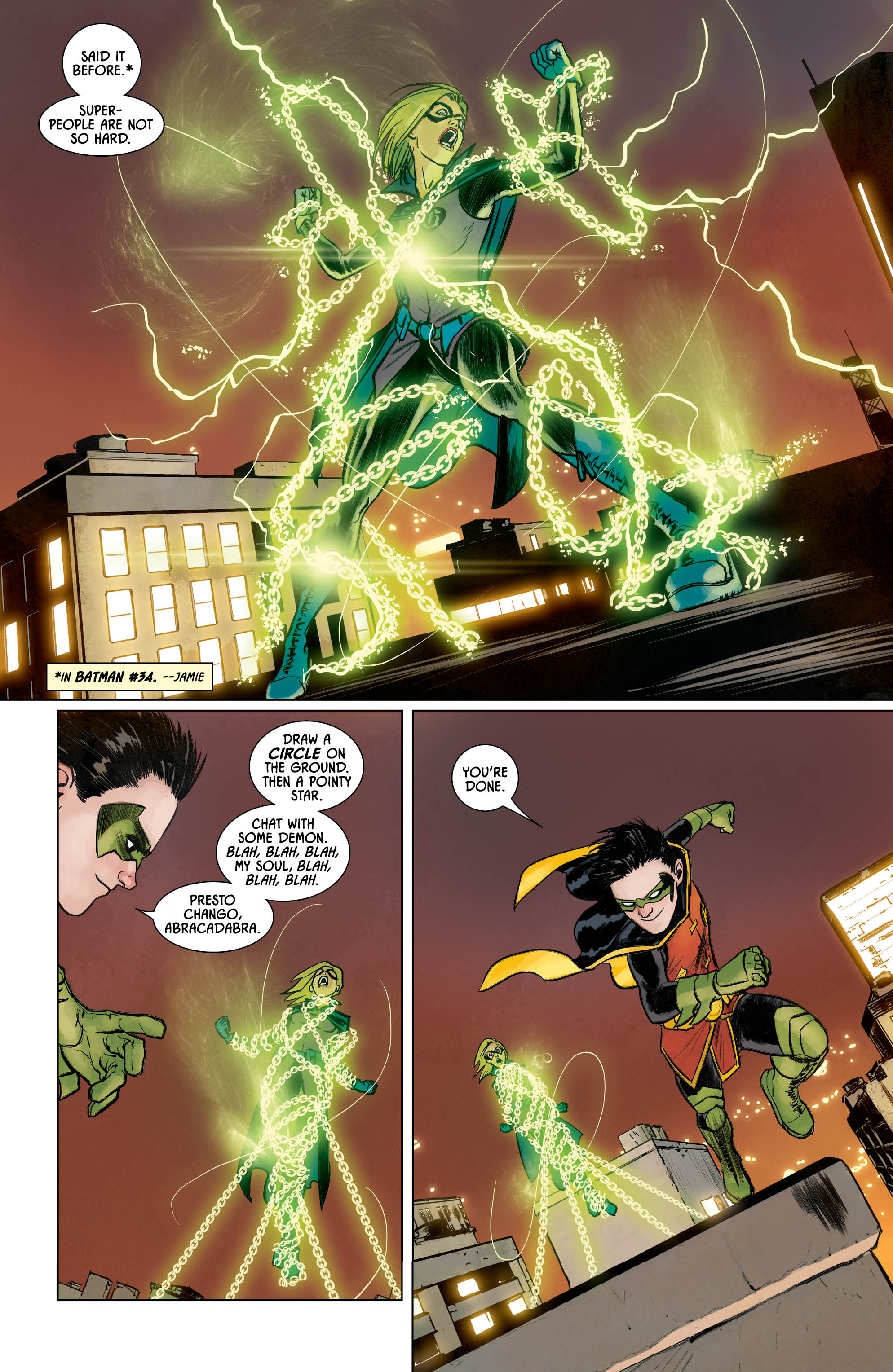 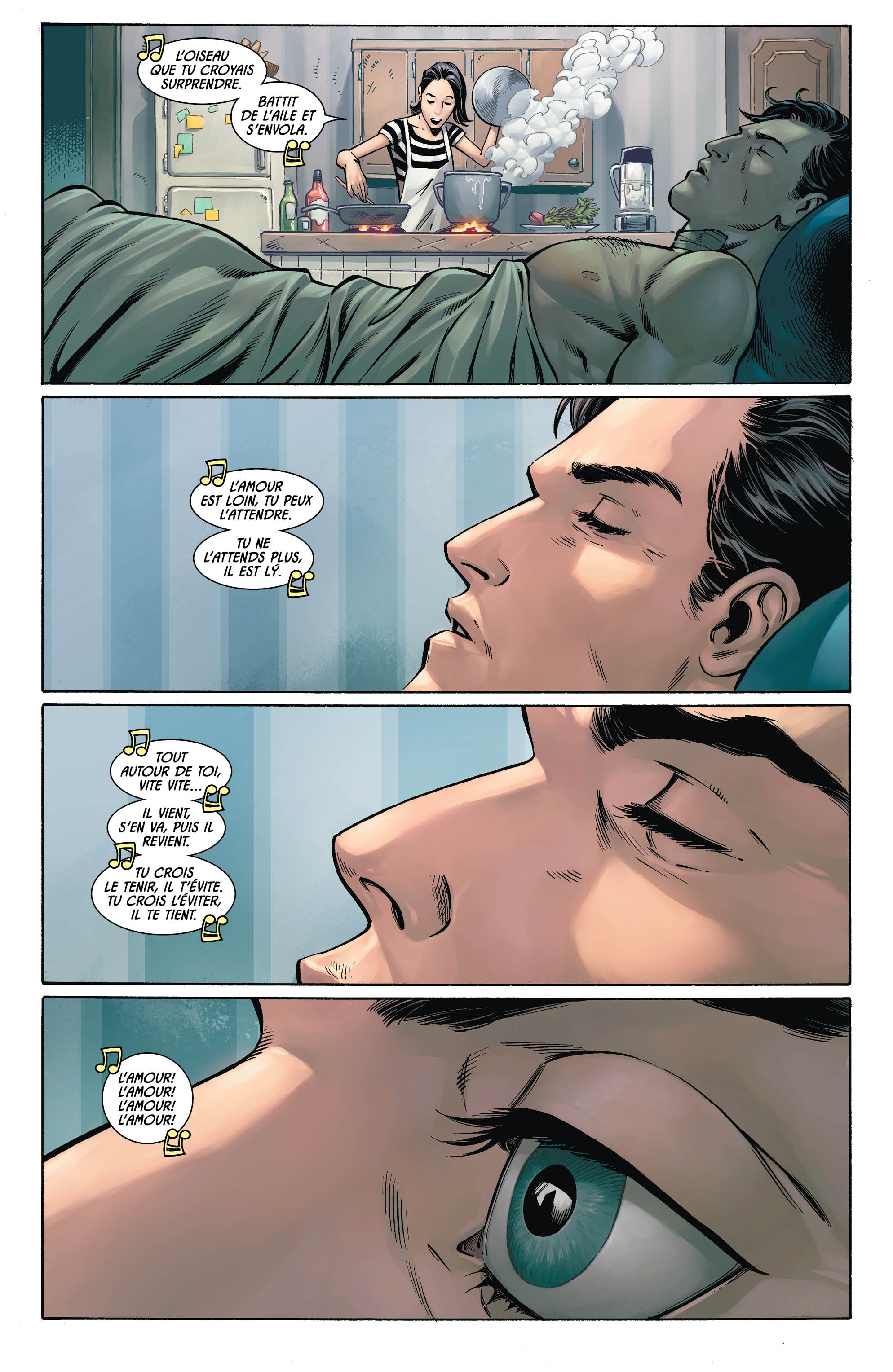 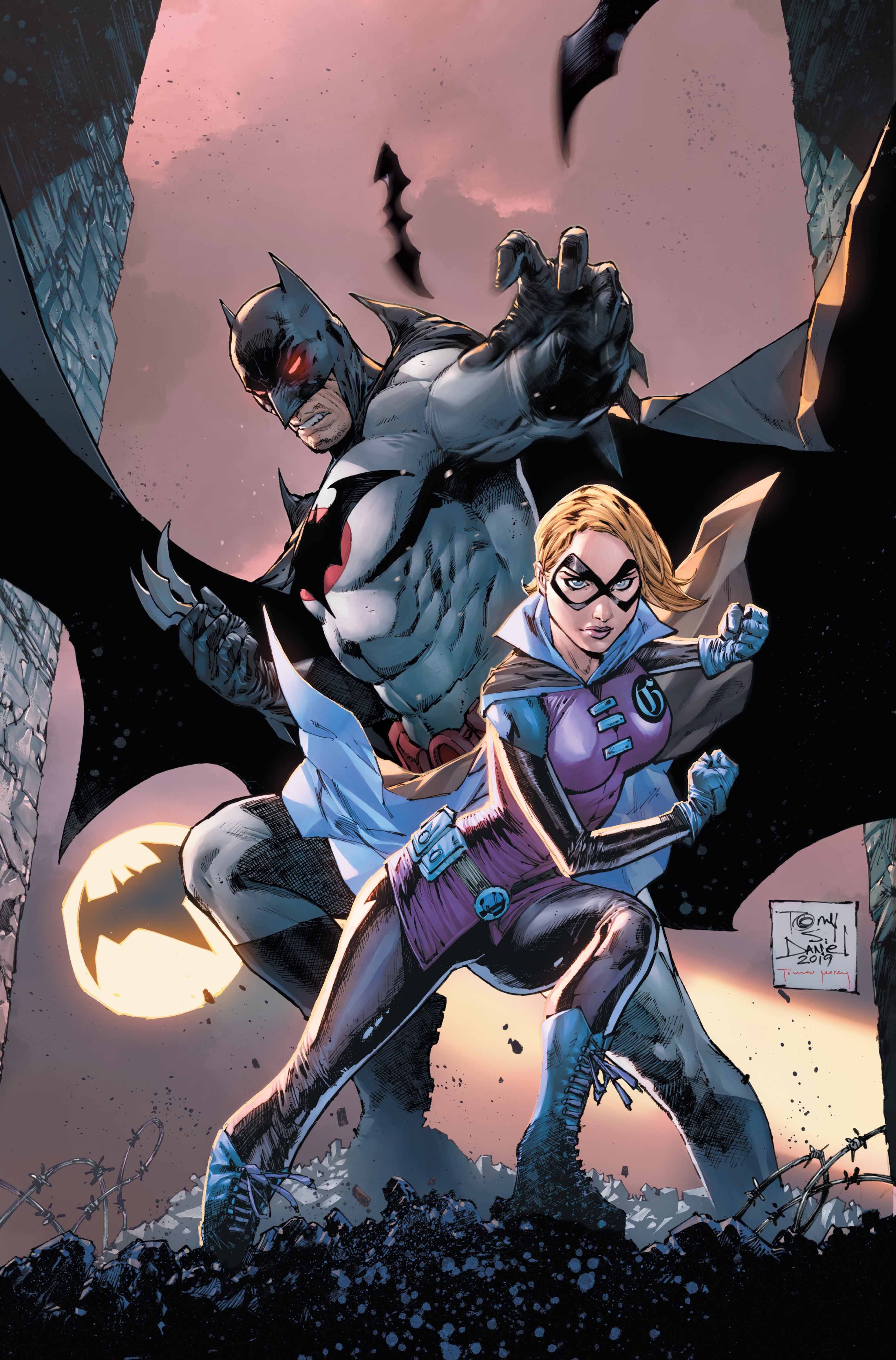 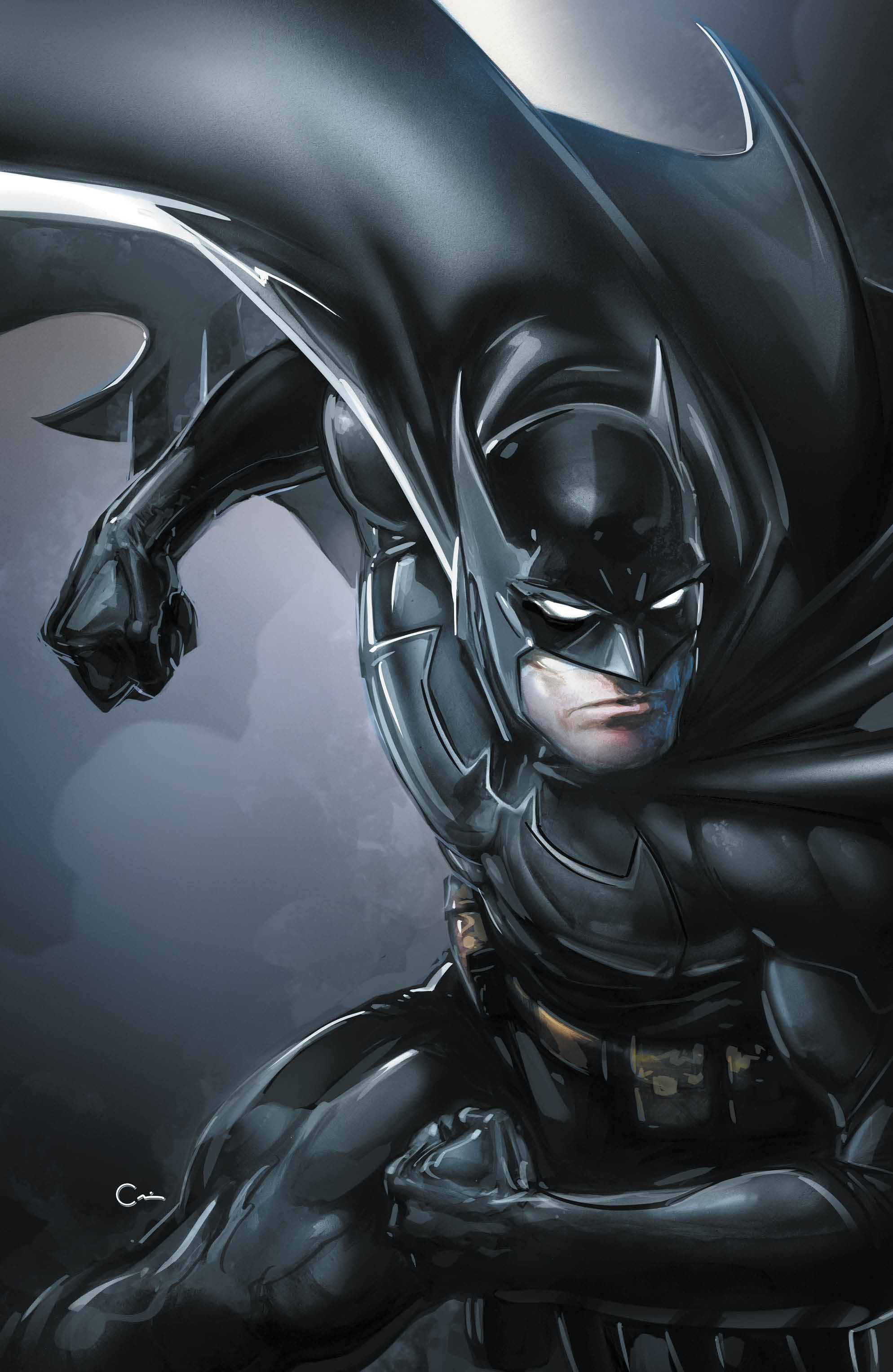 Unfortunately, the B-plot with Catwoman and Bruce Wayne is the total opposite and I found that whole storyline boring, because readers know what Bruce is going to do. King doesn’t dramatize the emotion or hardship of his decision. It’s sort of skipped over it and rushes to the conclusion. Unfortunately, in doing so, it sucks out any narrative power that makes the scenes interesting. It also does not help that Bruce and Selina’s dialogue is very minimal. Readers are left with a collection of disjointed events.

Another weird thing about “City of Bane” so far is how little Bane there is. In the past three issues the villain has appeared in-person in only two splash pages. In Batman #77, he’s barely a presence at all. The issue’s main threat is Flashpoint Batman and Bane just sort of shows up when the plot calls for him. While, that’s fine to do that with ancillary characters, Bane’s name is in the title. This implies that readers would see a lot of him. Also, it’s are still unclear what Bane’s end goal is. At this point in the storyline, we need more answers.

This issue features two artists: Mikel Janín and Tony Daniel. Their art duties are appropriately assigned to the two different plots. Janín handles Damian’s story, while Daniel take on Bruce and Selina’s plot. This is a great choice, because Janín is a stronger character artist than Daniel. The pivotal scene with Damian shows so much personality. It is a great example of how to tell a story purely through a character’s facial expressions and body language. Daniel’s art looks pretty good with Bruce and Selina as well, though not as polished as Janín’s.

Batman #77’s main storyline is a welcome breath of fresh air to “City of Bane”s slow plotting. However, the issue’s enjoyment is dragged down by a laborious secondary plot.