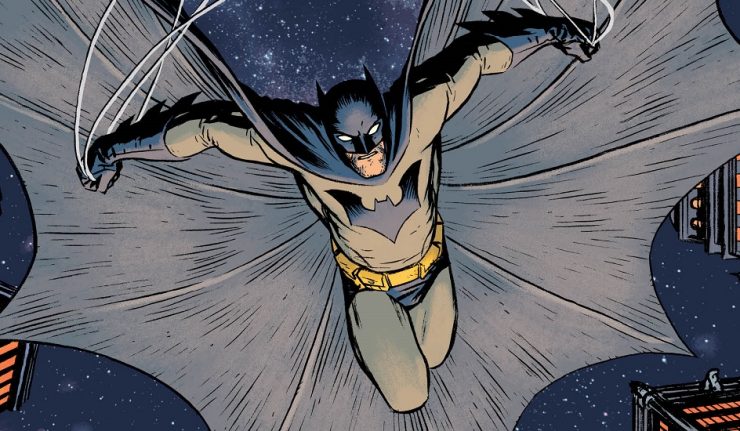 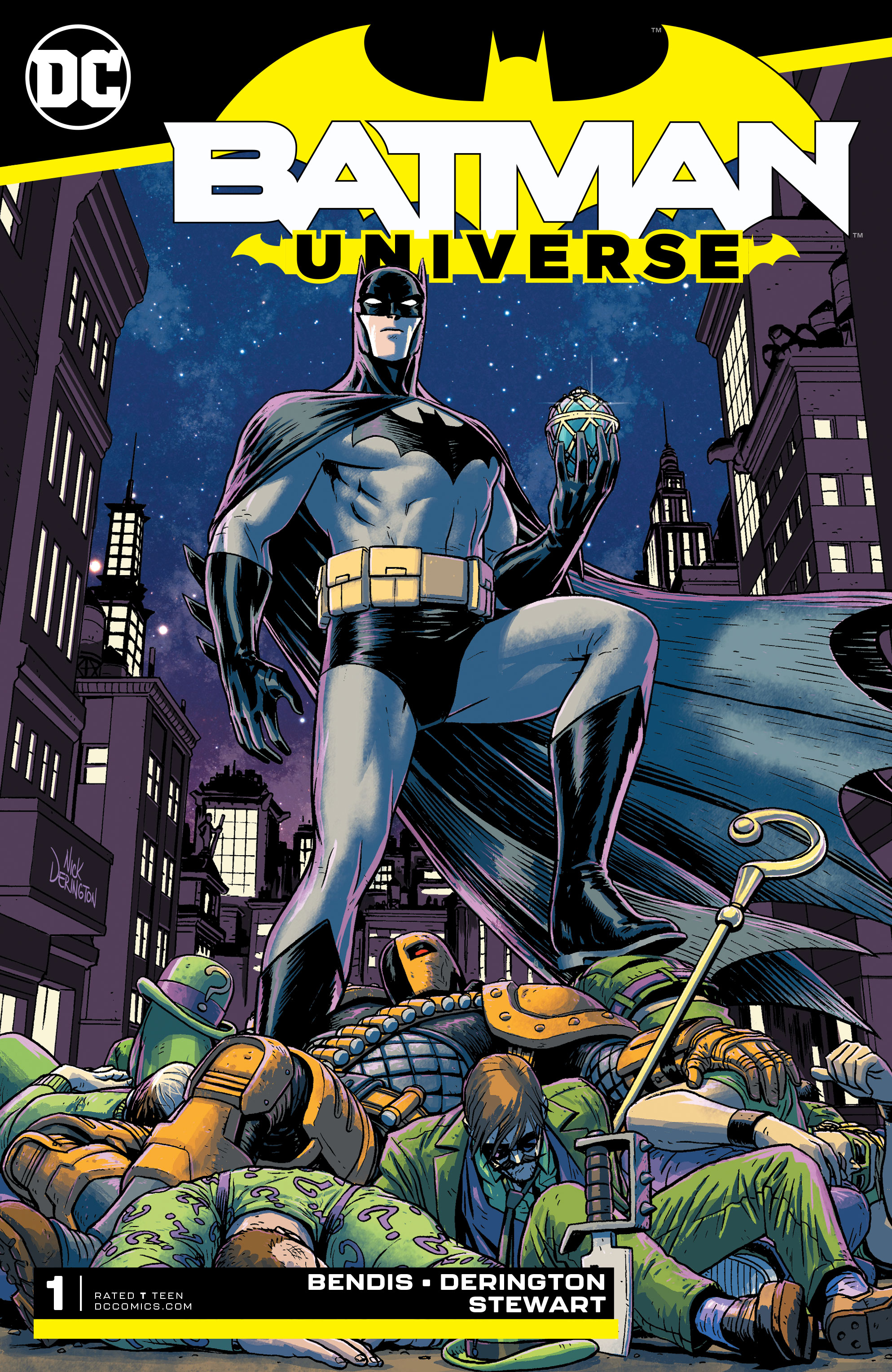 Batman Universe #1 is a dream come true for comics collectors who may have missed the Walmart 100 page giants. The story starts with Riddler roping in a flock of fakes to rob a priceless Faberge Egg, donated by legendary DC cowboy Jonah Hex. This leads everyone’s favorite Dark Knight on a merry chase.

This comic is just so much fun, it had me grinning from ear to ear. The character interactions between Batman and Alfred, the conversation between our hero and the lady at her window, the stunt battle… hilarious. The issue was true to character, funny, action-packed and thought provoking too. Writer Brian Bendis has really delivered a terrifically entertaining story. Yes, it’s a little whacky, but the jokes are tied to some great action, and there are a ton of amazing guest stars.

Nick Derington’s awesome, and his Twitter feed is one of my absolute favorites. He frequently posts sketches, scribbles and some really gorgeous art, much of it Batman related. I’ve been screaming into the sky for years, “Why, oh why is this guy not drawing a Batman book?!?” When DC and Walmart released their third Batman 100 page Giant, my prayers were answered. Those issues were nigh on impossible to get hold of in the U.K. – where I reside – so this mini-series is manna from heaven. 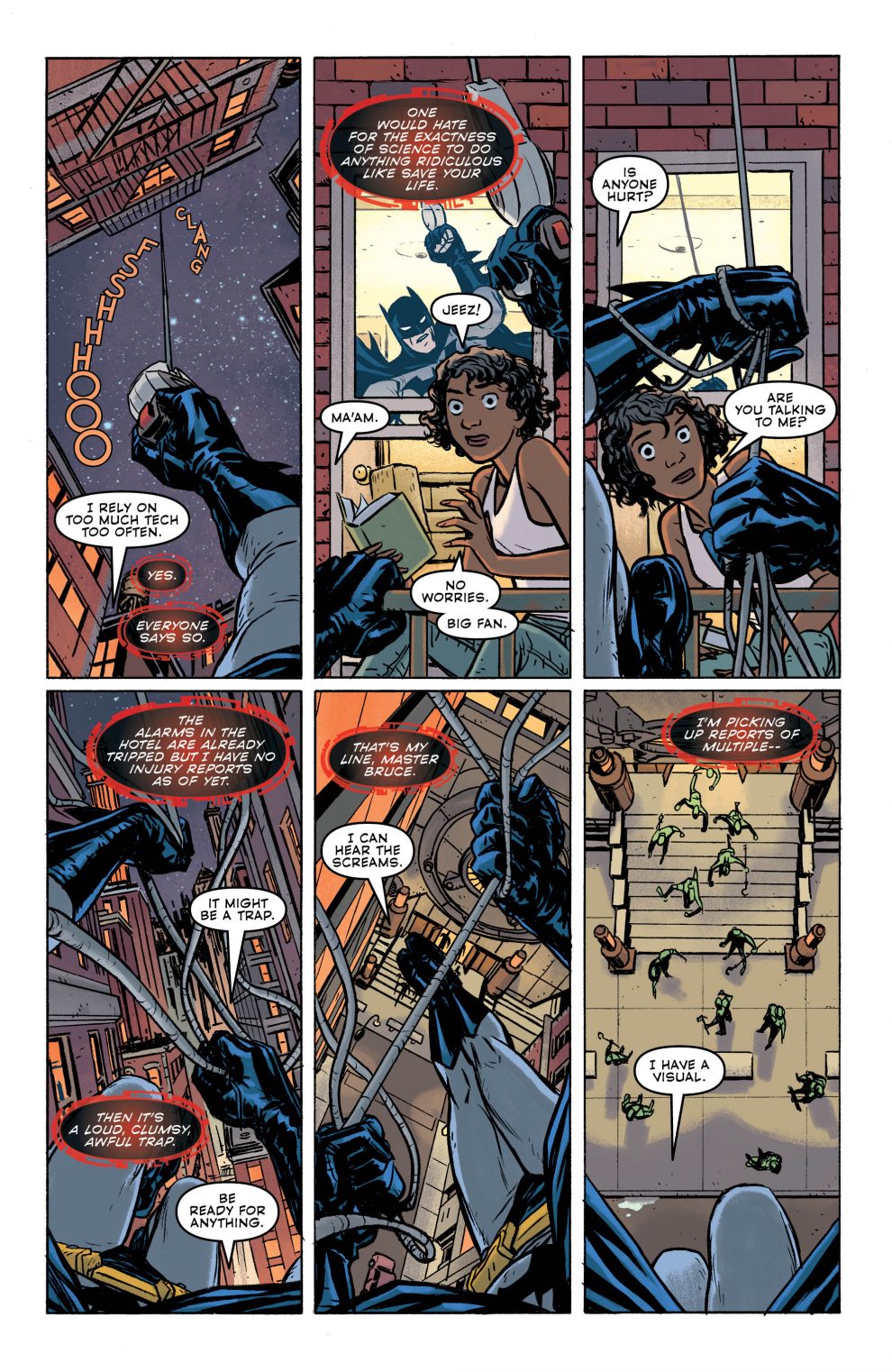 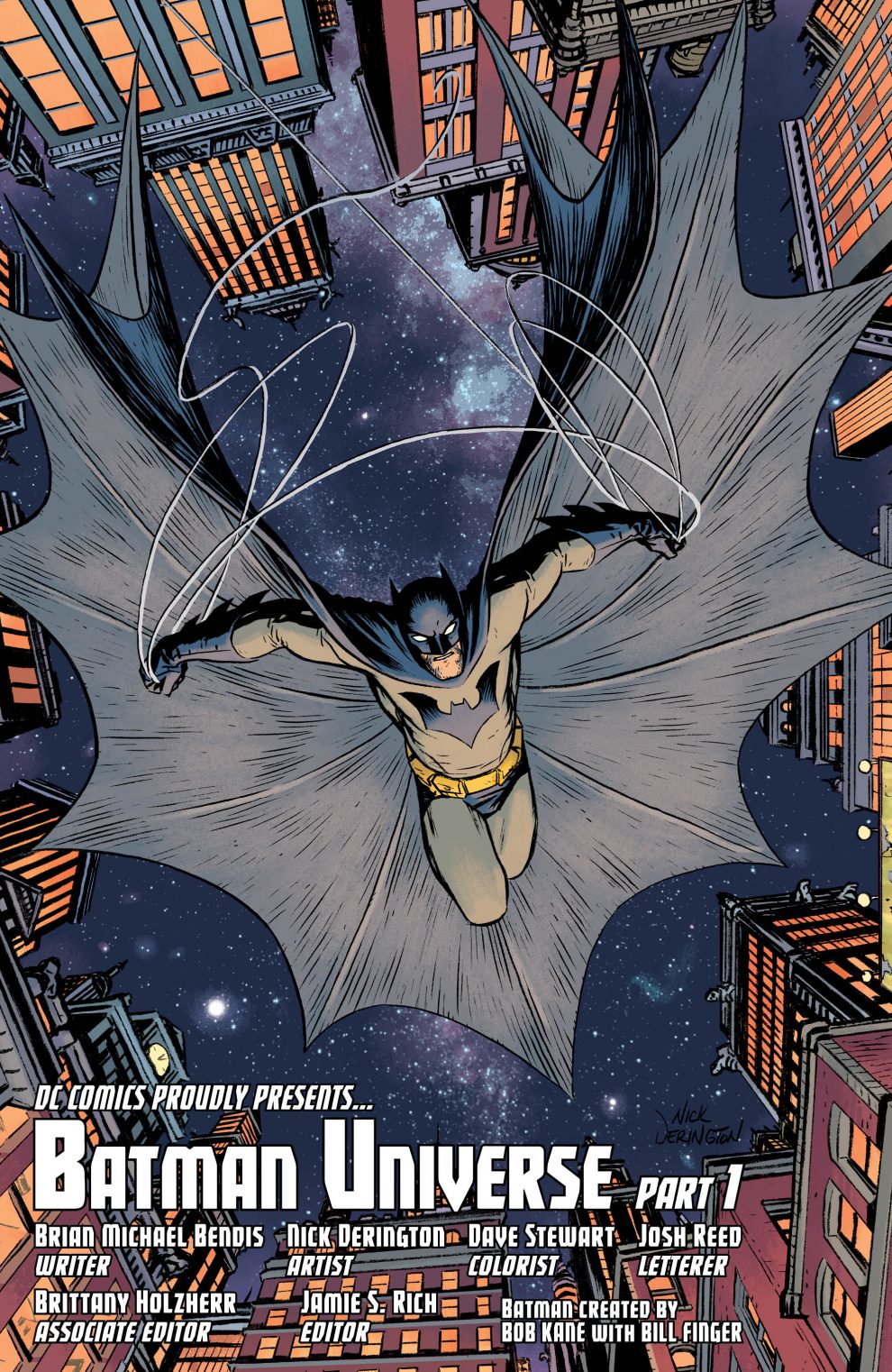 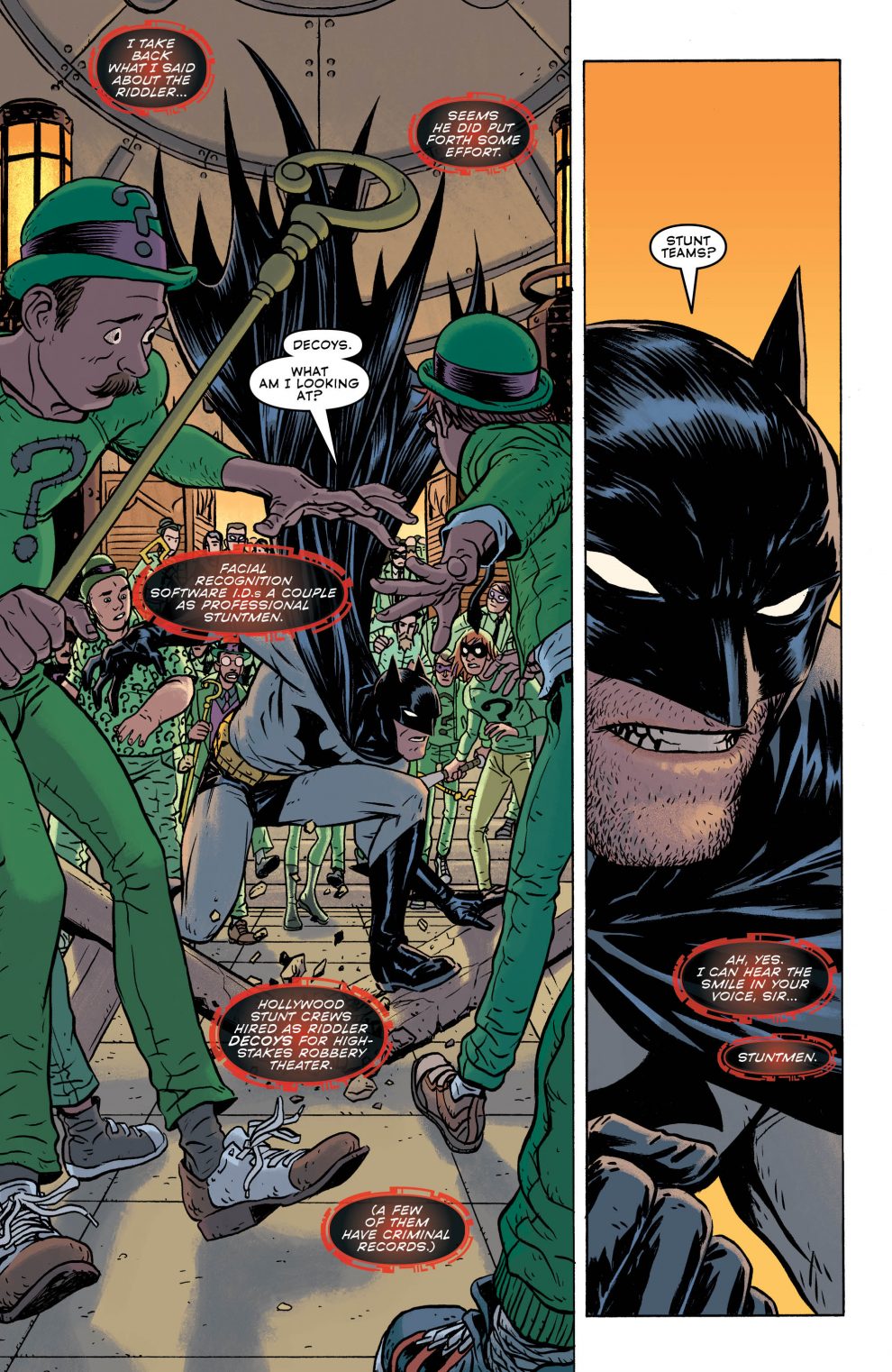 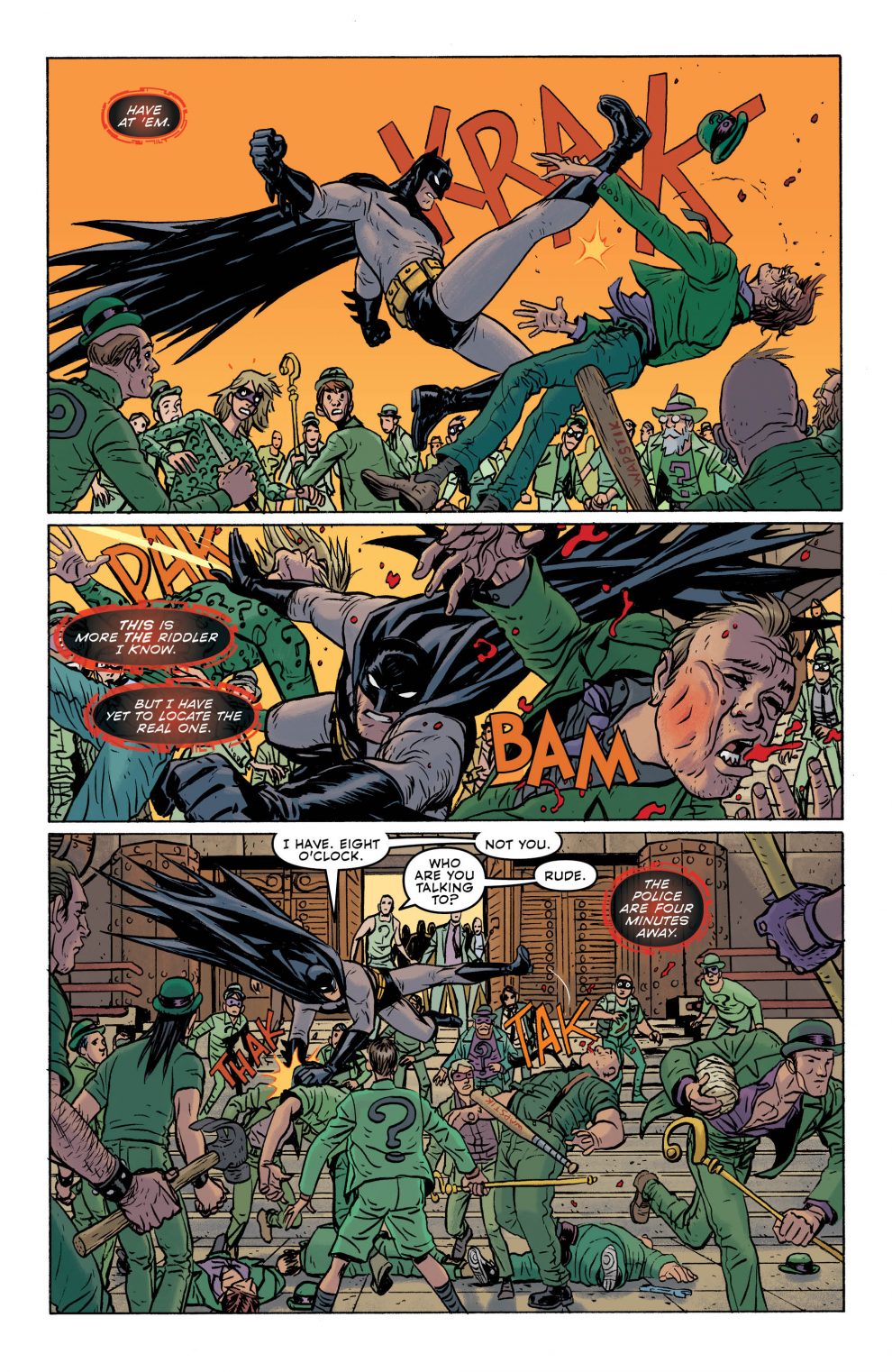 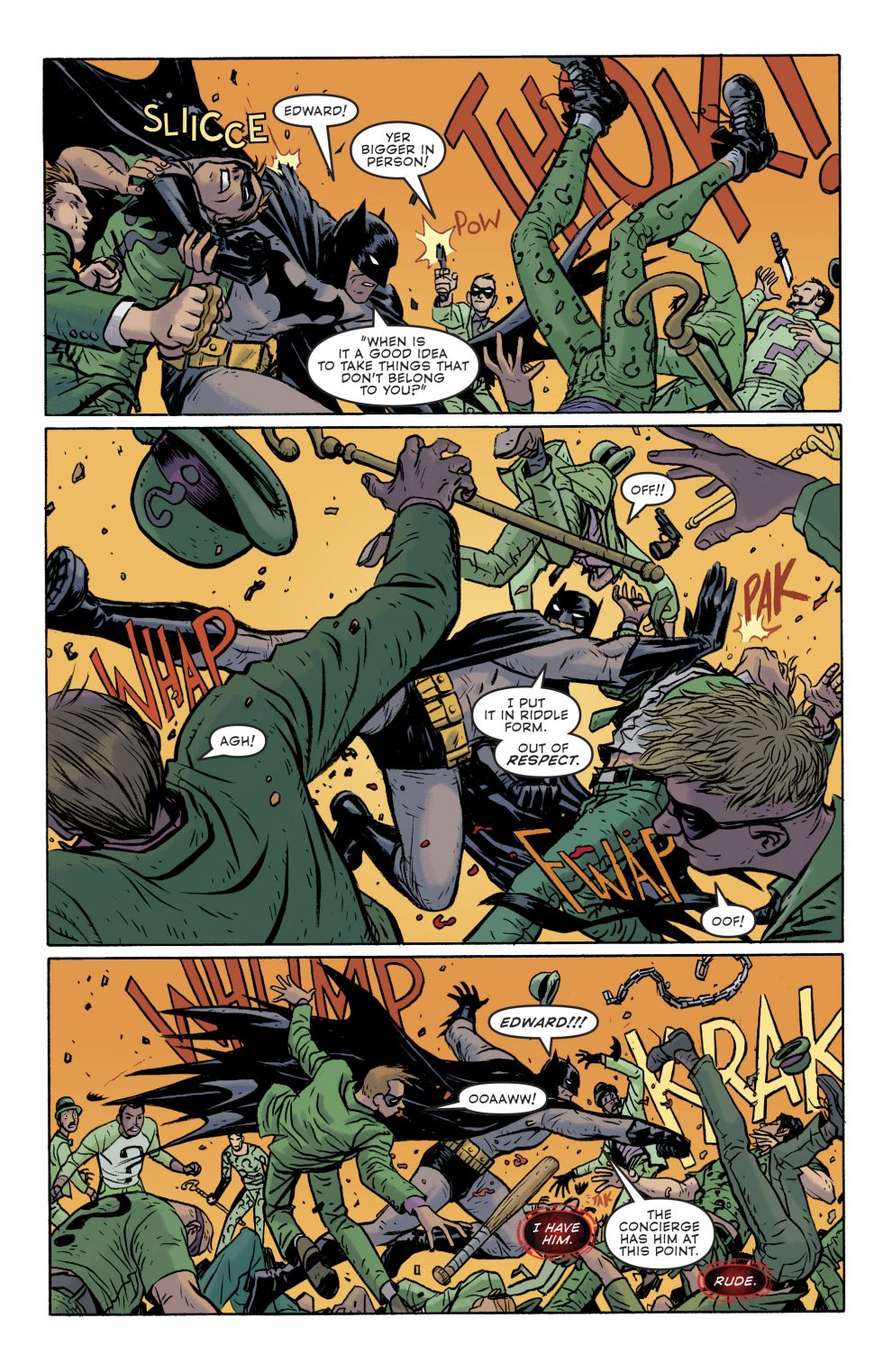 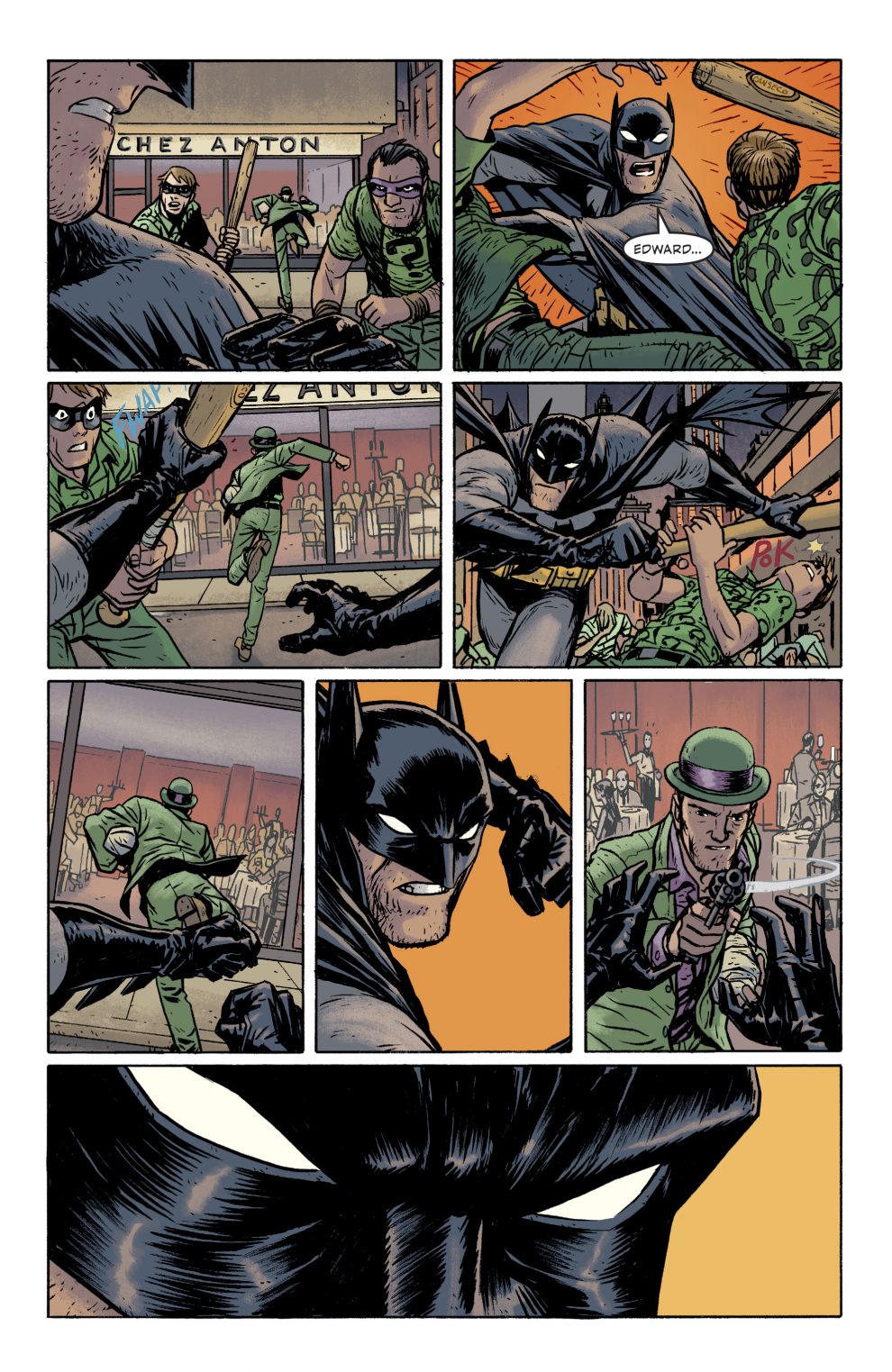 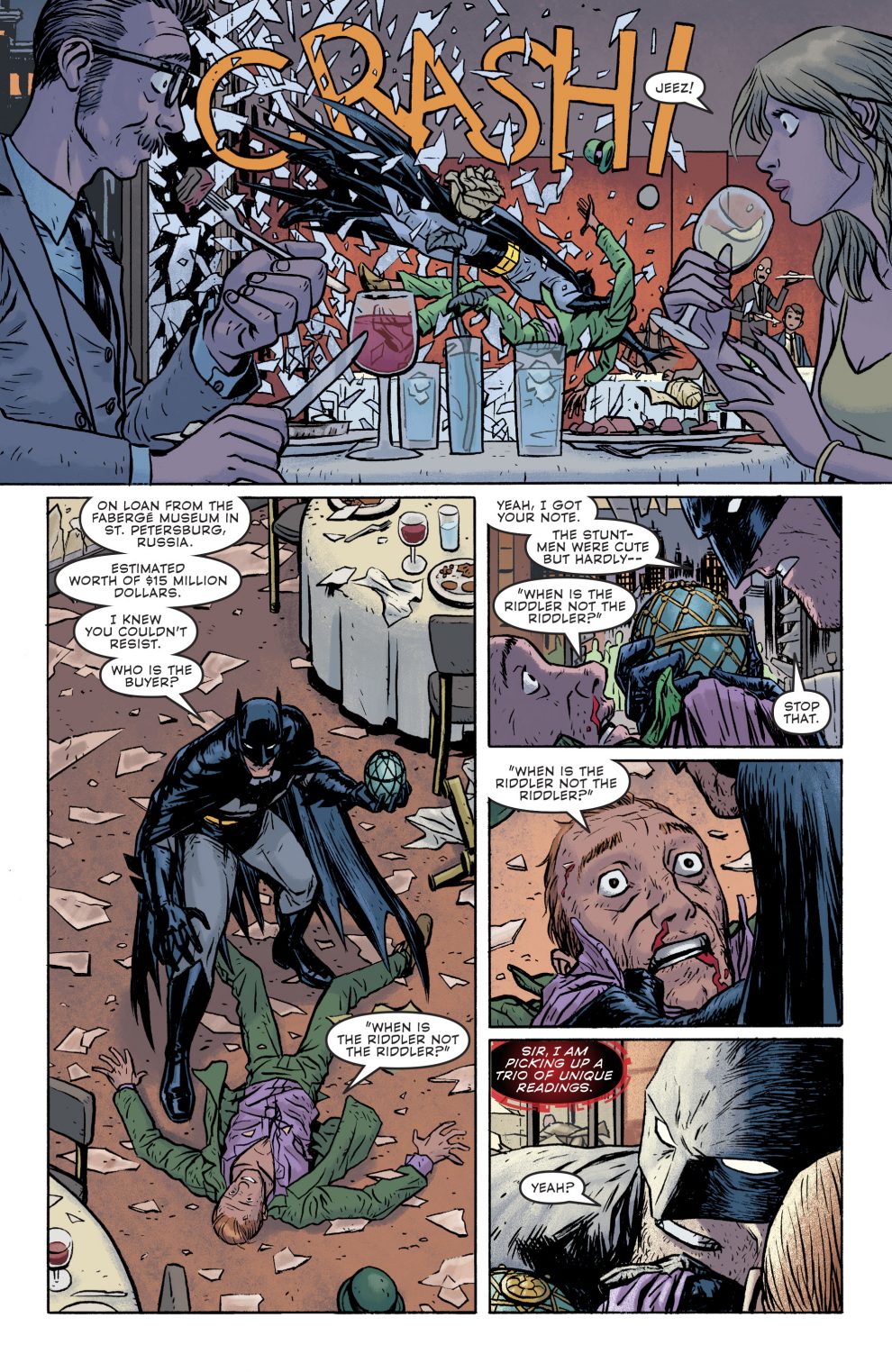 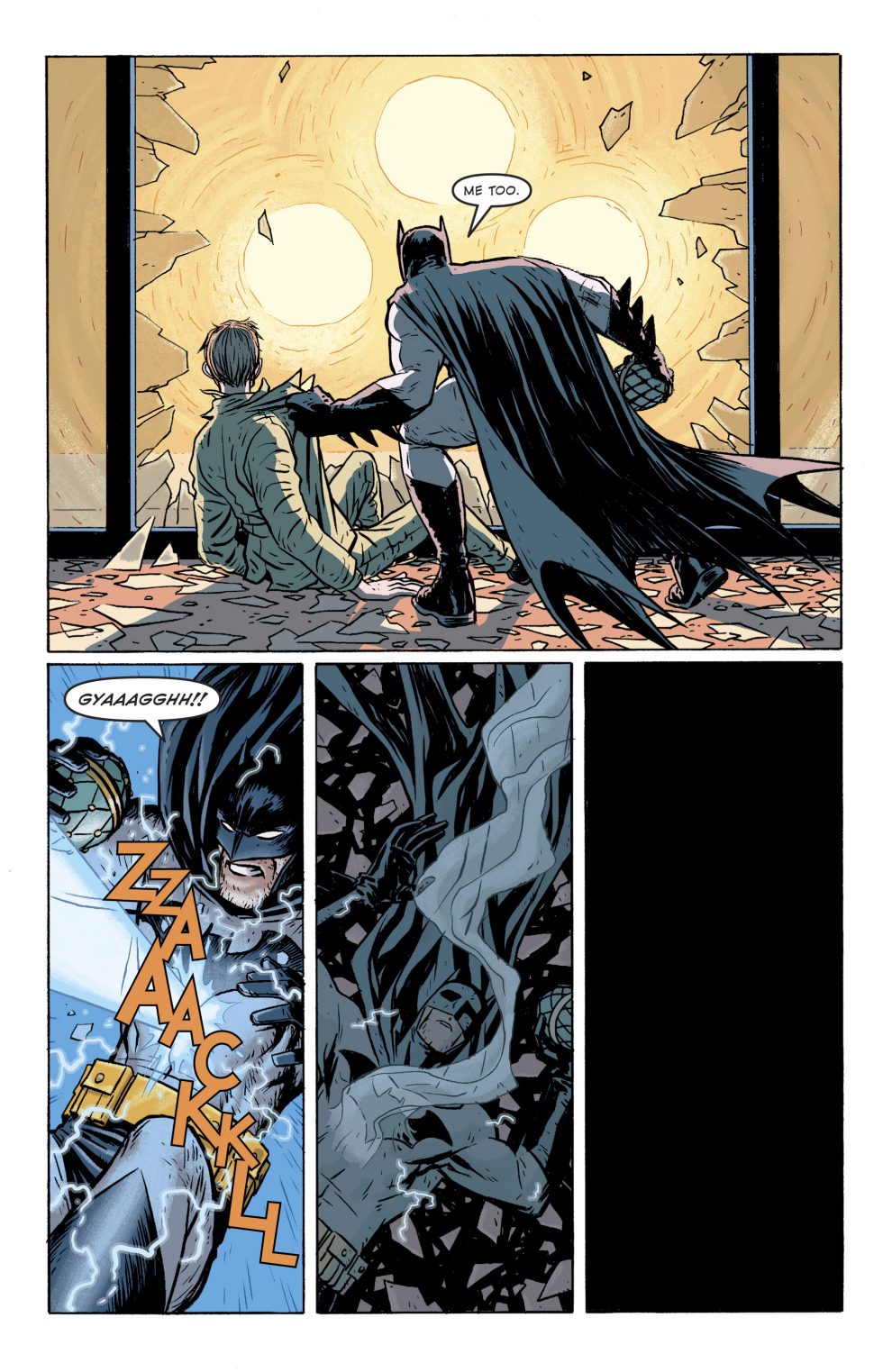 Derington’s art somehow manages to capture the fun of Dick Sprang and Adam West, yet still feels urban and gritty. It’s cartoony, yet earthy and rich. How does he do it? His facial expressions, his scenery, backgrounds, composition and storytelling are first rate. Great stuff.

Dave Stewart is a highly respected color artist, this story shows us why. His off-blue sky on the Jinny Hex pages really help sell the impression that Batman is totally out of his element. We’re used to seeing him in the cold night air of Gotham City, but this location is hot, arid and dry… and it’s day time! Stewart and Derington make you feel the heat and the dust. It’s brilliant.

Josh Reed also does great work. He places Bendis’ words on the pages brilliantly. After parking the Batmobile, Batman walks to the right of the shot. Suddenly the words, “Now what the hell am I looking at exactly?” come out of nowhere, taking your eye – and Batman’s – away from where he was heading. This enhances just how discombobulating this whole scenario is, and how much of a duck out of water our hero is in this setting.

I’m having so much fun. Batman Universe #1 feels like an antidote after reading and reviewing super heavy (yet brilliant) darker, edgier comics. Priceless artefacts, sassy teenagers, assassins and a truly Arrowing lead-in to issue #2, what more can a comics fan ask for?

Also… I now dream of a Jinny Hex mini-series, even though she appears regularly in Young Justice.