For all DC Comics fans that were not able to obtain the Walmart exclusive 100-page giant comics, we have some great news for you! Coming to all good comic book retailers in July, that exclusive content will now be made available to all comers via three six issue monthly limited series.

Our favourite caped crusader will of course be a key component, with a brand new story written by the legendary Brian Michael Bendis. Bendis does Batman! This promises to be a match made in heaven for all comic book fans. The legendary characters that are going to inhabit this story are worth the price of admission alone. Excited? Me too! Read the full DC press release below for the official lowdown.

Fans who haven’t been able to find 100-Page Giant comics at their local Walmart retailer can breathe a sigh of relief, as DC confirmed its plans today to make available in comic book shops for the first time the original stories that formed the basis for their line of Walmart “Giant” anthology comics. Each story arc comes in the form of a six-issue monthly miniseries featuring two chapters per issue.

The fireworks start early on July 3, with SUPERMAN: UP IN THE SKY #1, written by Tom King (BATMAN) with art by Andy Kubert and Sandra Hope. Following a home invasion that ends in murder, Superman is put on the trail of a Metropolis mystery by Batman—but can even the Man of Steel discover the truth behind these tragic deaths, or their ties to the far-off world of Rann? 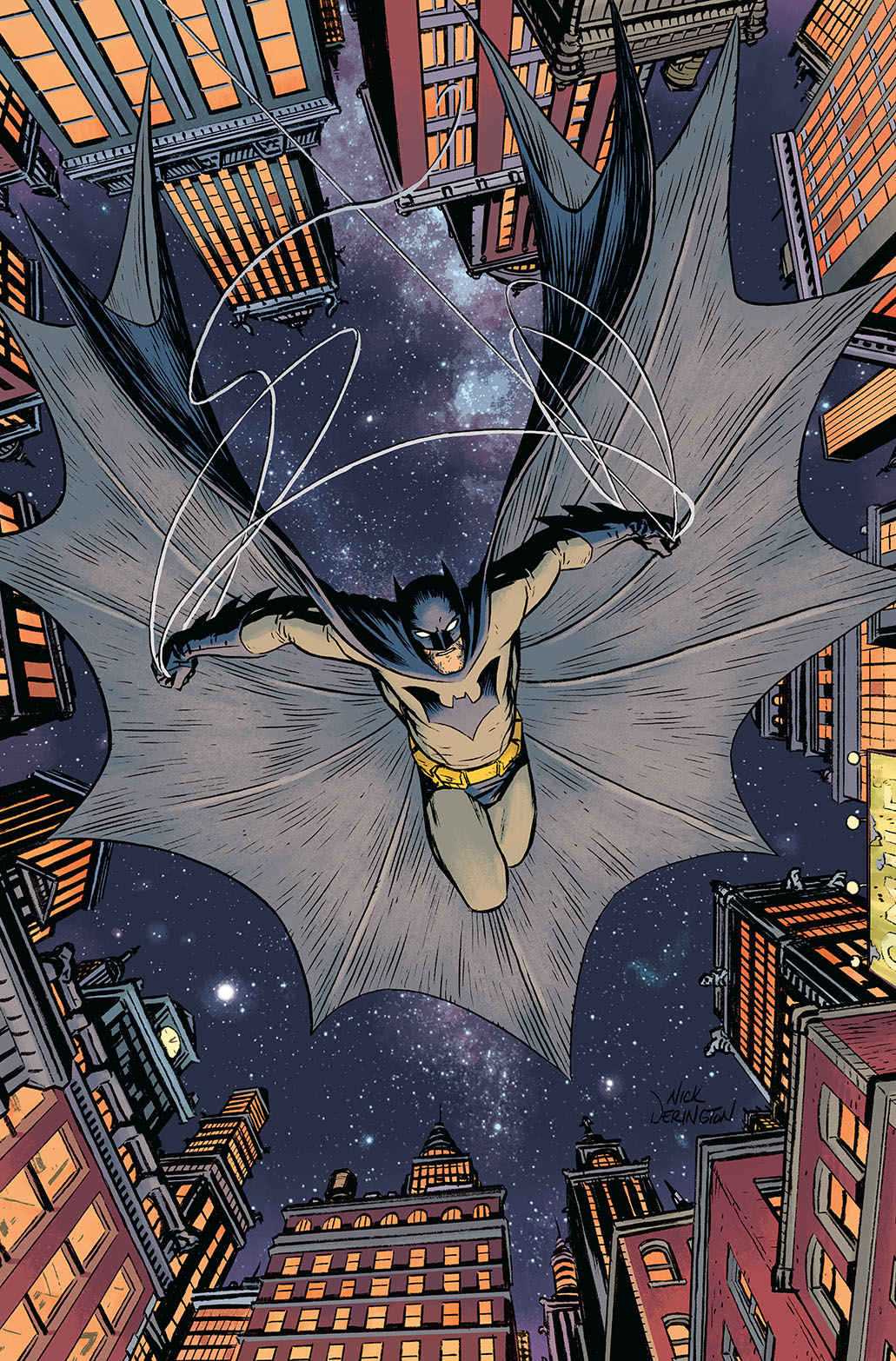 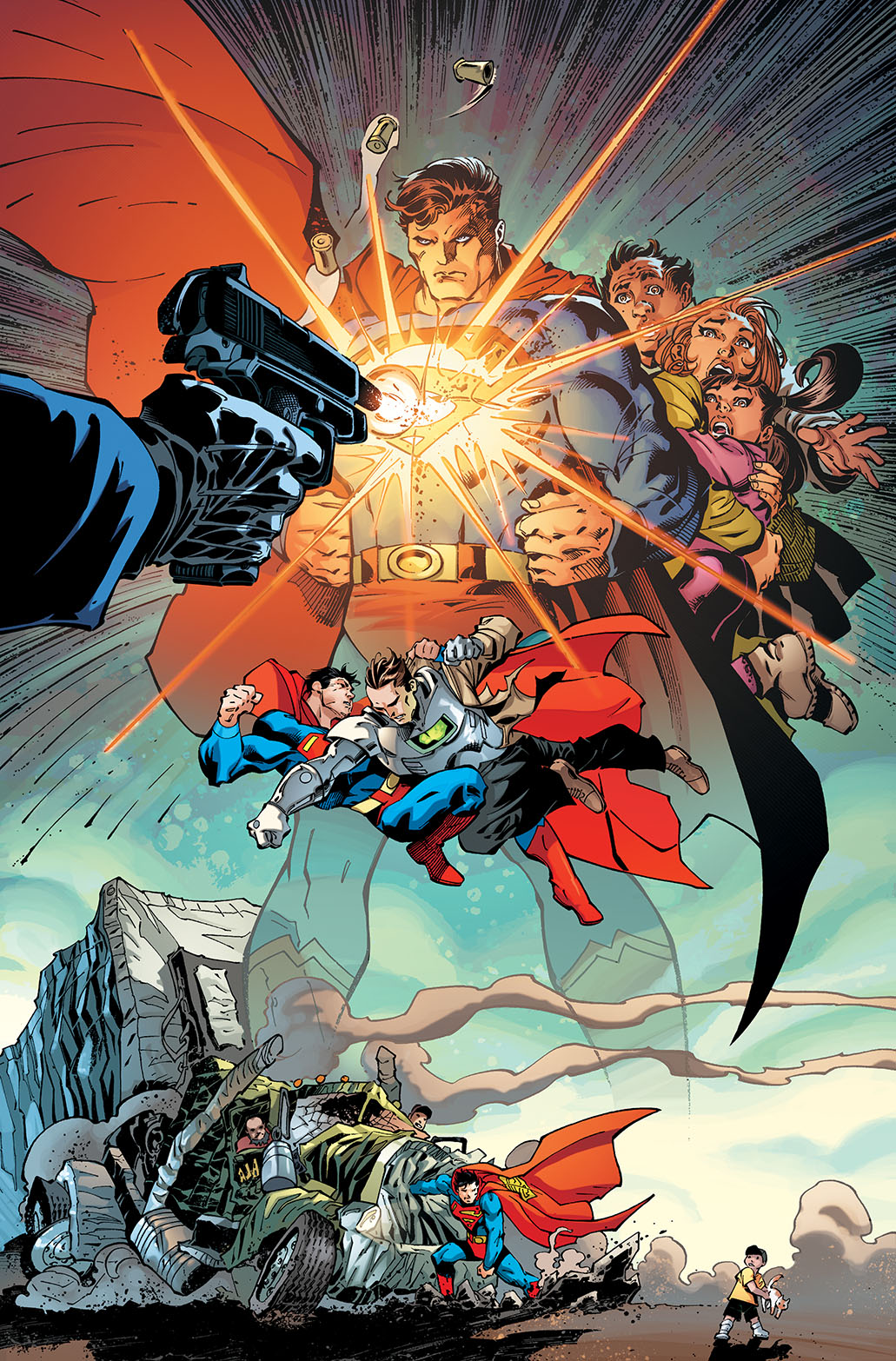 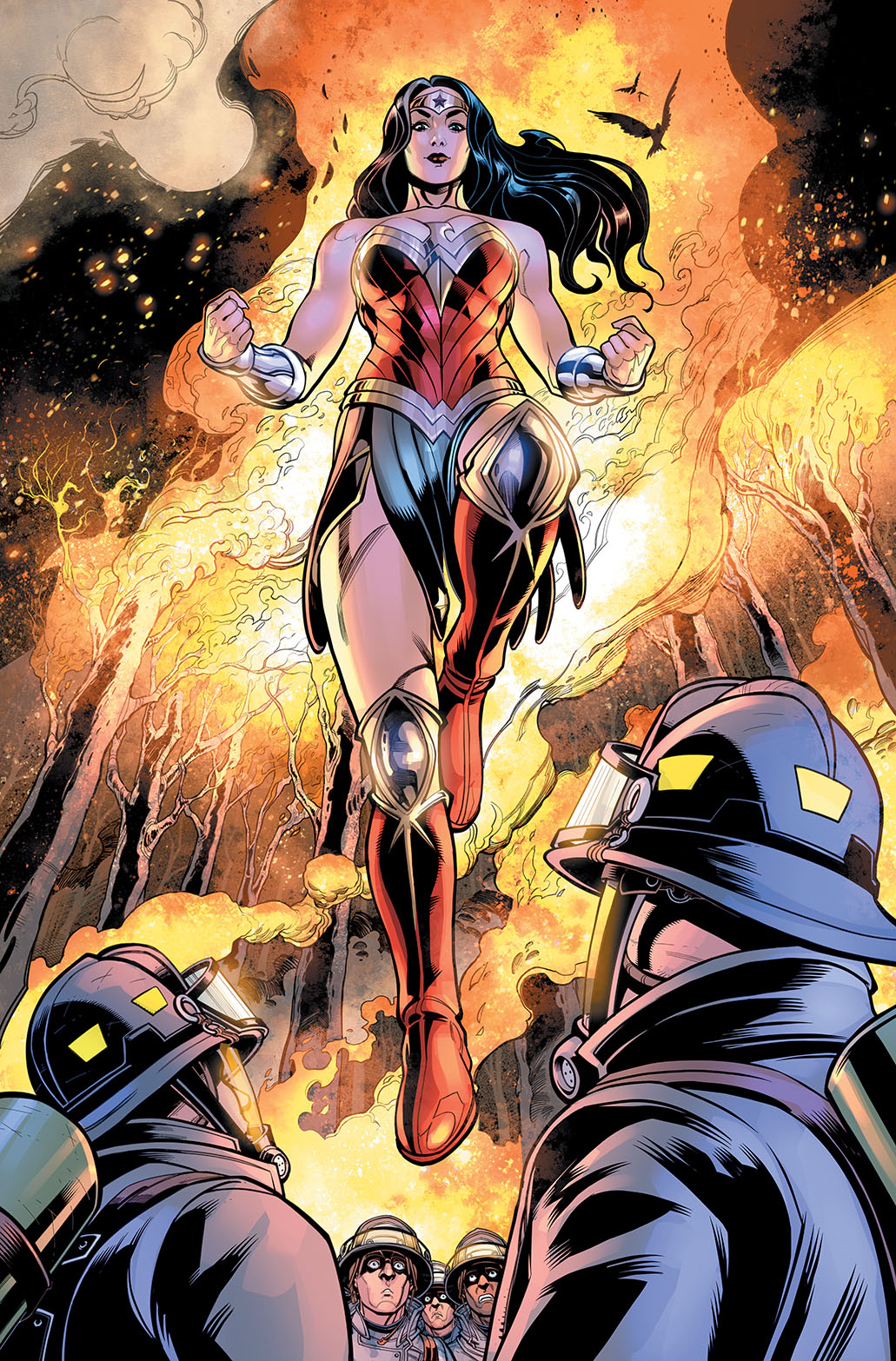 The action continues July 10 with Brian Michael Bendis and Nick Derington teaming up for BATMAN UNIVERSE #1. Following the theft of a priceless Fabergé egg, the Riddler leads The Dark Knight on a wild hunt after its true owner: Jinny Hex, a descendant of the haunted Western hero Jonah Hex. Deathstroke, Green Arrow and some of the brightest stars in the DC Universe will join The Dark Knight on the chase to find this treasure!

Amanda Conner, Jimmy Palmiotti and Chad Hardin combine their powerhouse talents on a new adventure featuring the Amazon Princess Diana in WONDER WOMAN: COME BACK TO ME #1, on sale July 17. When Steve Trevor is called in for a test flight of an experimental new aircraft, he winds up lost in the Bermuda Triangle—and it’s up to Wonder Woman and Etta Candy to follow his trail to a mysterious and savage island.

Each miniseries will also feature brand-new cover art from Andy Kubert (SUPERMAN: UP IN THE SKY), Amanda Conner (WONDER WOMAN: COME BACK TO ME) and Nick Derington (BATMAN UNIVERSE).

For more of the latest news and updates on the World’s Greatest Super Heroes, visit www.dccomics.com or the DC YouTube channel.

This is wonderful news for all comic book fans both in the US and beyond, giving us all the chance to pick these up wondrous stories involving the DC Trinity of heroes. Sure to become highly sought after due to the A-List talent involved, the books will certainly be high sellers.

Contact your local stockist now for details on pre-ordering and pricing.