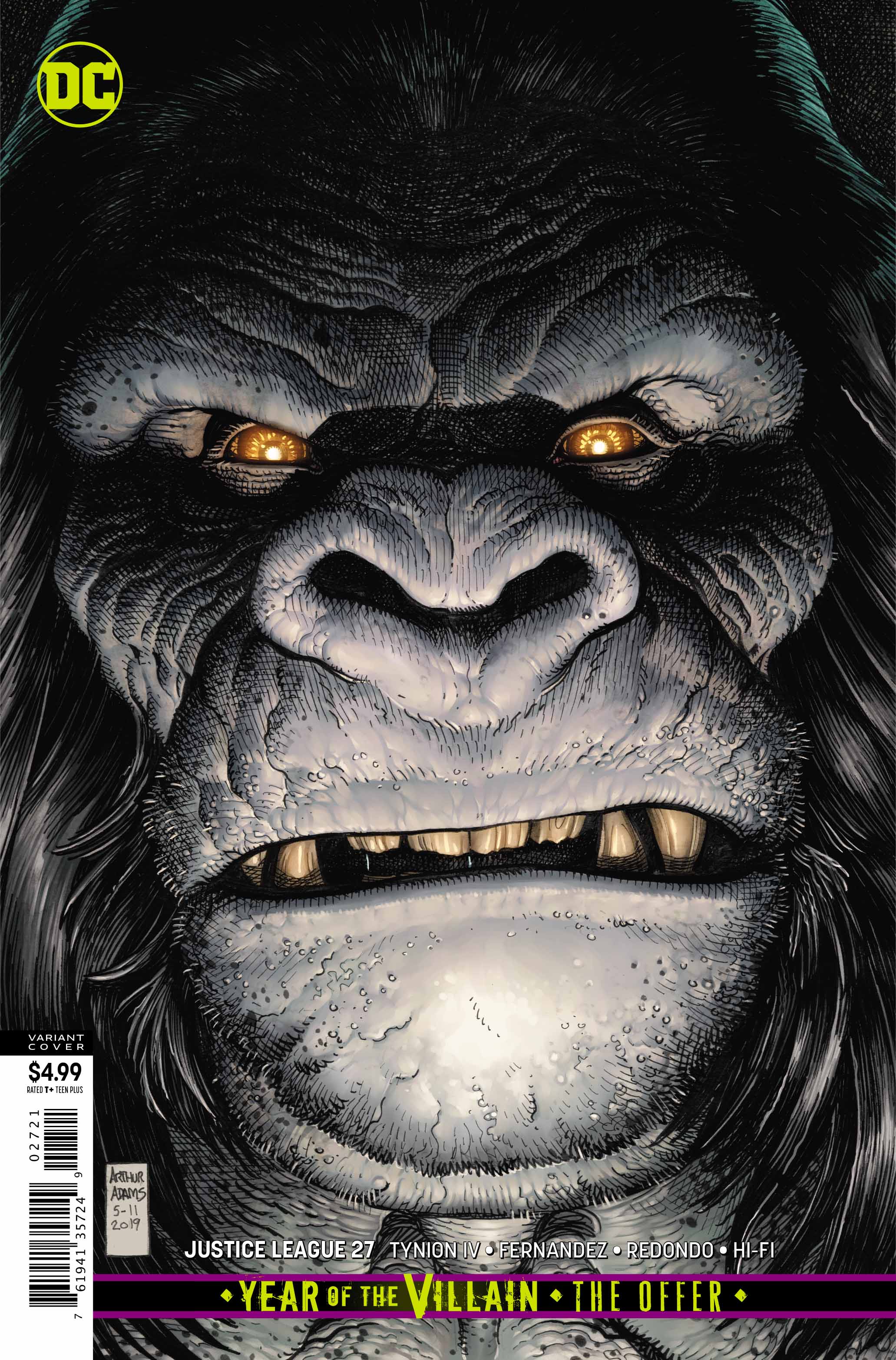 Doctor Ivo returns with an army of half-baked Amazo droids in this week’s Justice League #27, as the march towards the “War of Justice and Doom” continues.

The Martian Manhunter is on a mission to find the recently resurrected Lex Luthor. However, during his search last issue, he was captured by Doctor Ivo disguised as Lionel Luthor. Ivo has captured J’onn in order to continue Luthor’s research on Martian/Human hybrids.

A Retcon of a Retcon Wrapped in a Retcon

With regards to post-Rebirth continuity, this is an incredibly important issue. Justice League #27 answered a question that has been nagging at me for a while: why were Snyder and Tynion ignoring parts of Final Crisis and Multiversity while embracing other bits. Specifically, I’ve been wondering about the Monitor. The Monitor’s convoluted backstory was delivered in a total of 3 pages, one of which was a brilliant two-page spread. Tynion’s explanation was concise and unlabored: a mark of an efficient writer – especially when dealing with retconning complicated continuity points.

Besides its continuity housekeeping, Tynion’s script accomplished a lot in terms of moving this arc forward. Along with the Cosmic storyline, Justice League #27 also juggles the Martian Manhunter’s arc along with some impressive character work on Shayne – J’onn and Shiera’s son from the World Forger’s hypothetical future Multiverse. 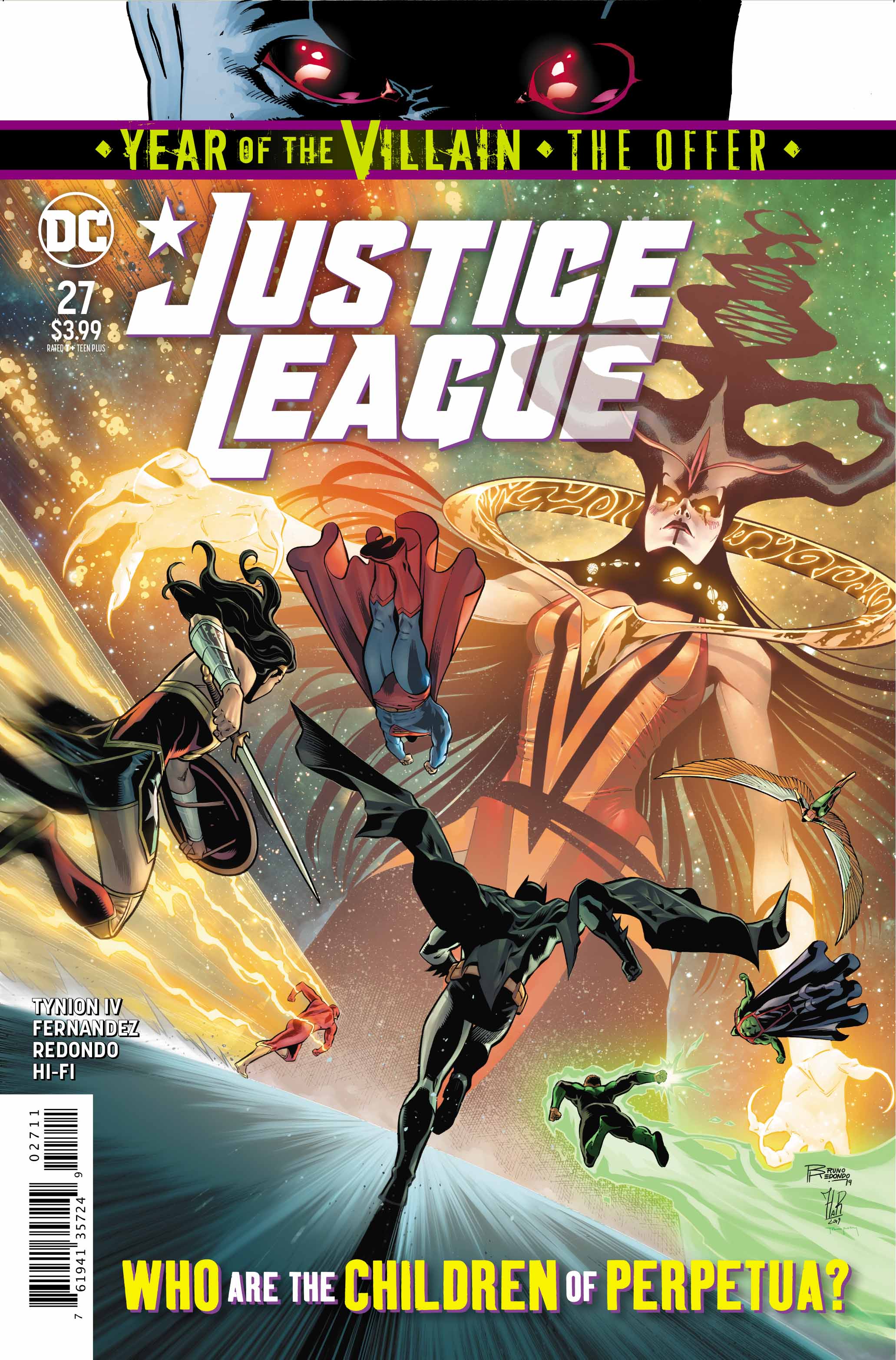 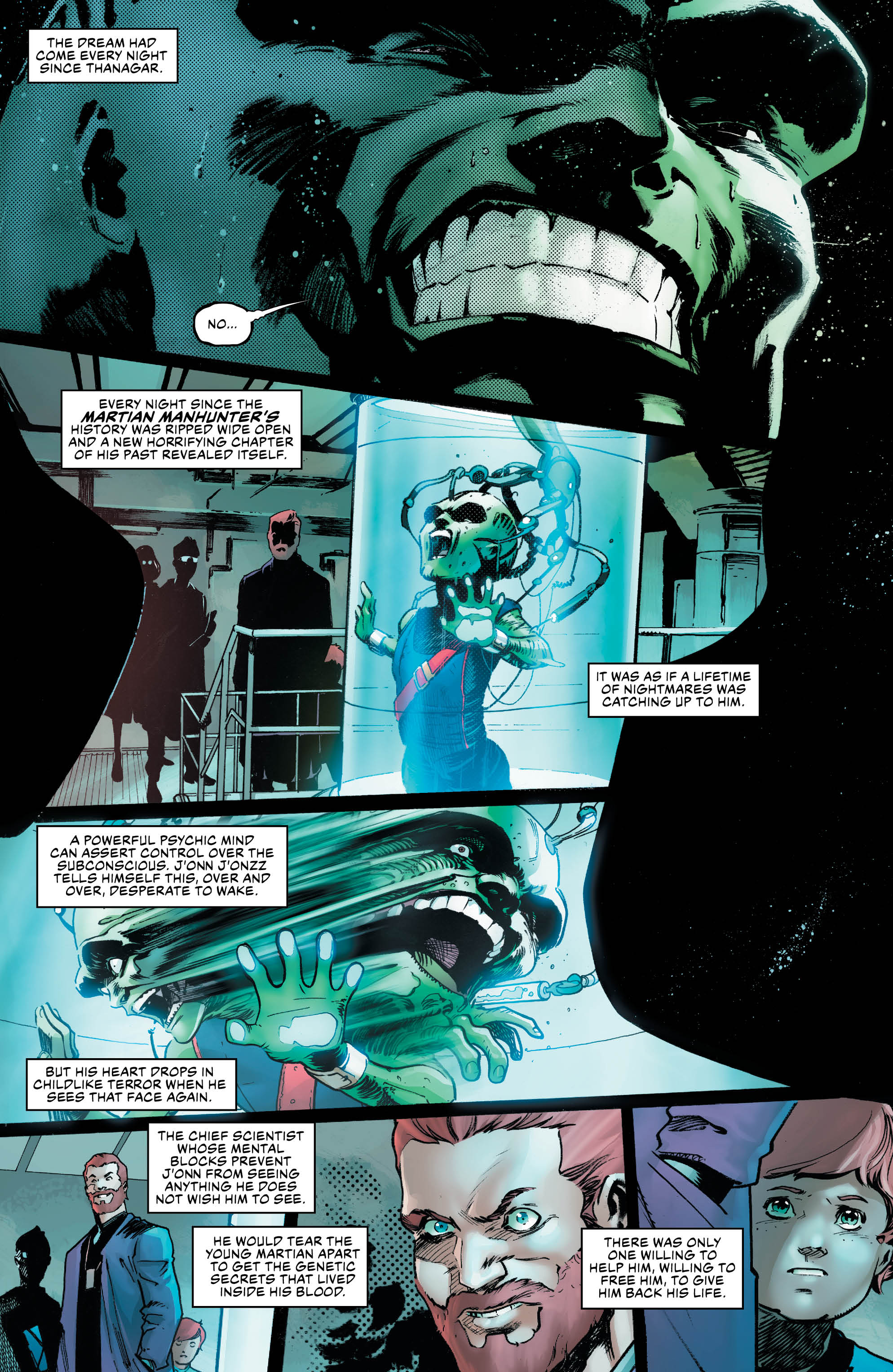 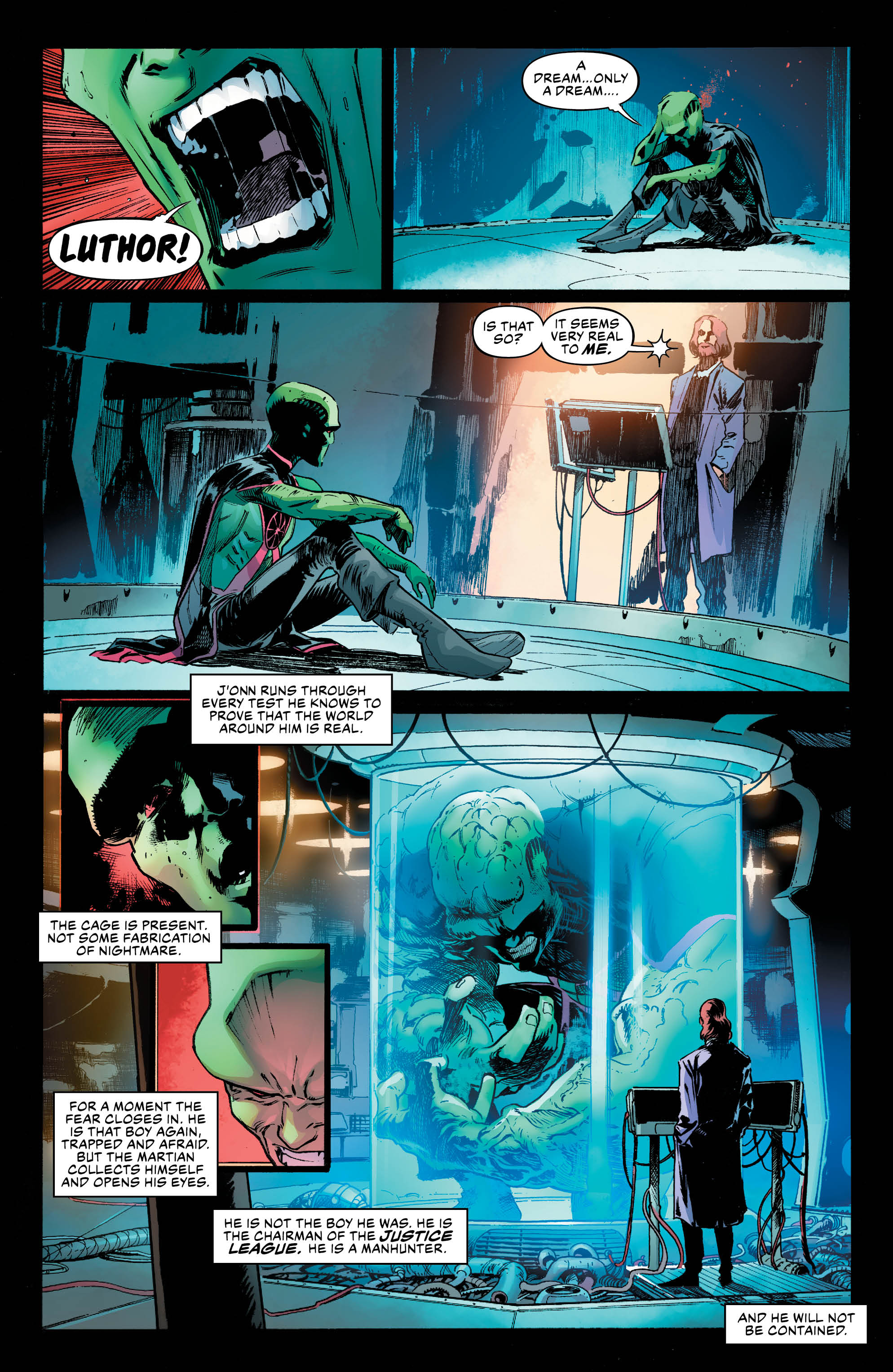 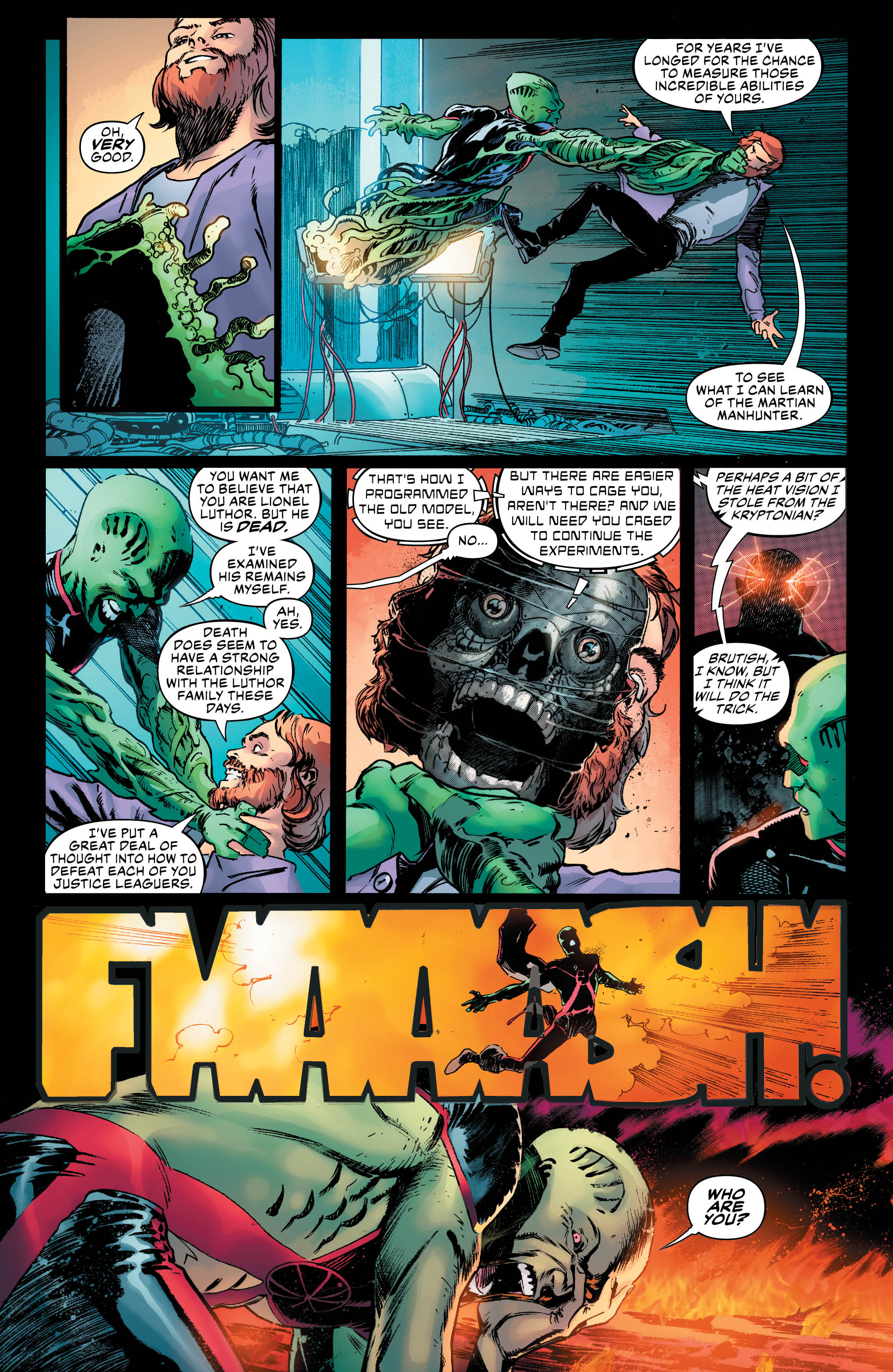 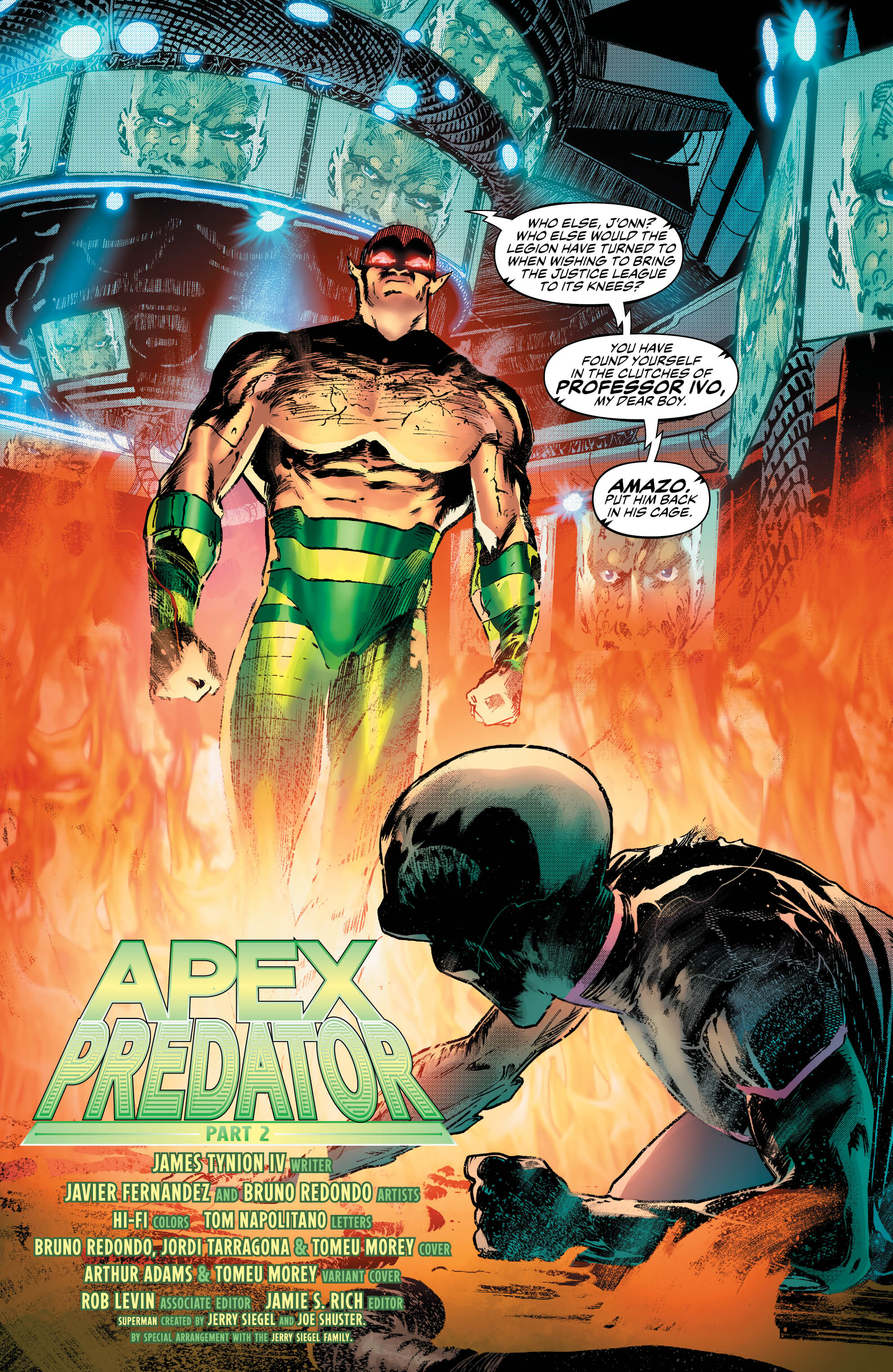 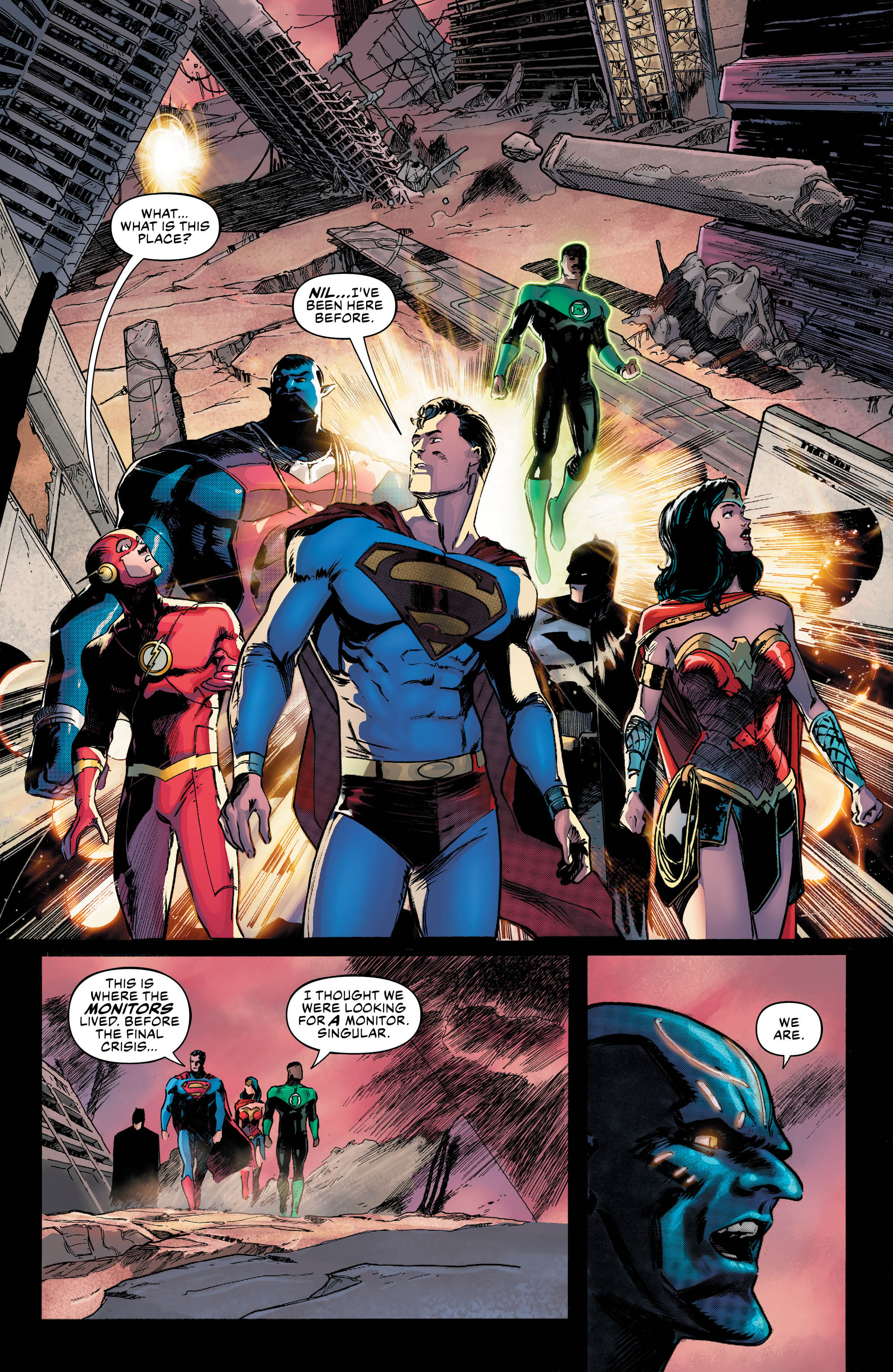 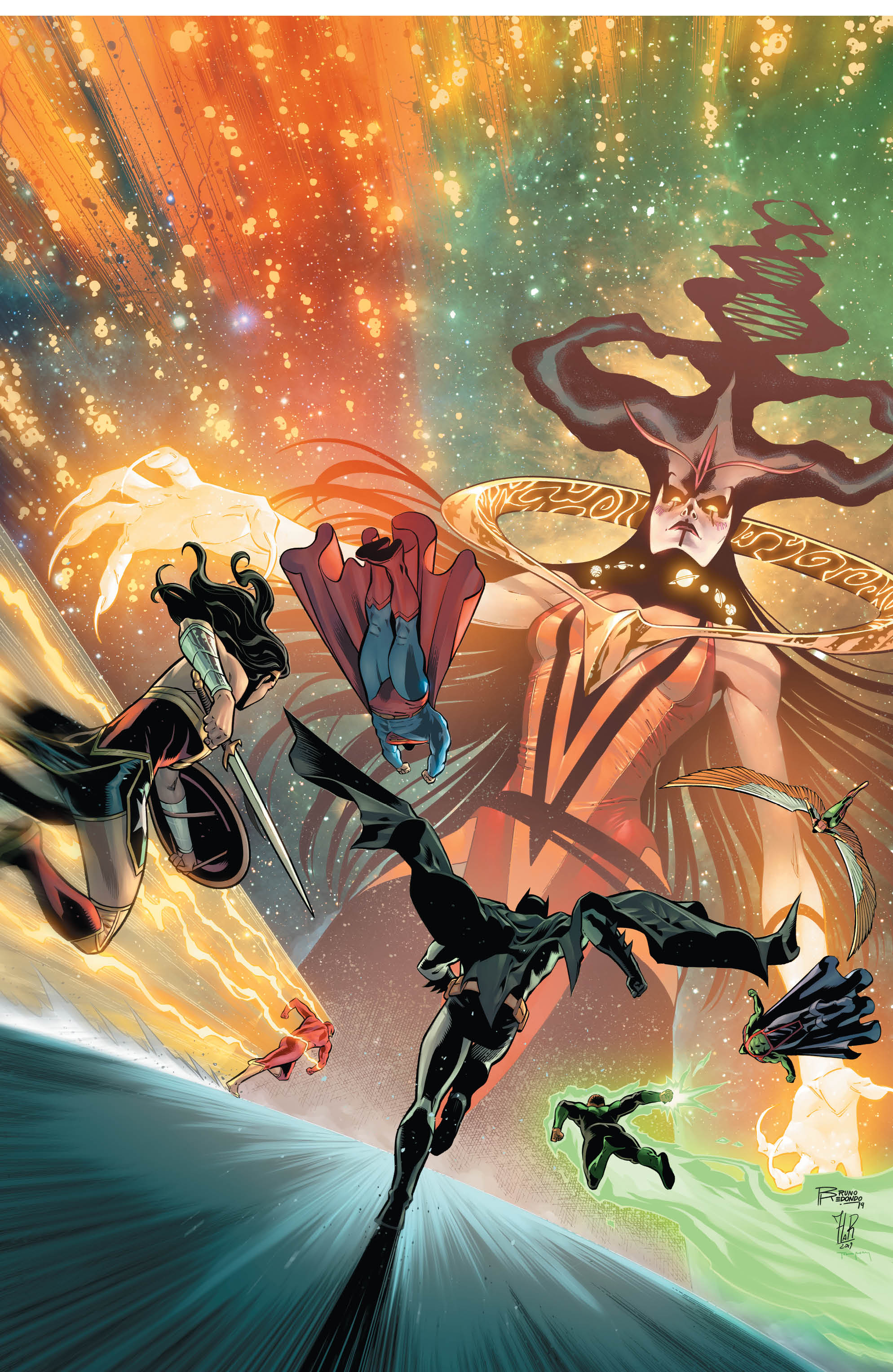 Javier Fernandez and Bruno Redondo collaborate on the pencils for this issue, and it shows. Fernandez’s art for Justice League #26 was a mixed bag. Redondo’s addition to the team is noticeable, as this issue is far more detailed than the last. The two artists seem to work well together. Their styles are indistinguishable, making the issue feel seamless in its artistic construction.

There were also some really creative artistic nuances in this issue. The aforementioned two-page spread was a throwback to the art of Crisis on Infinite Earths and Infinite Crisis. There was one moment when the Monitor confronts Barry Allen about his death in Crisis on Infinite Earths, and there’s a direct homage to George Pérez’s art. Also, there’s a great panel where Superman lends a hand to the Monitor, with light streaming down behind the Man of Steel, as he pontificates about hope. It was a beautiful moment the really drove the point home.

Justice League #27 is a home run of an issue in the current run on Justice League. Tynion’s script superbly tackles both its macro cosmic moments and micro character moments. Fernandez and Redondo’s artistic chemistry renders the script brilliantly, harkening back to various moments in DC’s history. Overall, the issue’s ambitious tasks were executed with the finesse and acumen of a rockstar team.