“There Will Be Blood” 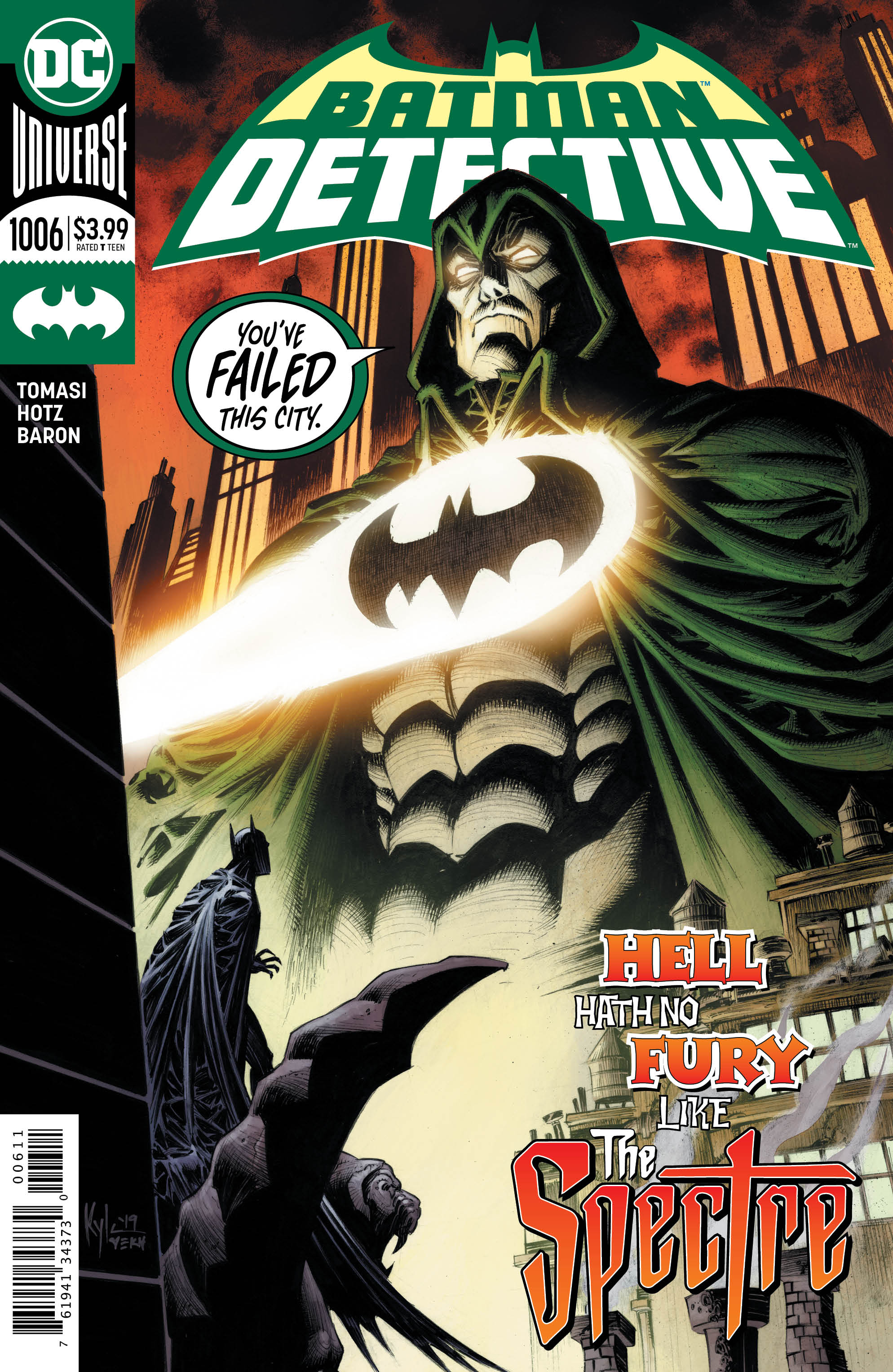 The threat of the Arkham Knight is ended, for now. But this is Gotham City, so danger is never more than a page or two away. In Detective Comics #1006 Batman has a new, and far bigger problem. Dear reader, when I say big, I mean BIG. The Spectre is in town, and things are gonna get messy.

I haven’t seen Jim Corrigan’s angelic alter-ego in the longest time, and neither has the Batman, it seems. As usual, the instrument of God’s Wrath on Earth leaves chaos and devastation in his wake, and we all know how the Dark Knight feels about that sort of thing going on in his city.

Peter Tomasi has shown, yet again, that he has a firm grasp on every DC character he writes about. Both Corrigan and Spectre feel as real as Batman himself, and totally in character (when compared to everything I’d read about them in the past). Corrigan feels like a world-weary cop just trying to do his job, while Spectre is power, wrath and retribution incarnate. The ghost in green and white sure knows how to make an entrance. 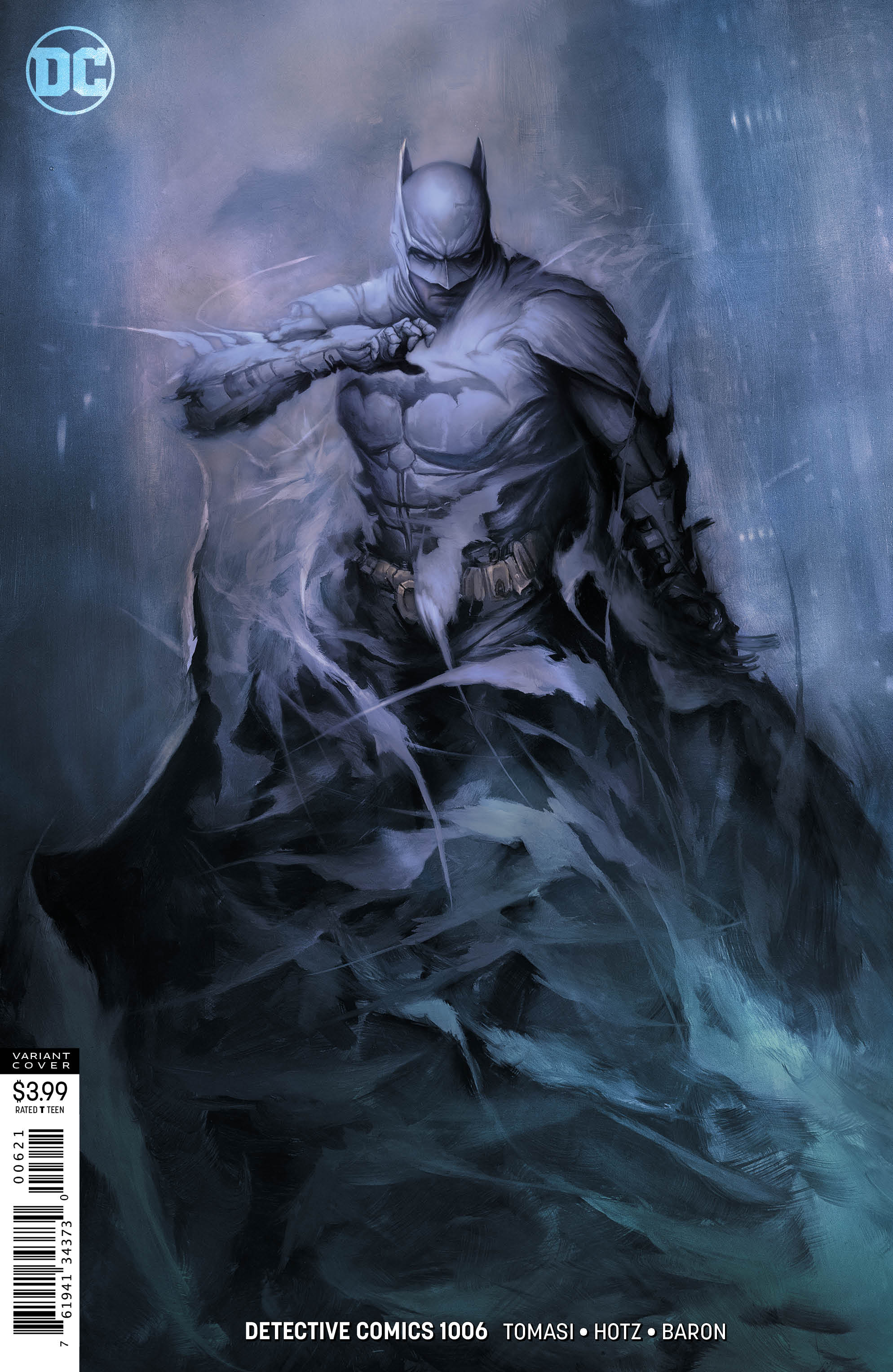 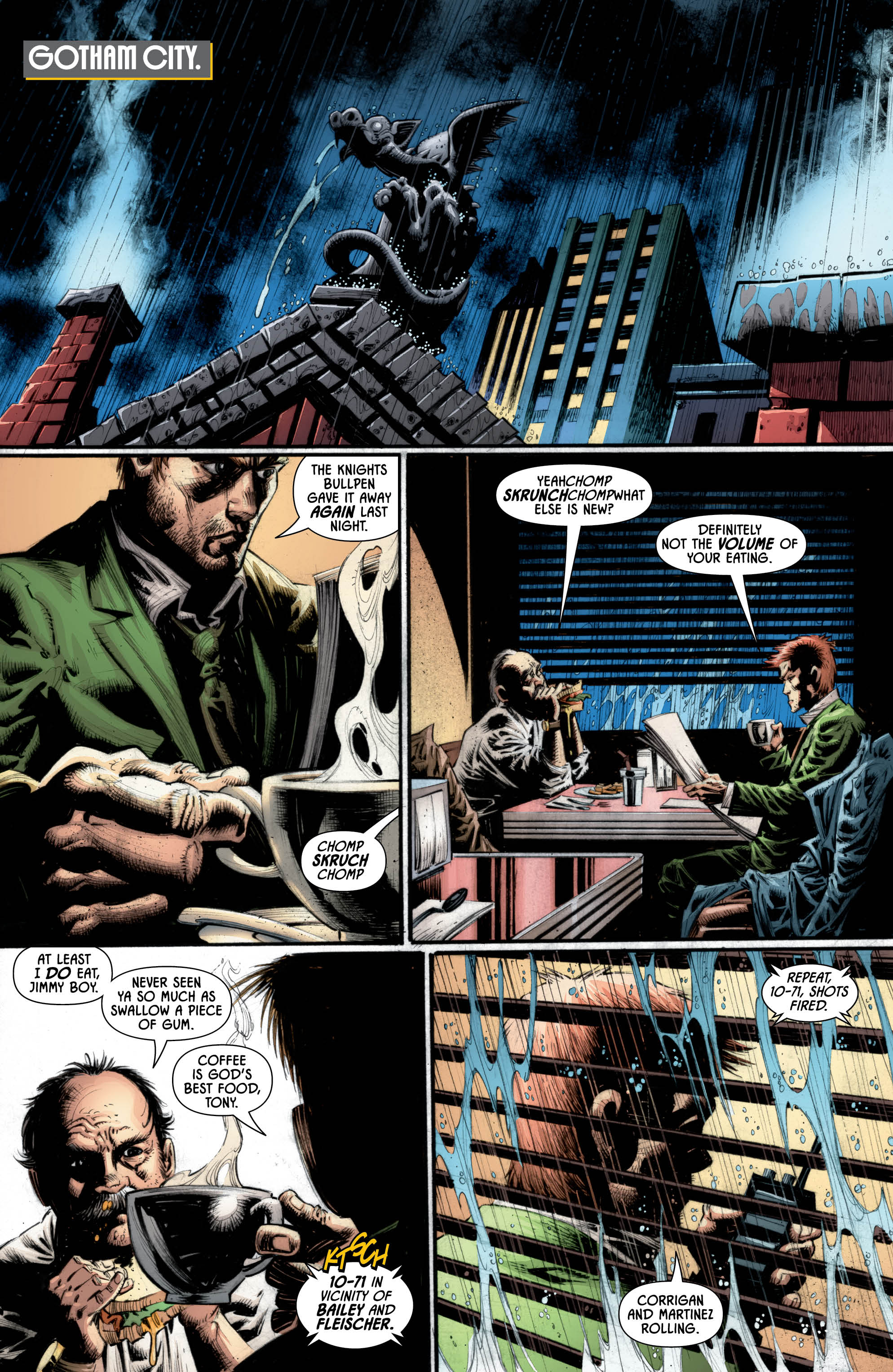 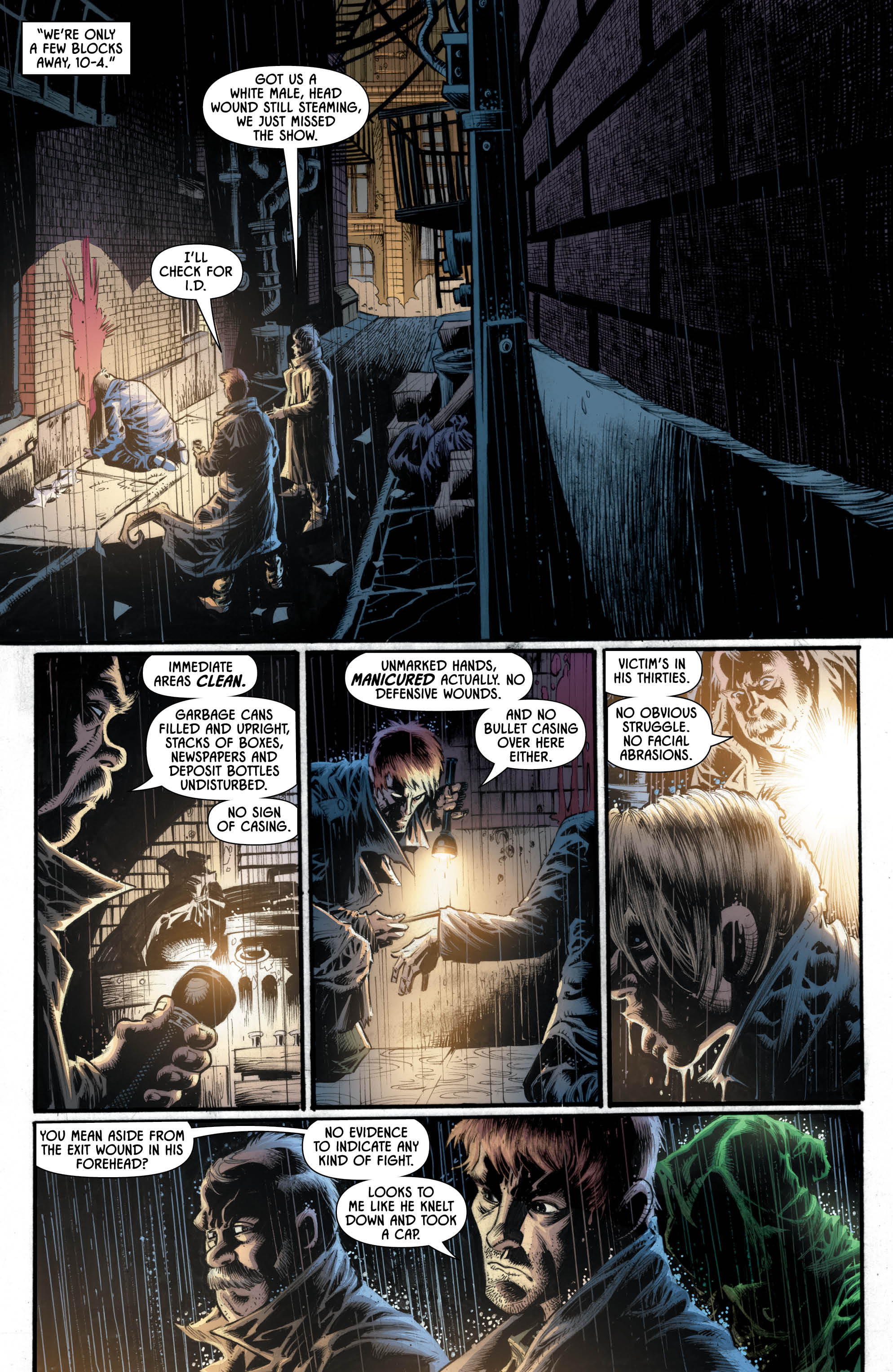 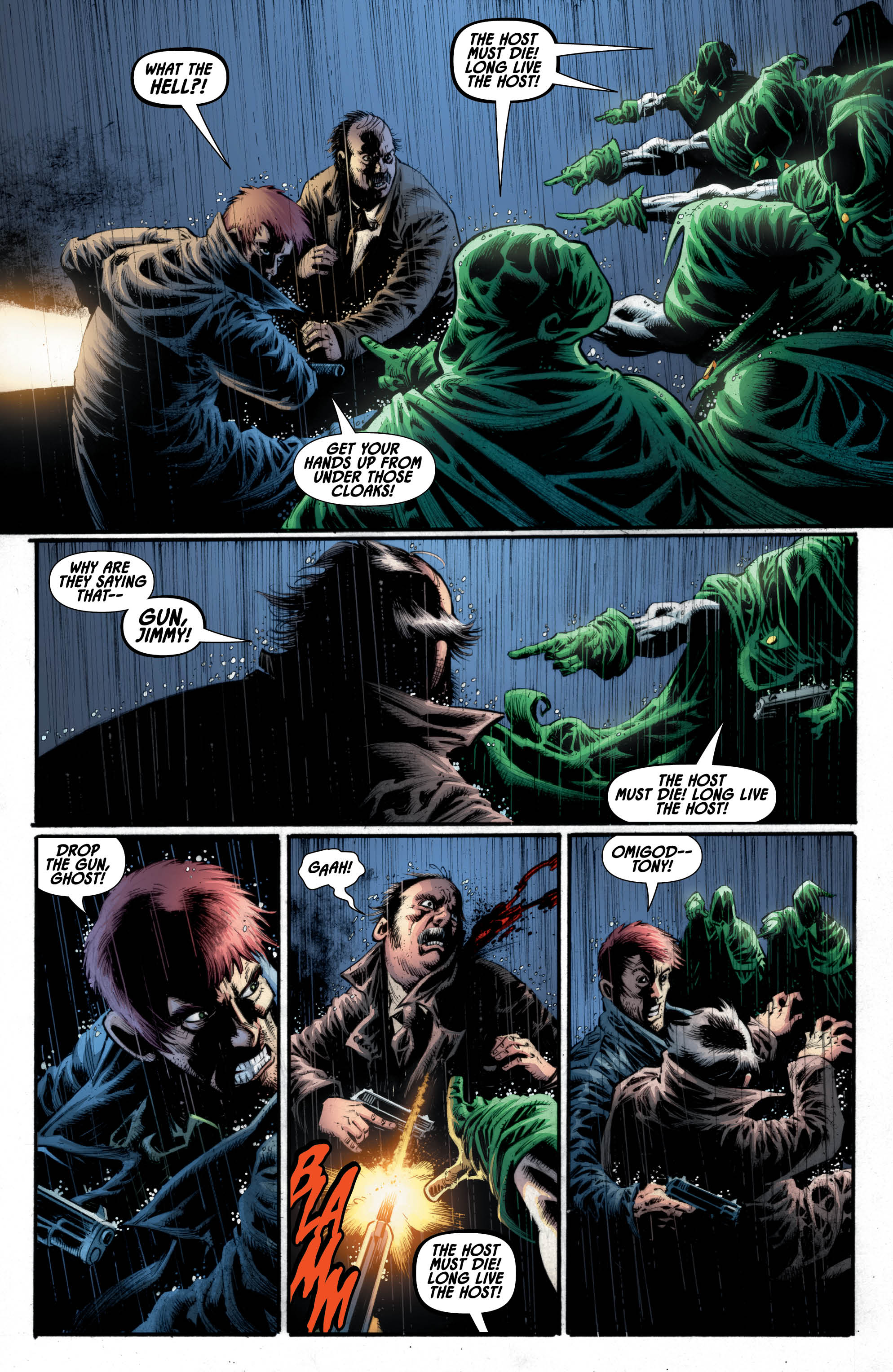 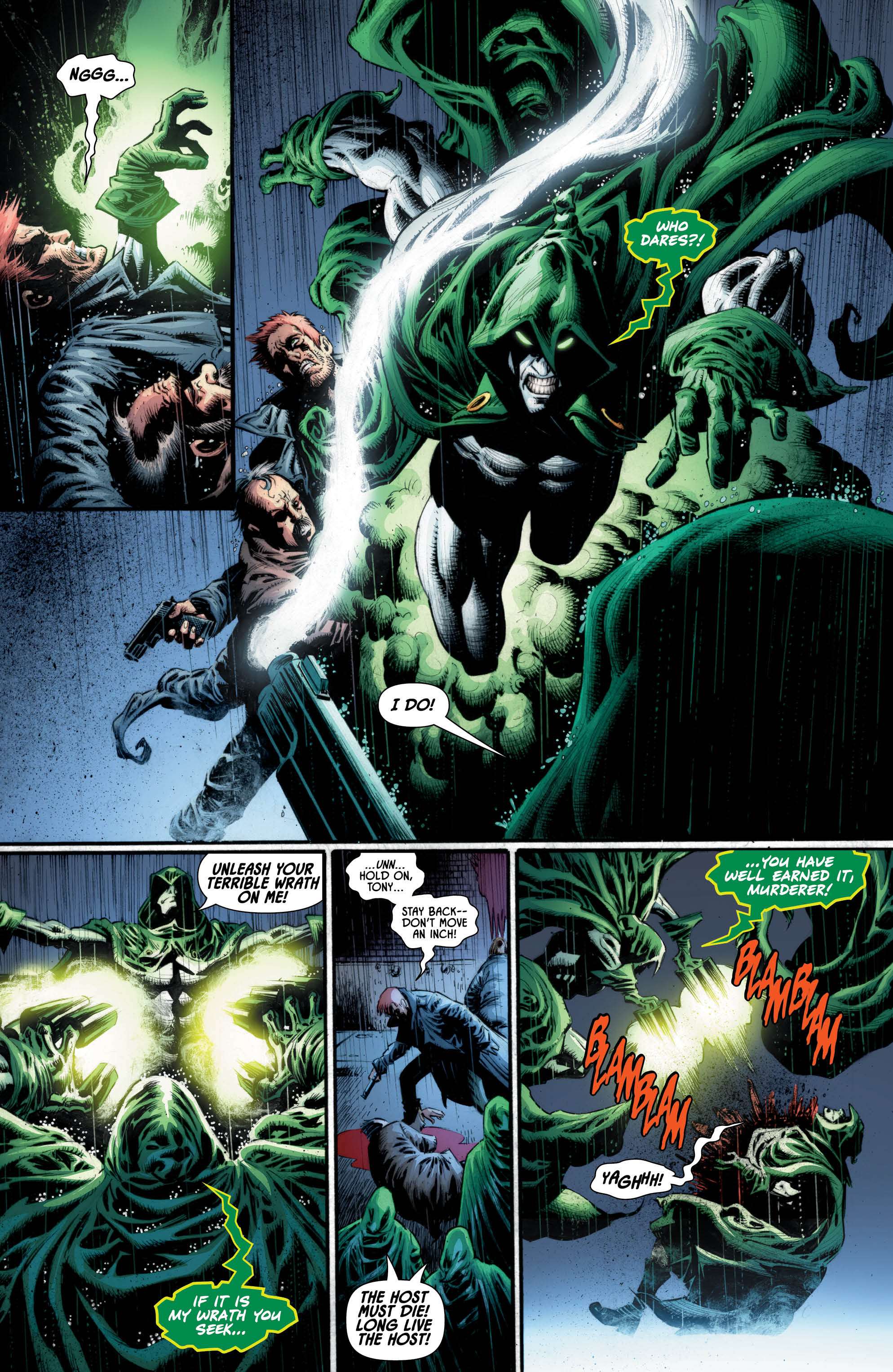 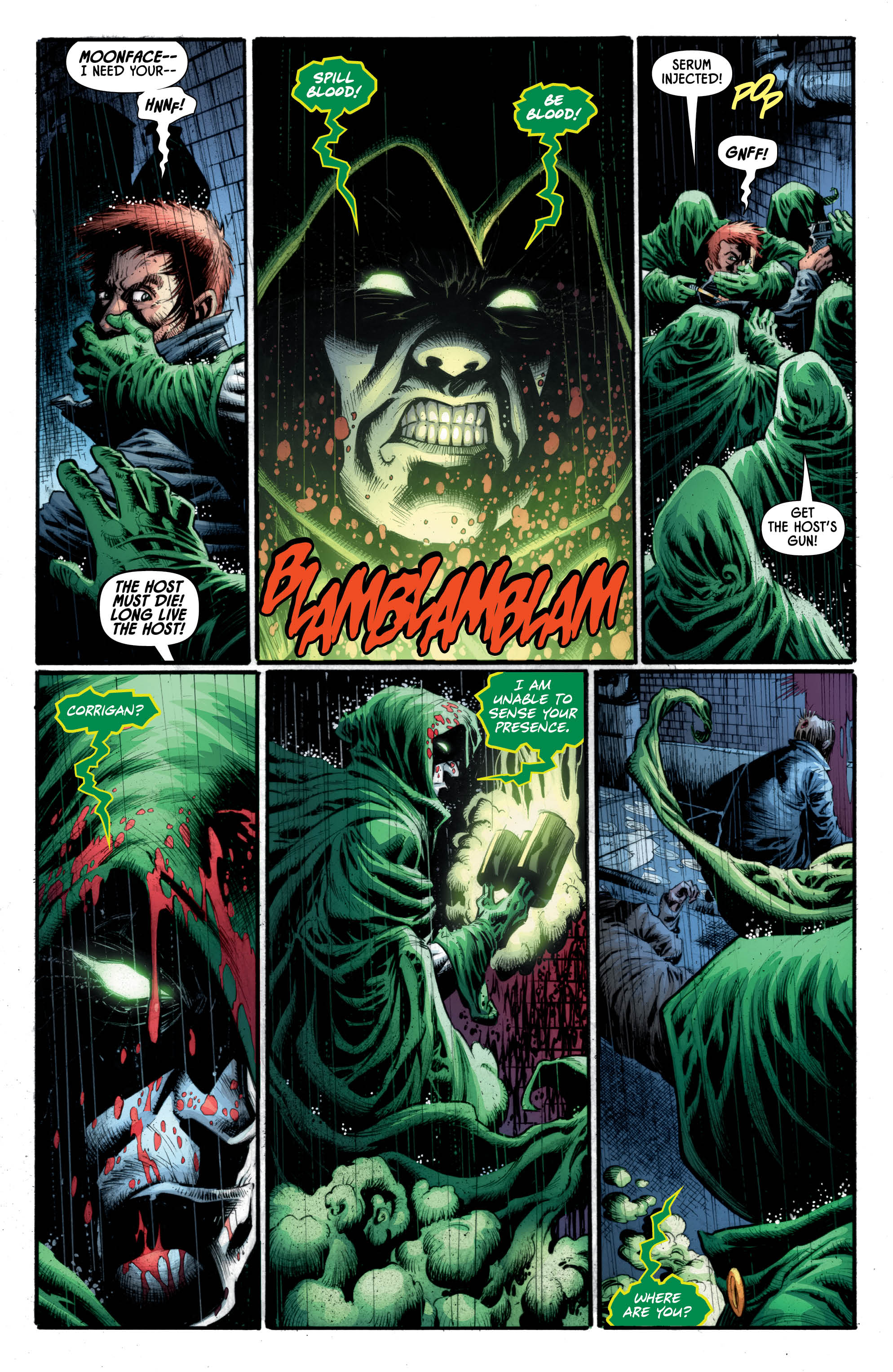 I don’t recall seeing the art of Kyle Hotz before now, but if first impressions count, Mr. Hotz has made a great one. Wowza, this guy can draw! His Spectre is terrifying and his Batman is on point. The line art in this issue is phenomenal; atmospheric, detailed and extremely rich. Hotz style is reminiscent of Bernie Wrightson and Kelley Jones, but he doesn’t ape or copy those legends. I can clearly feel their influence, but this still feels like a fresh take. His pencils are tight and his inks feel like the best work I’ve seen from classic horror artists, like Mike Kaluta, Tom Mandrake, or Alfredo Alcala.

If you don’t recognize any of the names I’ve mentioned, please look them up. As far as I’m concerned comparing any artist to these guys is extremely high praise.

David Baron and Rob Leigh are killing it, too. Mr. Baron blows my mind. This is the third series I’ve seen him color, and he adapts his style to suit the line art like no color artist I’ve ever known. I’ve gotten to the stage where I can sometimes tell who colored a comic-book, but David Baron is so versatile that he often leaves me speechless. As for Rob Leigh? THOOM! His sounds reverberate off the page and his Spectre speech captions are as ethereal as the character himself.

As first chapters go, this one’s a winner. Spooky cults, messy murders, ghosts and goblins, they’re all here. Detective Comics #1006 is a Gothic masterpiece, and I cannot wait to see where this story goes.