Review: Batman And The Outsiders #2 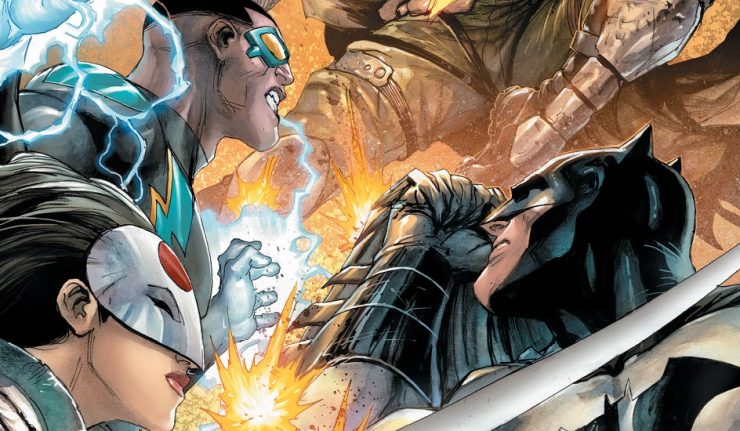 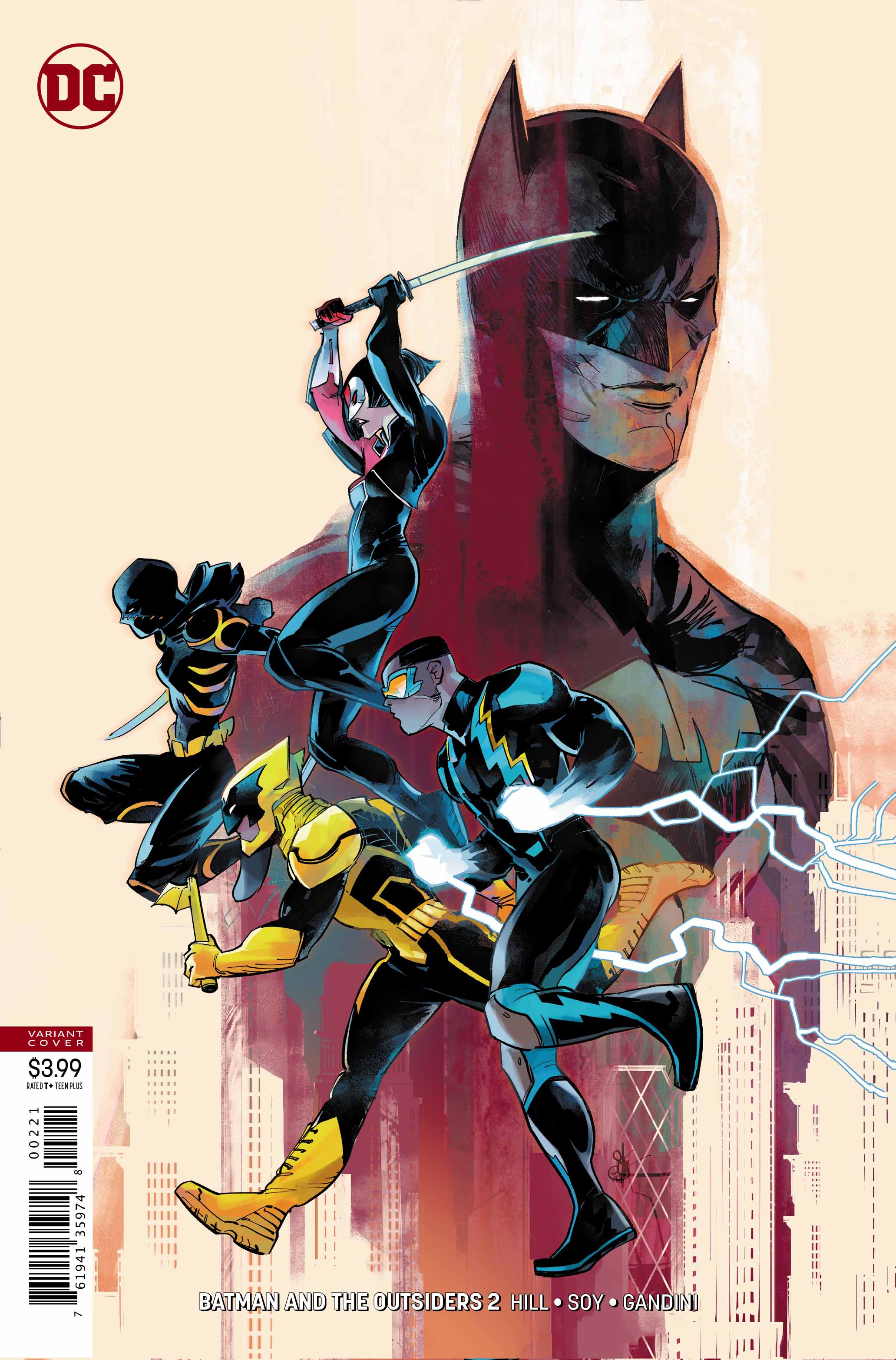 A woman with superhuman abilities is on the run from Ra’s al Ghul and the League Of Assassins. In Batman And The Outsiders #2 our heroes catch up with her, and the cybernetic soldier known as Kaliber.

The first issue of this new series received some strong responses, both from comics fans and from Black Lightning’s creator Tony Isabella. While I agree to a certain extent that Jefferson Pierce does deserve his own book, a series like Batman And The Outsiders is the perfect vehicle to place the character on the road to solo success.

What I don’t agree with is people saying that Black Lightning has been reduced to nothing more than the Dark Knight’s “Yes man.” The readers and commenters who are saying this clearly aren’t reading this comic.

Bryan Hill, in my humble opinion, writes some of the best characters in all of comics. His version of Jefferson Pierce included. The dialogue from pages one and two of this issue should convince anyone of this. Hill writes some real, honest natural, flowing dialogue. He’s also very cleverly showing us that Batman doesn’t, or can’t, converse normally at all. Even amongst friends the Caped Crusader is playing a role, and this is why he needs the Outsiders.

Bruce Wayne/Batman: I’m a symbol of fear. I’m the nightmare that people can trust. That’s what I learned from Bats.

You’re hope, Jeff. You can be a symbol of that. It’s just a lot harder. Right now, hope is what Sofia needs. 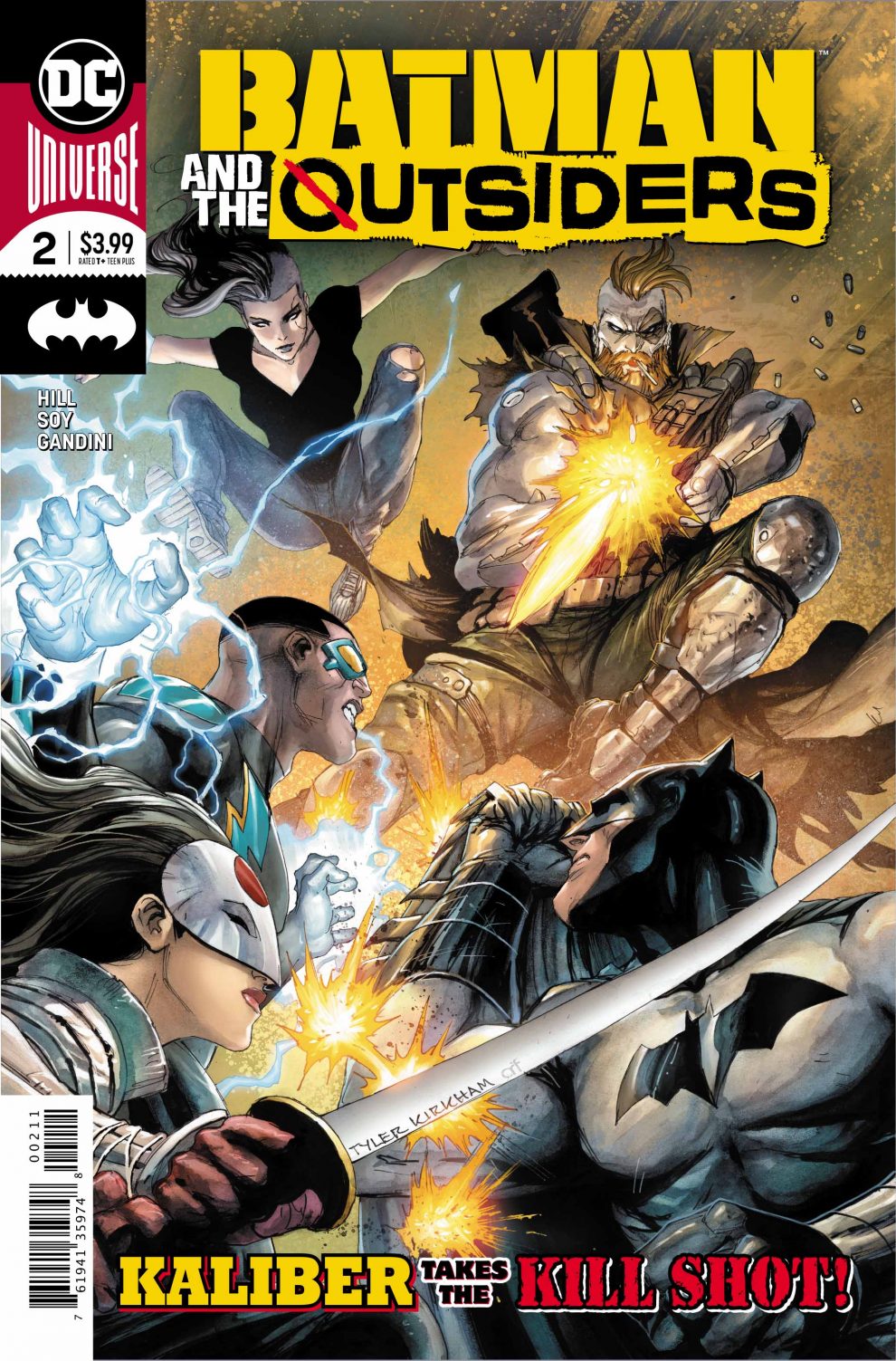 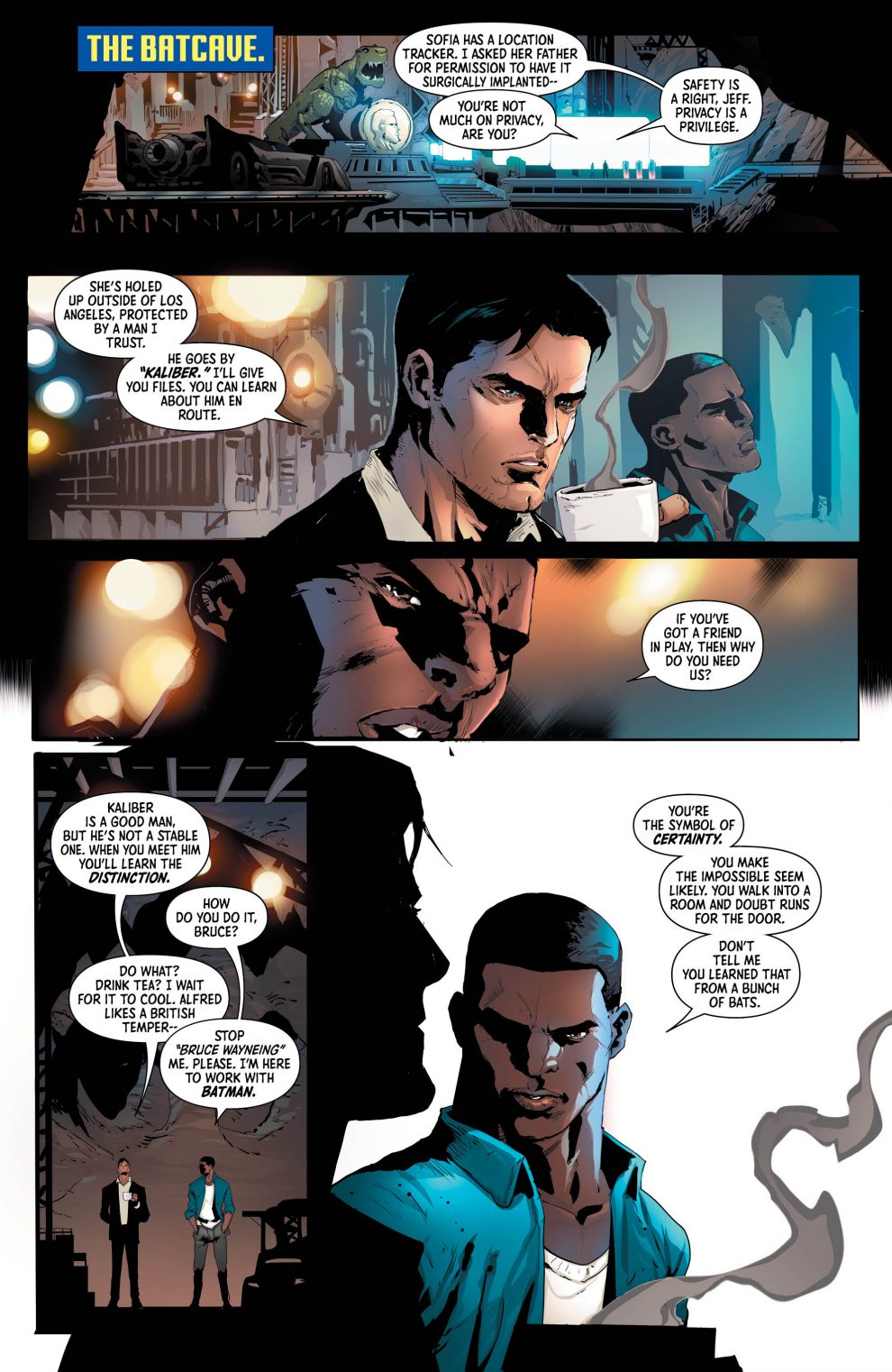 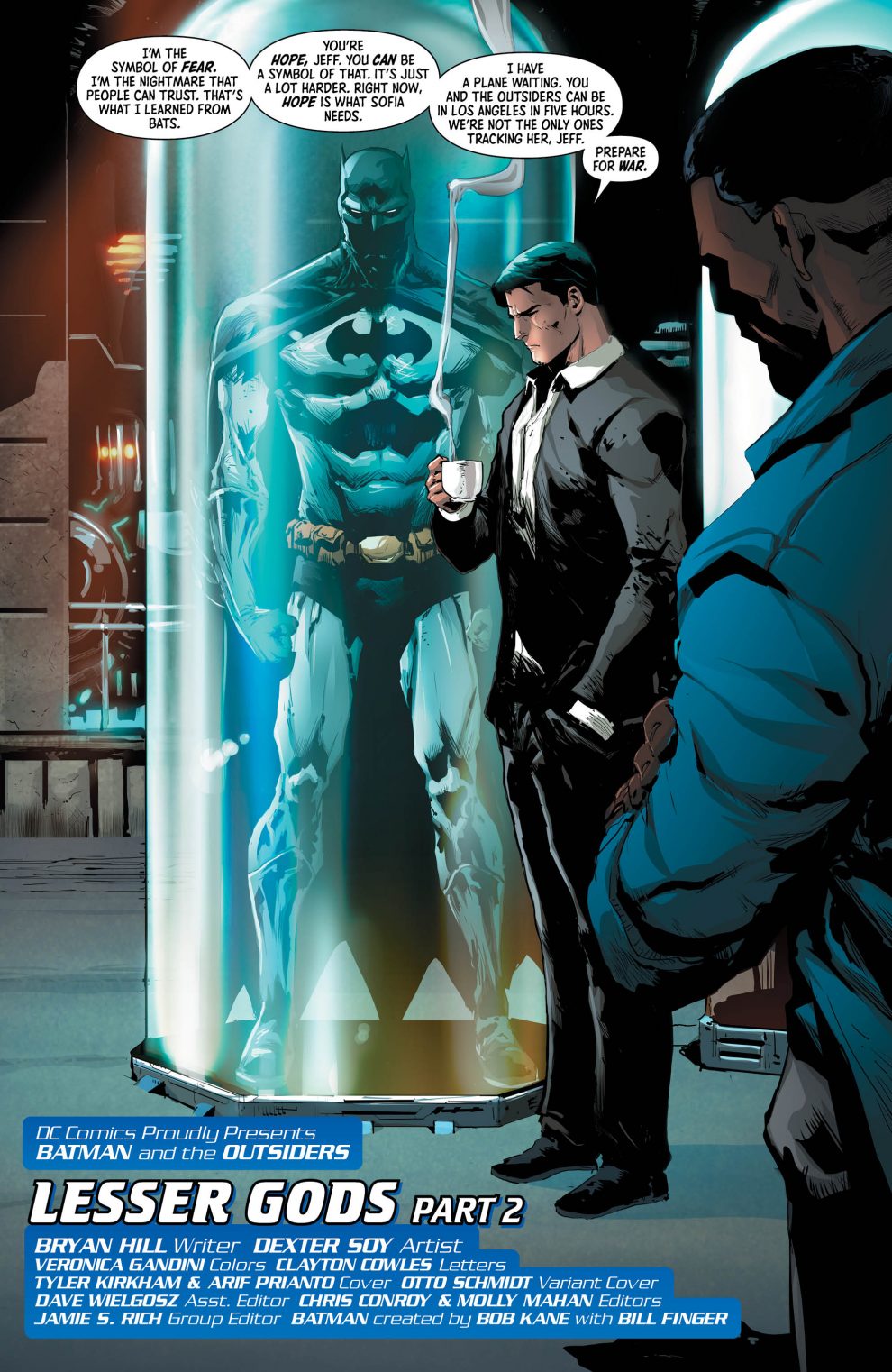 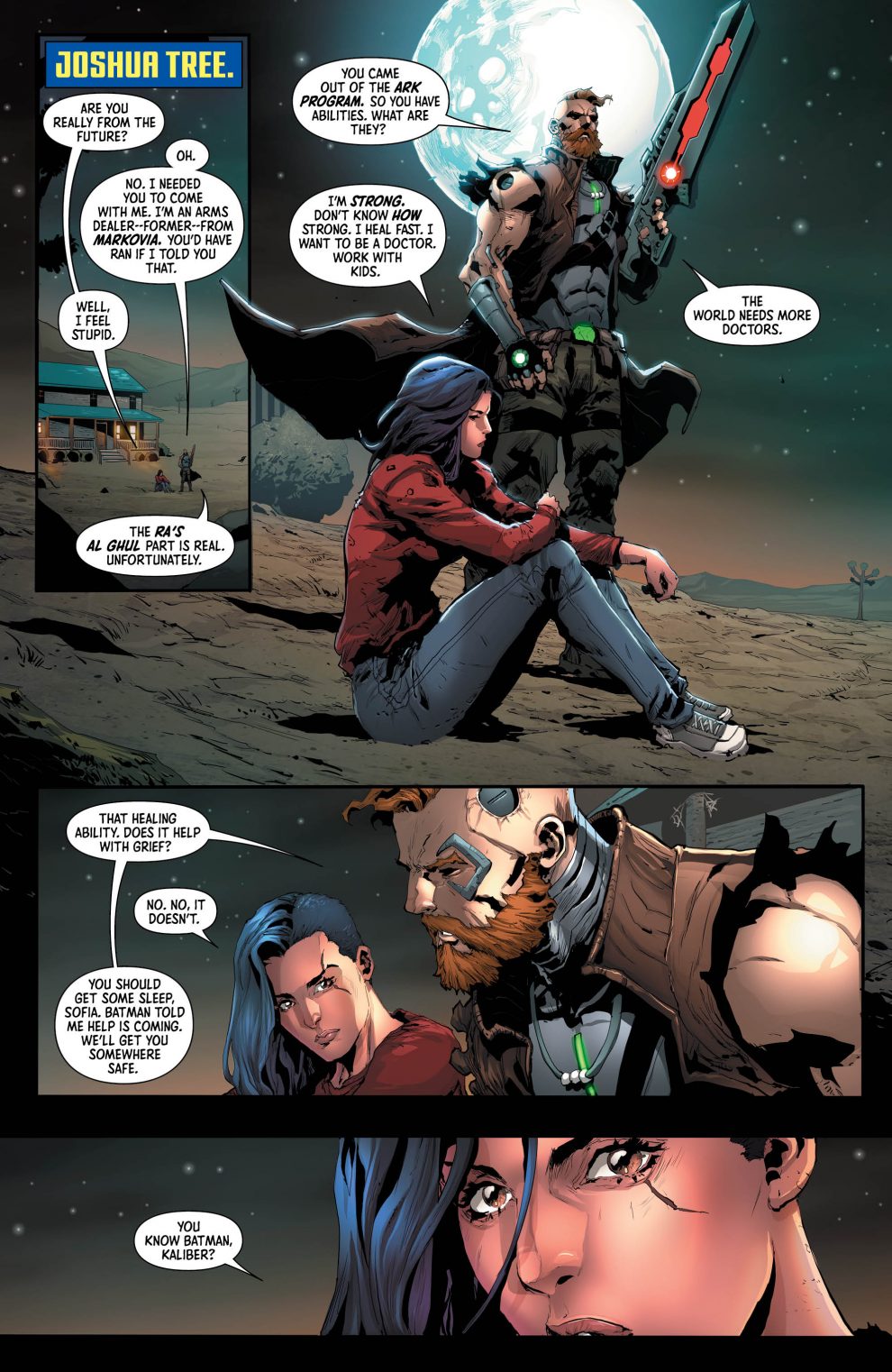 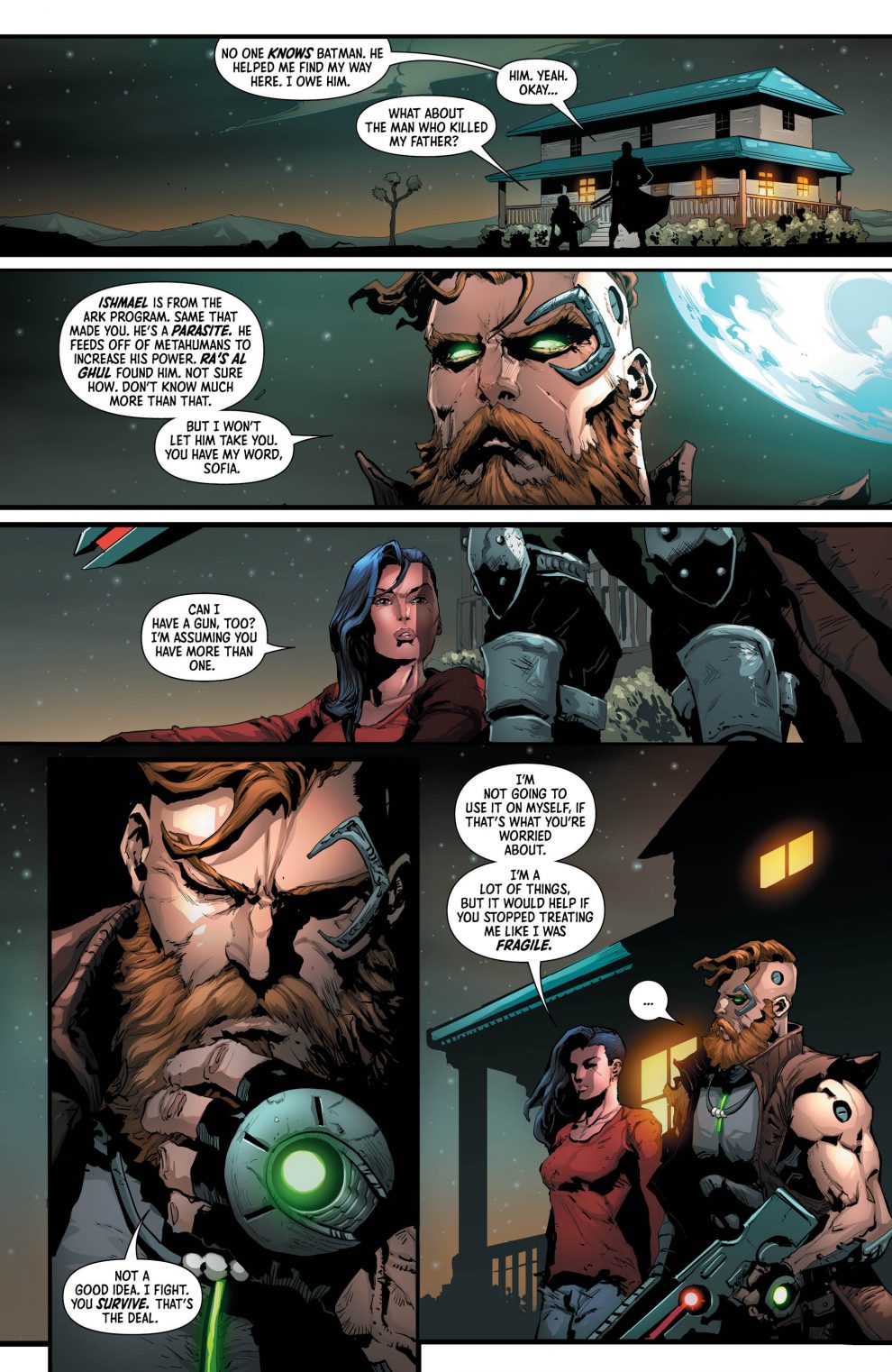 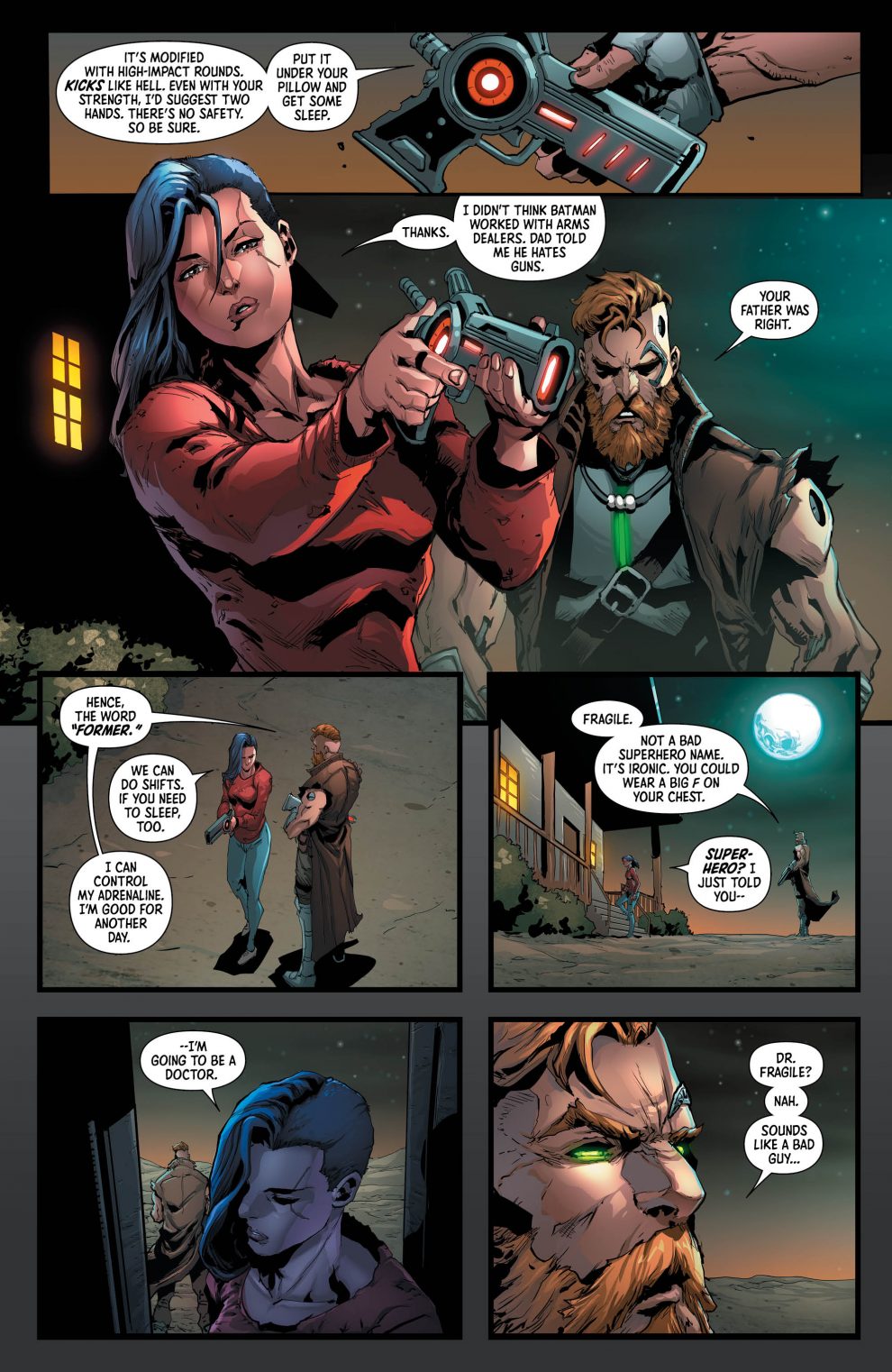 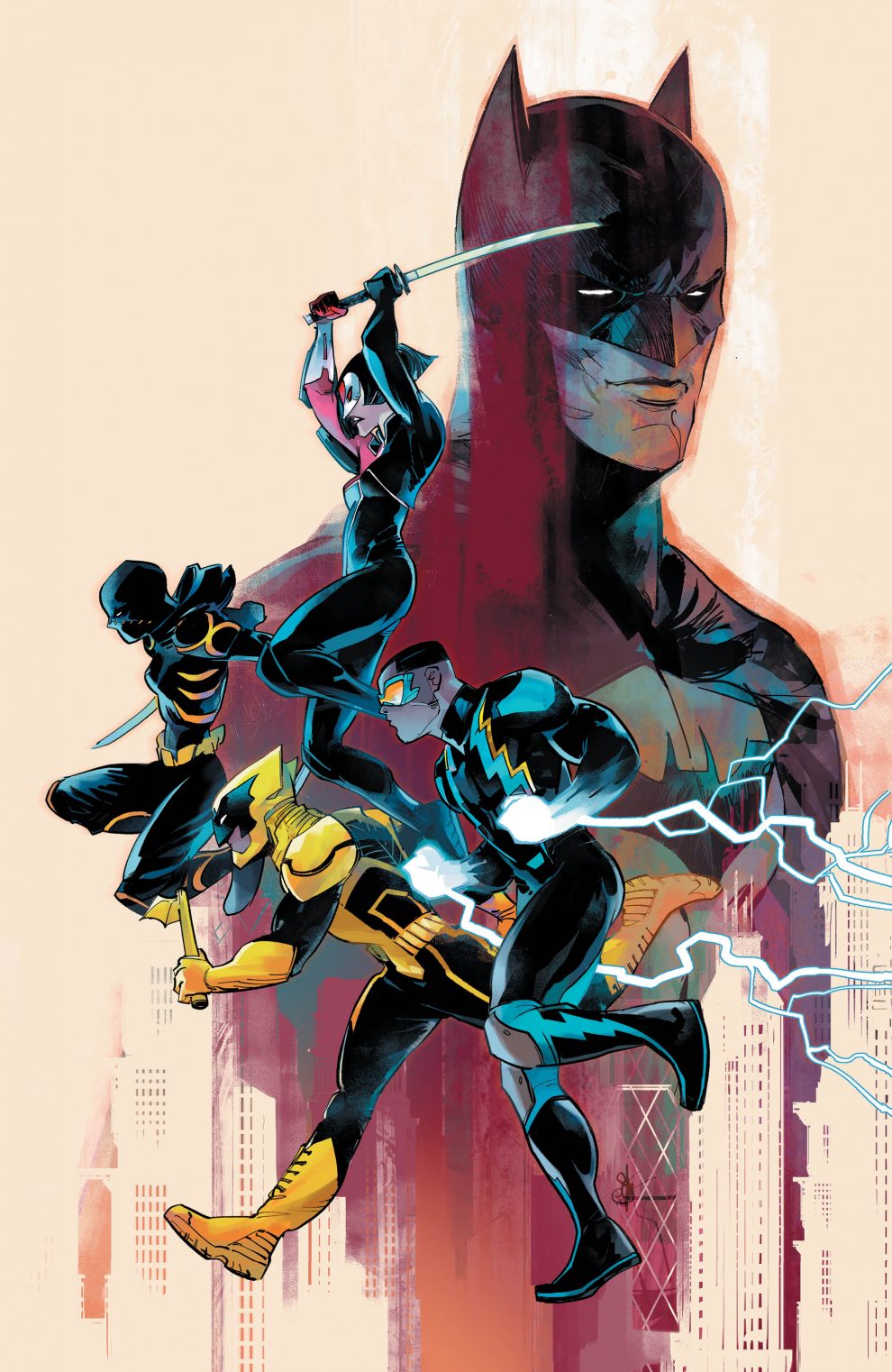 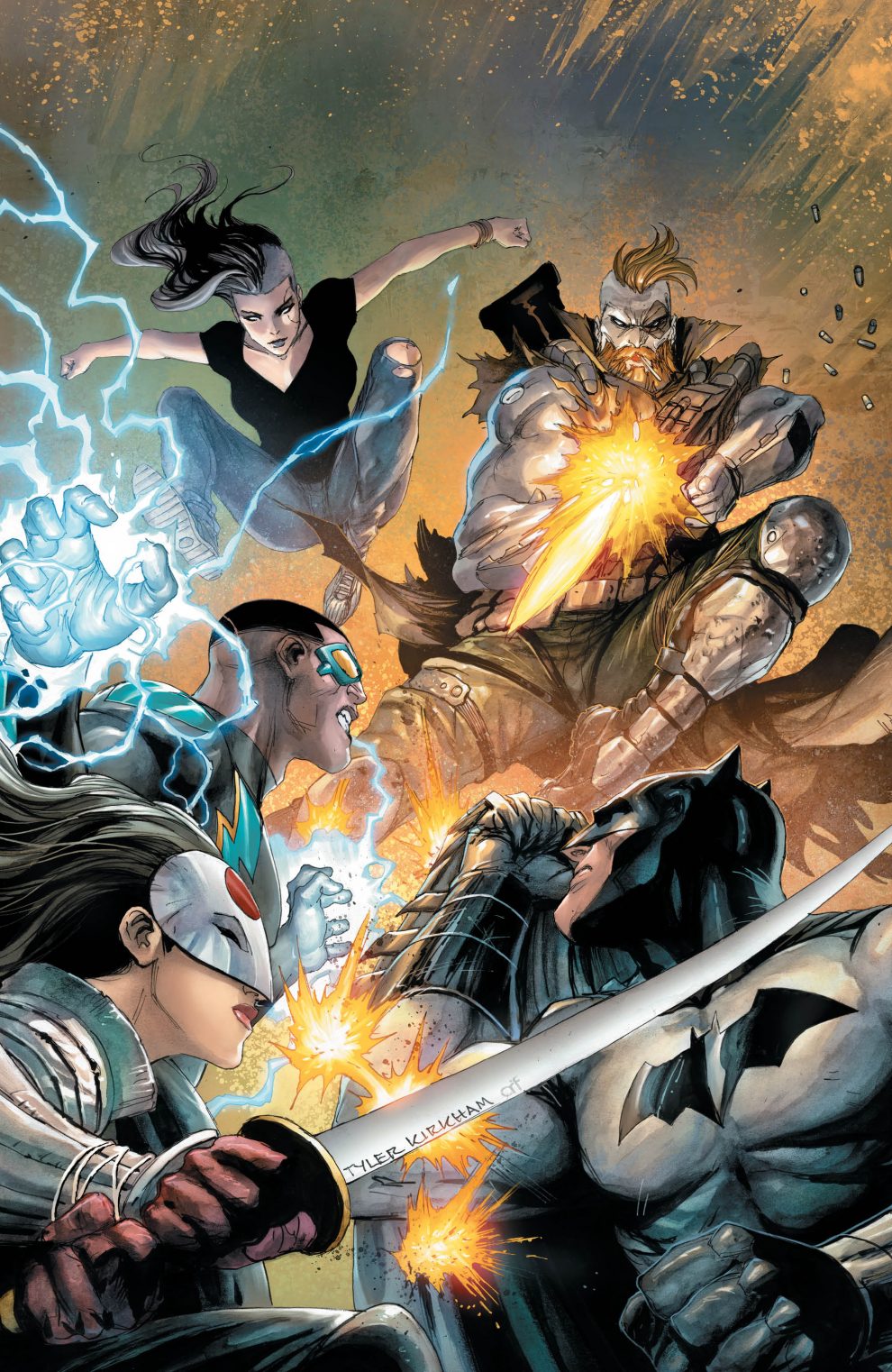 Dexter Soy, Veronica Gandini and Clayton Cowles deliver great visuals to match the Kaliber… sorry, calibre, of the writing. Soy delivers powerful action sequences, yet he also gives us brilliant acting from the entire cast of characters.  Check out the stern look on Bruce Wayne’s face, and the glare he gets from Jefferson Pierce in the opening pages. Page 10 is wonderful (buy the book). Soy manages to convey fear, thoughtfulness, determination and emotion in five superb panels. All of this is conveyed purely by his art, as there is only one word of dialogue on the entire page.

Veronica Gandini’s use of color, from the subtlest of flesh tones, to laser gun-sights, explosions and splintering wood, is phenomenal. Add in Clayton Cowles, who is clearly having a KRASSSSSHHHing time lettering this book, and we get twenty odd pages of vintage comic-book mayhem. I love it.

There are action titles, comics which are fun and books which are dark and full of psychological drama. Batman And The Outsiders #2 is one of those rare issues that manages to deliver all of the above, and then some. Super-heroics, dastardly villains, action, fear and pathos; this comic has it all. Oh… and another horrible cliffhanger. This is pure, unadulterated comics entertainment.