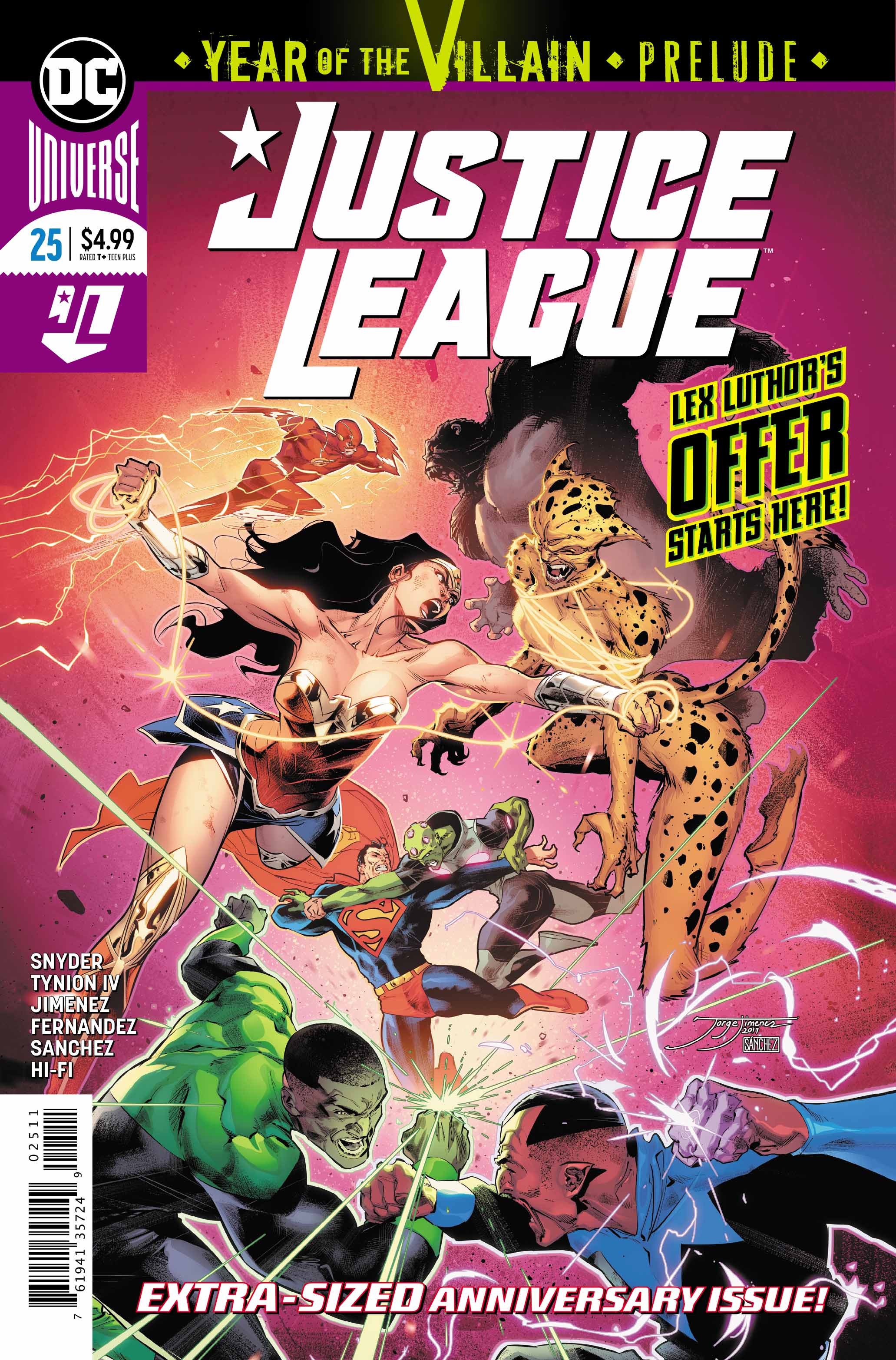 Hope prevails in this week’s Justice League #25. After teaming up with the future Legion of Doom in the previous issue, the Justice League returns to this Sixth Dimension, escaping the World Forger’s multiversal hell. Upon their arrival, the League is greeted by the Forger and his allies. One of these allies is Batman, who is sporting a giant mech suit that has the ability to transform the League into their future selves.

Justice League #25 is an anniversary issue, which contains two stories by two different creative teams. Therefore, part two of this issue sets up “The Year of the Villain” storyline. After arriving on Earth, the League discovers that the Legion of Doom has made a play for Earth. Having defeated Mr. Myxlplyx, the Legion subsequently broadcast a message to the whole planet, arguing for everyone to side with them in the coming war between Justice and Doom.

It should go without saying that Scott Snyder knows how to write Batman; however, one of the more unusual aspects of the Sixth Dimension Storyline is Batman’s characterization. Snyder and Jimenez spend quite a bit of time unpacking the Dark Knight’s dilemma in this arc: in order to save the Multiverse, Batman must kill Superman. Justice League #24 depicts a completely convinced Batman who fully buys the World Forger’s argument. He essentially kills Superman, but then double backs on his idea and allows him to live. While Snyder and Jimenez address this directly in the issue, the explanation doesn’t fully make sense. Not to mention that the League does bat an eye at Batman’s supposed betrayal. Honestly, I found the whole sequence very confusing.

On a more positive note, the transition between the two stories in the issue was seamless. Tynion’s script picks up right where Snyder and Jimenez’s finishes. Tynion’s script is fantastic. It does a great job bridging the “Year of the Villain” issue that dropped two weeks ago with the current events of Justice League. It also ends on an interesting cliffhanger, setting up the aforementioned War of Justice and Doom. 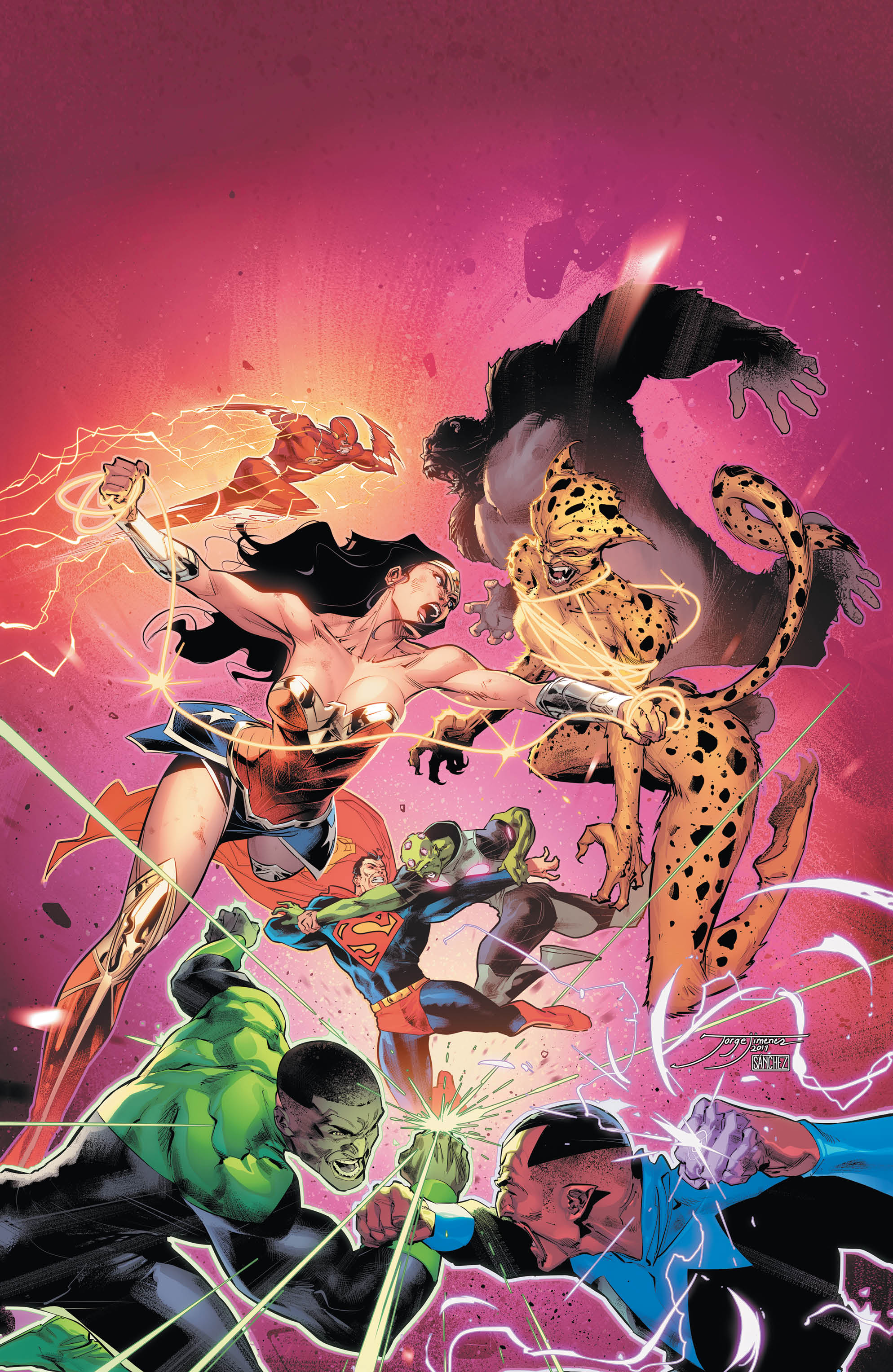 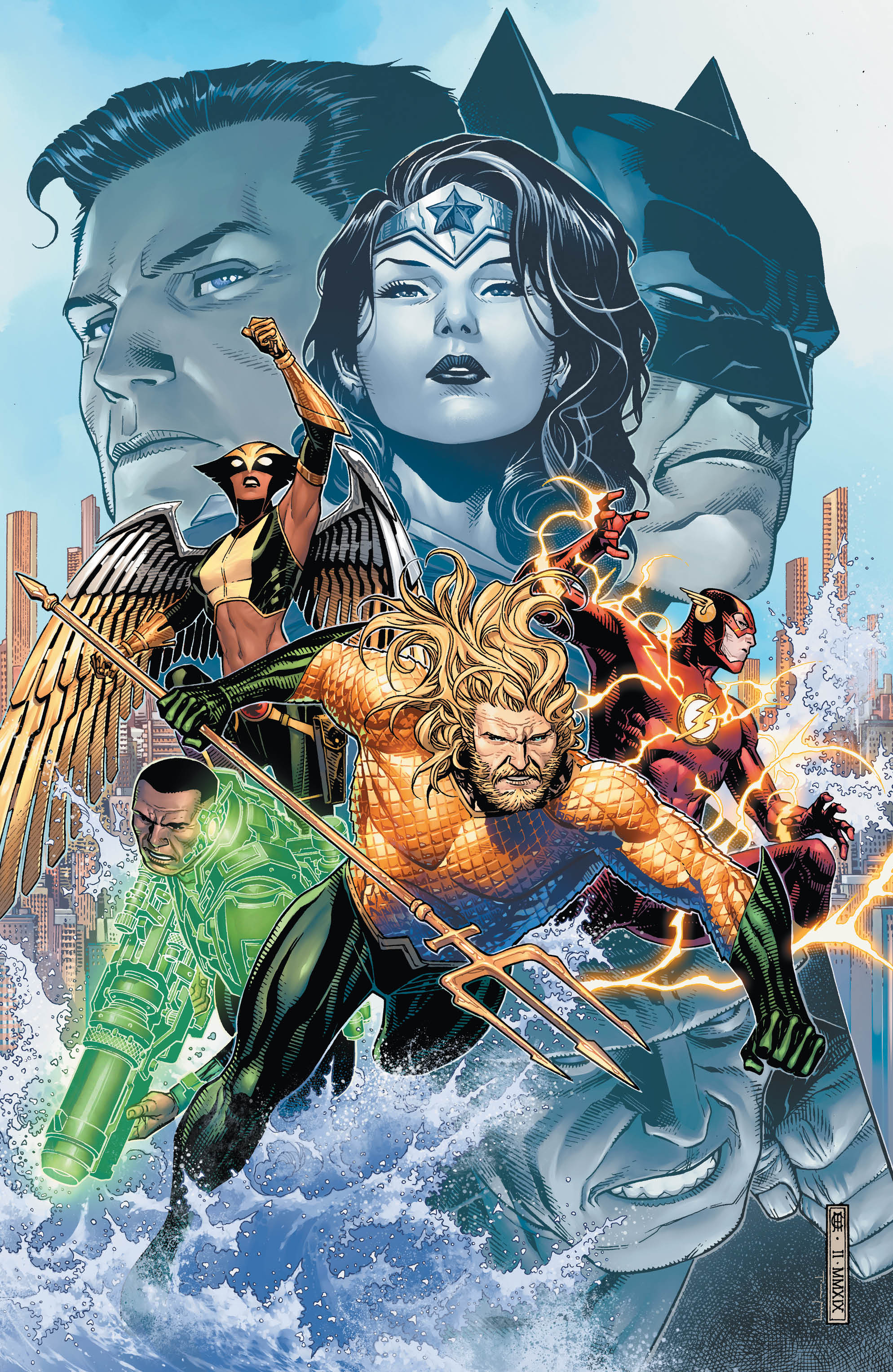 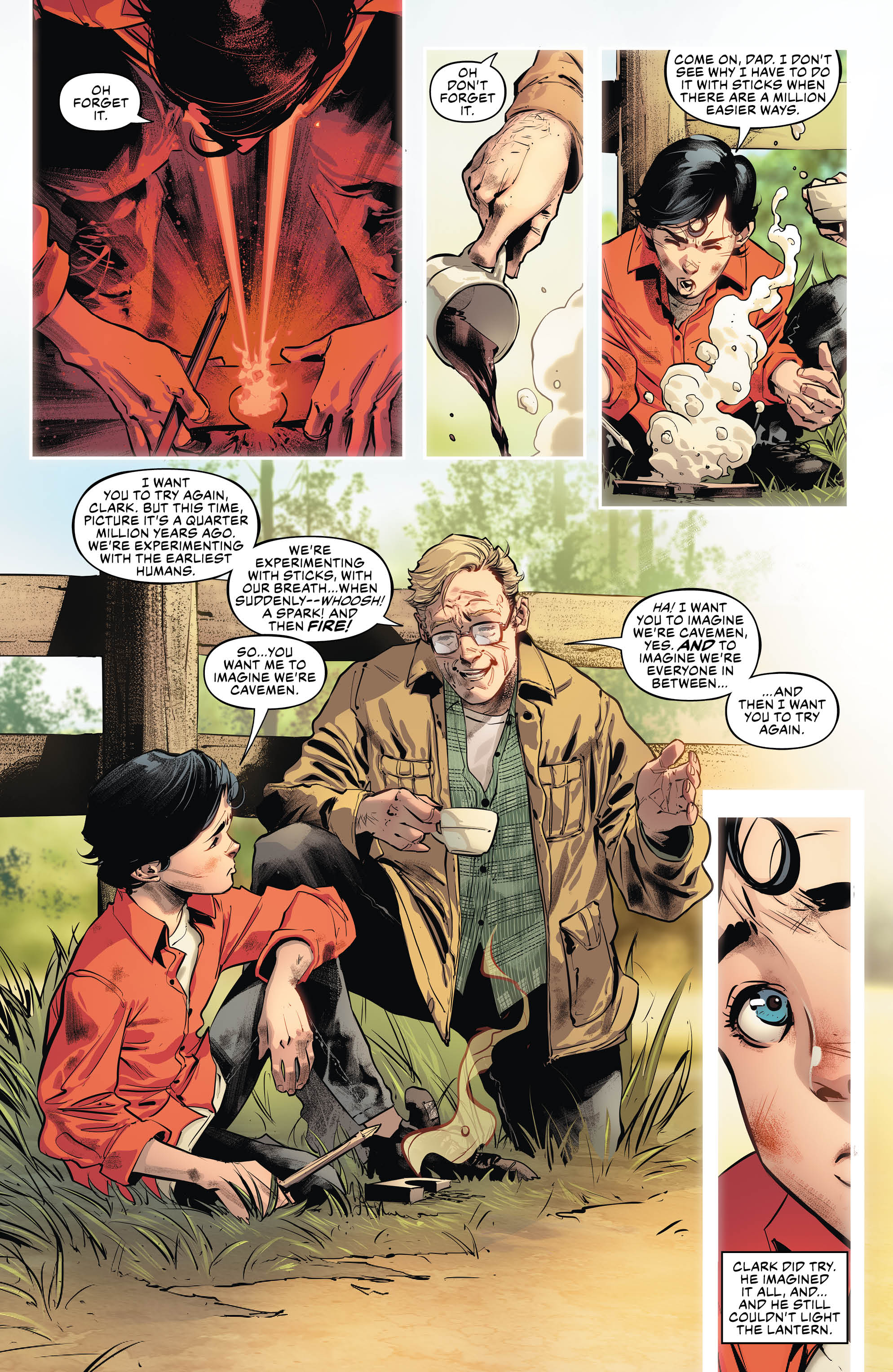 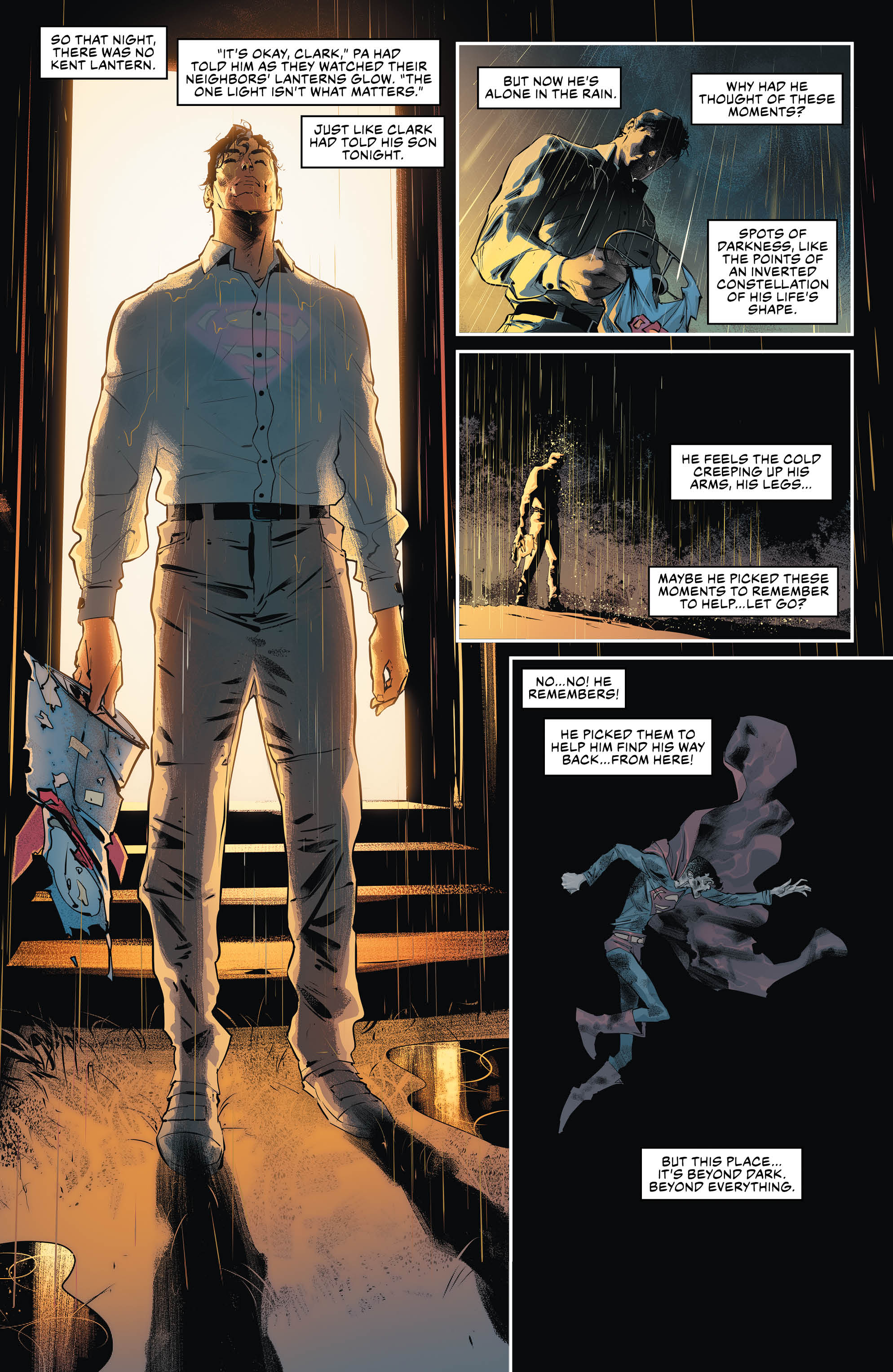 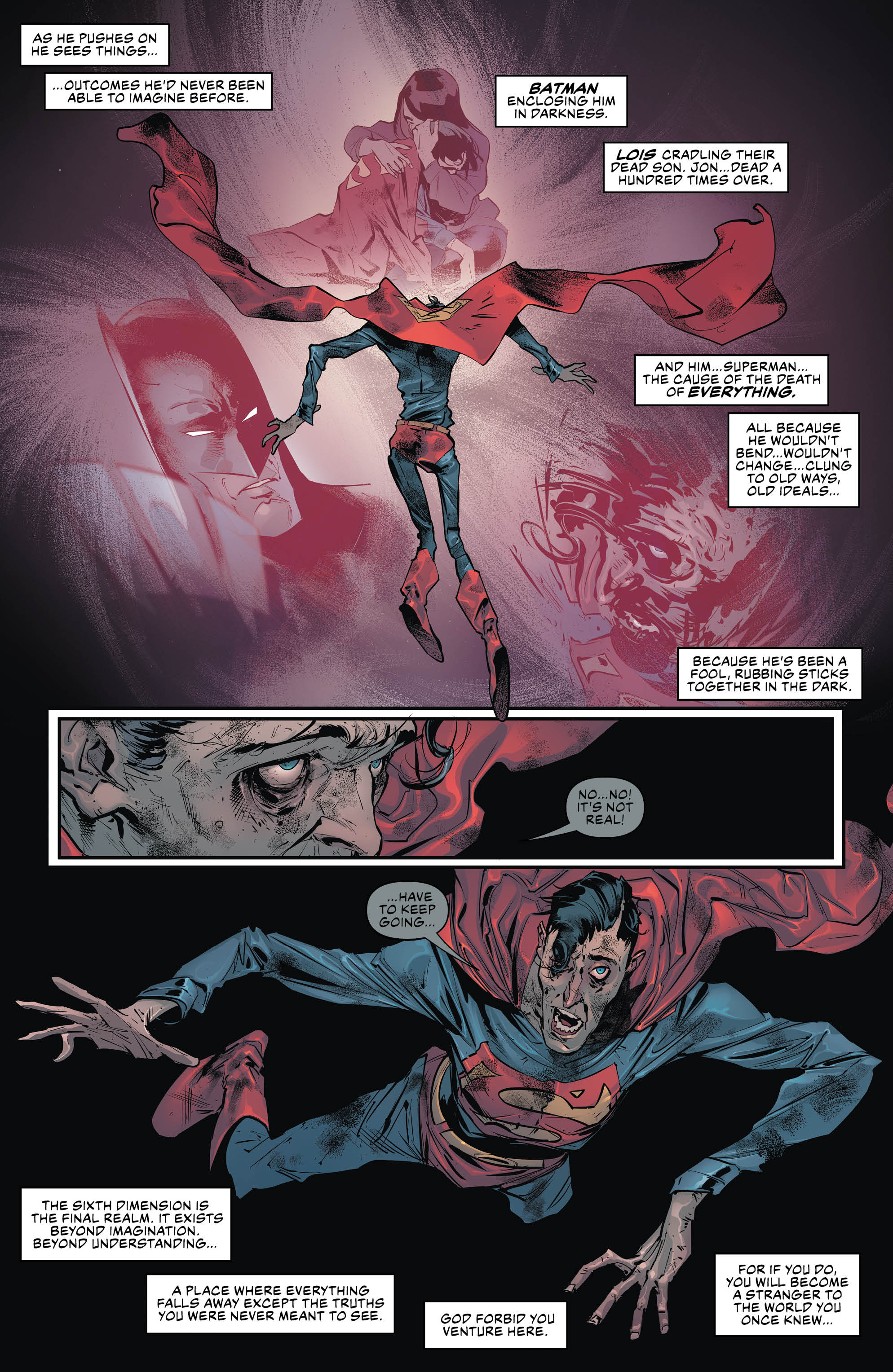 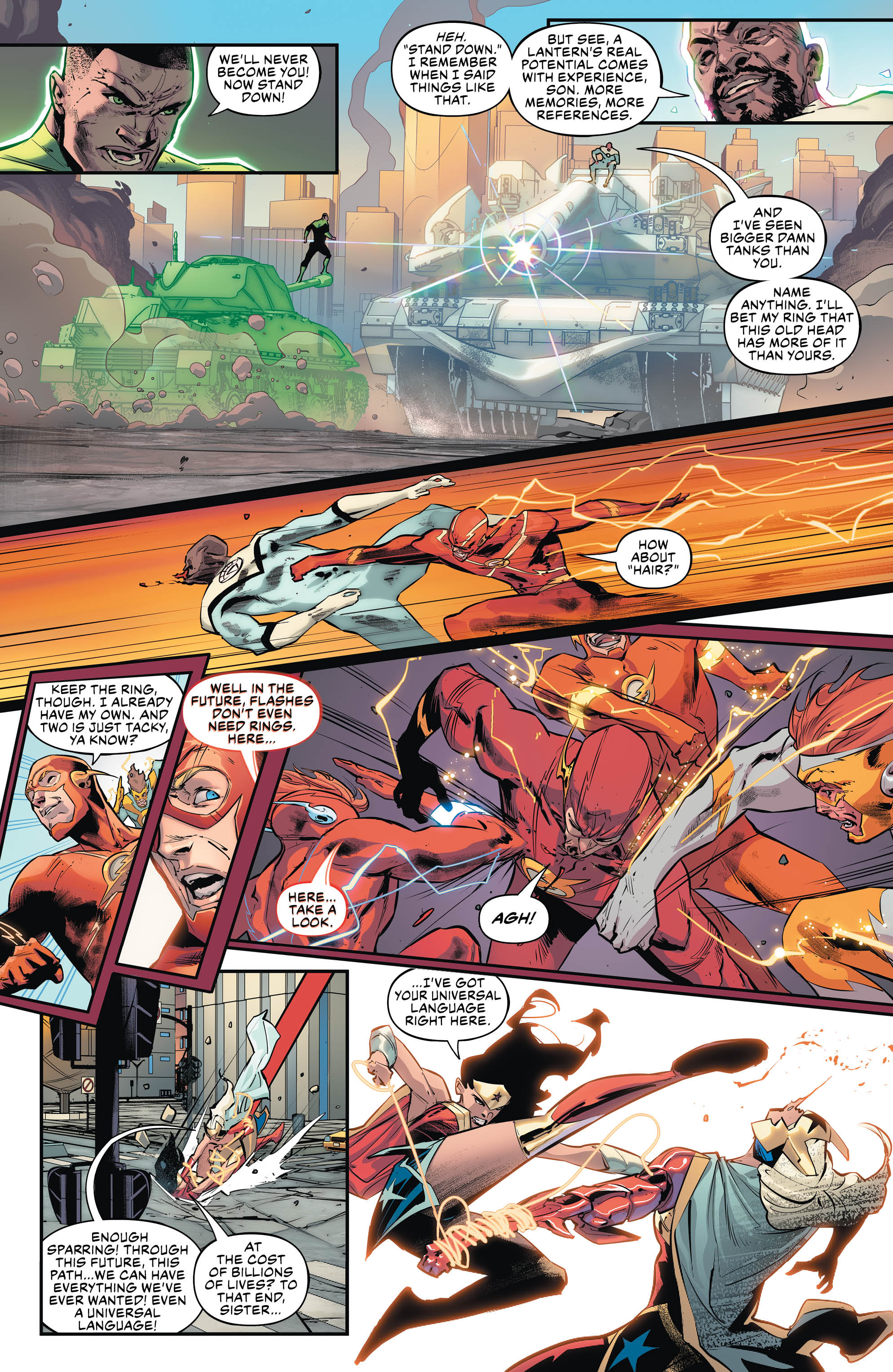 Jorge Jimenez and Javier Fernandez worked together on this issue. Jimenez finished the “Sixth Dimension” story while Fernandez drew the back up story. Although it was obvious when Jimenez handed the baton over to Fernandez, the transition worked well. Their styles are particularly compatible.

What’s particularly noteworthy is Fernandez’s work. He ends the issue with two two-page spreads that are absolutely stunning. The first focuses on the League and its different factions. The second shifts to the Legion of Doom’s headquarters where the aforementioned cliffhanger occurs. Both are masterfully executed and are indisputably some of the best artistic moments in the issue.

Justice League #25 is a peculiar issue. It is both an ending and a beginning. Readers are given closure only to have it snatched away.  While the ending of the “Sixth Dimension” storyline didn’t completely stick for me, due to Batman’s bizarre behavior, the second part of the issue overshadows its earlier faults. Overall, it’s a very good comic. It’s obvious that Justice League has become the spine of DC’s line. The book is building to something big. If you aren’t reading it, you probably should start soon. Final verdict: buy this one.