Fathom have unveiled the announcement poster for the re-release of the original Batman movies in theaters. 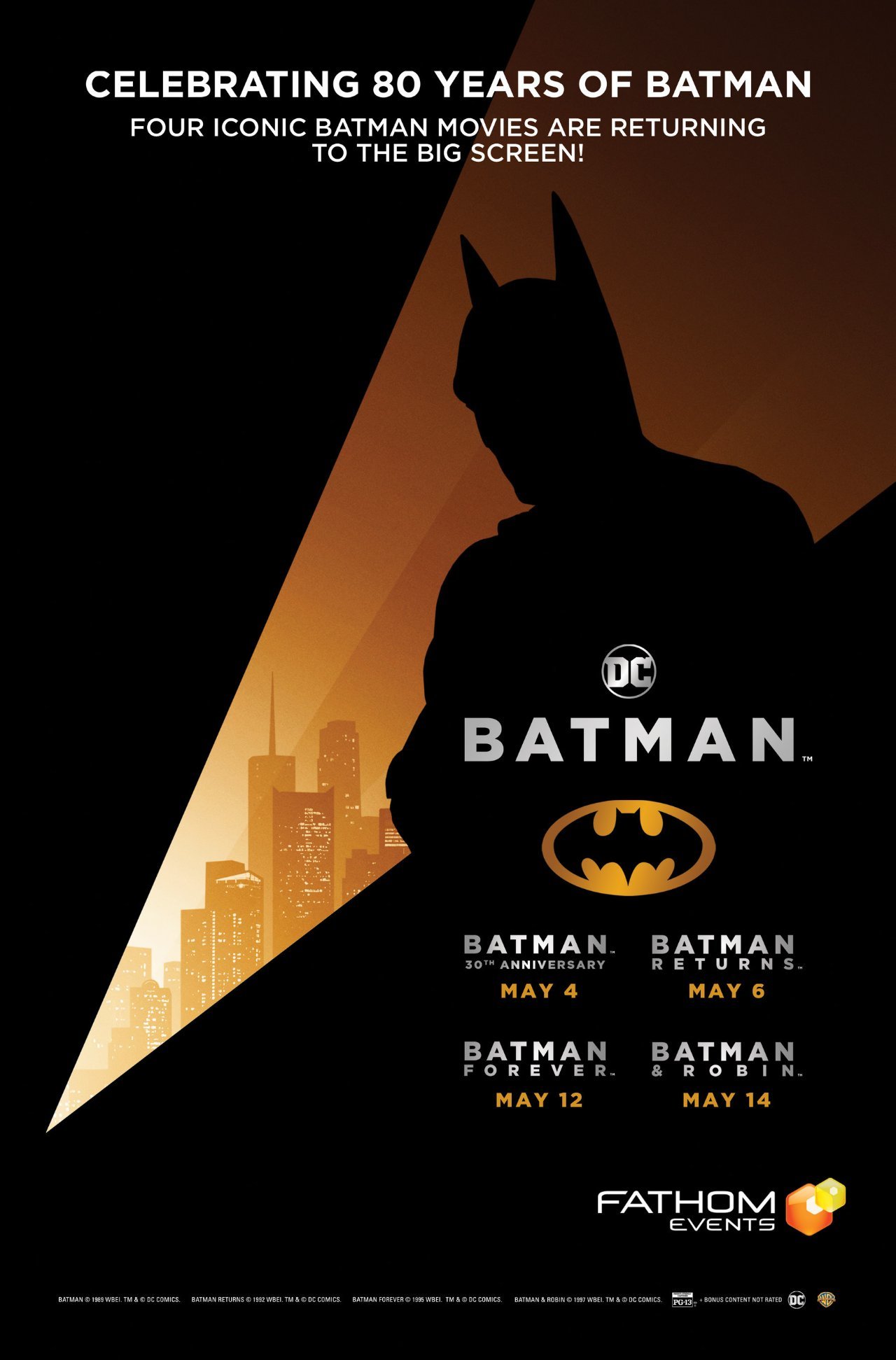 The poster unveiling came soon after the news that Fathom Events will re-release the original Batman movies. The poster features a simplistic style design. A spotlight shines on Gotham City, while illuminating Batman’s silhouette.

The announcement dates for the Tim Burton and Joel Schumacher Batman films are as follows: Batman will be shown May 4th, Batman Returns on May 6th, Batman Forever on May 12th, and Batman & Robin on May 14th.

The cycle of Batman films that began with Tim Burton’s big-screen classic thirty years ago this summer is an amazing group of movies that helped usher in an exciting new era of film-making. We’re honored Warner Bros. has turned to Fathom Events to celebrate the 80th anniversary of Batman with these iconic superhero films.

No comments were made about Batman & Robin’s iconic Bat-nipples.

You can buy tickets for the film screenings here.

If you can only catch one film, and don’t trust your personal judgement, check out Dark Knight News’ rankings of all the Bat-flicks here.

DC Debuts ‘Under the Moon: A Catwoman Tale’ Trailer