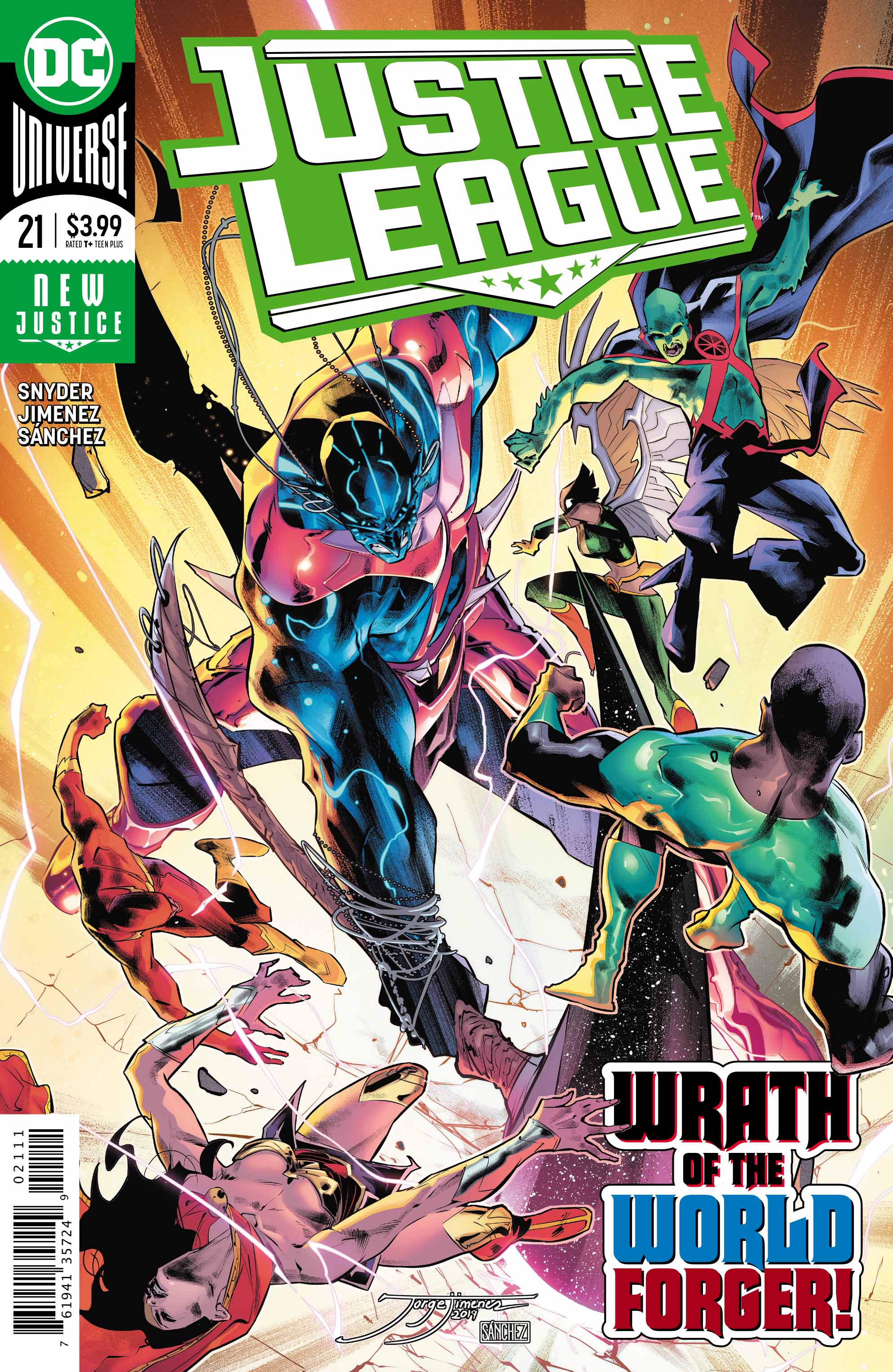 The lunacy continues in this week’s bizarrely fantastic Justice League #21, as the League uncovers the secrets of the Sixth Dimension.

The Multiverse is dying due to a hole in the source wall. The Legion of Doom has both the Totality and Perpetua. Mr. Mxyzptlk, the magical Fifth Dimensional Imp, has gone berserk and is slowly erasing reality while the majority of the Justice League is trapped in the Sixth Dimension. Oh! And it turns out that the World Forger wants to condemn all of his enemies to his newly minted multiversal Hell. Yeah –  Justice League #21 is insane.

In an attempt to save the Multiverse from the Legion of Doom, the Justice League traveled to the Sixth Dimension: a cosmic control room where the Multiverse was designed and set in motion. While Superman was transported to a barren wasteland, the rest of the League found paradise: a prosperous and peaceful future.  They meet their future selves, an older Justice League that governs this utopia. However, Justice League #21 also reveals the origins and cost of this paradise.

Future Superman is actually the World Forger in disguise. As the third son of Perpetua (the others being the Monitor and Anti-Monitor), World Forger is responsible for crafting Multiverses in the DC Omniverse. He wants to replace the current DC Multiverse with the aforementioned paradise; however, the only way to accomplish is goal would be to preemptively capture everyone who would stand in opposition. These individuals would then be condemned to a hell-like multiversal prison forever. Unsurprisingly, the Justice League has a few moral qualms with the World Forger’s plan.

Scott Snyder and Jorge Jimenez once again share writing credits, which is most definitely a good thing. As this arc continues, the zaniness escalates from issue to issue. At times Justice League #21 reads like the best parts of a drug-addled rant by a couple of comic book aficionados – and that is by no means an insult. This story is creative, and while its concepts are high, both Snyder and Jimenez do a great job unpacking these ideas within the framework of conflict. This dramatic tension between the League and the World Forger is palpable and thereby serves a conduit for some Multiversal world building. 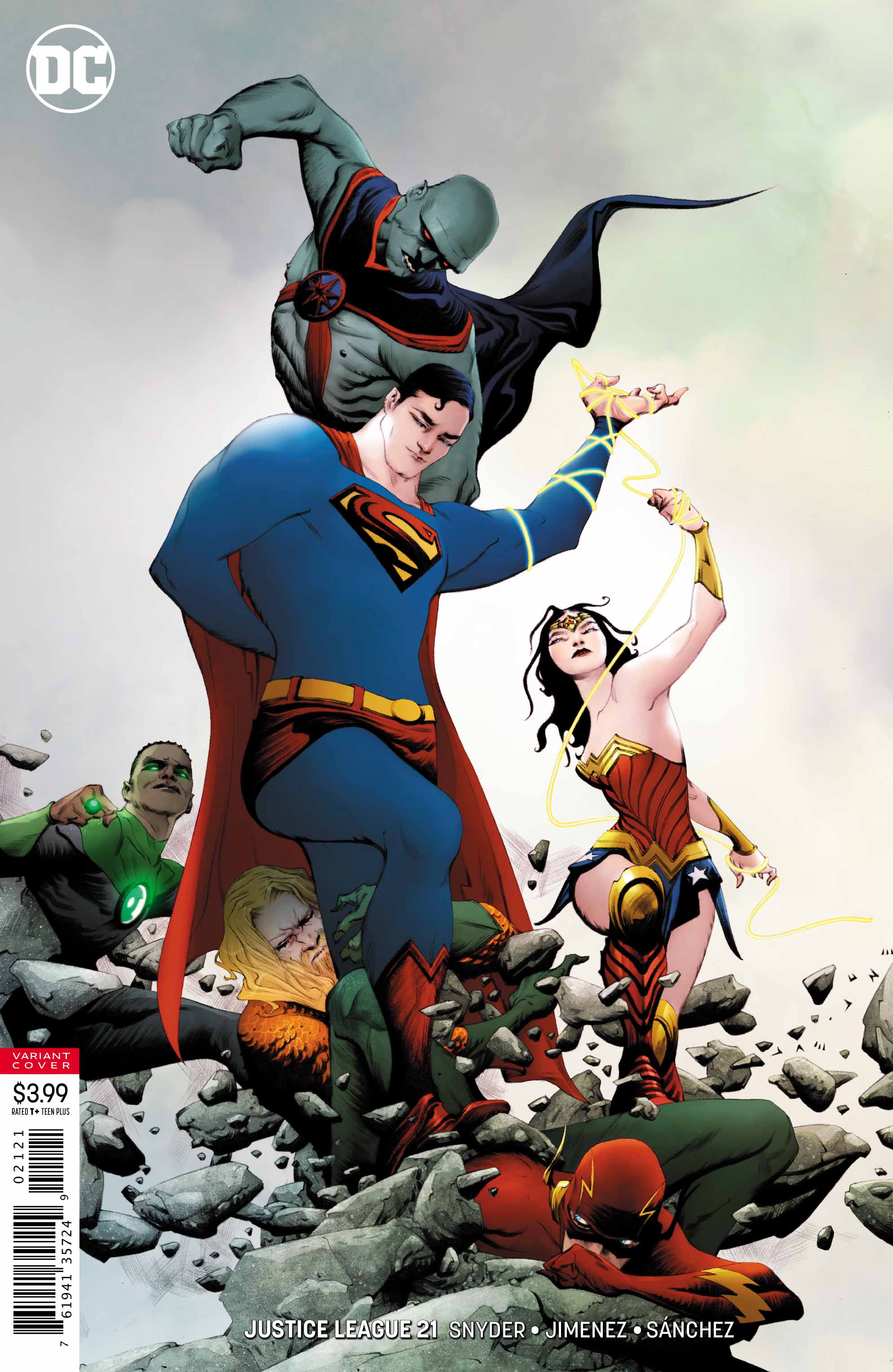 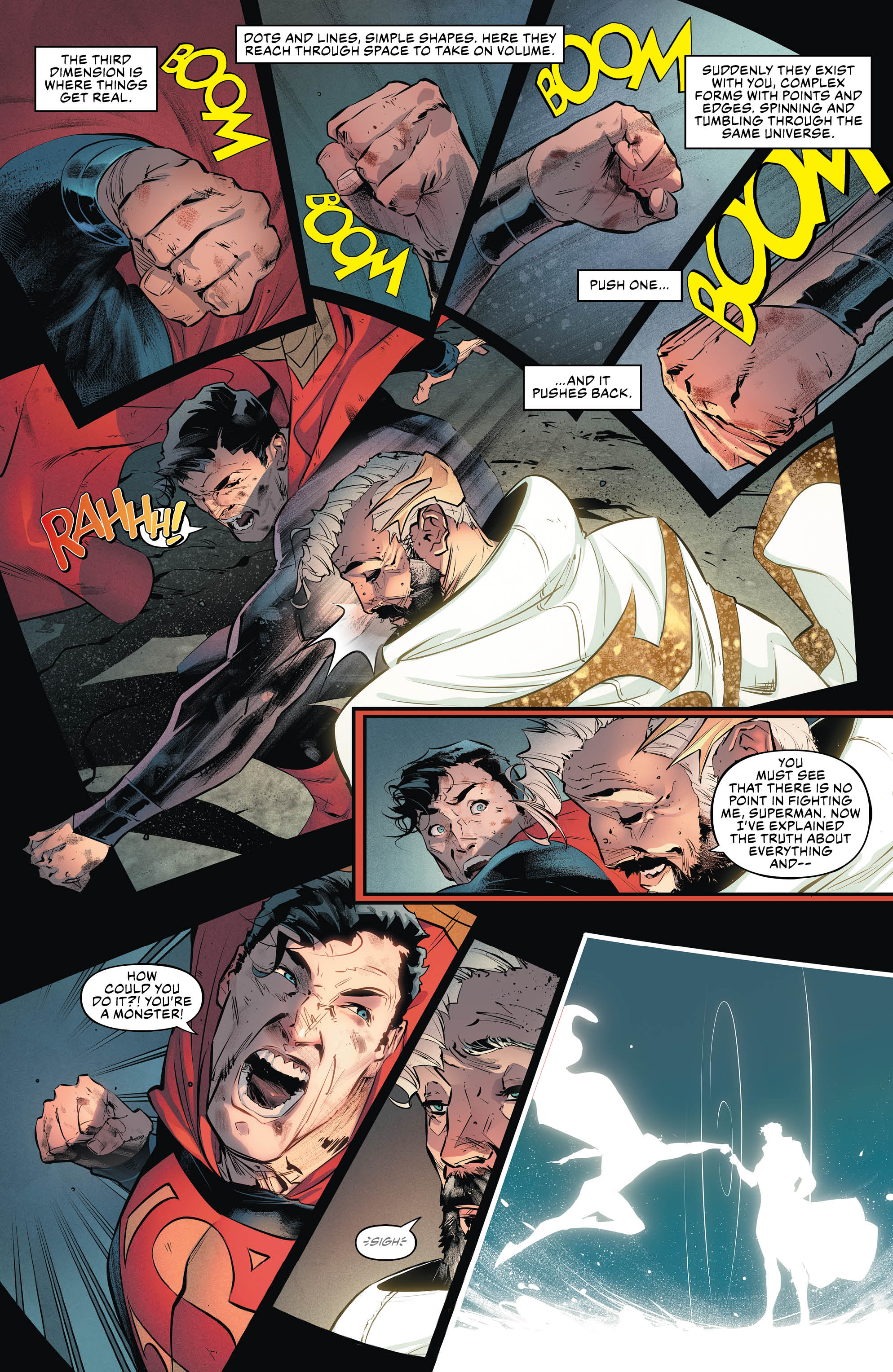 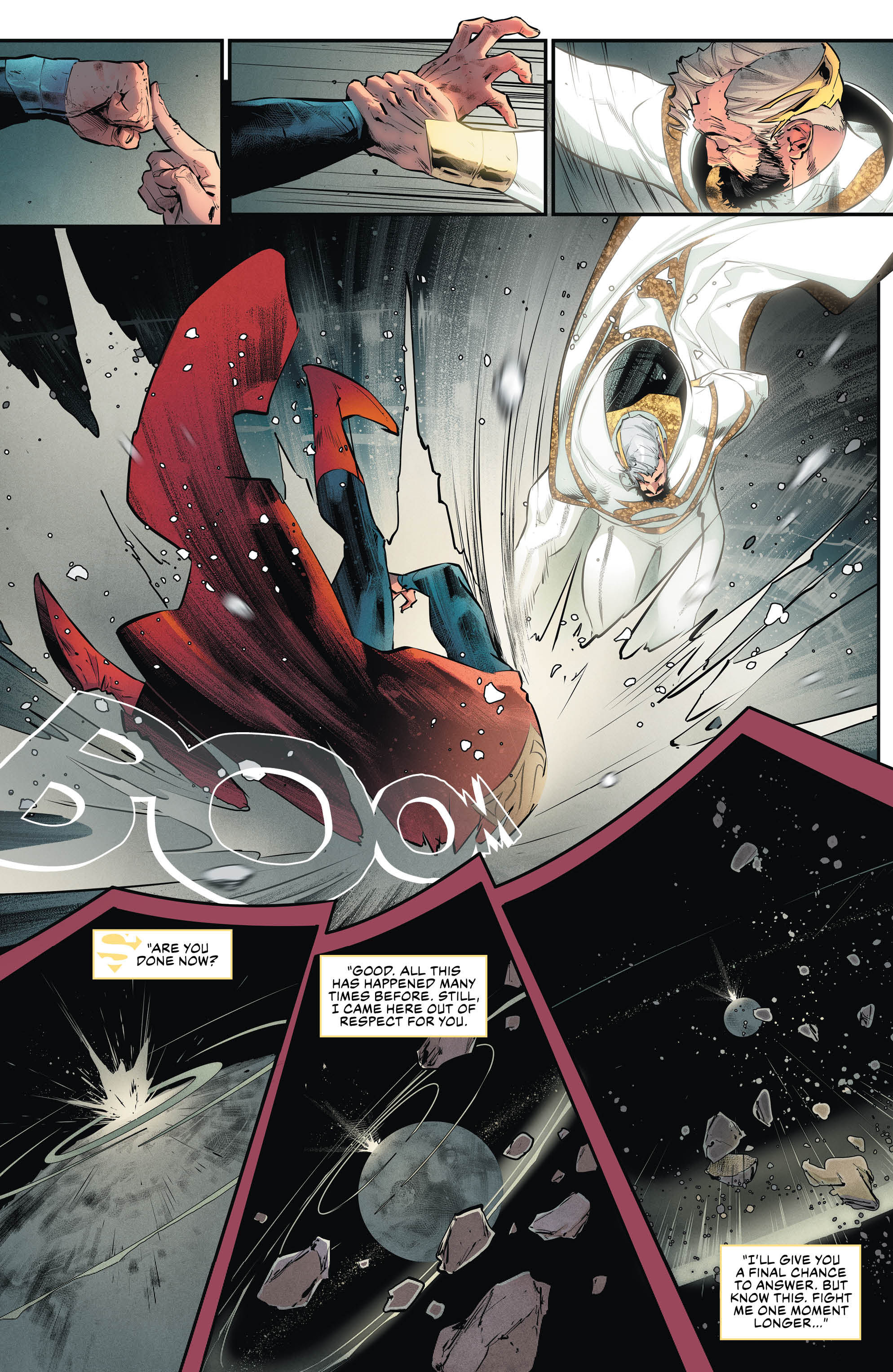 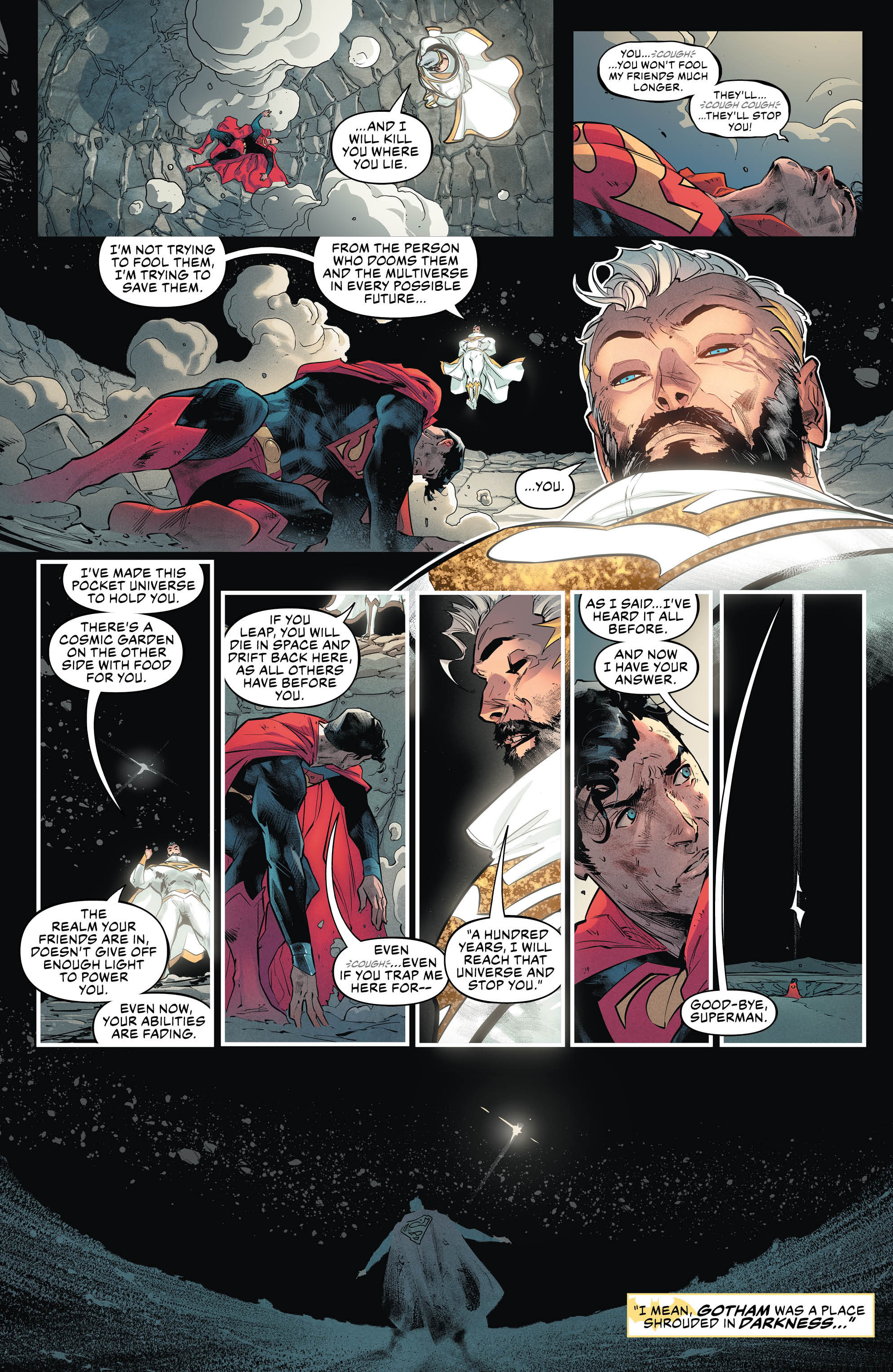 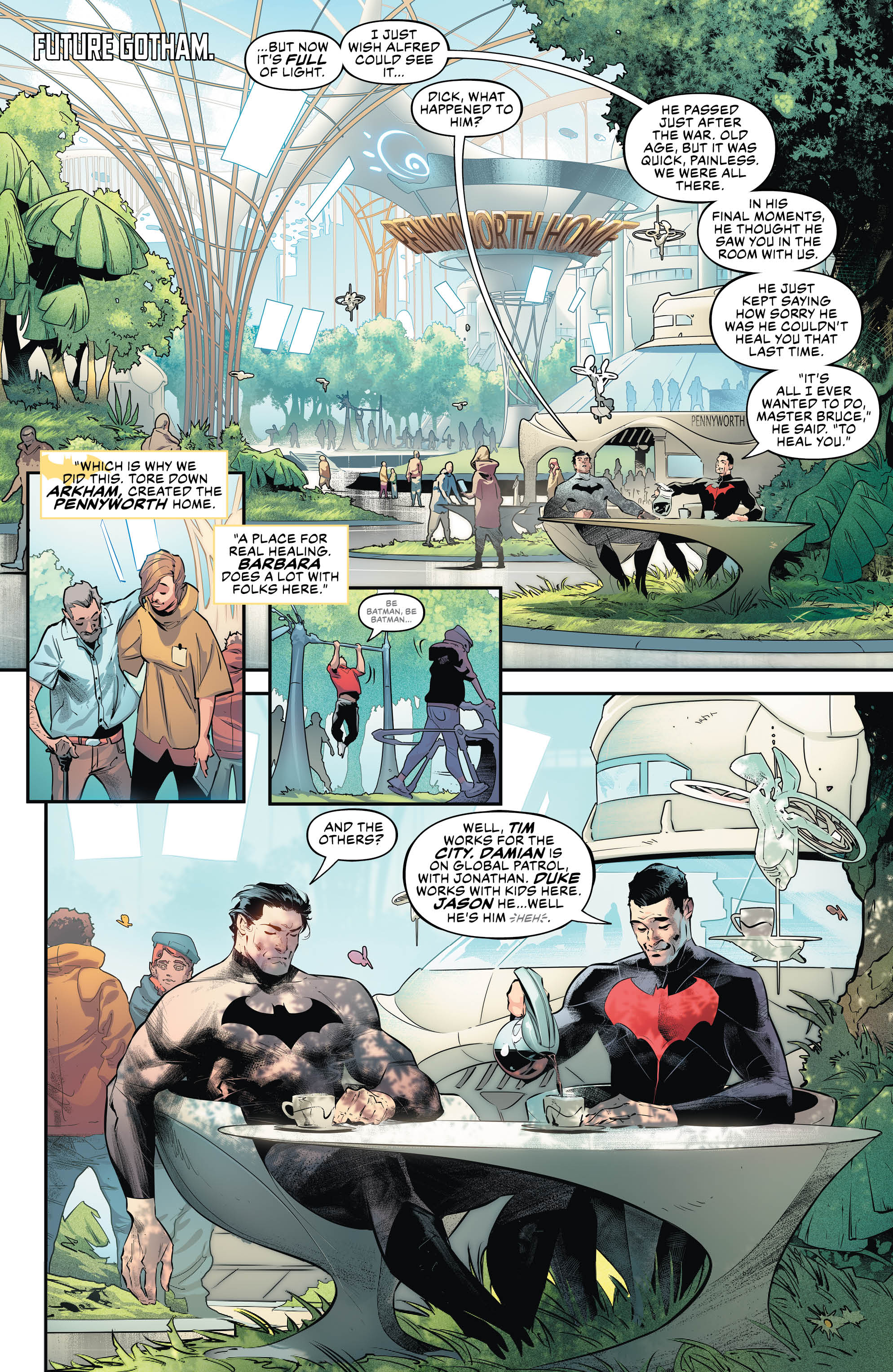 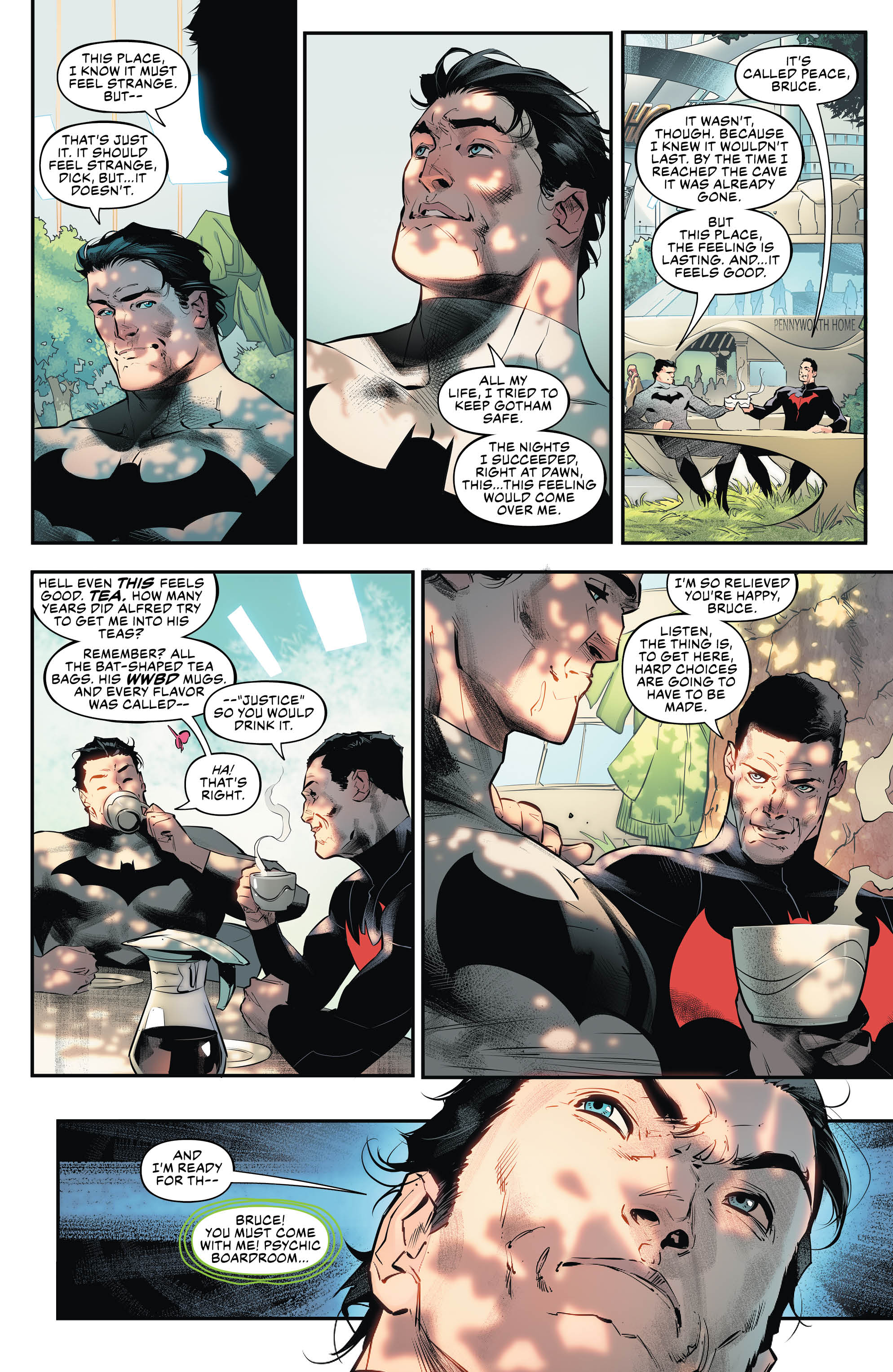 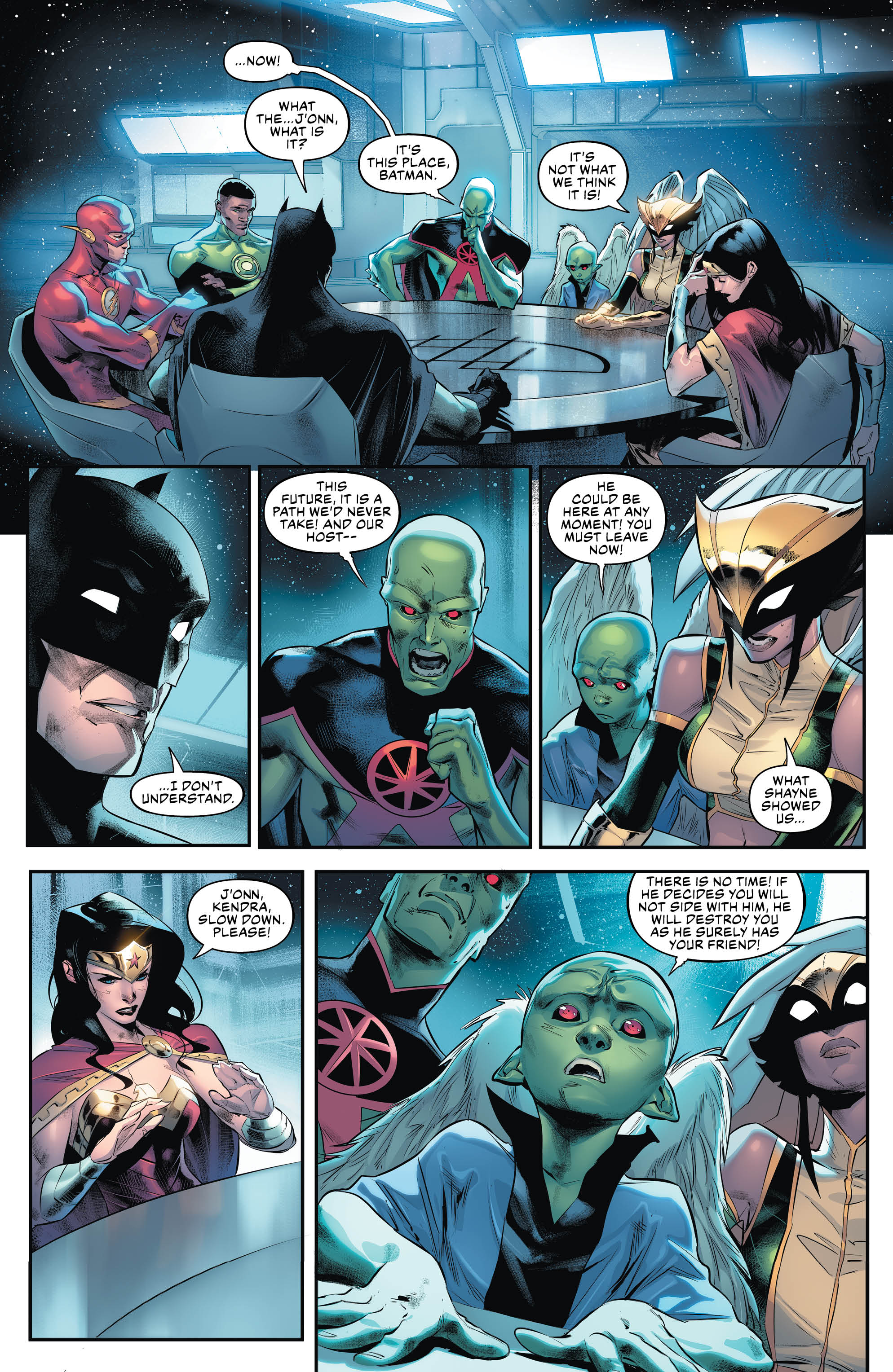 Jorge Jimenez is a genius. One of the best moments of this issue is when the narrative shifts for a few panels to check in on Mera, Starman, and Mr. Mxyzptlk. As previously mentioned Mxyzptlk lost his mind and grew to a height of  approximately 1,200 ft, while rampaging through Metropolis. Mera and Starman hurl Jarro towards the imp who reports that Mxyzptlk is on the verge of “Unimagining” reality. This sequence is brilliantly drawn, culminating with Jimenez drawing a pencil that is slowly erasing the page. While some might argue that such a “Meta” trick is gimmicky, this sequence works brilliantly within the context of the issue and arc. “The Sixth Dimension” is about the nature of reality, so Jimenez’s large, cosmic pencil becomes a metaphor for his own, as he draws the construction and destruction of these heroes’ world.

Justice League #21 succeeds on so many levels. It’s both entertaining and thought-provoking. Amidst the cosmological meta-fictional bombast, there’s an incredibly human story, exploring the morality of justice. Couched in quasi-religious terms, the World Forger’s paradise and prison are possible analogs for both heaven and hell. Such binaries force the League to question the nature of Justice and the role it will play in the events to come.  Justice League #21 is a borderline perfect issue that couples creativity and amusement with a well-crafted narrative. It’s by far the best issue in this arc so far. Verdict: if you aren’t reading “The Sixth Dimension”, you’re missing out.