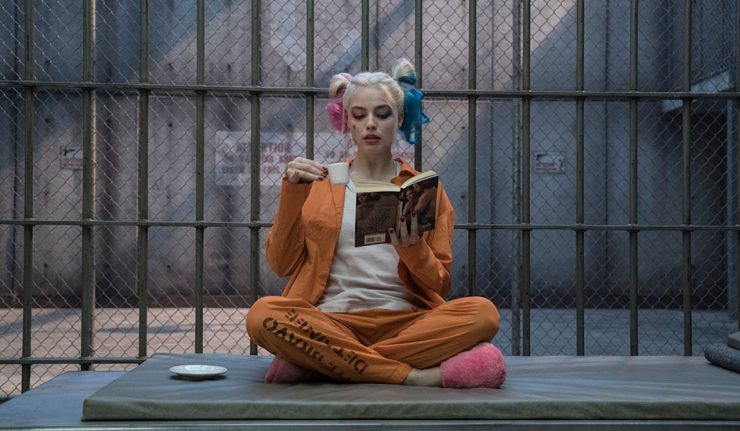 Harley Quinn is a character who was once most known for having a relationship with The Joker. This was evident in 2016’s Suicide Squad, in which Margot Robbie plays the anti-heroine.

Robbie is set to return as Quinn in James Gunn’s The Suicide Squad. Before that however, Harley Quinn will be making an appearance in the upcoming Birds Of Prey production. While there hasn’t been much news to come out about this movie at the moment, some set photos have been released recently.

In the photos, we see Harley Quinn being kicked out by The Joker. The pair famously split in the comics. After years of abuse, Harley finally called it quits. Hopefully that’s what we’re going to get in the film too.

NEW set pics of the Joker kicking Harley out of the house in #BirdsOfPrey. pic.twitter.com/LgEayvTPzS

As you can see from the pictures in the link above, Harley is no longer donning her iconic outfit from Suicide Squad. Will this film be happening before, or after the events of Harley’s previous appearance? Who’s to say? I can only say one thing for certain, that I for one am definitely excited for the new film. I love the Birds of Prey, and am highly anticipating any news that comes out about the film.