Gotham has officially shown their version of the Joker in a new promo video and picture. The new TV spot hypes Gotham’s final two episodes. The promo starts off with a haunting rendition of “I’m So Pretty” from West Side Story inter-spliced with an image of a scarred Jerome. Beyond that, we see a pretty clear image of Cameron Monaghan’s Joker. Even more exciting, there is a flash of a Batarang!

A hi-res image accompanied the TV spot, giving fans the clearest look at the Clown Prince of Crime. As one can see, this is pretty much the same as the previously-released images. 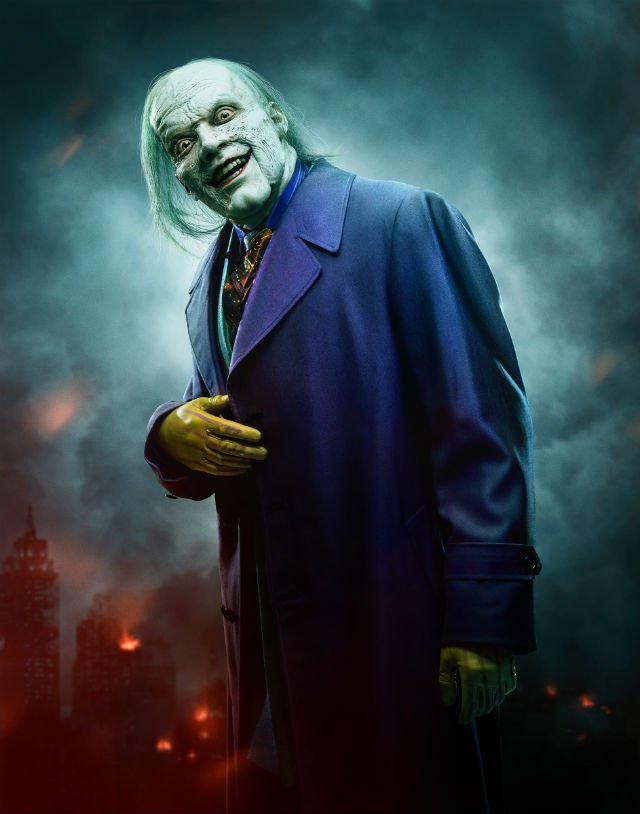 It appears that Gotham combined the Joker’s traditional chemical dip origin with Heath Ledger’s white paint look. All in all, it is a pretty clever way to synthesize different interpretations of the Joker.