The team of Scott Snyder and Capullo are back again. At WonderCon this weekend, DC unleashed their first look at Batman: Last Knight on Earth. The title will be released on DC’s Black Label imprint.

Black Label was introduced last year with Brian Azzarello and Lee Bermejo’s Batman: Damned and the collected version of Sean G. Murphy’s Batman: White Knight. The imprint focuses on printing standalone content meant for more mature audiences. Just thinking about Snyder and Capullo being given that type of free rein is making me all sorts of giddy.

Here’s a quick synopsis provided by DC for the upcoming title:

The legendary team of Scott Snyder and Greg Capullo join forces once again for their FINAL BATMAN STORY in Batman: Last Knight on Earth from DC Black Label. This 3-part saga will take the Dark Knight on a quest across the devastated landscape featuring a massive cast of familiar faces from the DC universe. As he tries to piece together the mystery of his past, he must unravel the cause of this terrible future and track down the unspeakable force that destroyed the world.

The sneak peek includes a few pages of full art. Be aware that these pages are not in sequence and do not have dialogue, but at least they gives us a chance to marvel at Capullo’s pencils, Jonathan Glapion’s inks, and FCO’s colors. 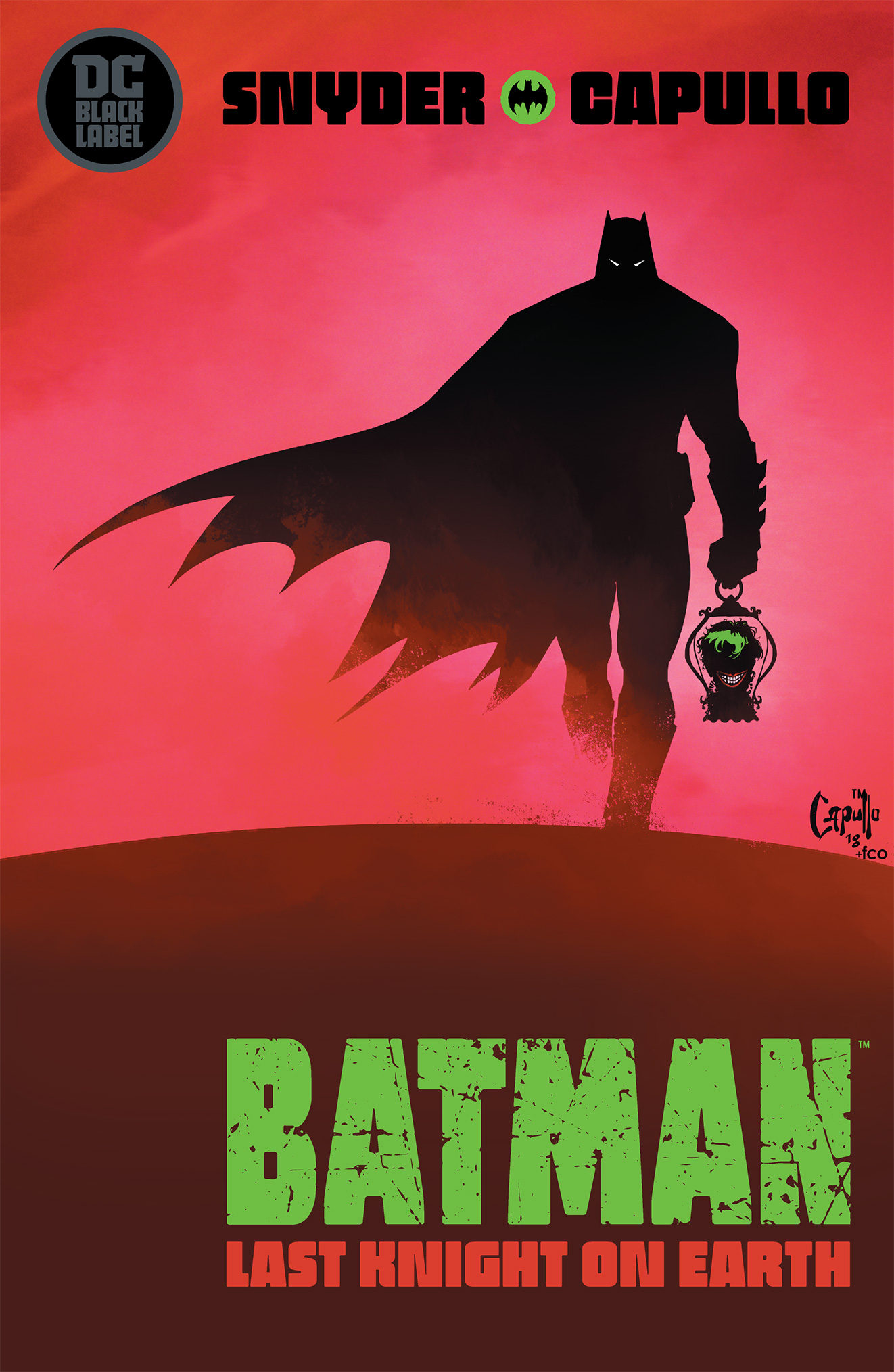 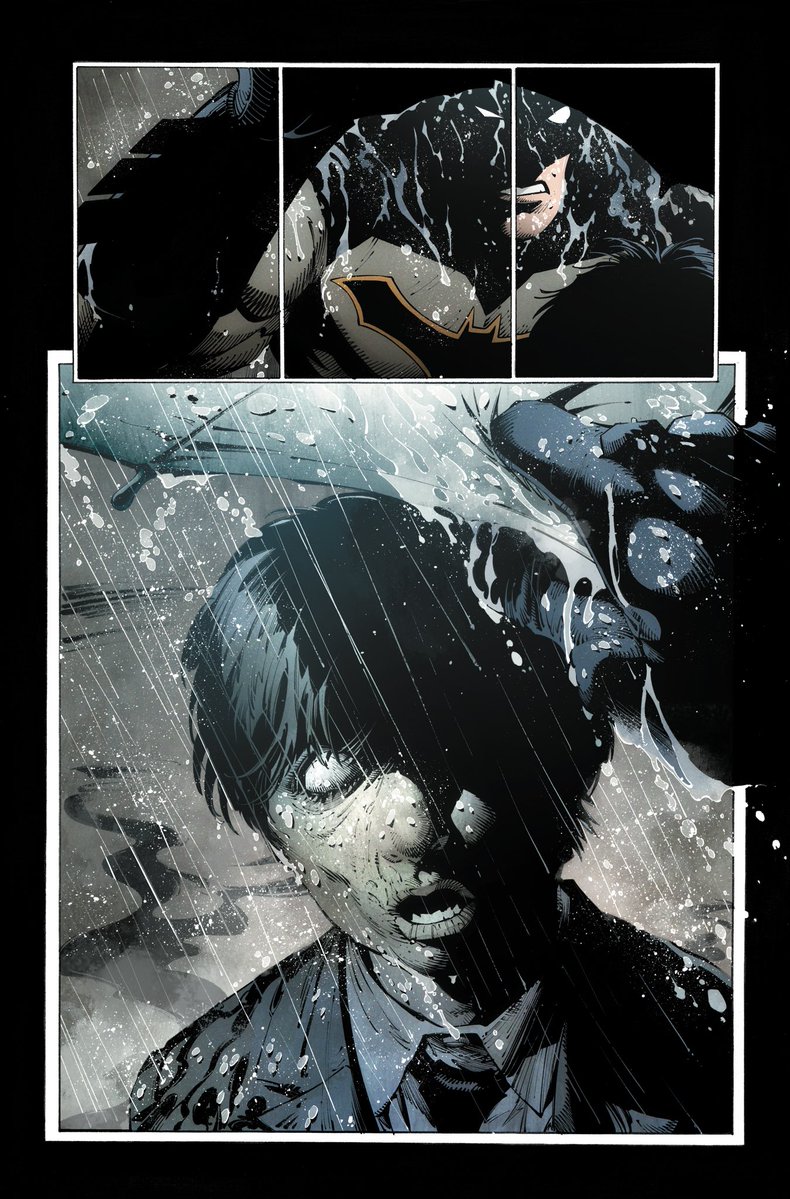 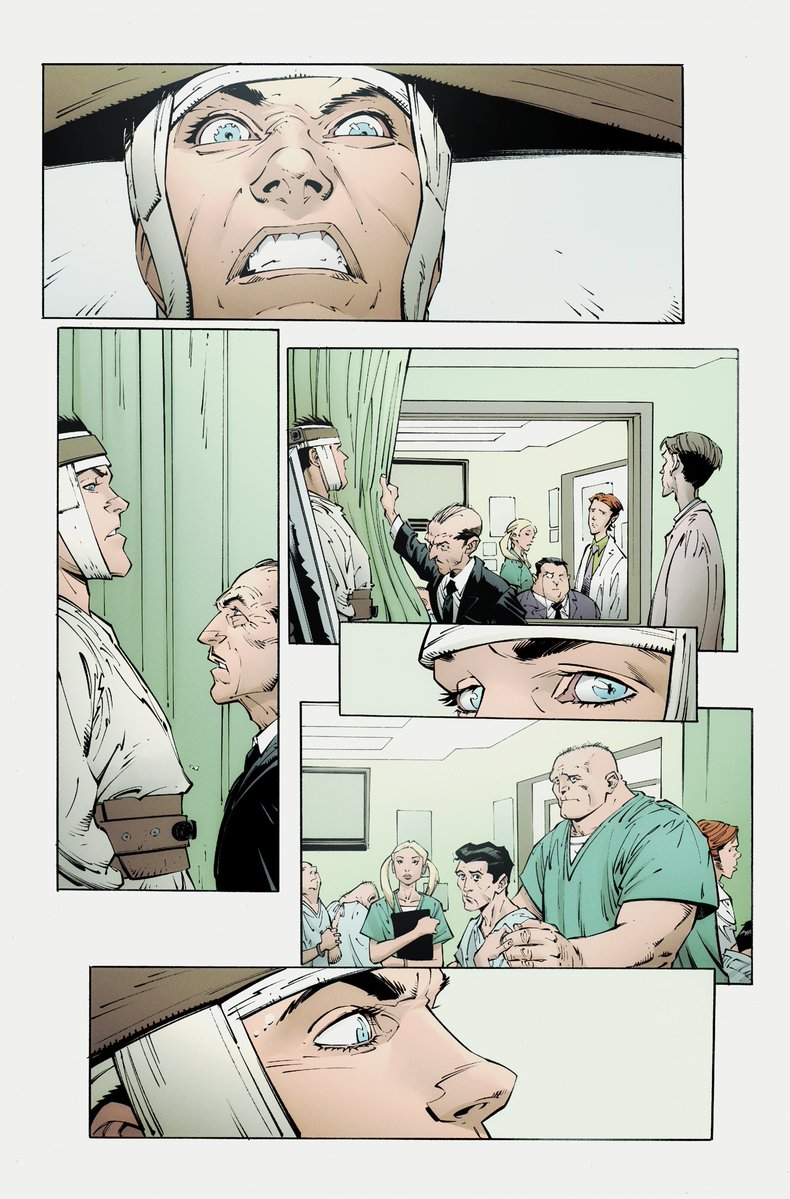 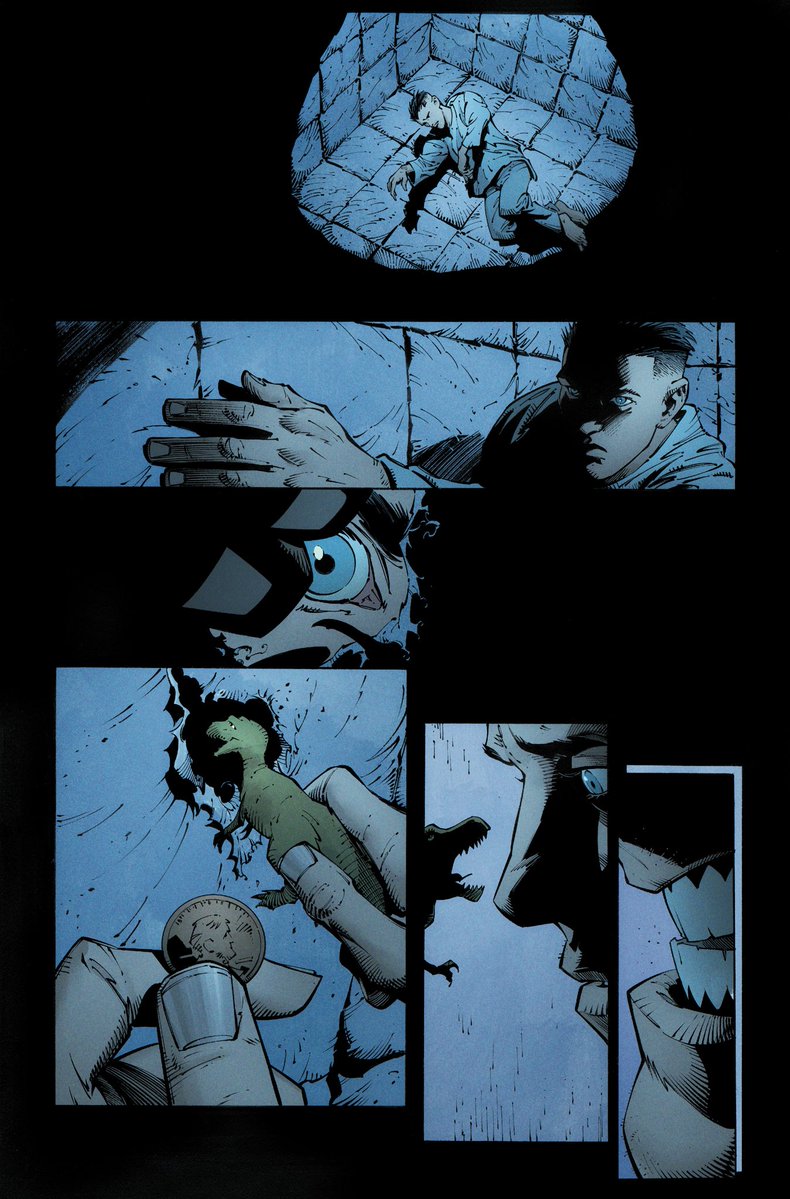 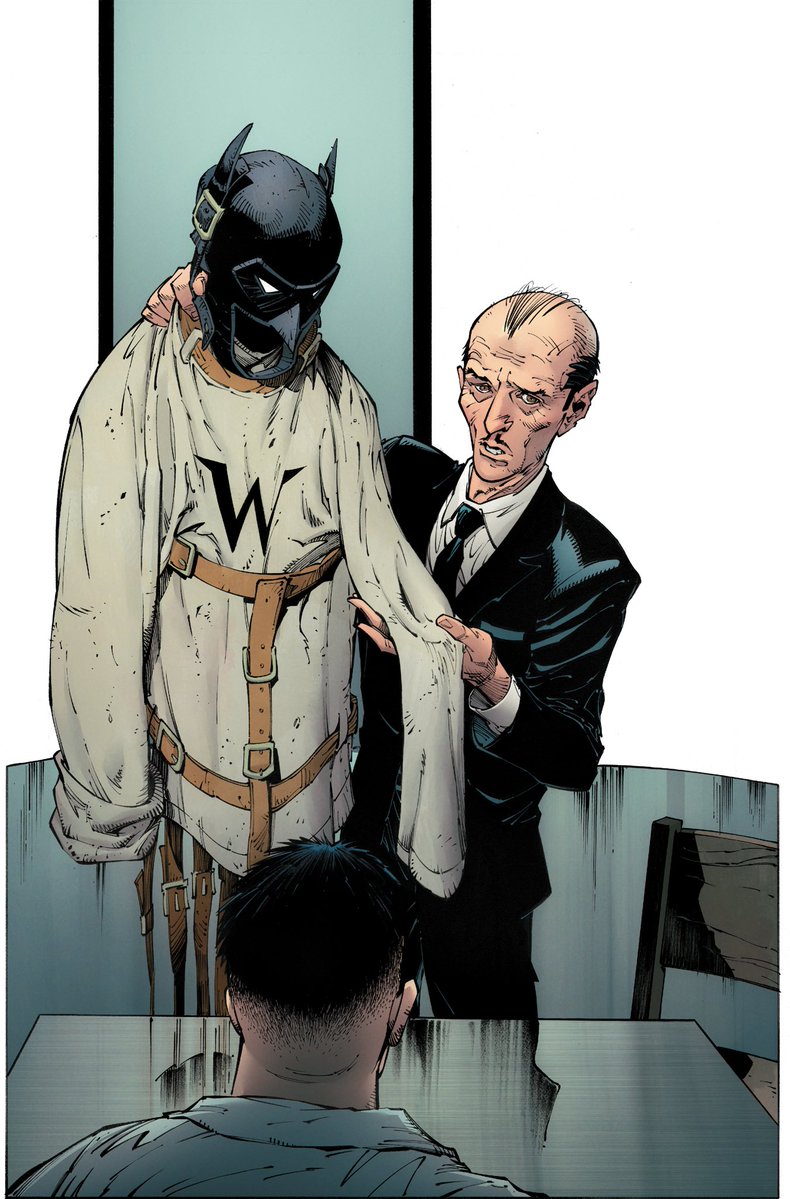 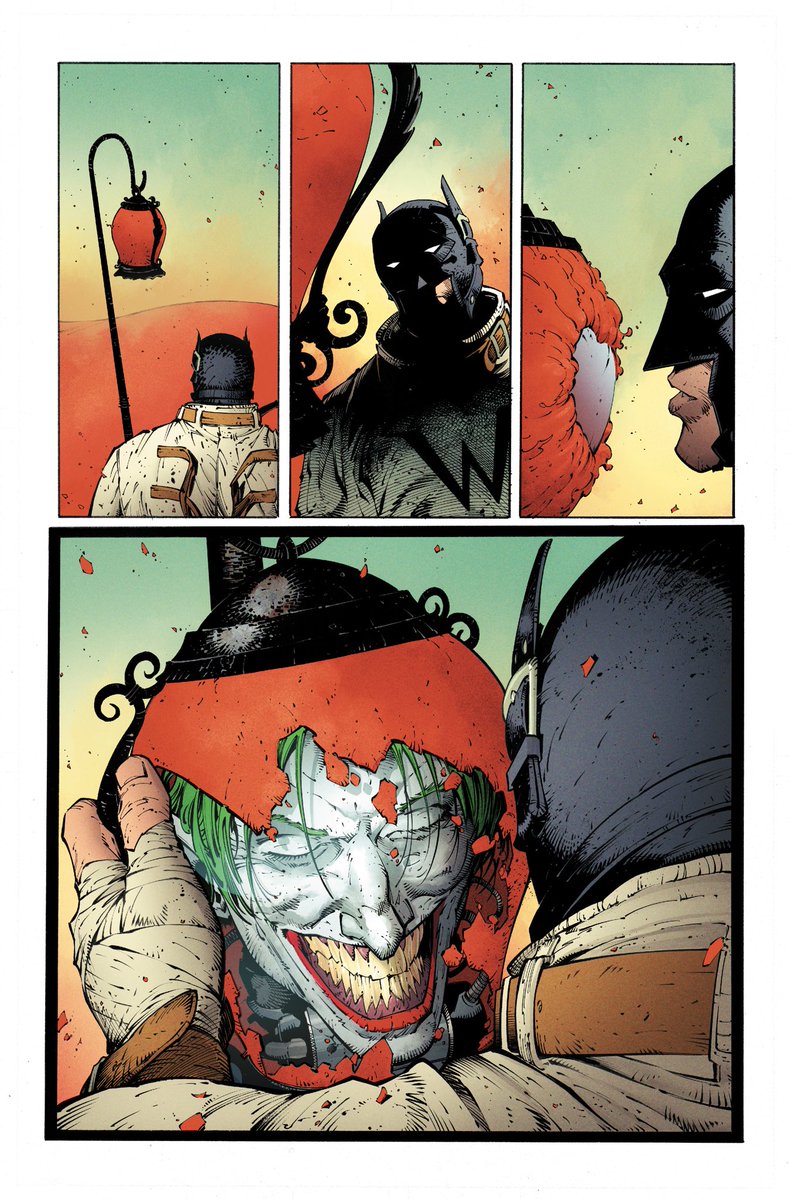 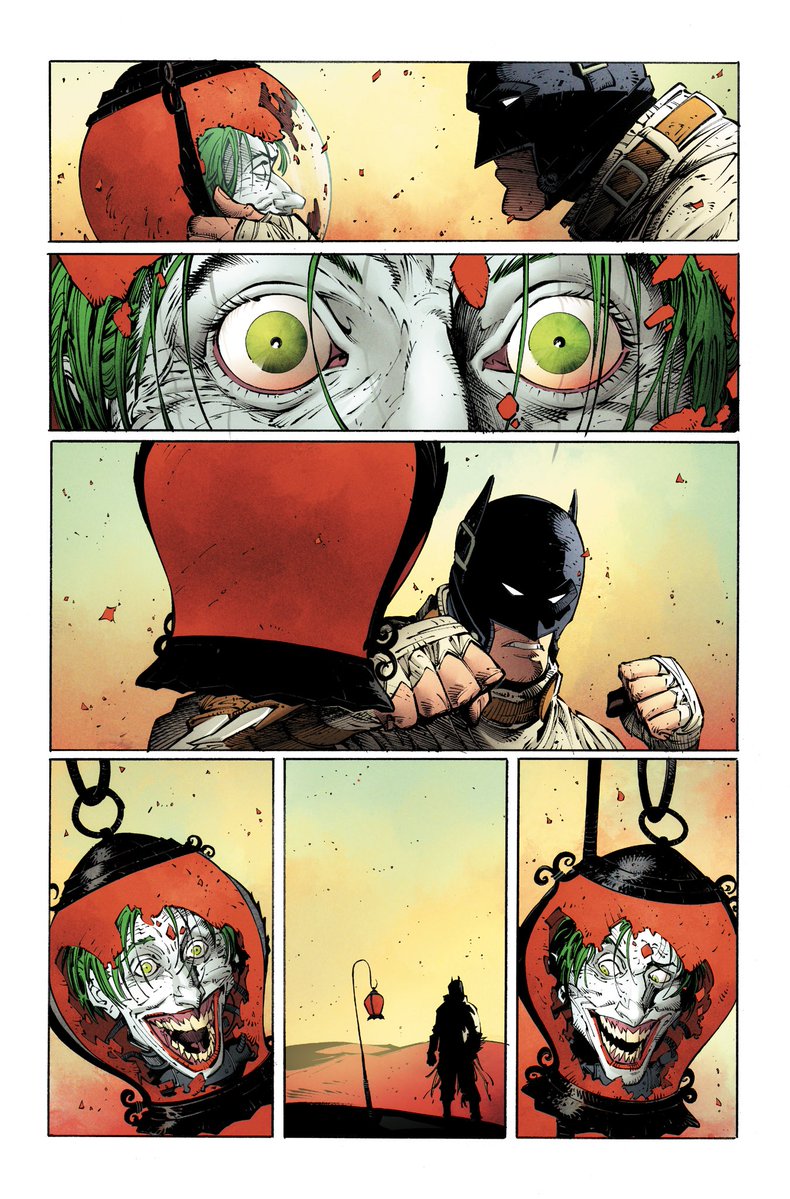 The artwork is gorgeous and fairly straightforward in terms of storytelling here. Bruce wakes up in what looks like a mental hospital, before being bestowed a straitjacket with his cowl on it. Then it’s off to the desolate remains of Earth, where he carries Joker’s live head in a jar a la Futurama. That’s certainly another way to keep Joker around, you know, instead of as an ongoing hallucination.

This looks like quite a fun read and I couldn’t be more excited. Can you imagine the conversations Joker and Bats would have out in the middle of nowhere, post apocalypse?