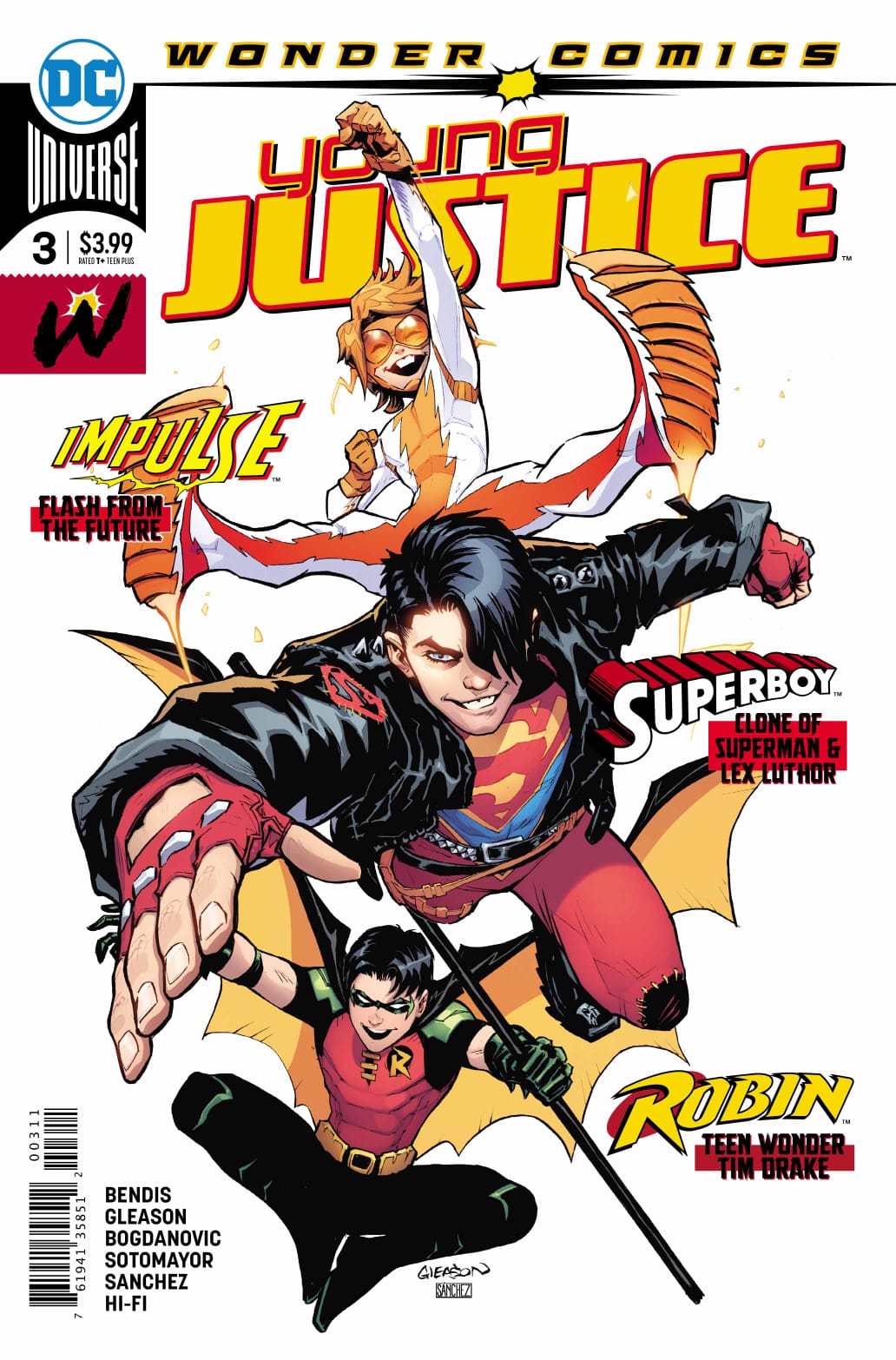 It’s the Conner and Bart show this week! After the cliffhanger from the first issue, it’s taken Brian Bendis two more to get us back to Impulse and Superboy.

Gemworld is setting up to be an environment our young heroes can’t quite overcome. Dark Lord Opal and his gem warriors are proving to be more than a match for the new team. Will they escape Gemworld and get back to Earth?

You can take the Kent out of Smallville, but you can’t take Smallville out of the Kent.

Things get cleared up in this issue about Conner’s mysterious appearance on Gemworld. We see what led him to being on the alien planet, and even have a little light shed on his life there.

Conner reminds me a lot of Clark in this issue, a much more chilled out version of Superboy, as Impulse flits about goading the enemy. I have to say, I like this version of Conner so far, he seems a lot more mature; but no less powerful. 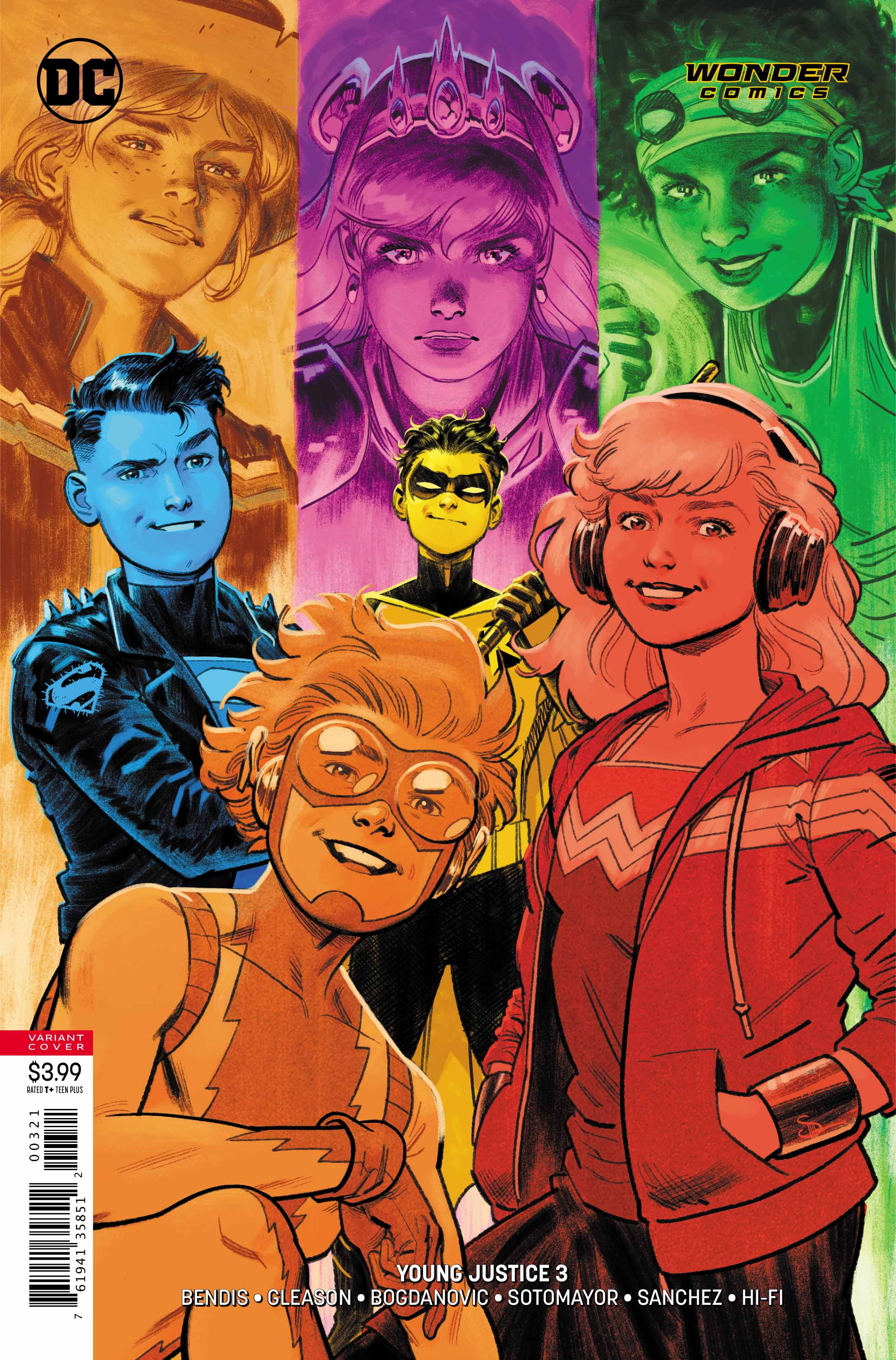 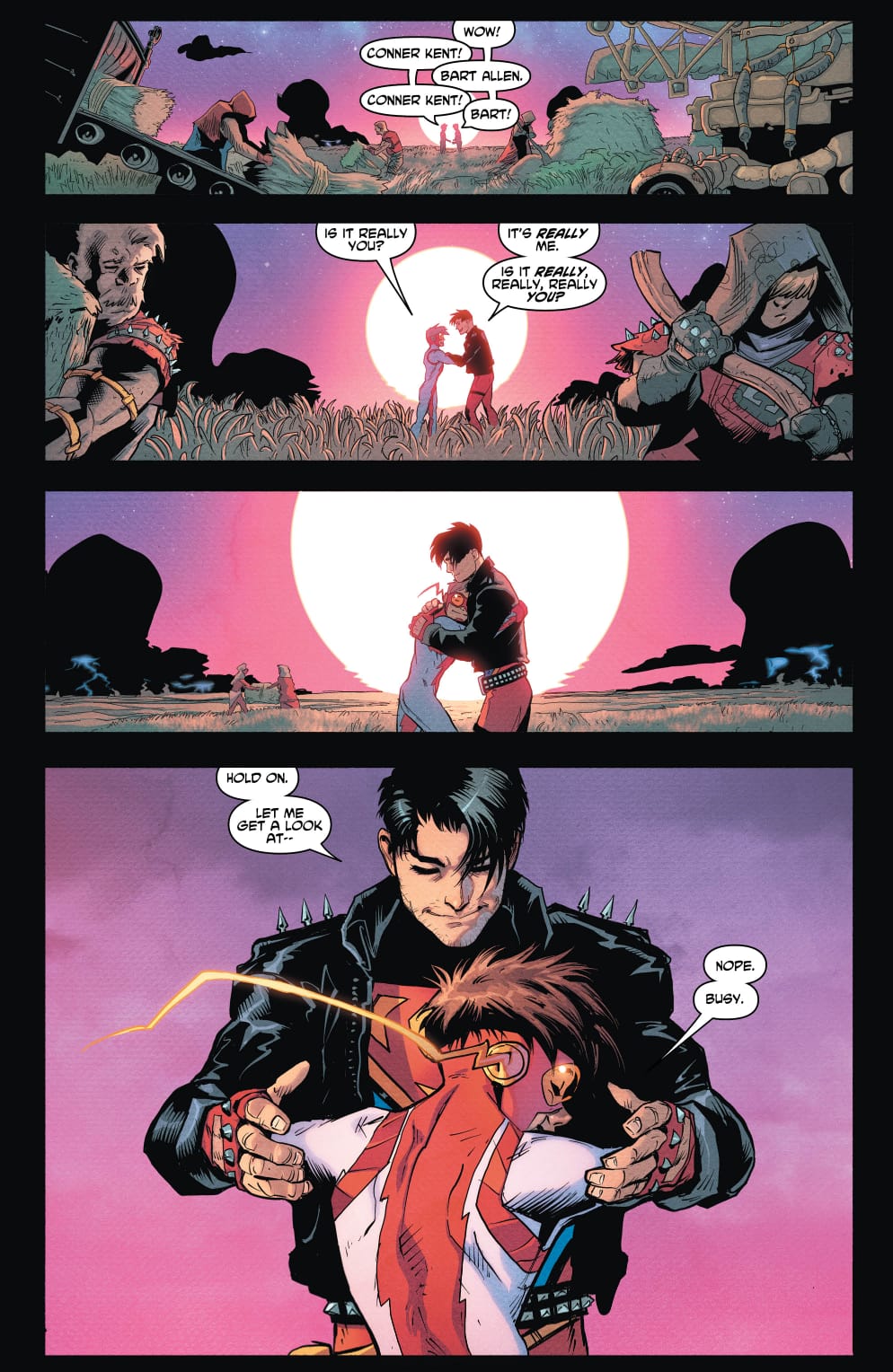 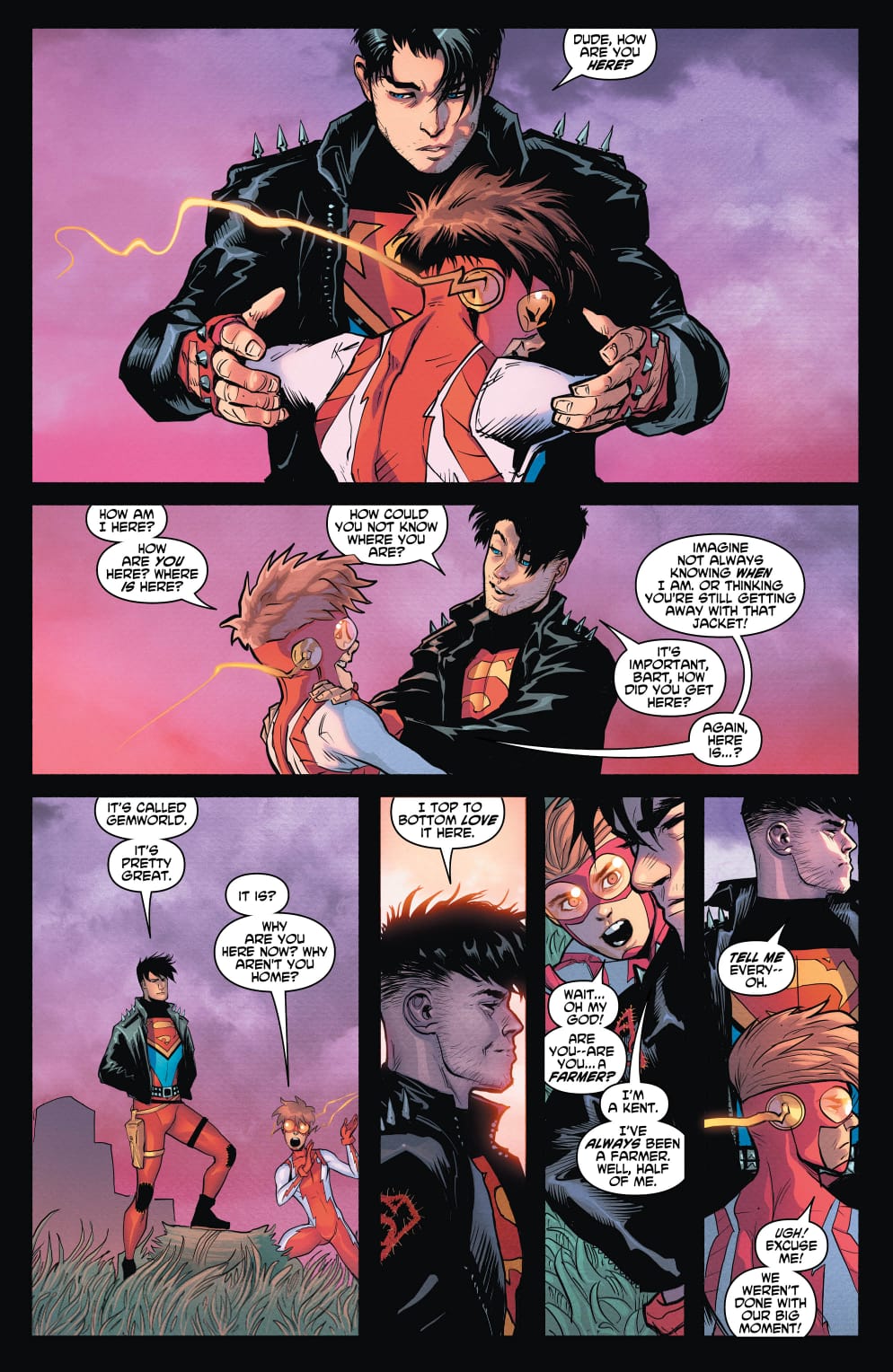 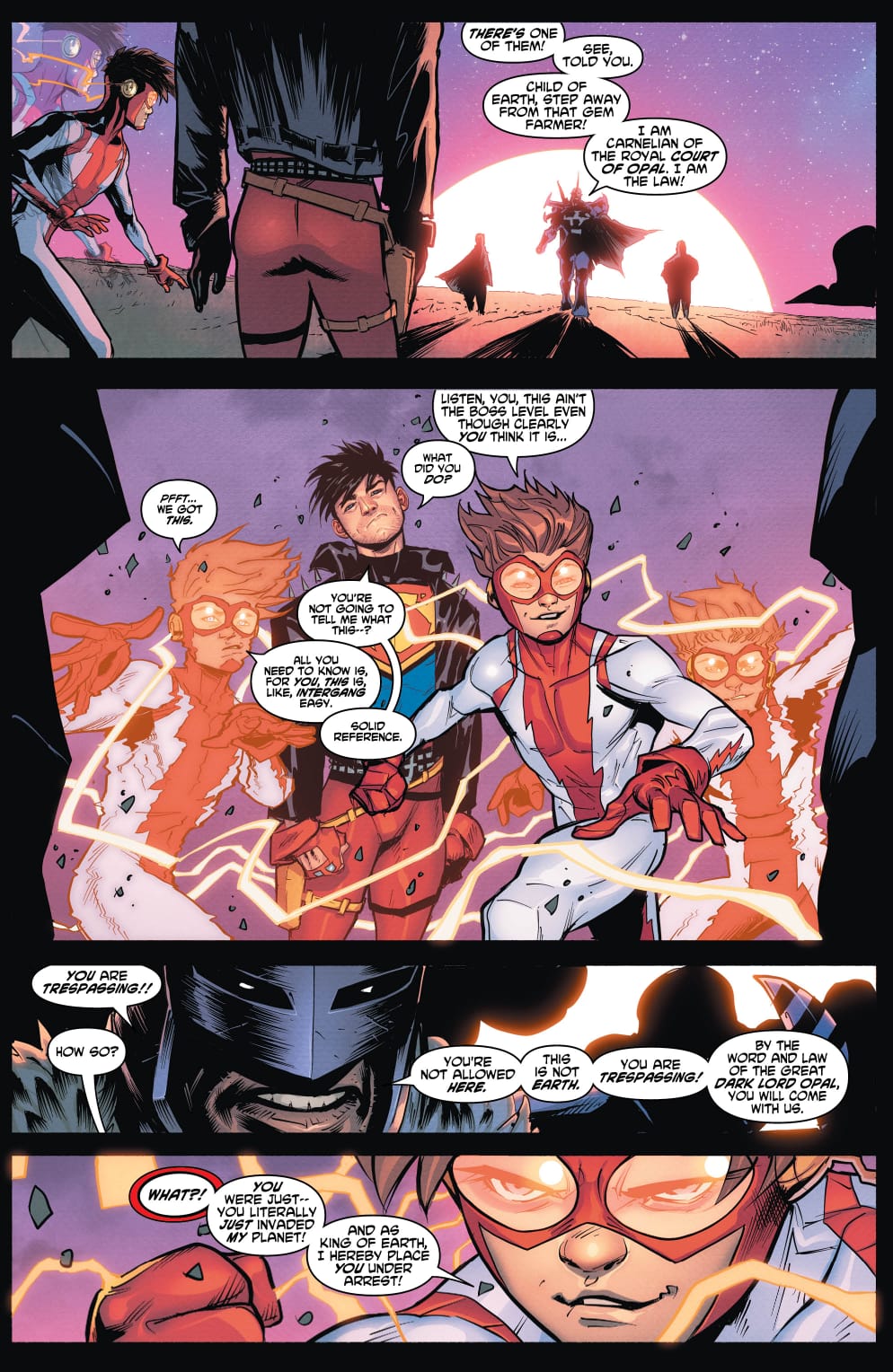 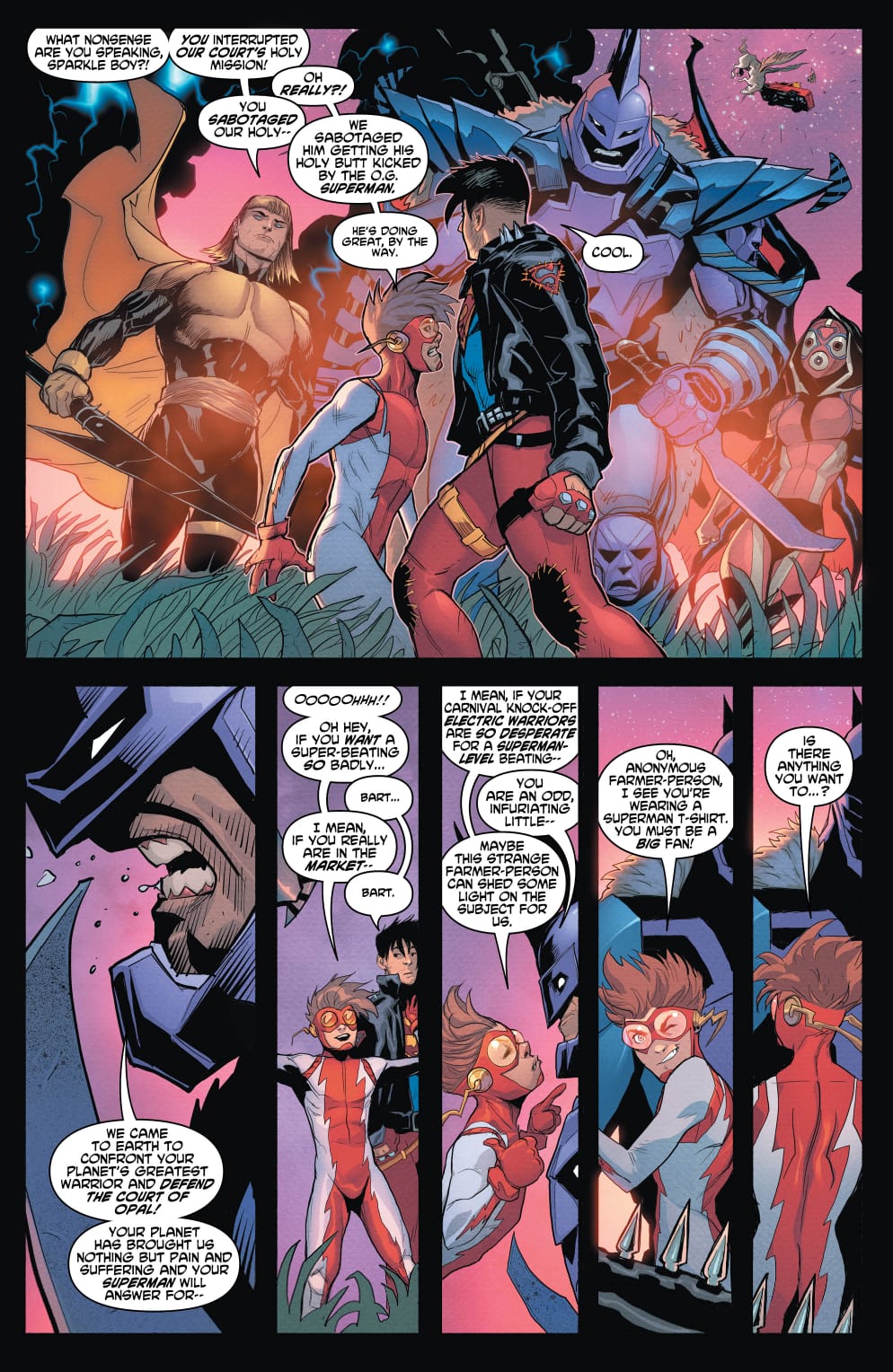 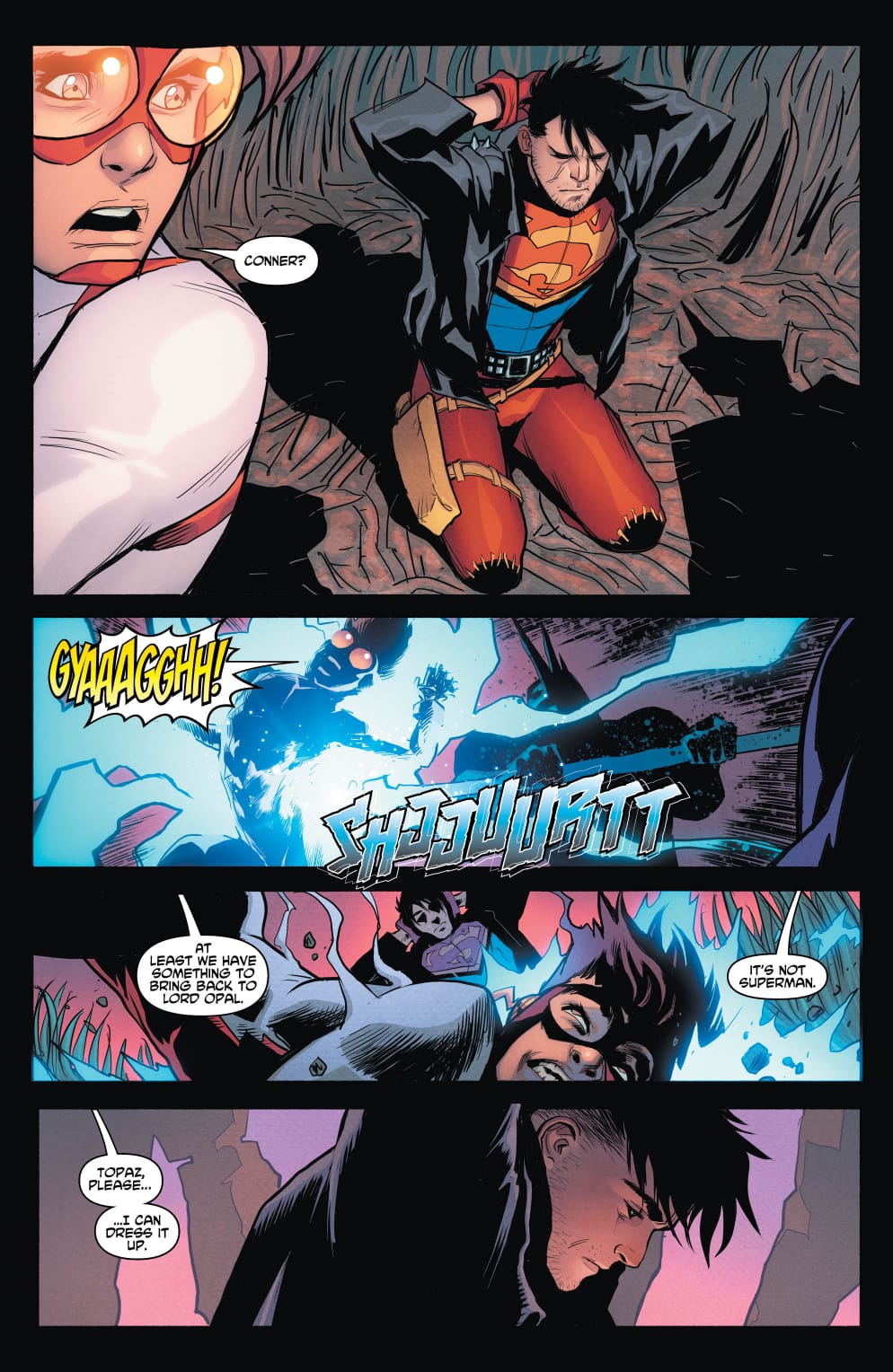 A Gem Of A Read

The artwork in each issue so far has been great, this issue is no less brilliant. There’s a transition in time periods within the story, and the art flows seamlessly with the story. I don’t think the transition would have worked as well if the art style had been the same. I particularly love the style and design of Impulse, as Gleason and Bogdanovic capture his movement perfectly.

This comic has been an absolute blast to read so far. As a friend of mine recently told me; if Bendis knows anything, it’s teens. Boy does he show it with this run. Bendis’ script is one of the most natural scripts I’ve read for a long time. The banter between the new teammates, and old friends is something fresh, and yet familiar to read.

I absolutely love the very last page of this issue, particularly the last thing Amethyst says.

Young Justice just can’t seem to fail. The TV show is back with a vengeance, as is the comic. The characters are sublime. Some are very well-established within the Young Justice world, others are not. I look forward to Bendis putting his own spin on them all, and establishing the newer ones.

The story so far is brilliant, and is quickly building up to what feels like it will be a massive climax. Bendis has a way of dropping in hints that may seem like throwaways, but will thrust forward the story at a later date.

I’m loving this series so far and looking forward to reading what comes next. I do still have one burning question though. Who is Teen Lantern?