Review: Adventures Of The Super Sons #8 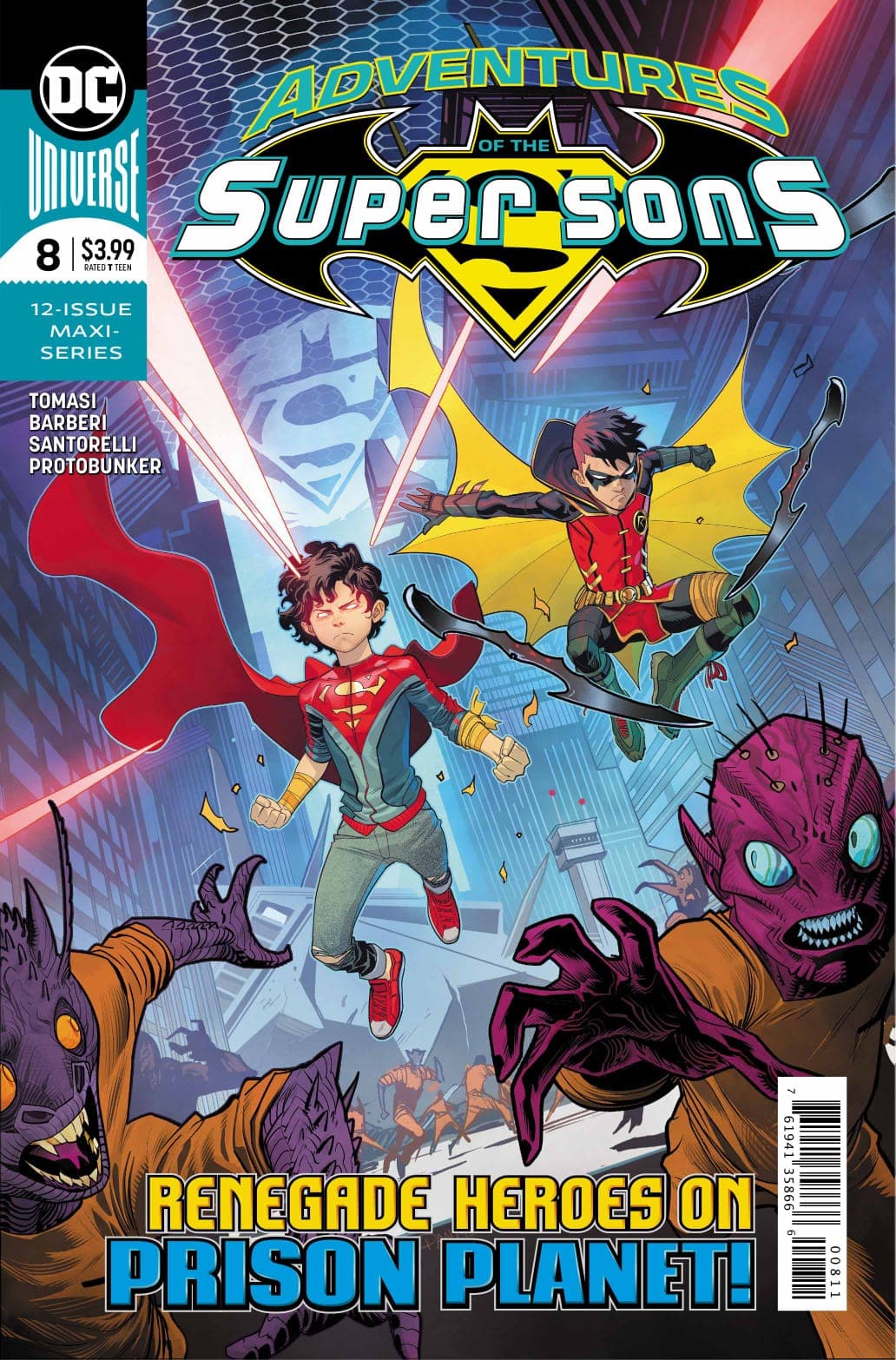 We’re two thirds of the way through the series. The prison planet continues to be unforgiving, but things seem better with Jon and Damian back together and readers are treated to great scenes in this issue.

I’m one of many fans who believe that there’s something striking about seeing lots of villains in a group. Sure, these might be tiny villains, twisted fans in fairly dark cosplay, but there are no better enemies for the sons of Batman and Superman than this growing Injustice Army. 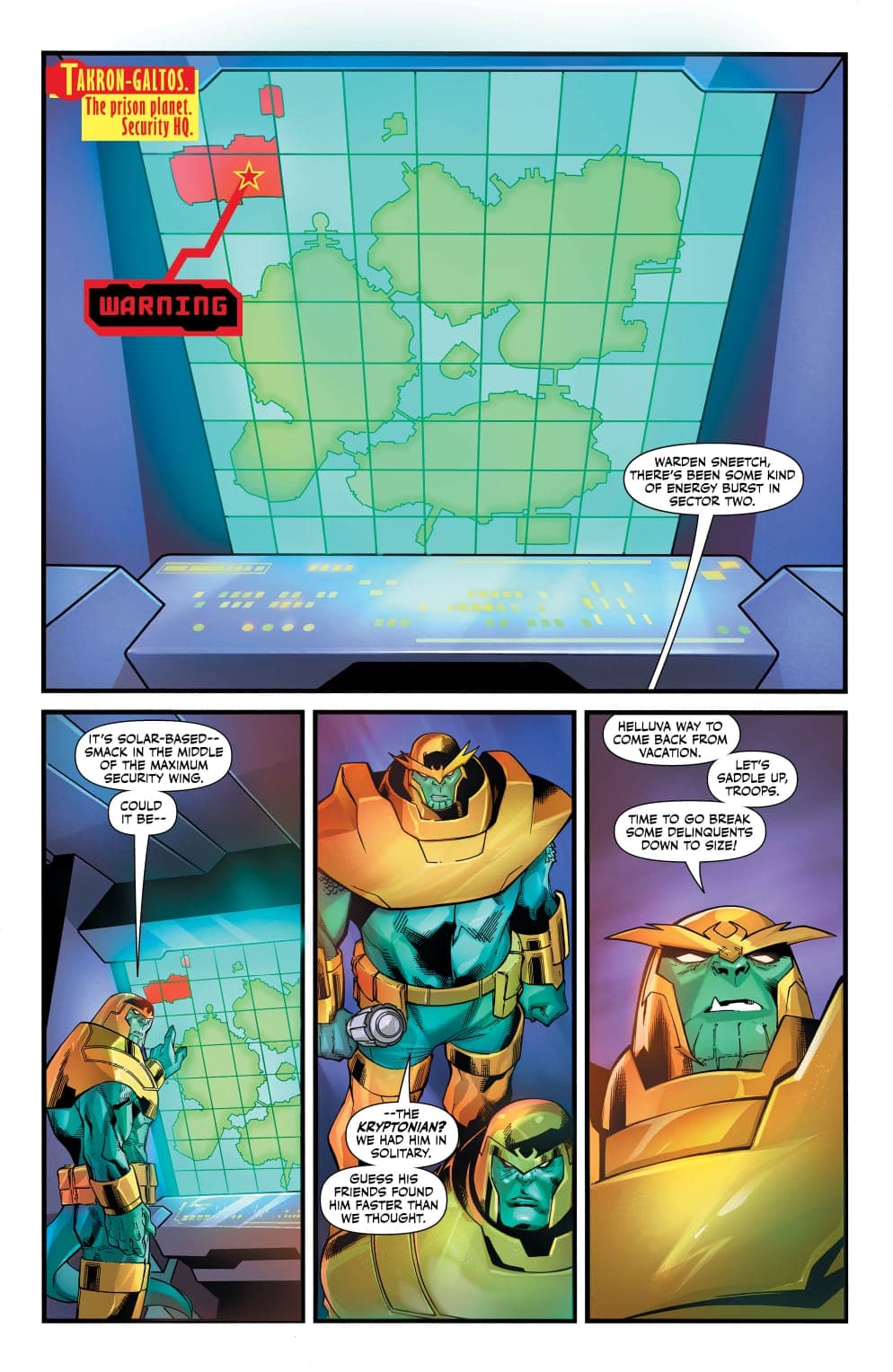 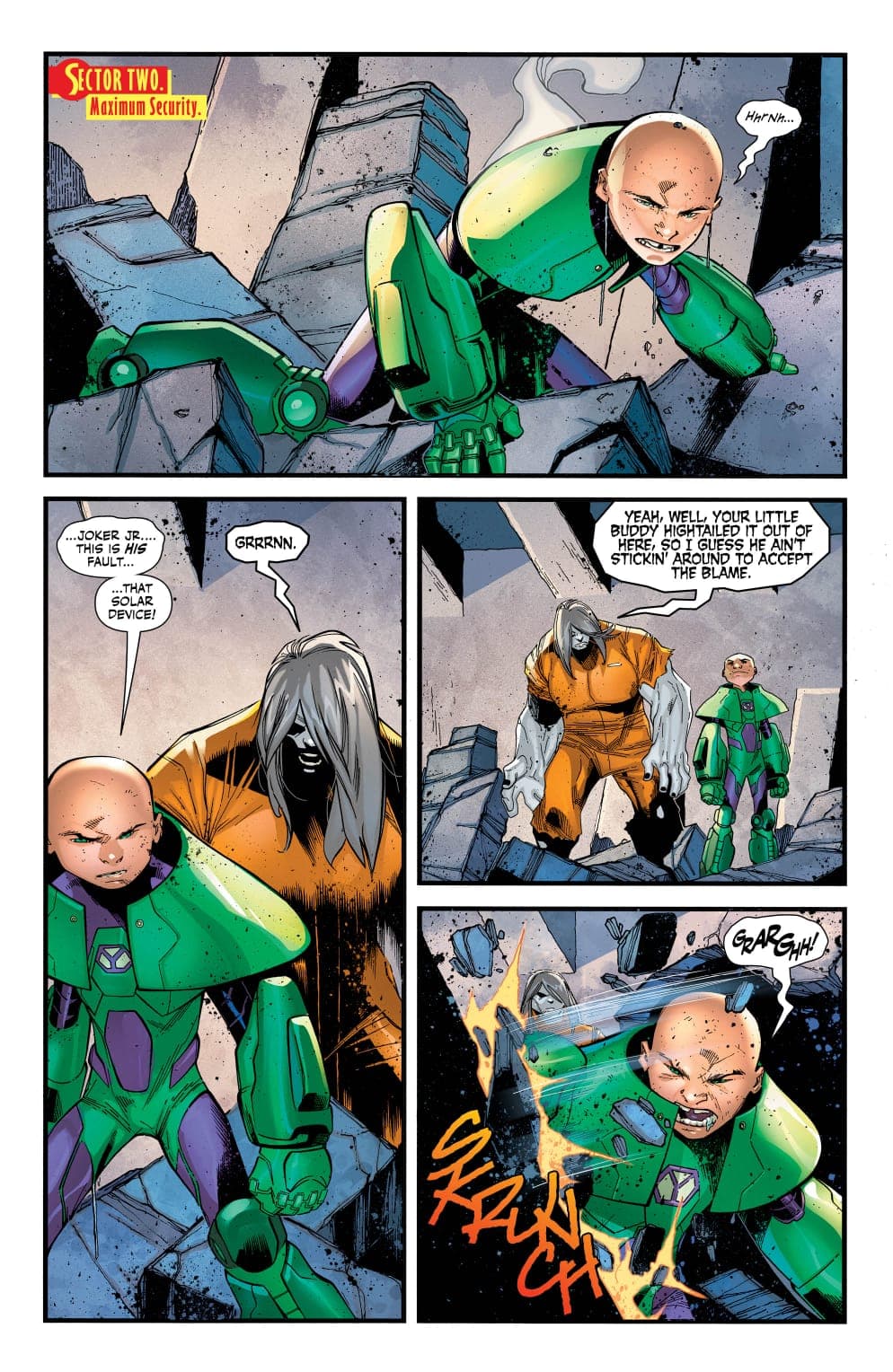 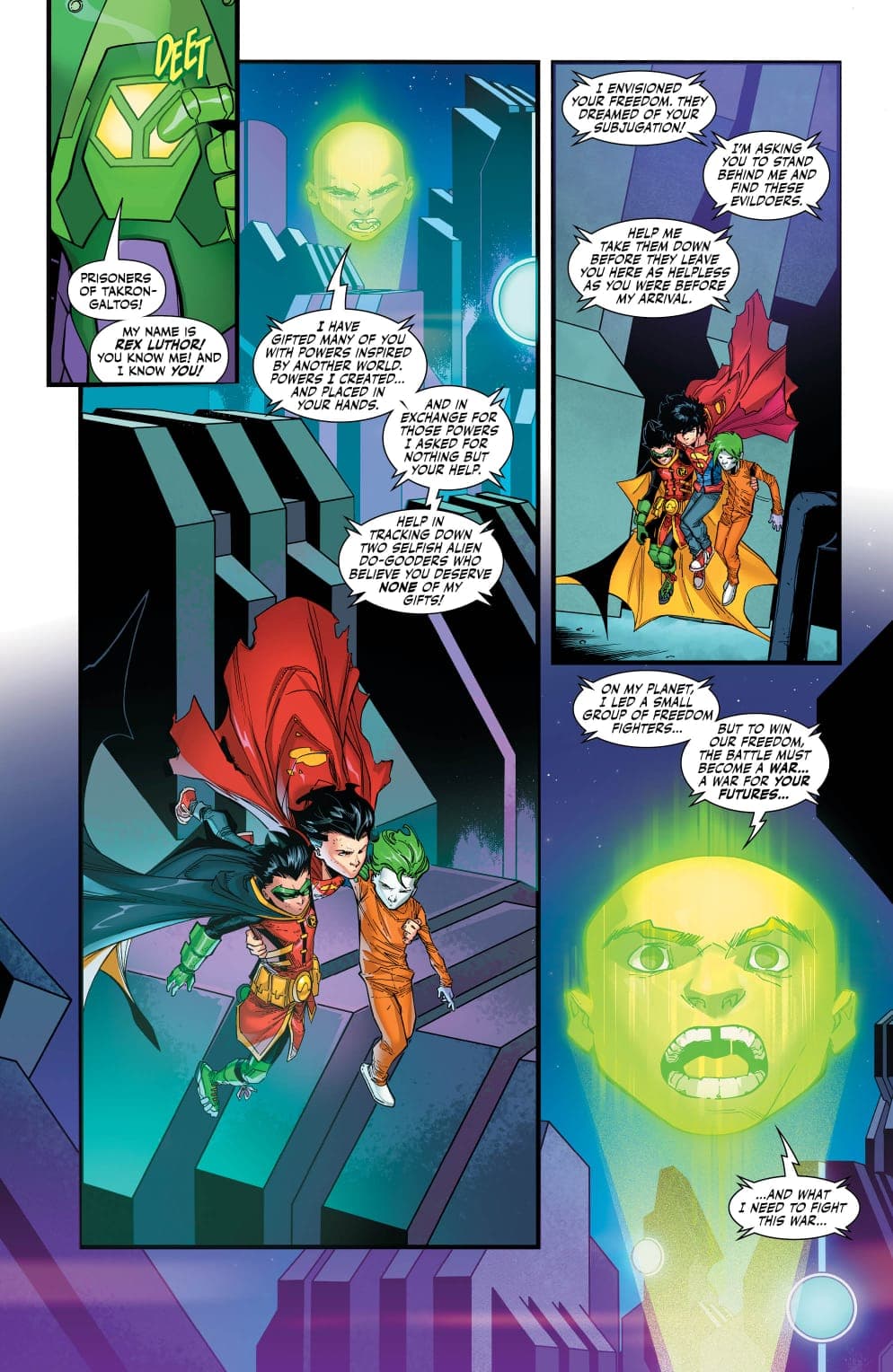 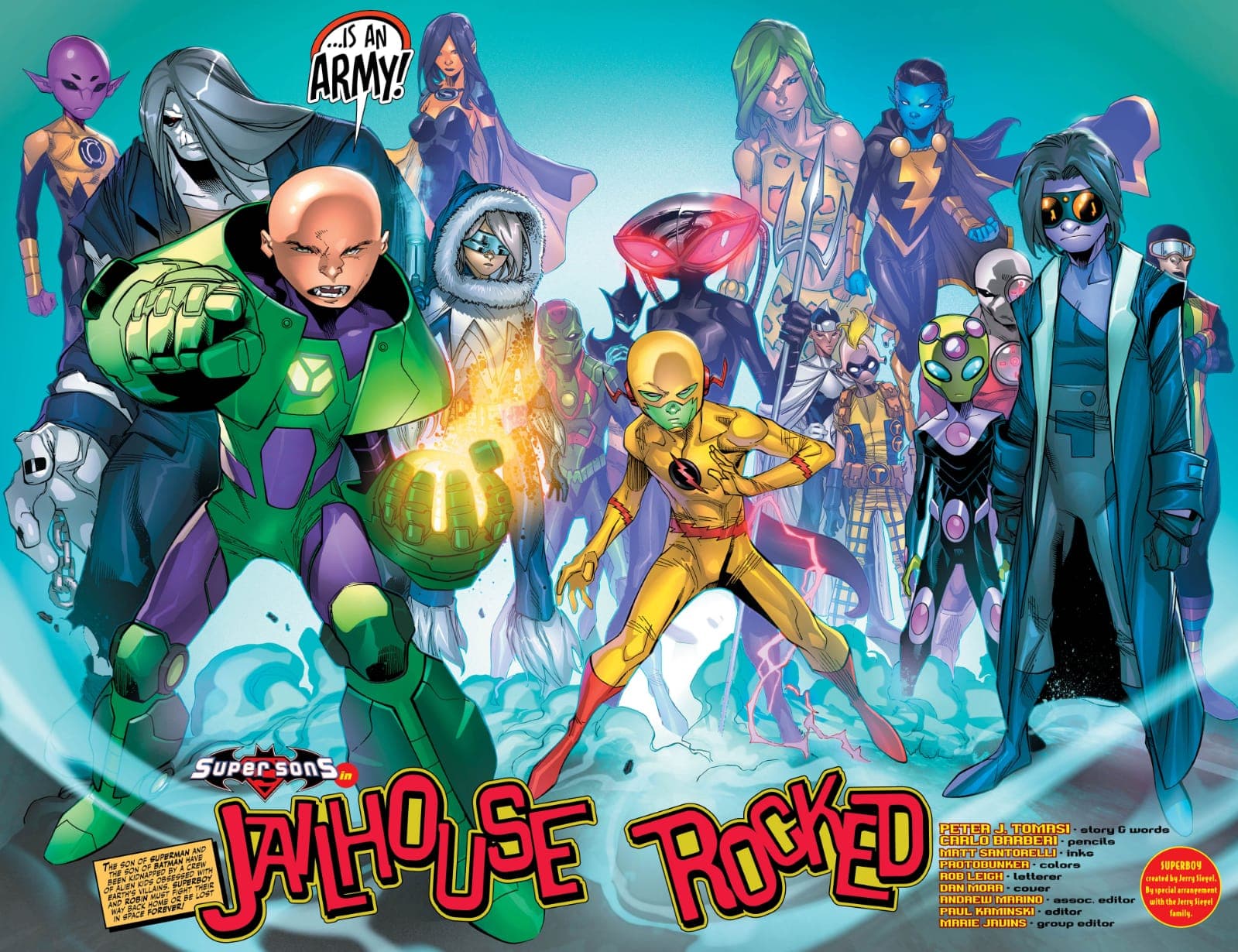 We get a fuller look into the background of the newest young hero in this issue. The insight into the background of the Green Lantern cadets is a very interesting thing. The scope of two heroes trudging through deep space really lets us see another side of the DC Universe. We can’t just assume a ring moves to the next suitable sentient candidate in any given sector of space. The Green Lanterns are a space paramilitary police force, after all. I have to commend Tomasi for expanding on a very clear part of ongoing comics. It all seems more real.

The boys are hopping between situations at top speed, nothing is stable out there in deep space and this really helps keep the action dynamic. The closing words of our big bad are vague and menacing, leaving the story as open now as it has ever been. Two thirds into the 12 issue title and tension is building. We can expect to see the plans of the villains reach their climax as theheroes are cosmically scattered. This is the strongest the title has been so far in this run.