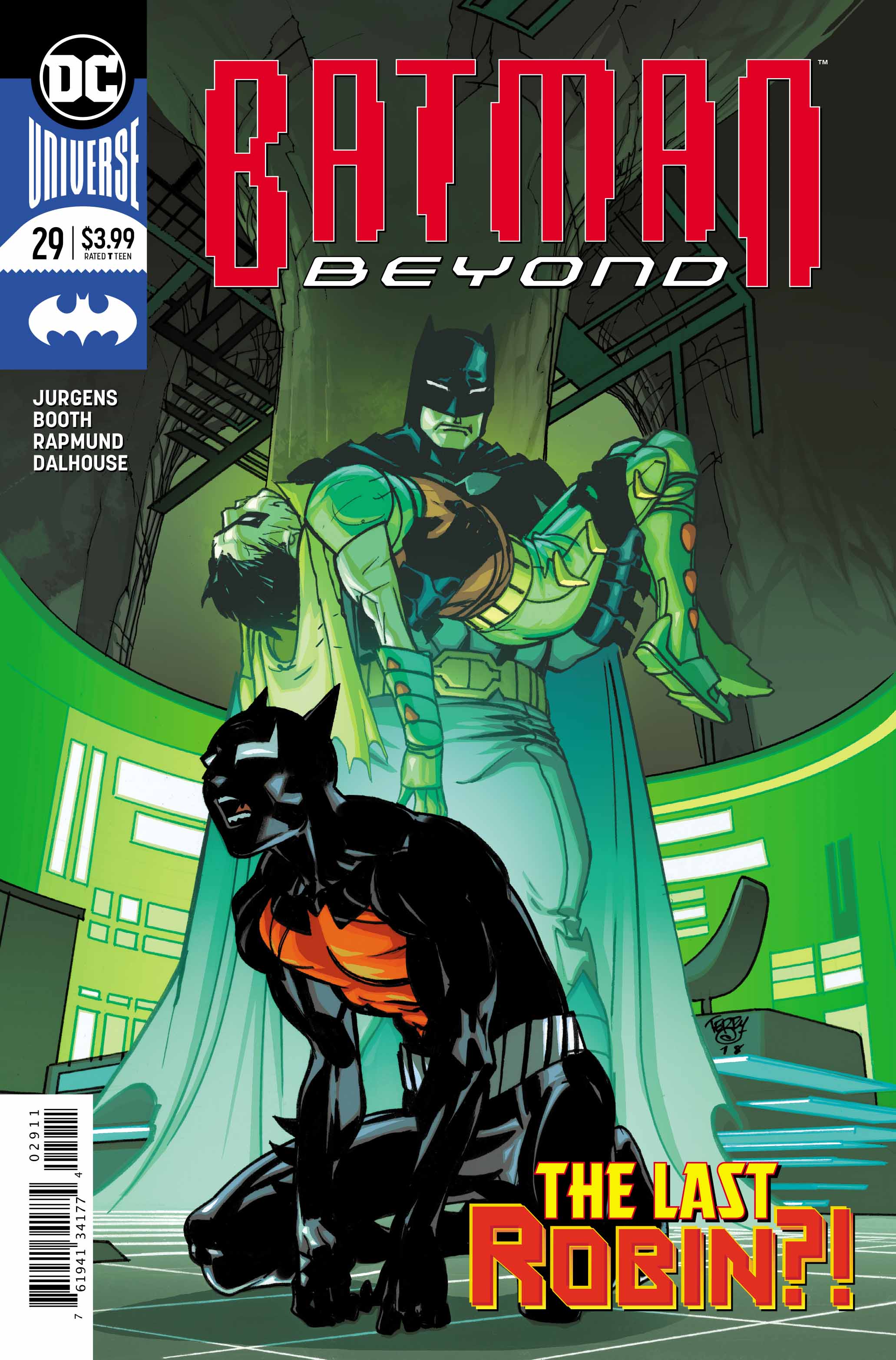 We’ve just witnessed the dramatic end to the Joker’s return to the future. One of the most iconic villains in popular culture crashed into the series, with all the destructive revelry we’d expect from him.

This four issue arc has had readers on tenterhooks. Would there be a repeat of Death in the Family? Would the newest Robin die? This issue balances the tension of one of the greatest feuds in popular culture. Joker’s ears picking up on one name is all that’s on his twisted mind.

The quality of the art in this issue, in key places, is among the strongest in the run so far. The focus on the Joker’s maniacal stares, to how Bruce Wayne reacts to everything the Joker does. It’s easy to convey meaning by talking through with the characters, but a stronger story tries to show anguish or a dangerous attitude without any words. I feel that it’s the correct way to tell a story, and something comic books do perfectly. 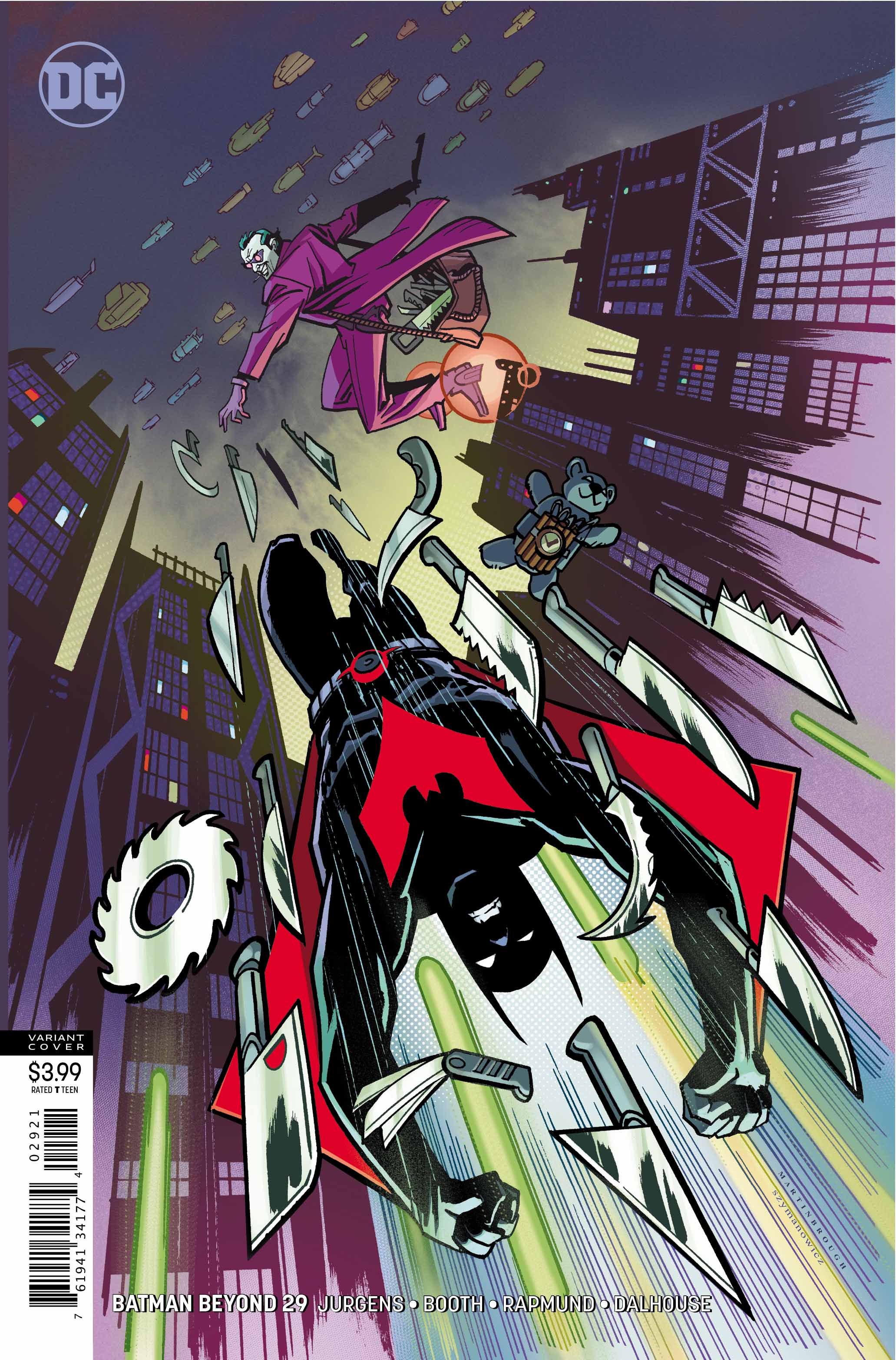 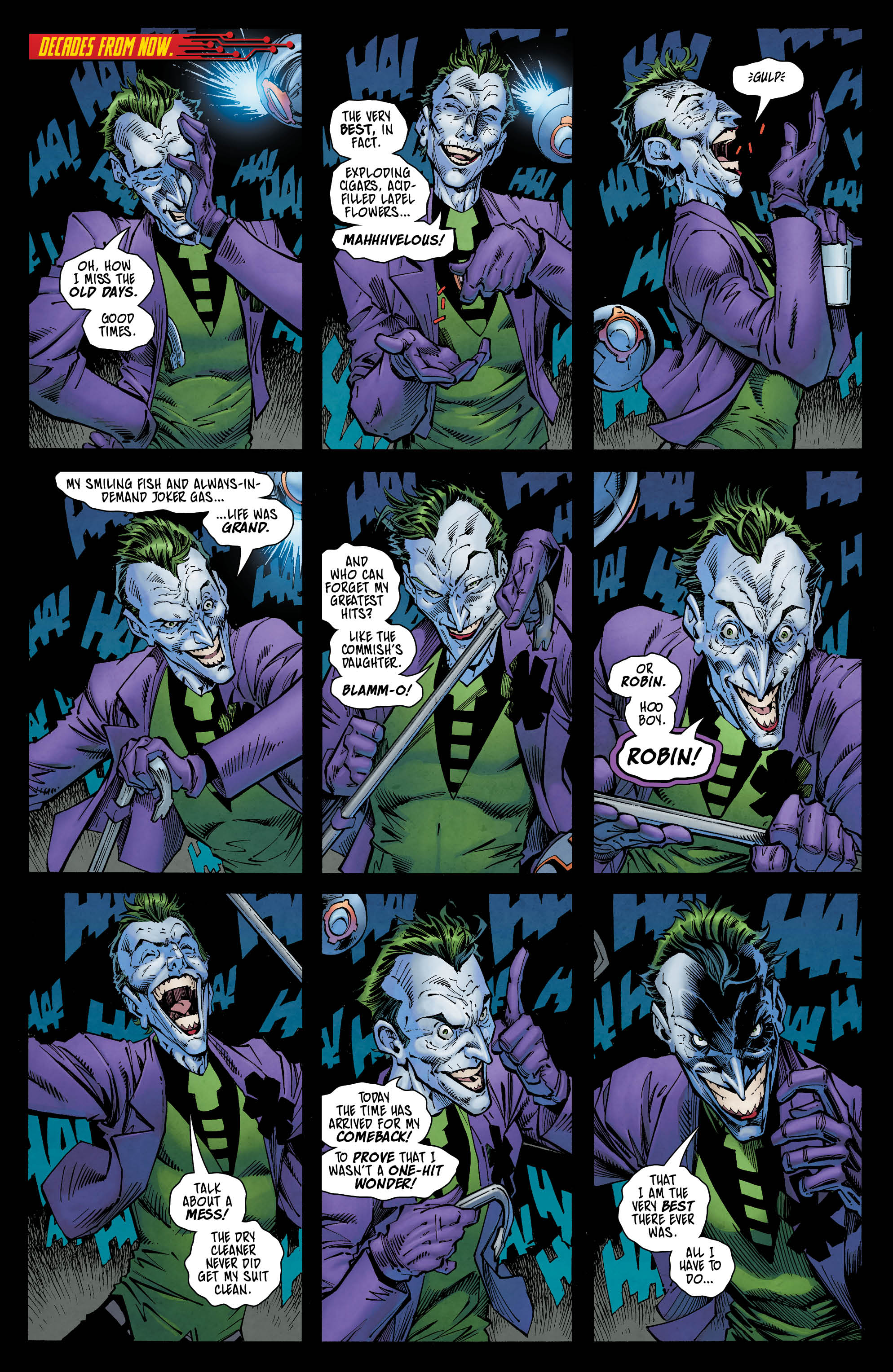 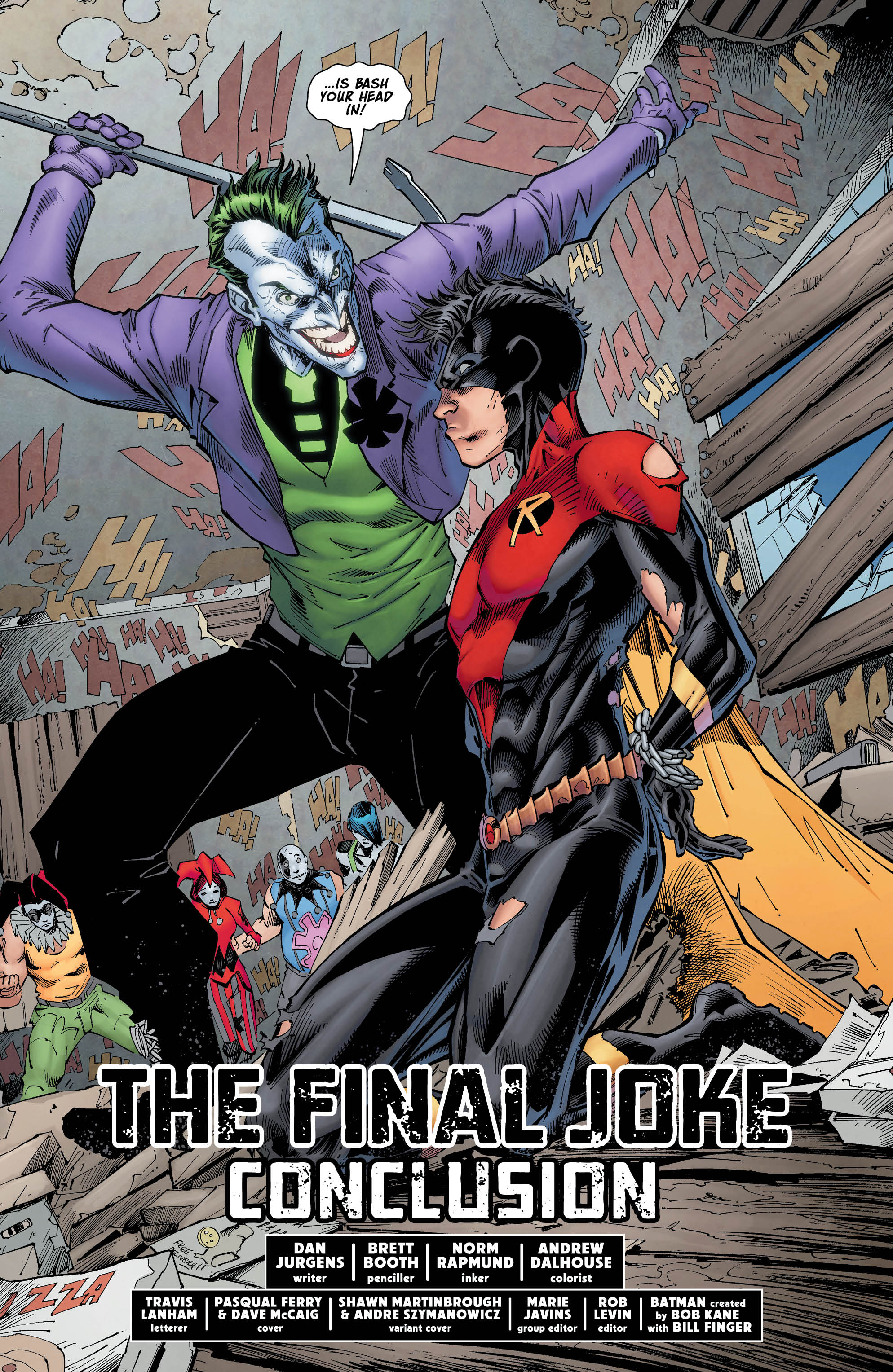 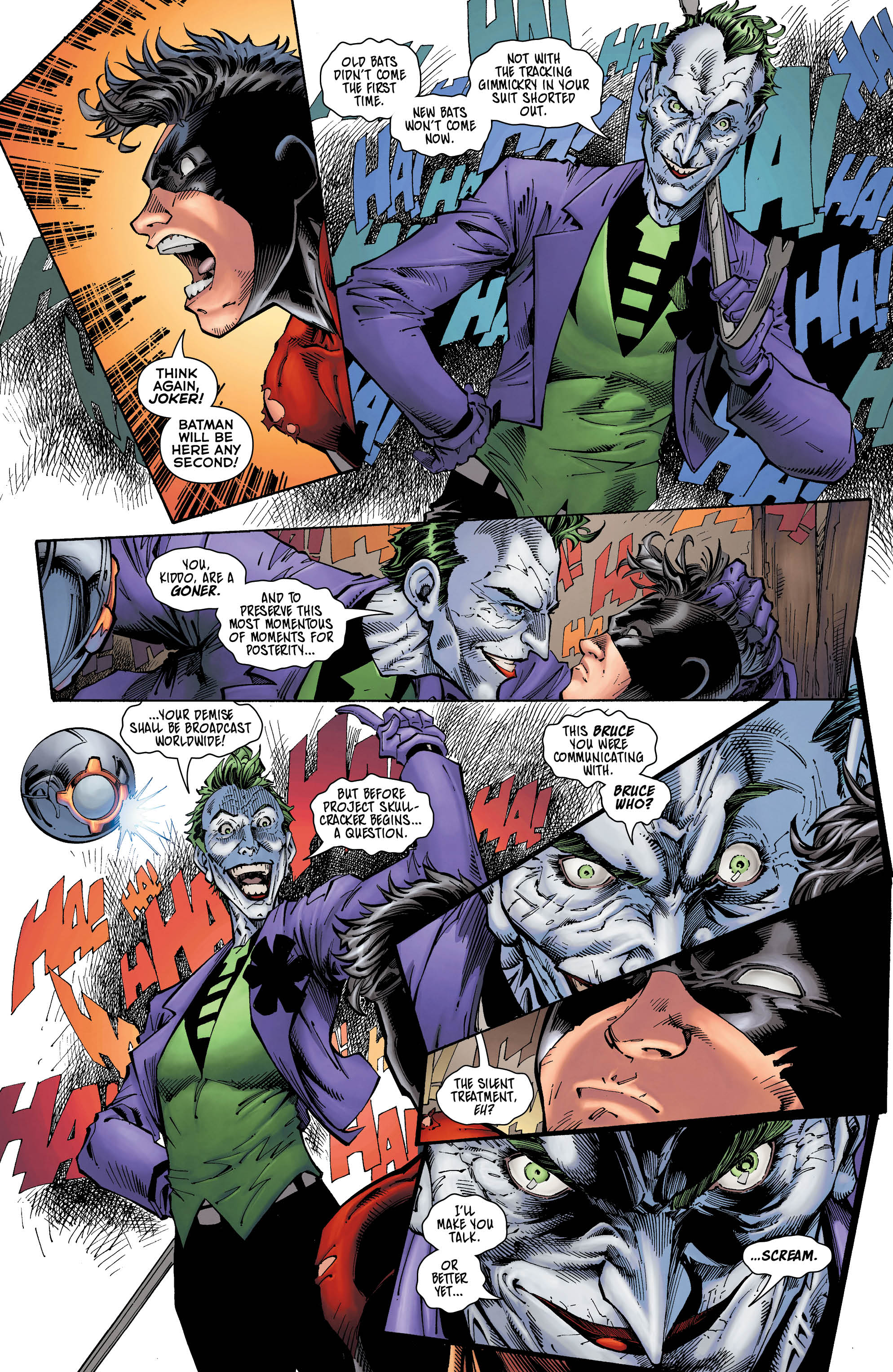 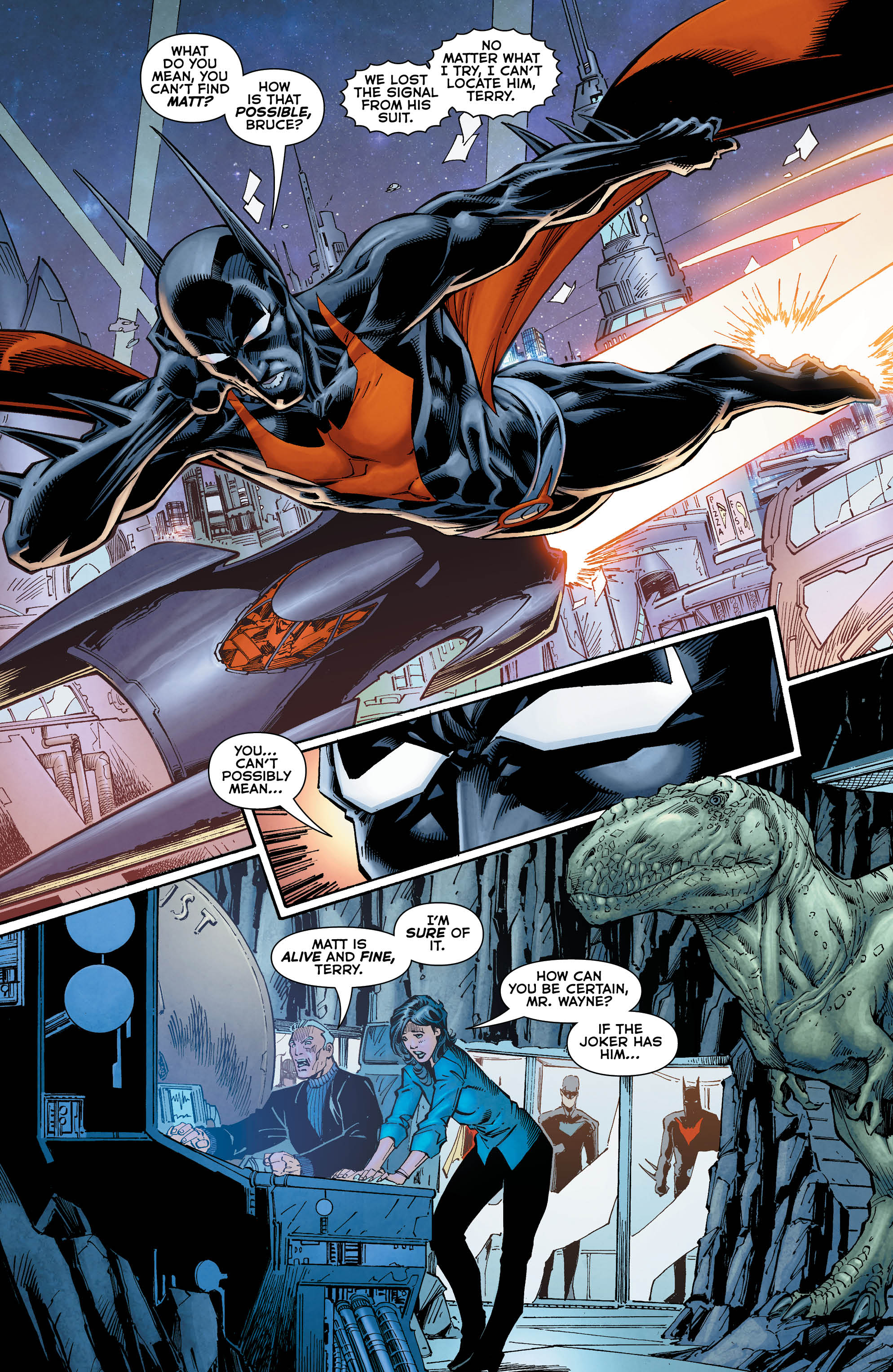 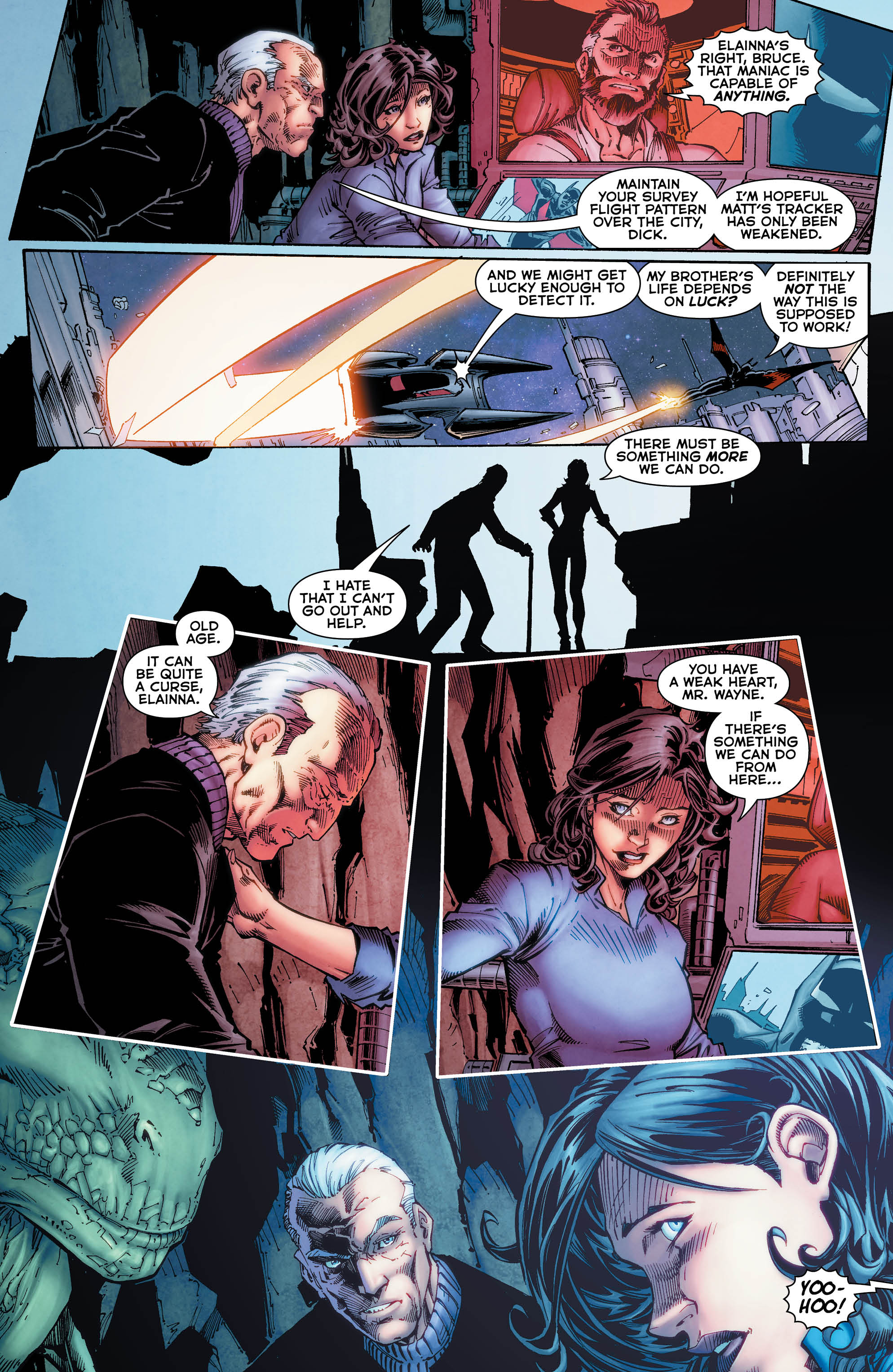 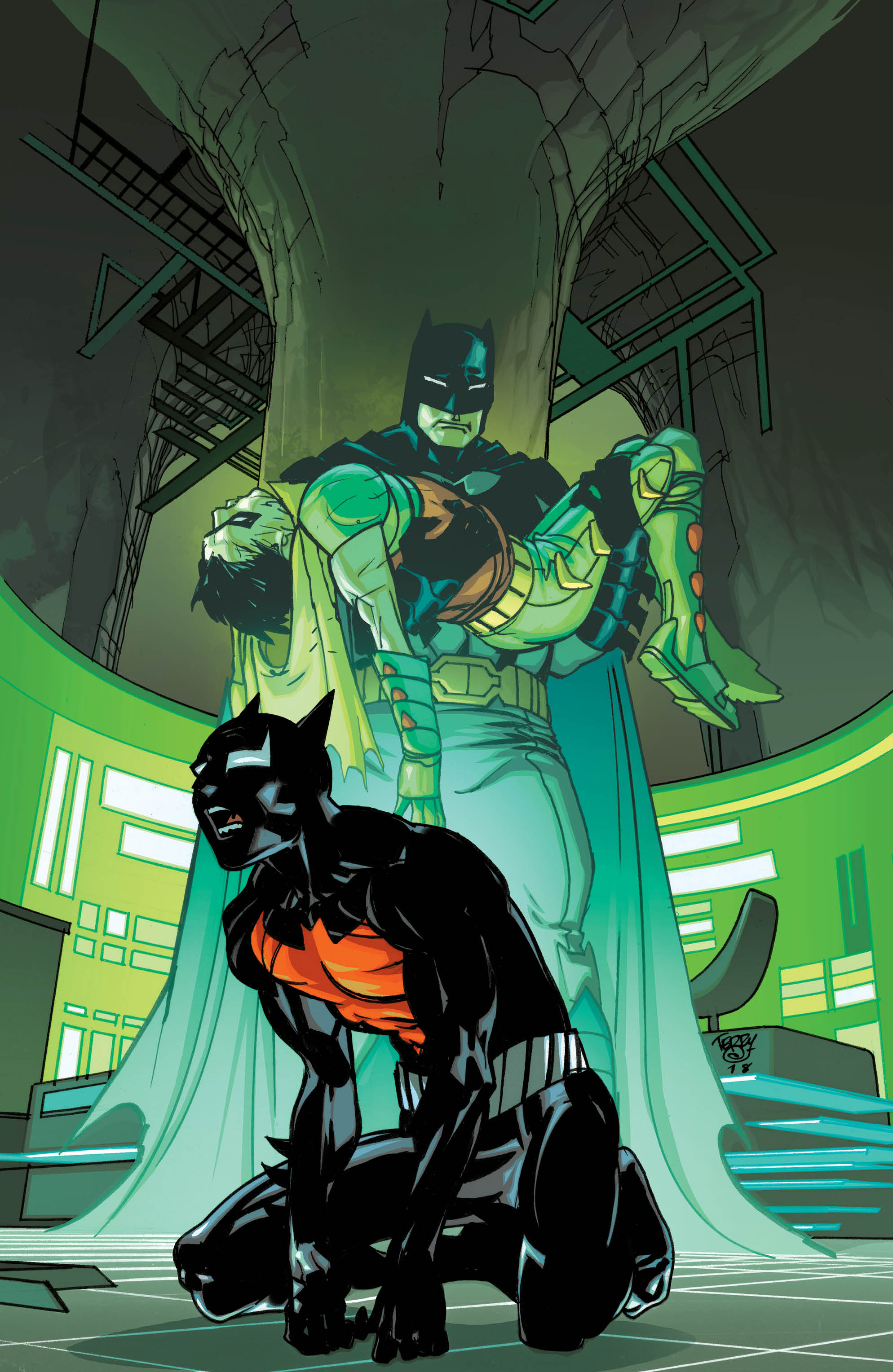 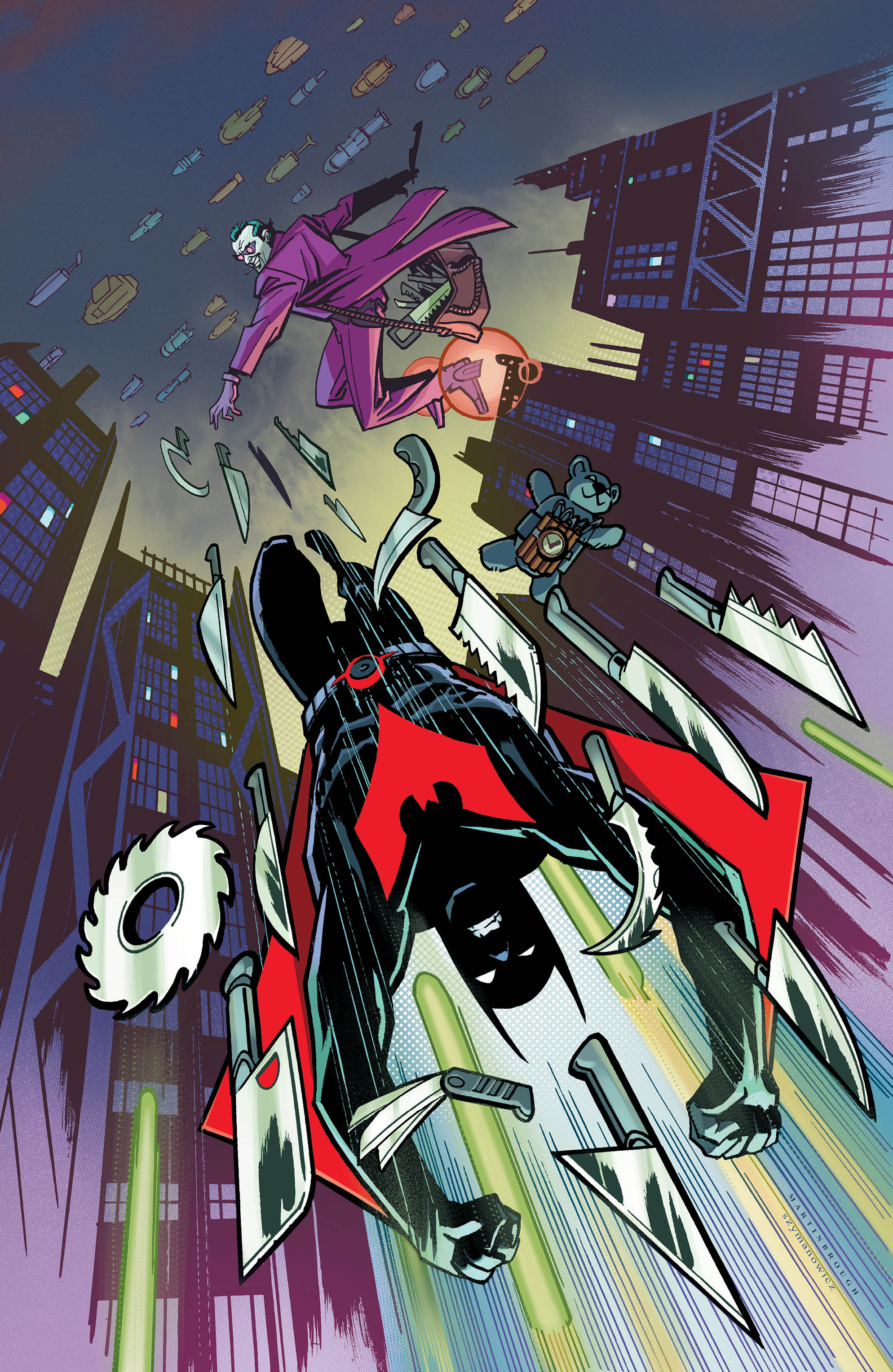 The issue ends abruptly. Moreover, it ends in a way that is fitting but completely unexpected. It’s true that a climax like this is hard to balance. This reviewer is finding it even harder to discuss without spoilers. I can see some fans admitting that some conflicts cannot end. Others may say that this character bowing out in this way is tantamount to a cop-out.

Personally, this may not be the Final Joke. Remember that the Joker returned in issue 25. With issue 30 coming, it’d be a nice set of numbers if something were to happen soon. If not, then the arc has ended in a satisfying way.