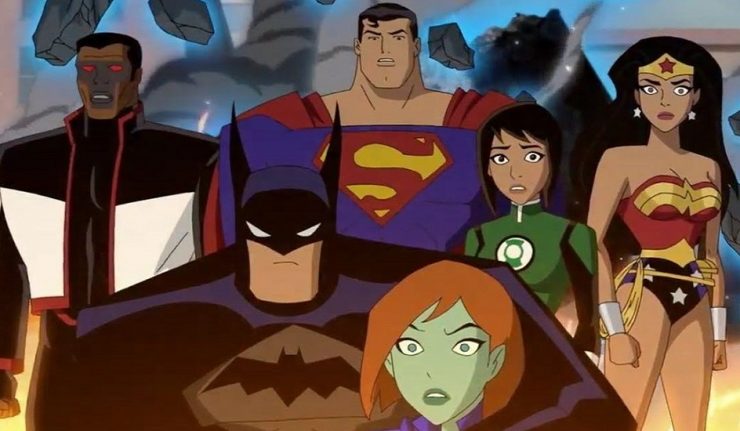 Warner Bros. Animation have released the trailer for the upcoming Justice League vs. Fatal Five animated feature, and it is EPIC!

The film will see a modern day League face off against the Fatal Five, a team of time travelling super villains from the future. Whilst the bad guys are searching for Green Lantern Jessica Cruz, The Justice League will team up with the enigmatic Star Boy from the 31st century.

Originally announced as one of four new animated movies from DC this year, the film expands of the story of Star Boy in this monumental battle.

Long time fans of Batman: The Animated Series will be delighted to hear the voice of Batman, Kevin Conroy,is working alongside creator Bruce Timm once again. The film also brings us George Newbern and Susan Eisenberg’s return as Superman and Wonder Woman respectively.

We are still awaiting a release date but the trailer certainly gives us something to look forward to! What do you think of it? Let us know.