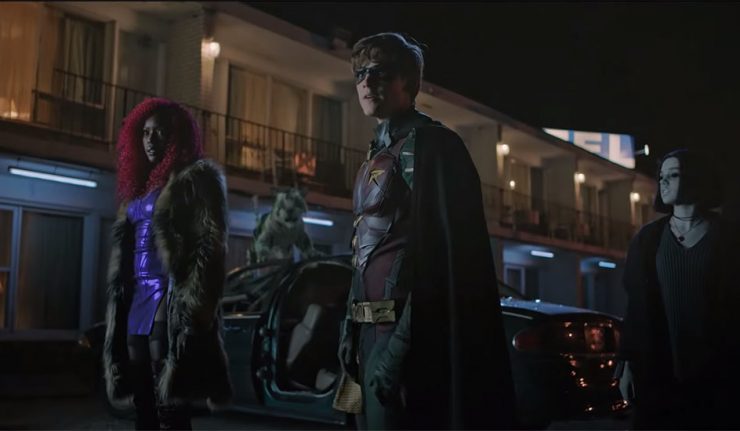 Two weeks ago, a production blog called Hollywood North revealed filming dates for Titans Season 2. The site purported that it would commence principal photography on March 20th, 2019 and continue to September 6th. At the time, I was more comfortable calling it a rumor as I had never heard of the website and therefore, so knew nothing of its credibility.

However, news is surfacing from a far more credible source, as this website doesn’t require bait to garner multiple clicks. The central hub for the International Alliance of Theatrical Stage Employees. IATSE is a union for employees working in stage, TV, and movies based in North America. Over the last few days, it seems to have updated its production schedule to include Titans Season 2 by Warner Bros. Television. WB TV looks like it’s setting up a production office in Toronto, corroborating the dates that were revealed two weeks ago with only a slight modification.

What was not glaringly corroborated, however, is the subtitle to Season 2. Keep in mind that this is not confirmation of season 2’s subtitle not being “Freebird.” When you’re working on the production side of things, a subtitle really makes no difference. God willing, that won’t be the final title, because that’s a pretty terrible name.

In the meantime, be sure to catch up on Titans on DC Universe in the US, or Netflix for the International market. Check back at DKN for more updates on Titans Season 2.