“Robin Vs. Robin” and “Joy To The World” 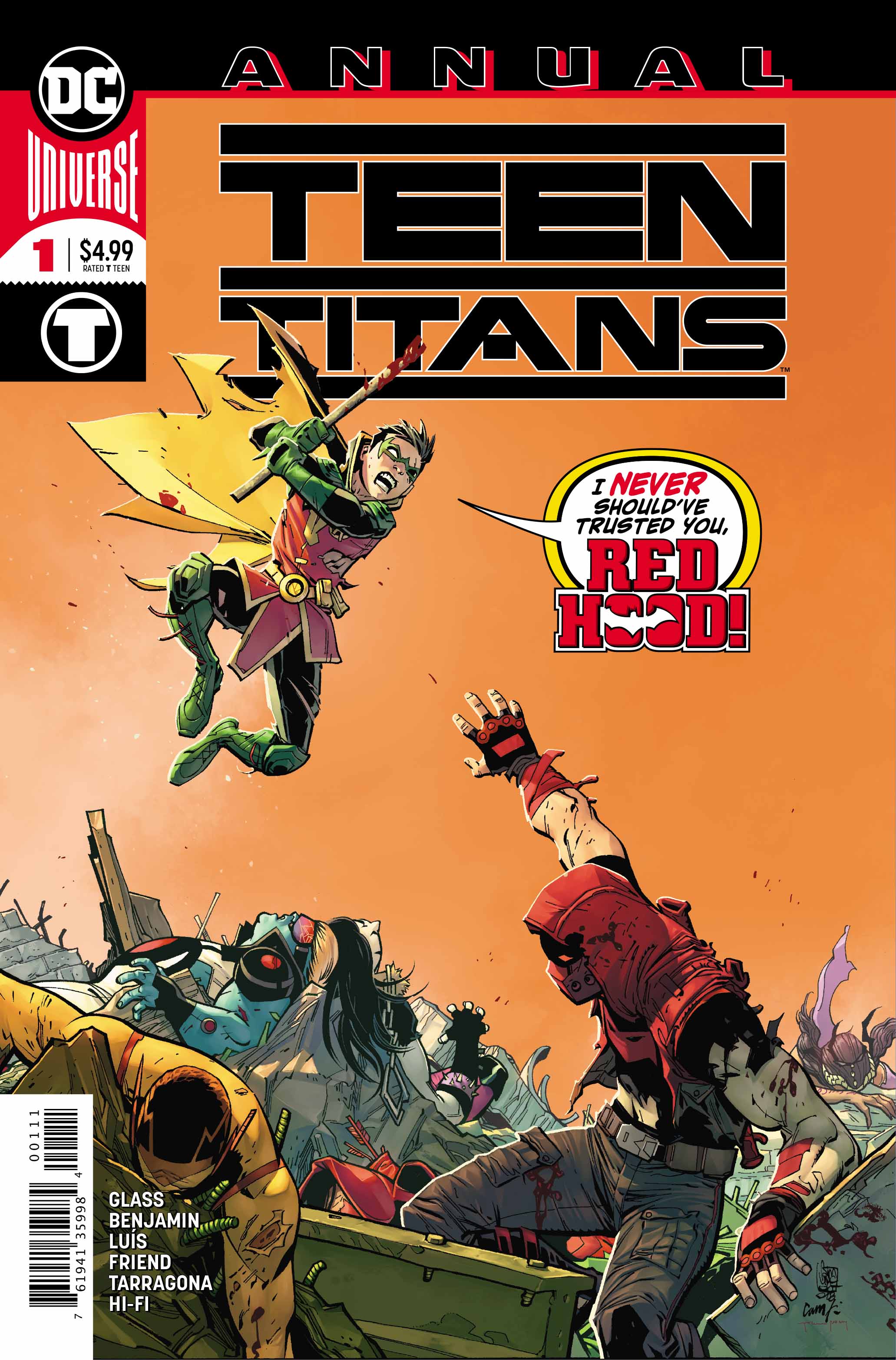 The first annual of Teen Titans’ current run sees writer Adam Glass team up with two new creative teams. This ties in nicely with what I feel is a big theme throughout this issue and the series as a whole; contrast. You’ve got the creative teams, two Robins and two separate tales in one larger story. Even the characters involved contrast heavily with each other throughout.

For me this was the standout section of the annual. The friction between Jason and Damian really comes to a head here and neither are backing down. The contrast (there’s that word again!) is evident throughout, so much so that I would have thought that both Red Hood and Robin had been drawn by different artists. I’m not sure if this is intentional but it certainly fits the vibe of the story. The dialogue is brilliant and produces one of my favourite insults from Damian thus far. The action is intense, and it’s clear that both have questionable morals and will fight for what they respectively believe in. 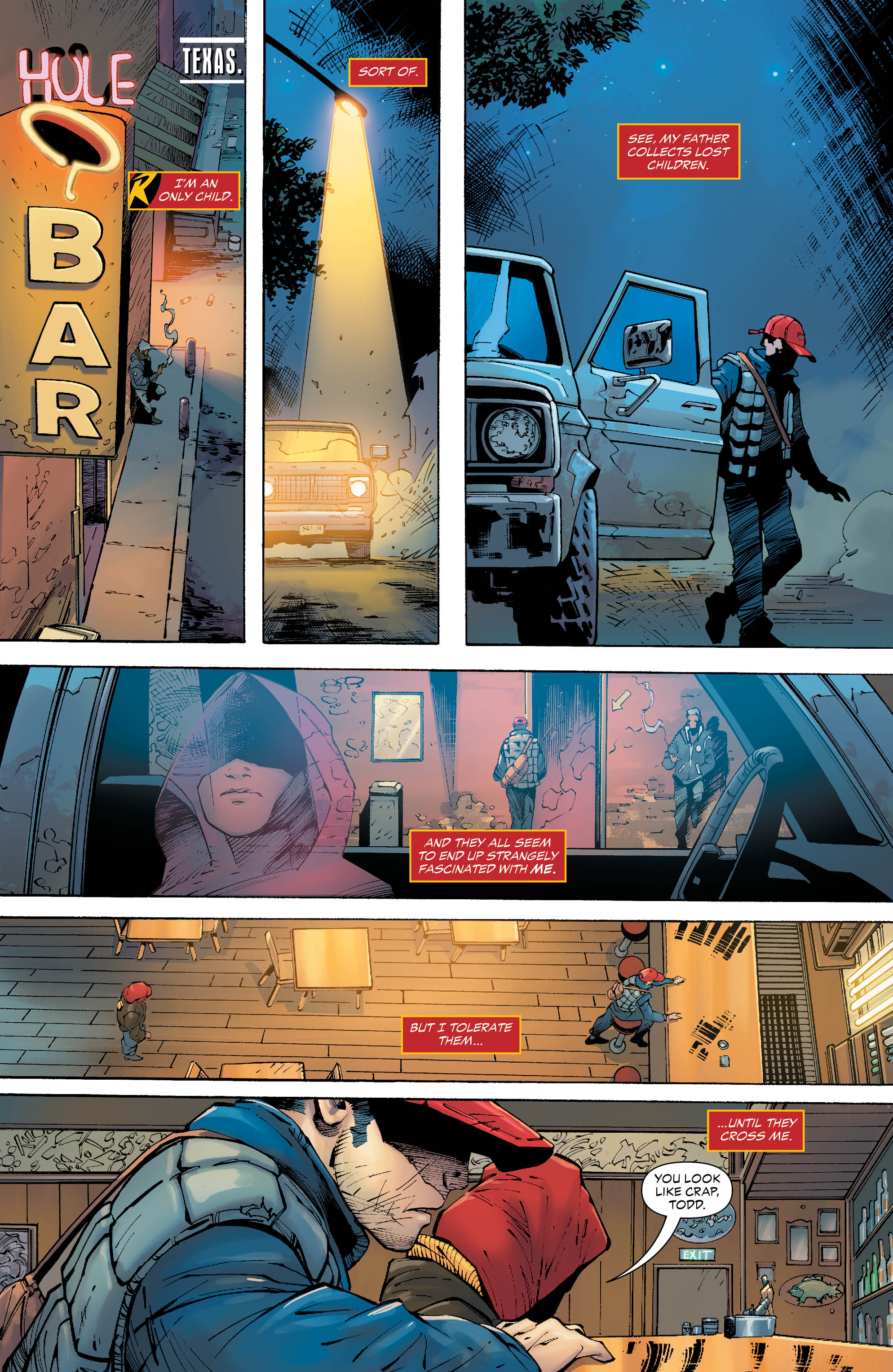 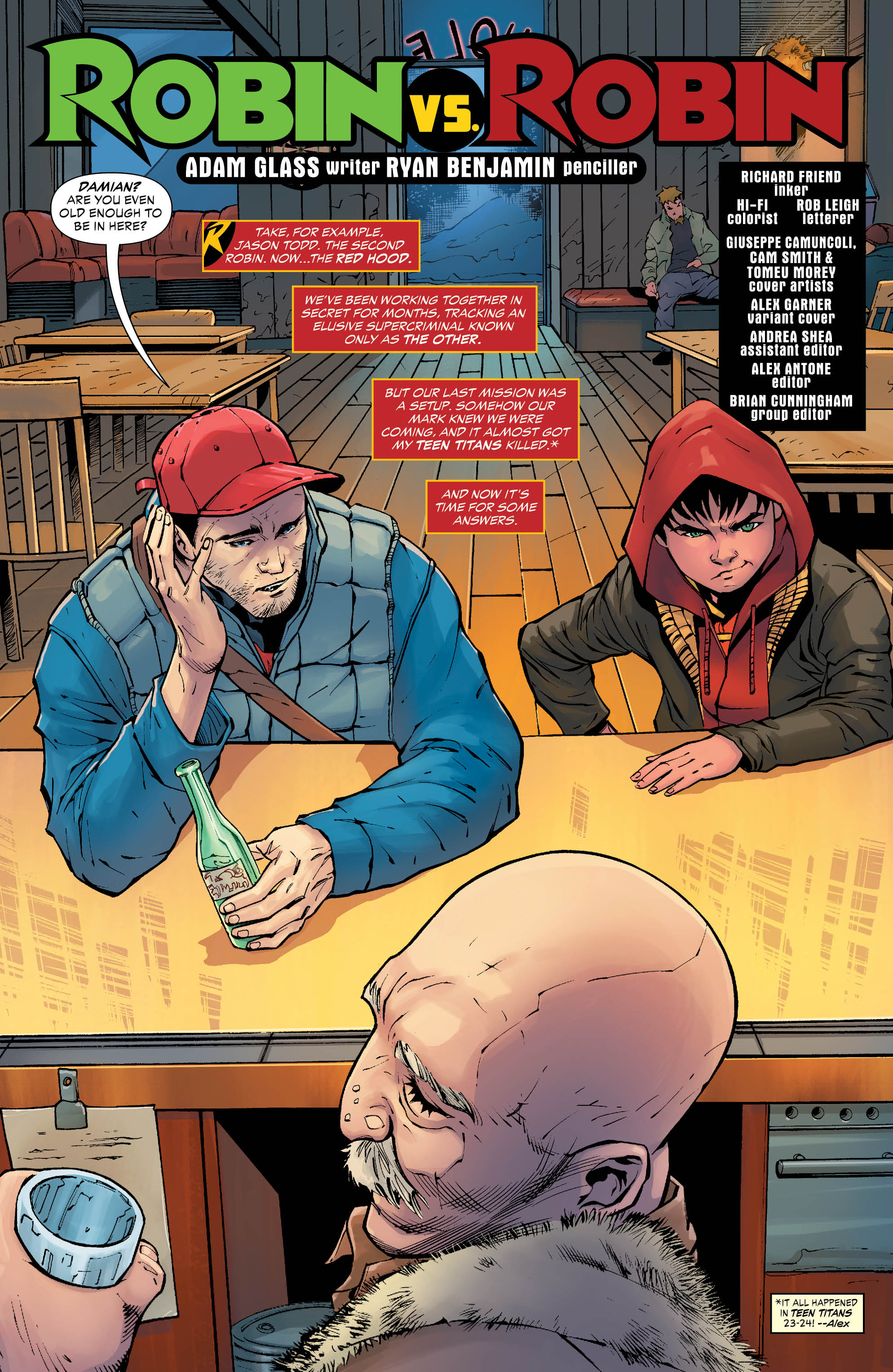 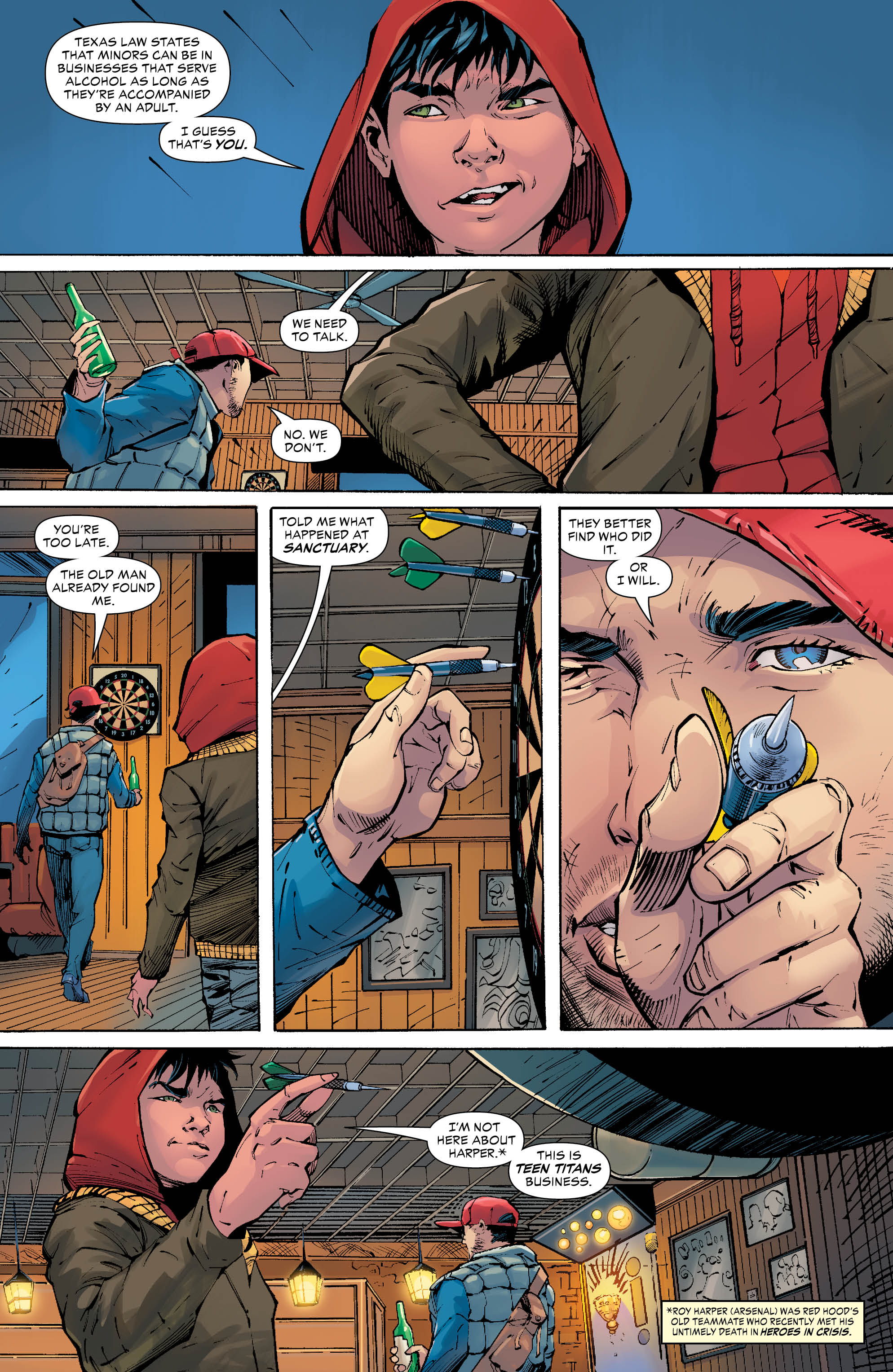 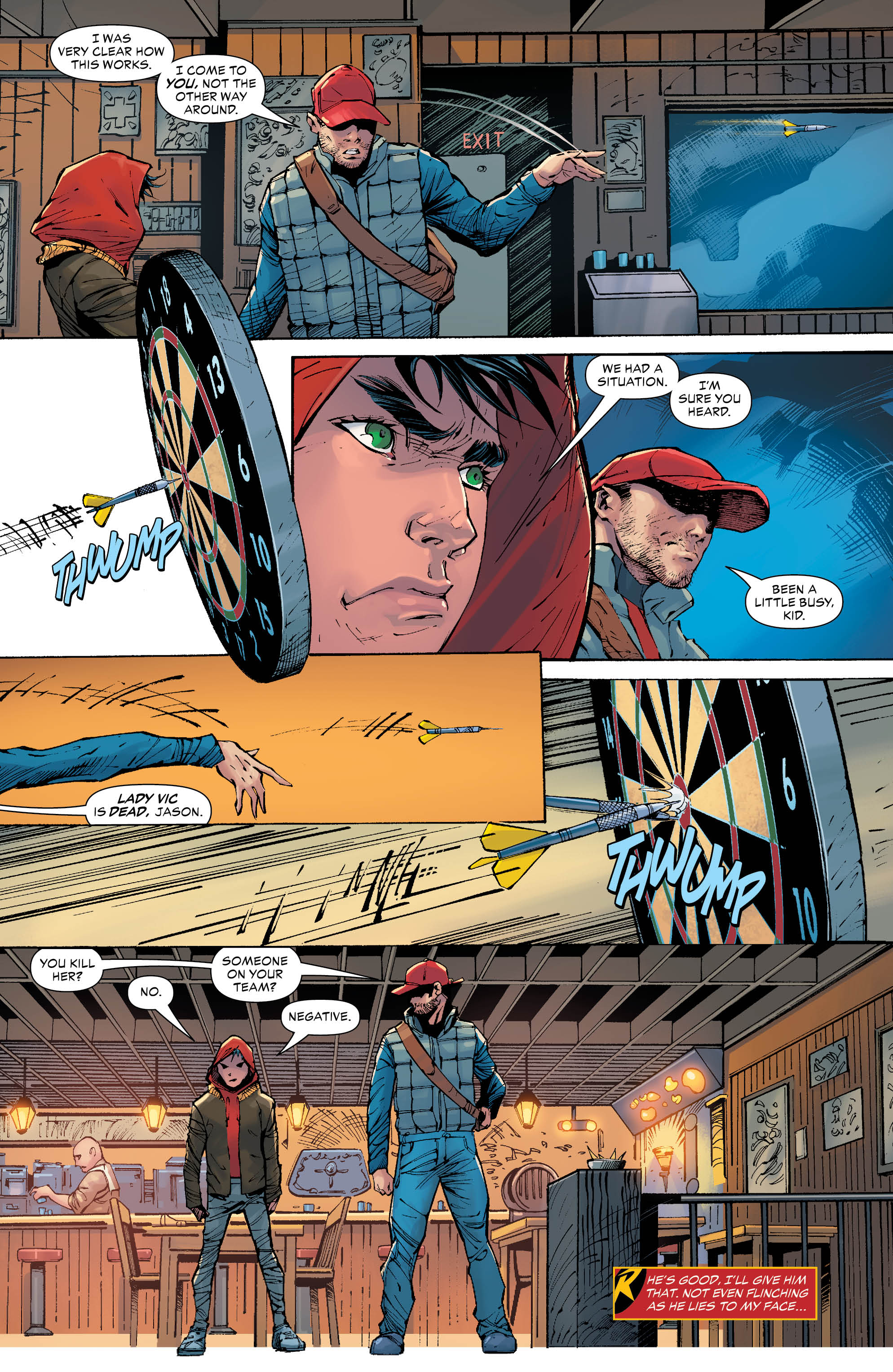 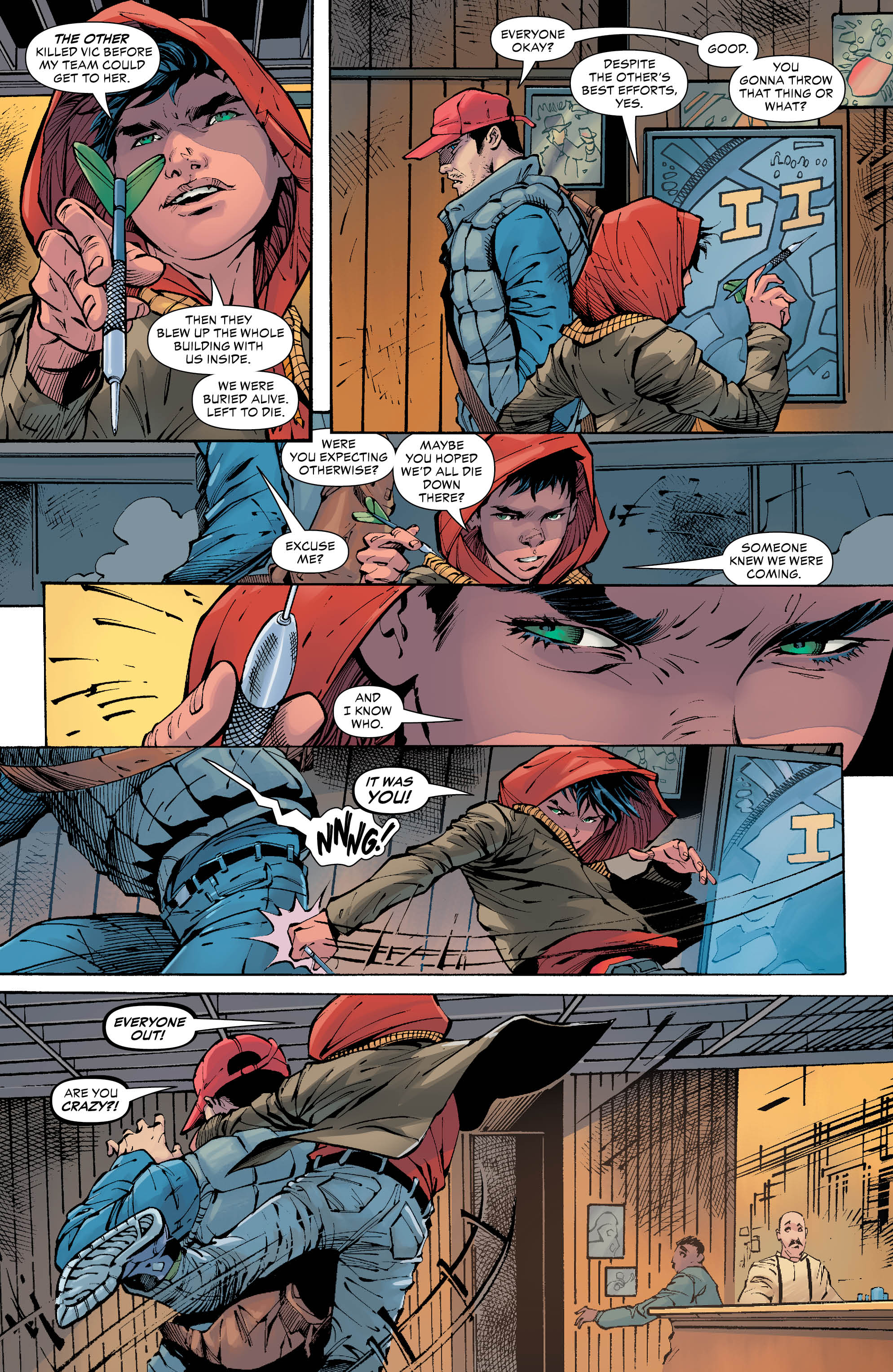 Joy to the World

Love/Hate springs to mind with this story. Not only does this describe many of the character traits displayed, but also how I felt reading. I loved seeing D’jinn being explored more as a character and the other team members reactions to her actions. However I hated Joystick, which is fine as he’s the bad guy and you’re not supposed to like them. His is actually a very clever use of a character to remind us that the series is about teenagers. Joystick emphasises many of the typical traits of an average teenager, so it’s nice to be reminded that this is a group of teens.

Overall I enjoyed this issue. Adams writing is great, I’m enjoying what he’s doing with the group and actually look forward to seeing how this continues to progress. Hi-Fi’s coloring is stunning, Kid Flash and D’Jinn are great example’s of this. I preferred the writing in “Robin vs Robin” but liked the art better in “Joy to the World”, but I didn’t dislike either story and found the annual enjoyable overall.

Animated ‘Batman Beyond’ Movie Rumored To Be In Development At Warner Bros.