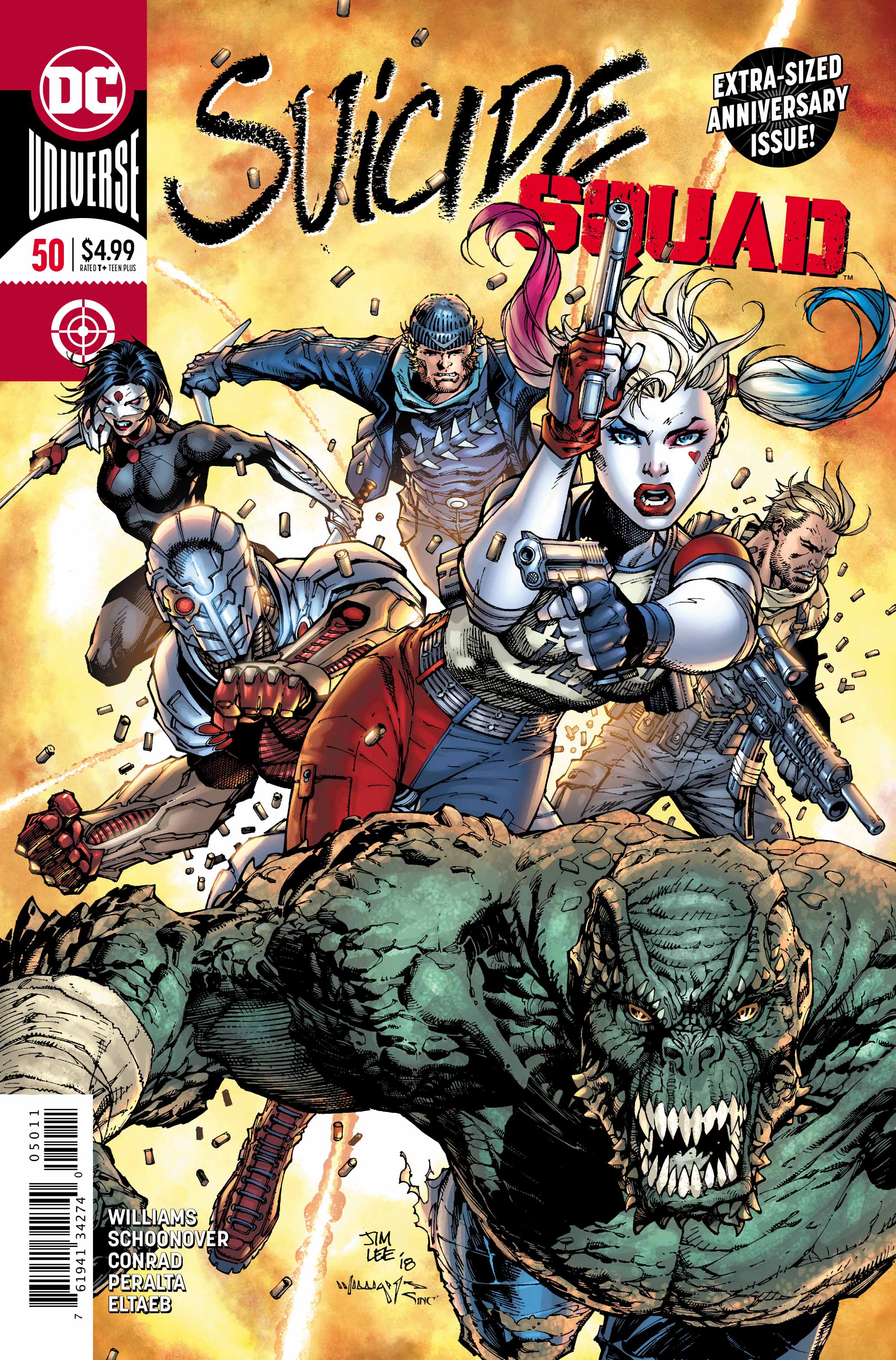 As I’m sure many of you have guessed by the title of this review, Suicide Squad has come to an end. It is with a heavy heart that I write this final review. This series had a rocky start, but has recently gone from strength to strength.

What Williams has done with these characters is something to behold. To take already established characters and write them in a new and refreshing way is no small feat! As much as the inconsistent artwork was a pain, the writing and storytelling of Suicide Squad always remained at a high standard.

There are things in this issue that are a nod to its 49 predecessors. The number one is that the location from the first and the last issues are exactly the same. It finishes where it began, a fitting end to a series that has come so far since it’s early issues.

The team is virtually exactly the same, all of the original members are there, with one exception. With the recent reshuffle of the team, new members rotating through, it was good seeing the old Squad back together. Even though it’s been a while since we’ve seen the team together in action, the dynamic was exactly the same! I really enjoyed the nostalgic feel of this final chapter, even the artwork is reminiscent of the first issue. 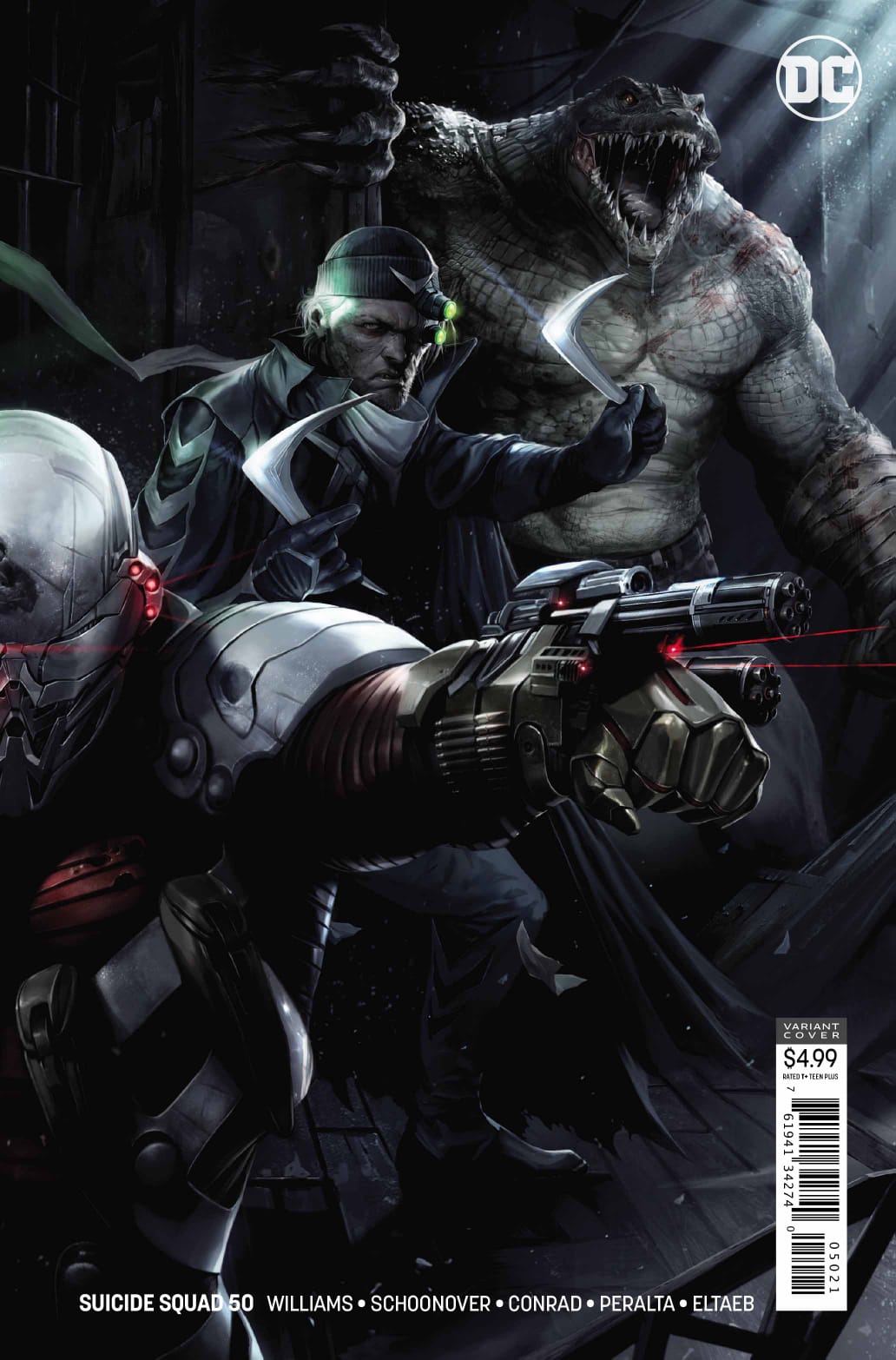 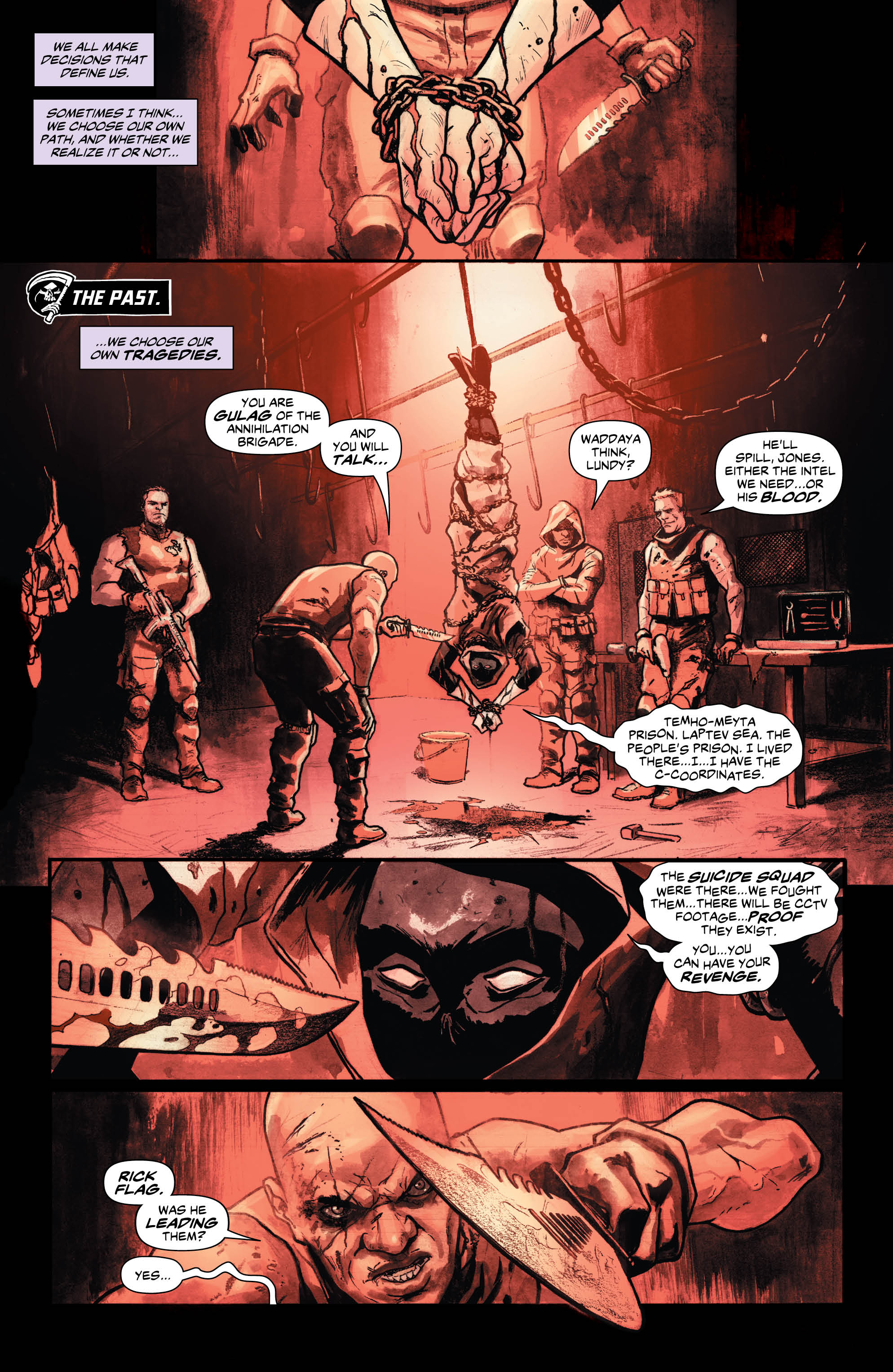 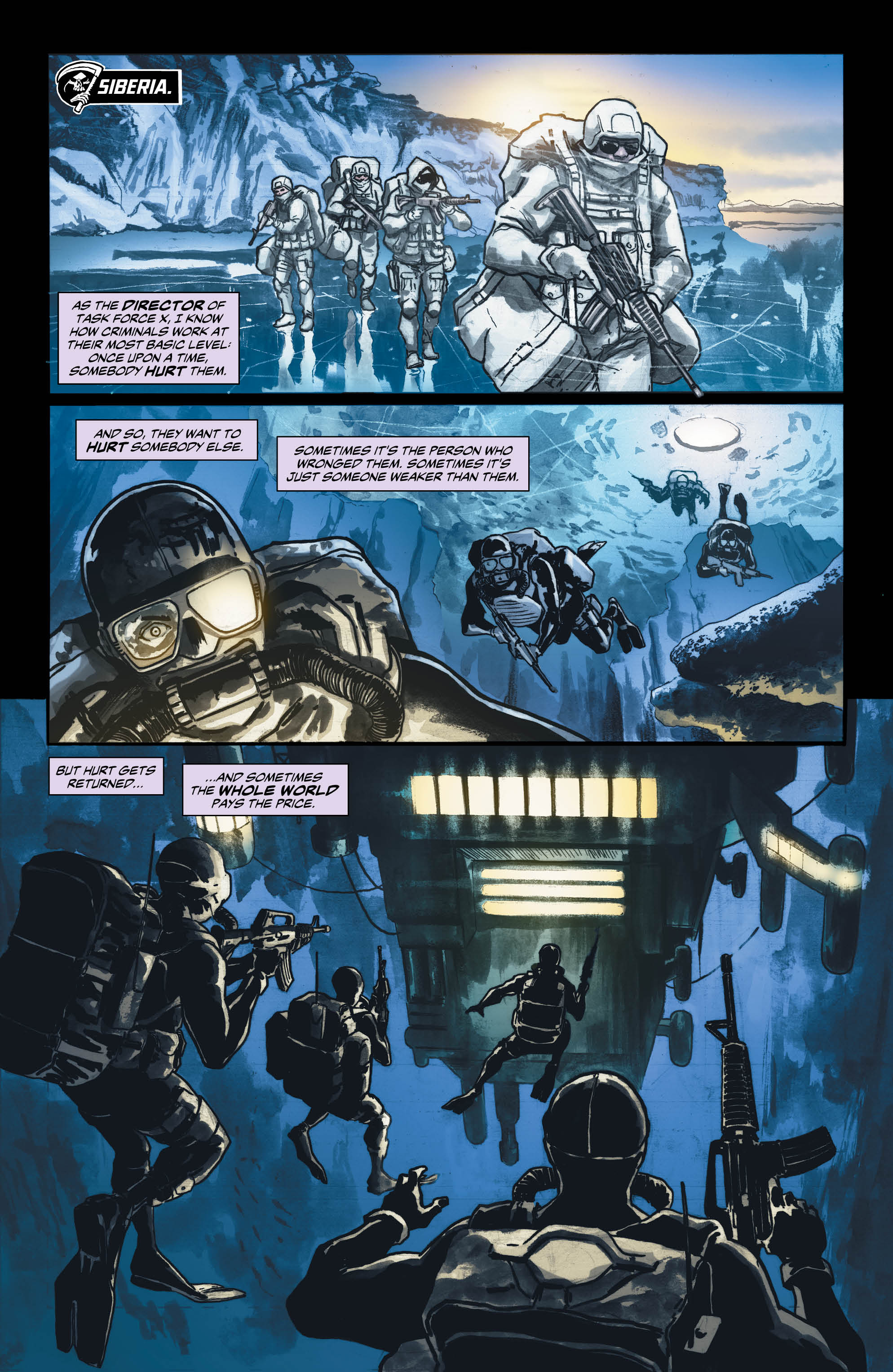 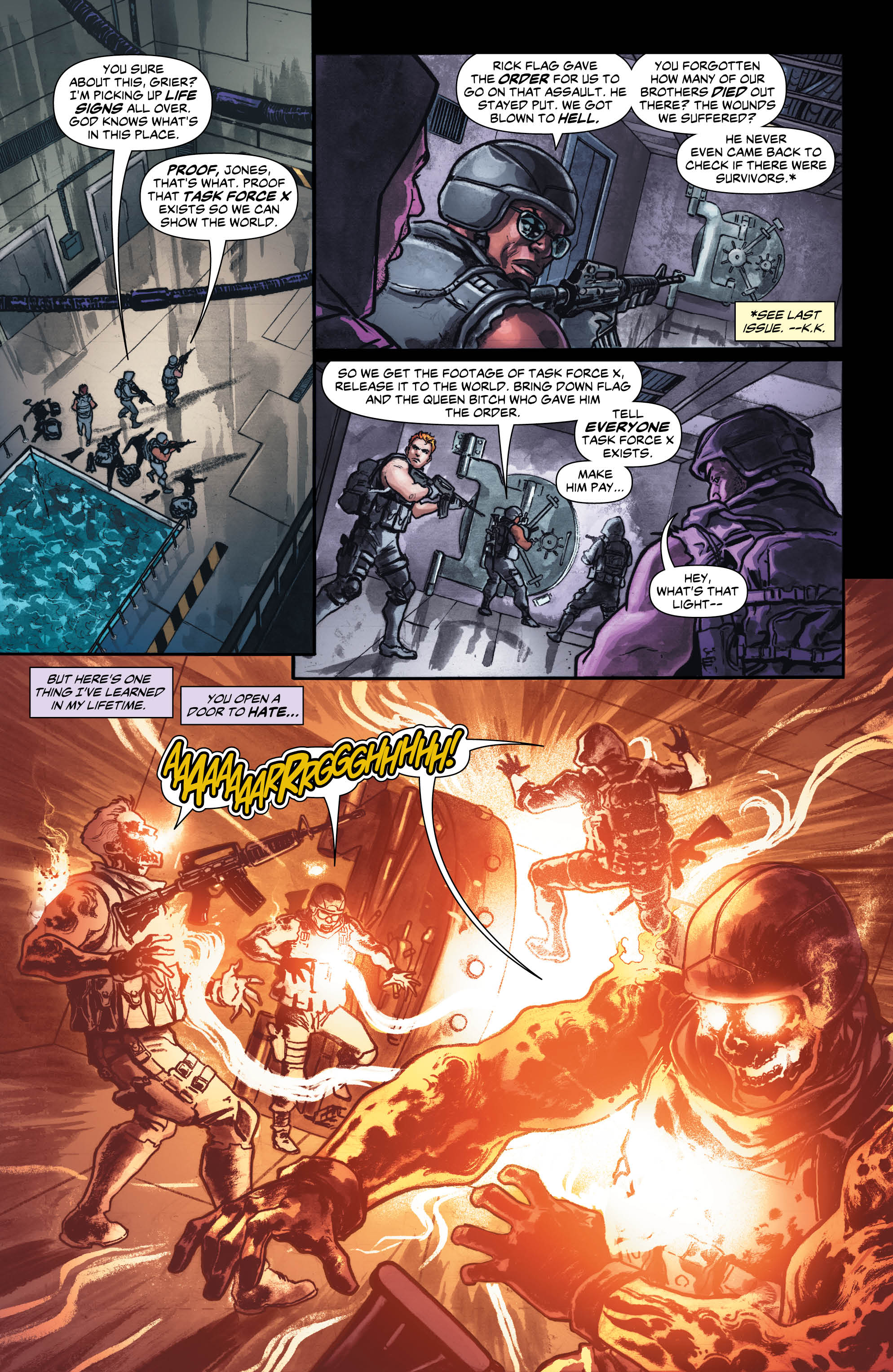 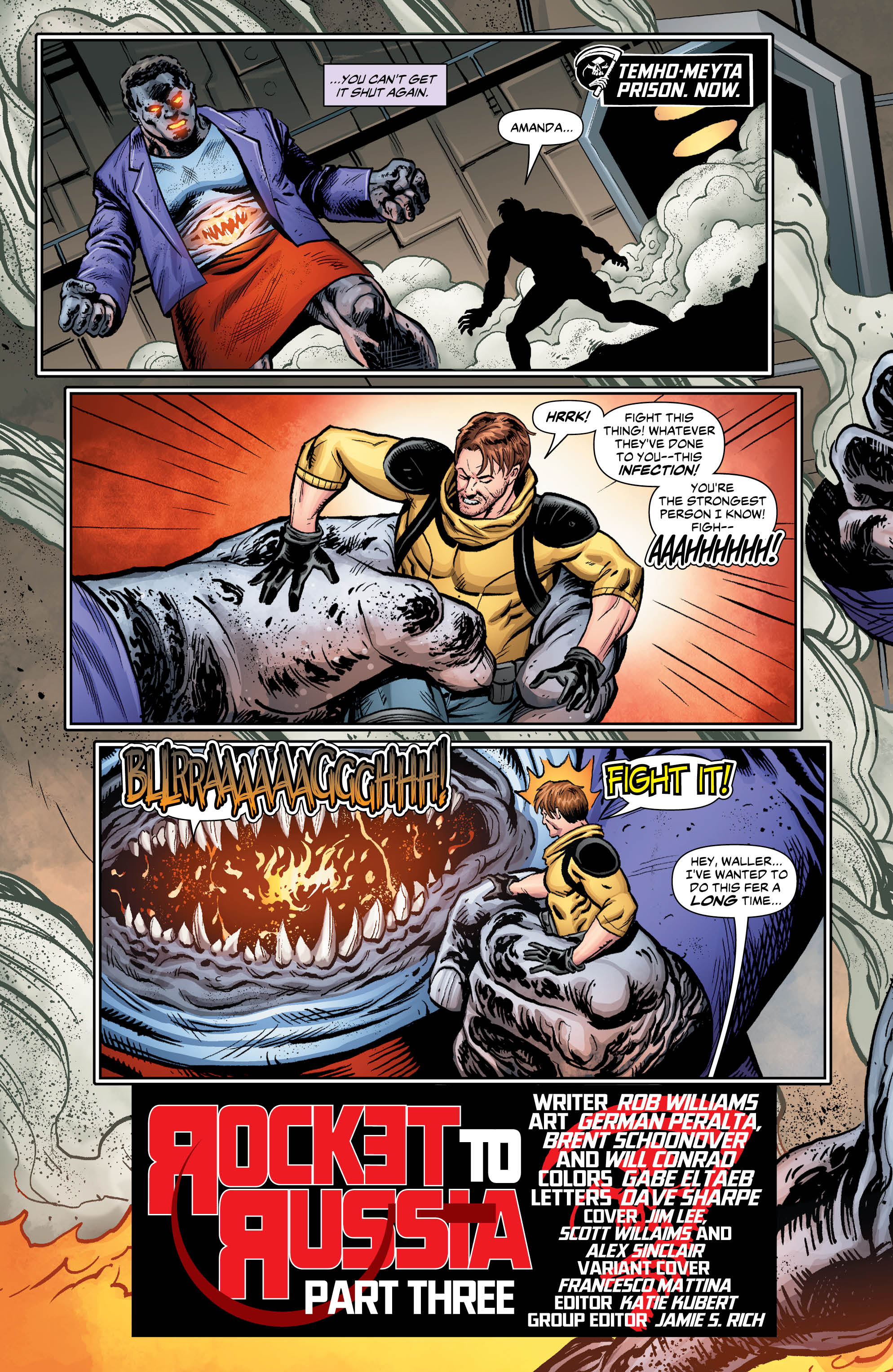 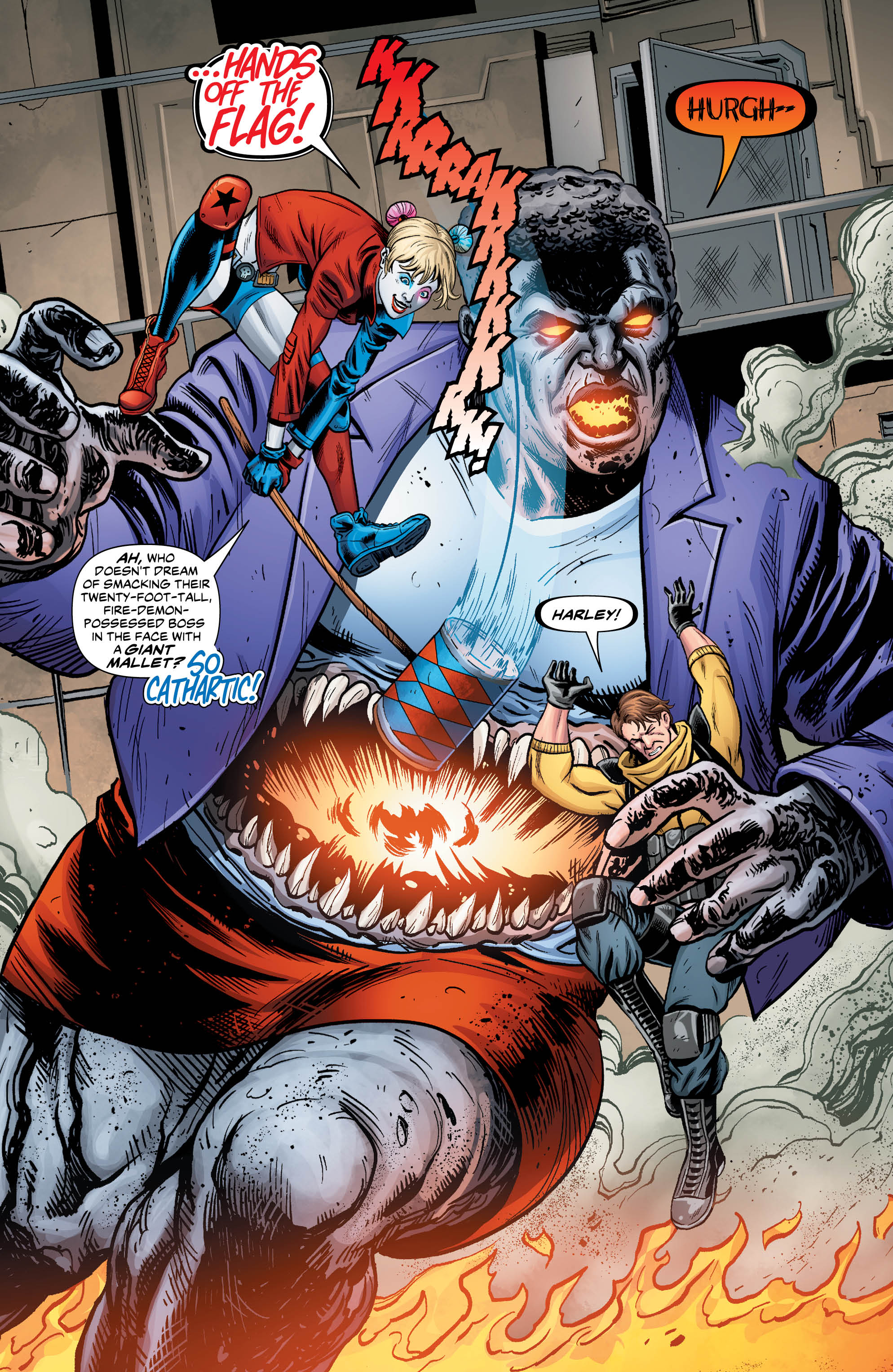 From the get-go, Suicide Squad has felt very character orientated. With such a vast amount of personalities to write about, it’s easy to see why. What Williams has done with every single one of them is sublime. He’s taken a group of criminals and made them people, something that very few people would even think of doing.

There have been story arcs that have given more depth and new insight into characters that we’re so familiar with already. This final run is another, showing us a glimpse of Rick Flag’s life before Taskforce X. There were also some story arcs earlier in the series that highlighted the more human sides of the villains.

A very fitting end to one of, if not the, best Suicide Squad runs ever. There were no loose ends, everything was tied up with a nice little bow on it. Things wrap up nicely for Taskforce X, as they conclude their business in Temho-Meyta Prison. Williams leaves the comic somewhere a new writer could come in and pick up from. Or alternatively, leave completely untouched and start anew. That takes some genuine skill and talent.

The run as a whole has been genuinely brilliant. Regardless of what I’ve said about the inconsistent artwork, I have thoroughly enjoyed reading this series. Now that it’s come to end, I hope it’s not too long before someone else jumps on board. If DC are looking for writers, I know a few that would be excellent choices within the ranks of our humble website!

‘Batwoman’ Pilot Reportedly Filming At The Beginning of March