Tom King is Giving Away Comics to Government Workers 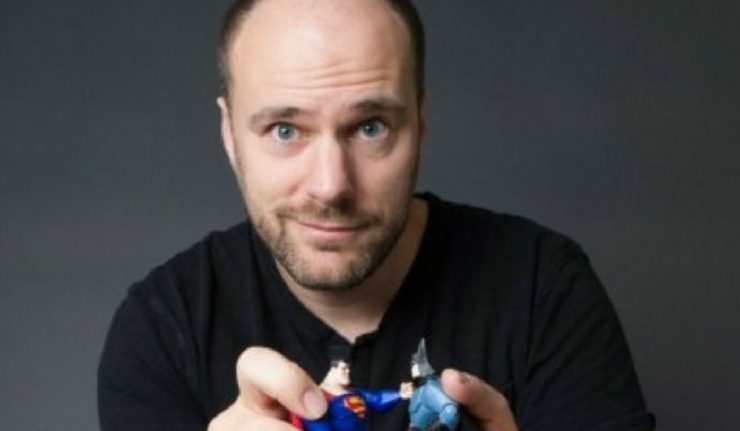 Tom King is a name that any comic fan should recognise. Currently fronting both Batman and the extremely popular Heroes in Crisis, it’s safe to say his career is moving along incredibly well. As if we needed any more reasons to love the guy, this weekend the writer is going to be giving away free comics to government workers at his upcoming singing at Third Eye Comics in Annapolis. This is to help those who have been hurt by the partial U.S. government shutdown, something very close to his heart. You can see his tweet addressing it below:

ANNOUNCEMENT: With the shut down, a lot of people are suffering. I've been there. Worked for the fed for 9 years, at times living pay check to pay check. Wanted to help, so I'm giving away my comics. This SATURDAY. Third Eye Comics. Annapolis. 11am-done.https://t.co/0TPm9Lv2Dk

Something many casual fans may not know is that Tom King used to work for the CIA. Yes, you read that correctly. Following this, he left the public sector and became an author before branching into the world of comic books. His time at the CIA informed his creator-owned series Sheriff of Babylon, alongside artist Mitch Gerads, as well as his work on Grayson with Tim Seeley.

It’s wonderful to see creators coming out in aid of the community around them, and King is certainly doing his part. The issues he is giving away are part of his complimentary copies directly from DC Comics; these are usually sold at conventions or events by creators to help supplement income, however King will be giving his away free of charge to anyone who presents a government employee ID. Additionally, Third Eye Comics, in support of this, are providing copies from their collection alongside King’s, which is an absolutely fantastic contribution.

Naturally, he will still be signing comics for everyone in attendance too, so never fear if you aren’t a government employee. You can find more details on the Third Eye Comics website.