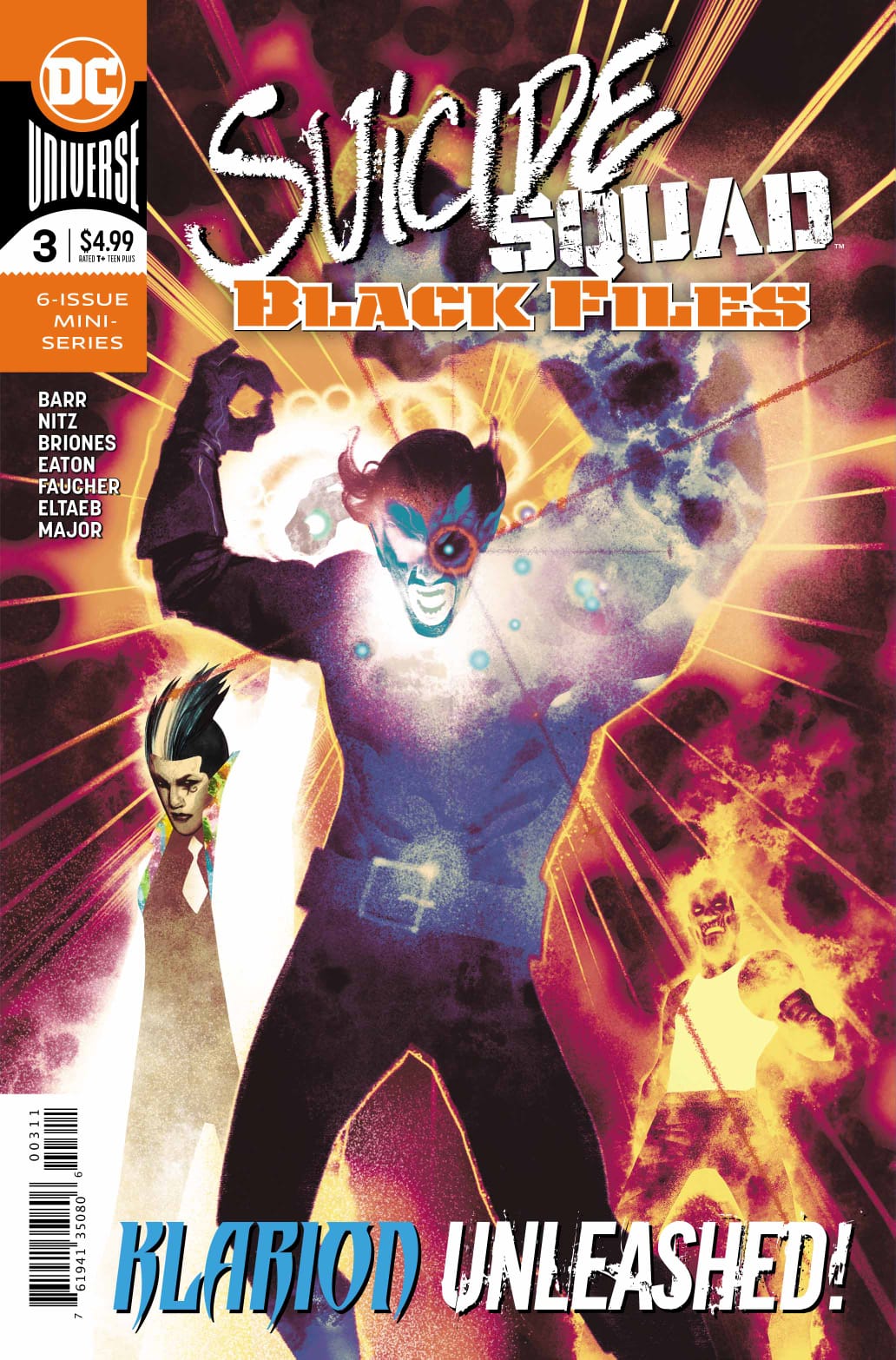 Following on from Suicide Squad Black entering Gem World and the team falling into Eve’s Trap, this issue is all about dealing with the consequences of those actions. With chapter three of “Rota Fortuna” starting of this issue, it’s good to see that the new team aren’t just here as a back up to the main squad. They come face to face with Sebastian Faust and are presented with an offer that is difficult to refuse.

Jai Nitz’s writing on these issues is brilliant, putting a newly formed team into a compromising position is very clever. We get to see how the squad members react and also adapt to these challenges. As the story progresses we learn what is motivating Faust and just how powerful he really is. Scott Eaton’s artwork really does a great job at highlighting the high pace and action throughout,  Guy Major’s colors compliment this perfectly. 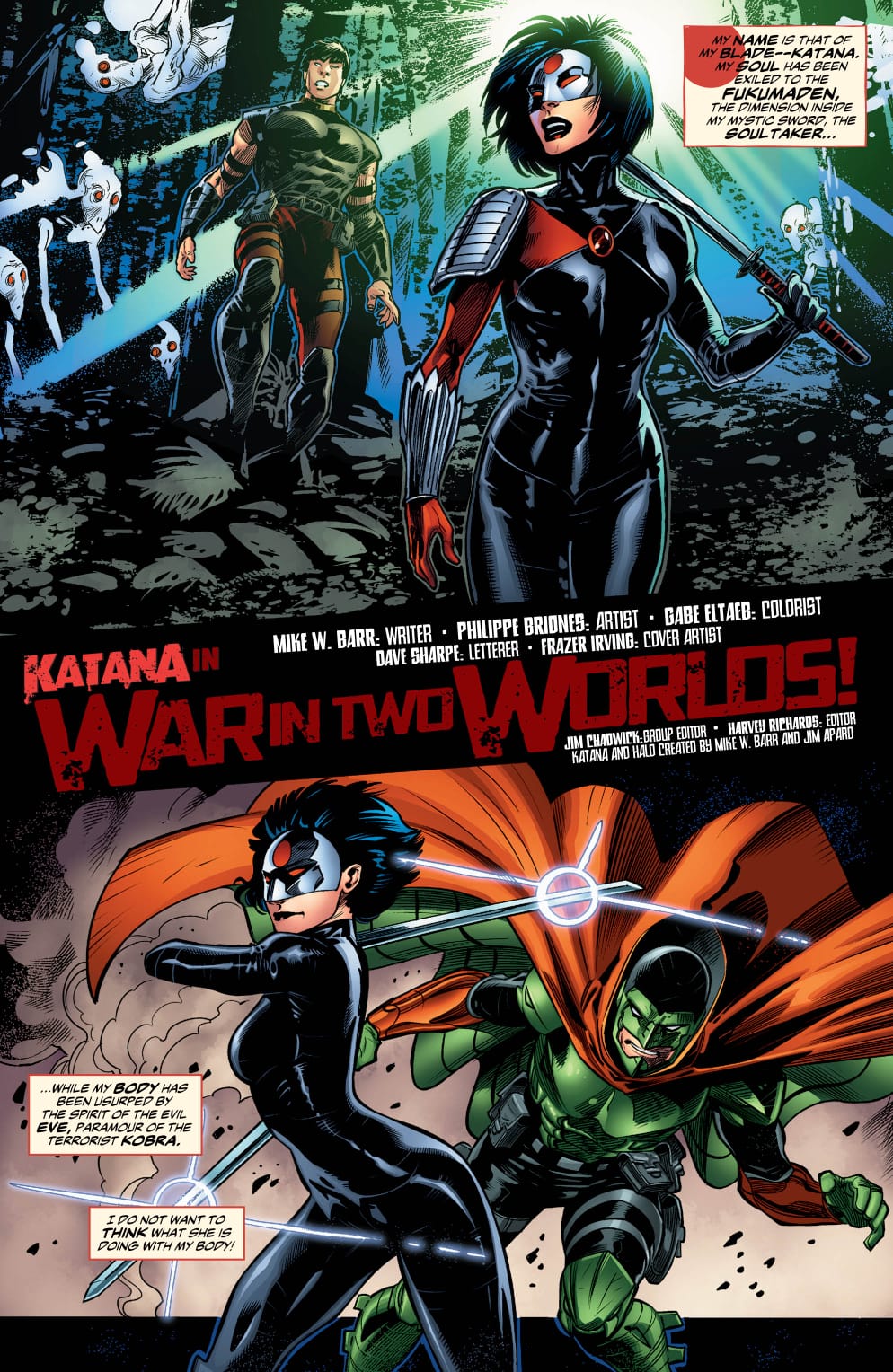 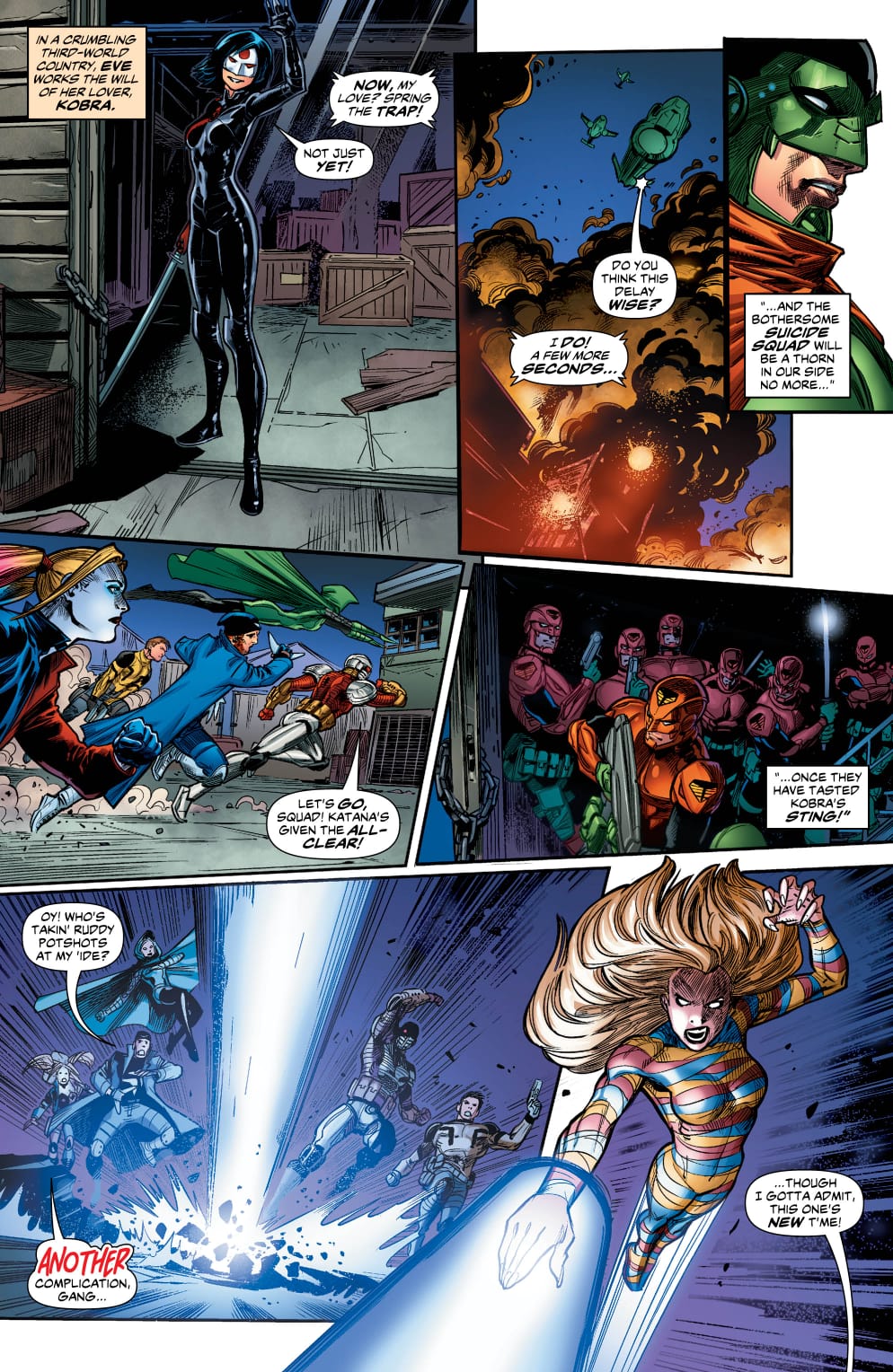 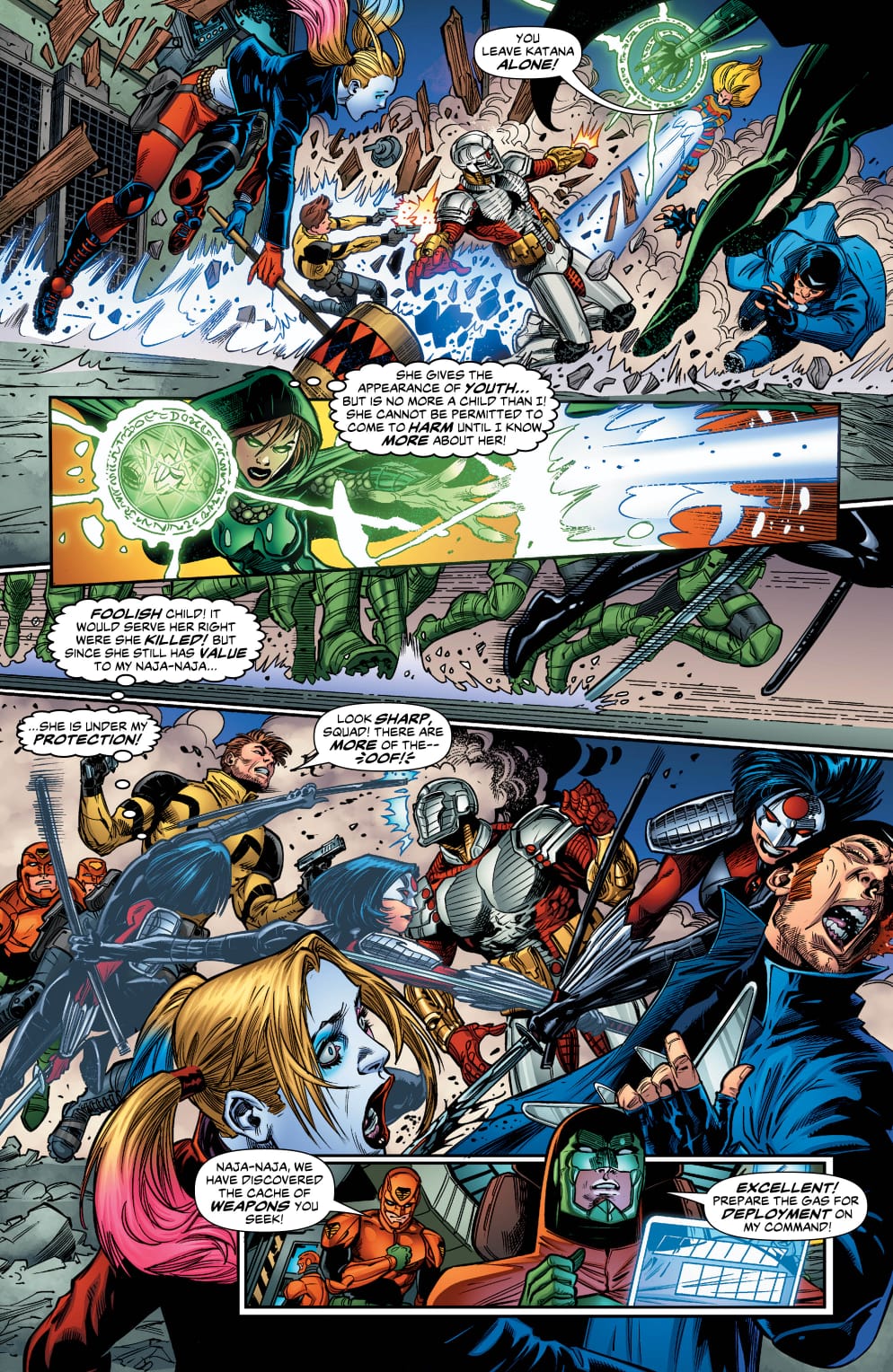 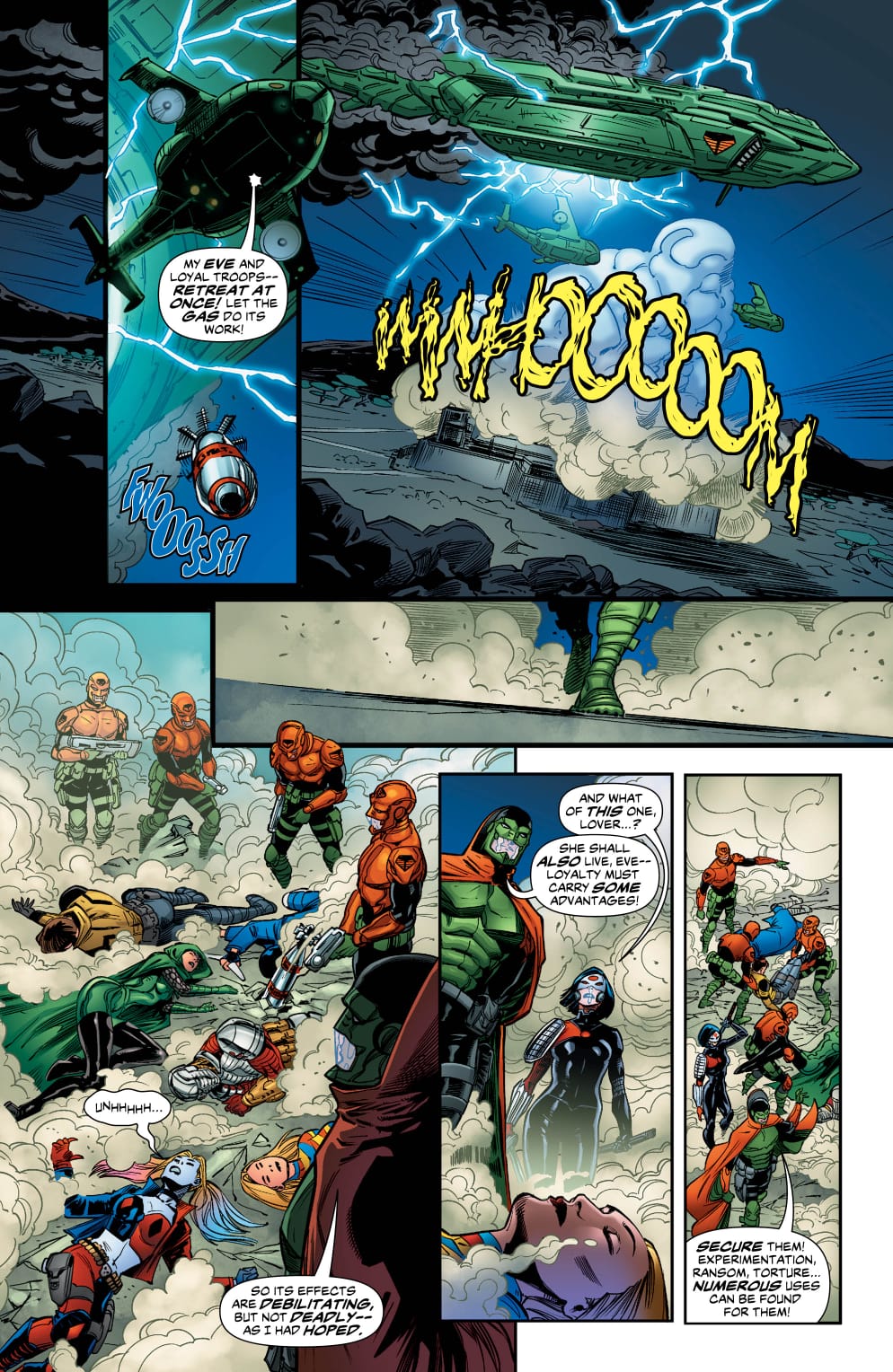 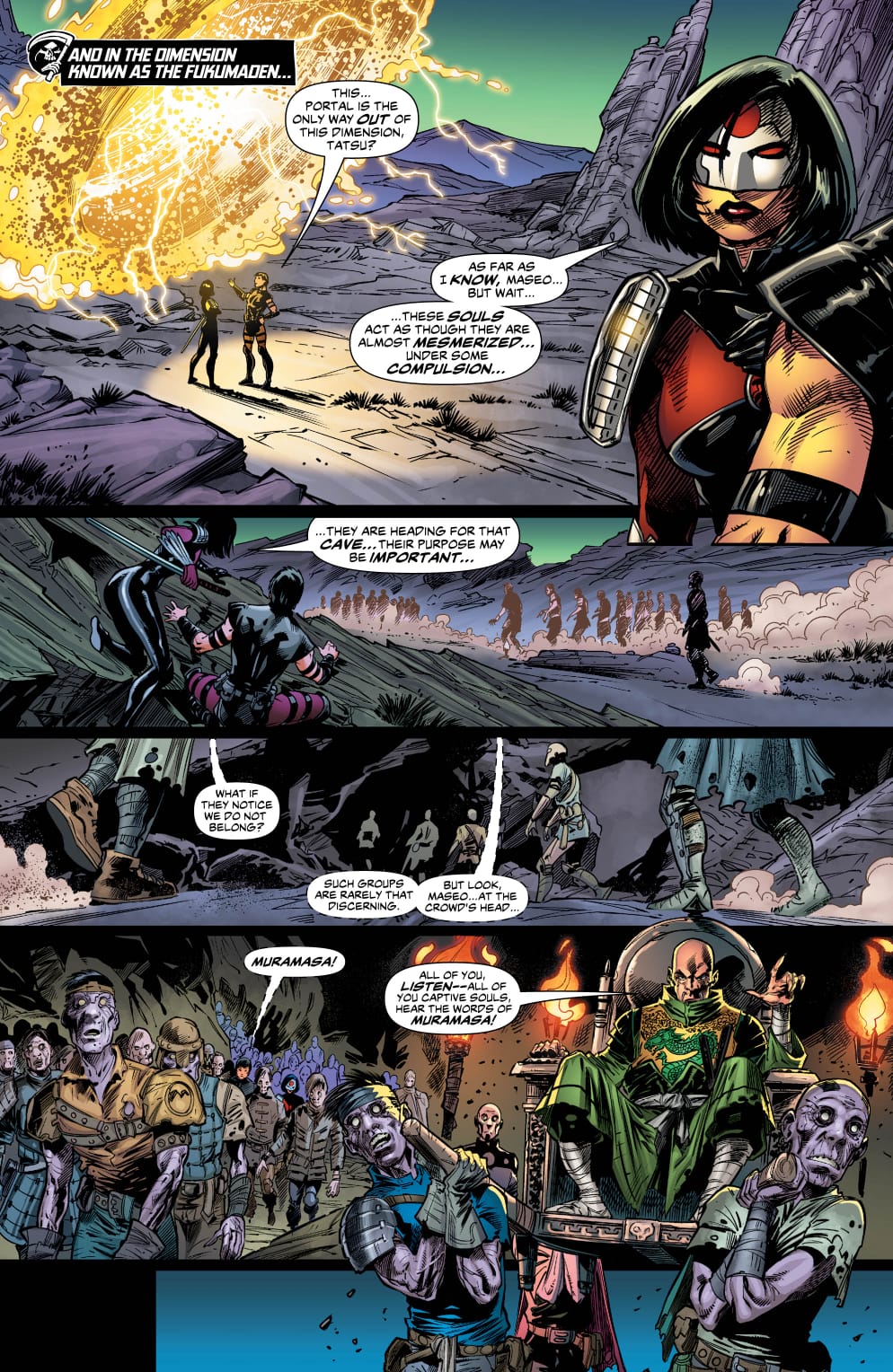 As you’ll see from the images above, this story has plenty of action too. Starting off with the main suicide squad facing Eve’s trap and progressing through to Katana’s struggles in the mystical world of Fukumaden. Mike Barr’s writing really ramps up the action in this story. With both the squad faced with a deadly situation and Katana discovering that there is more to worry about than just Kobra, this issue really is a high octane ride.

For me its a privilege to read Mike Barr ‘s take on Katana’s struggles on the other side of The Soultaker. I can wait to see how the rest of the arc fleshes this out. However the real winner for me is Suicide Squad Black and El Diablo’s progression as a leader, its very refreshing to see a different squad and get a better look at lesser used DC characters.

More Action Added In Latest Draft Of ‘The Batman’ Script