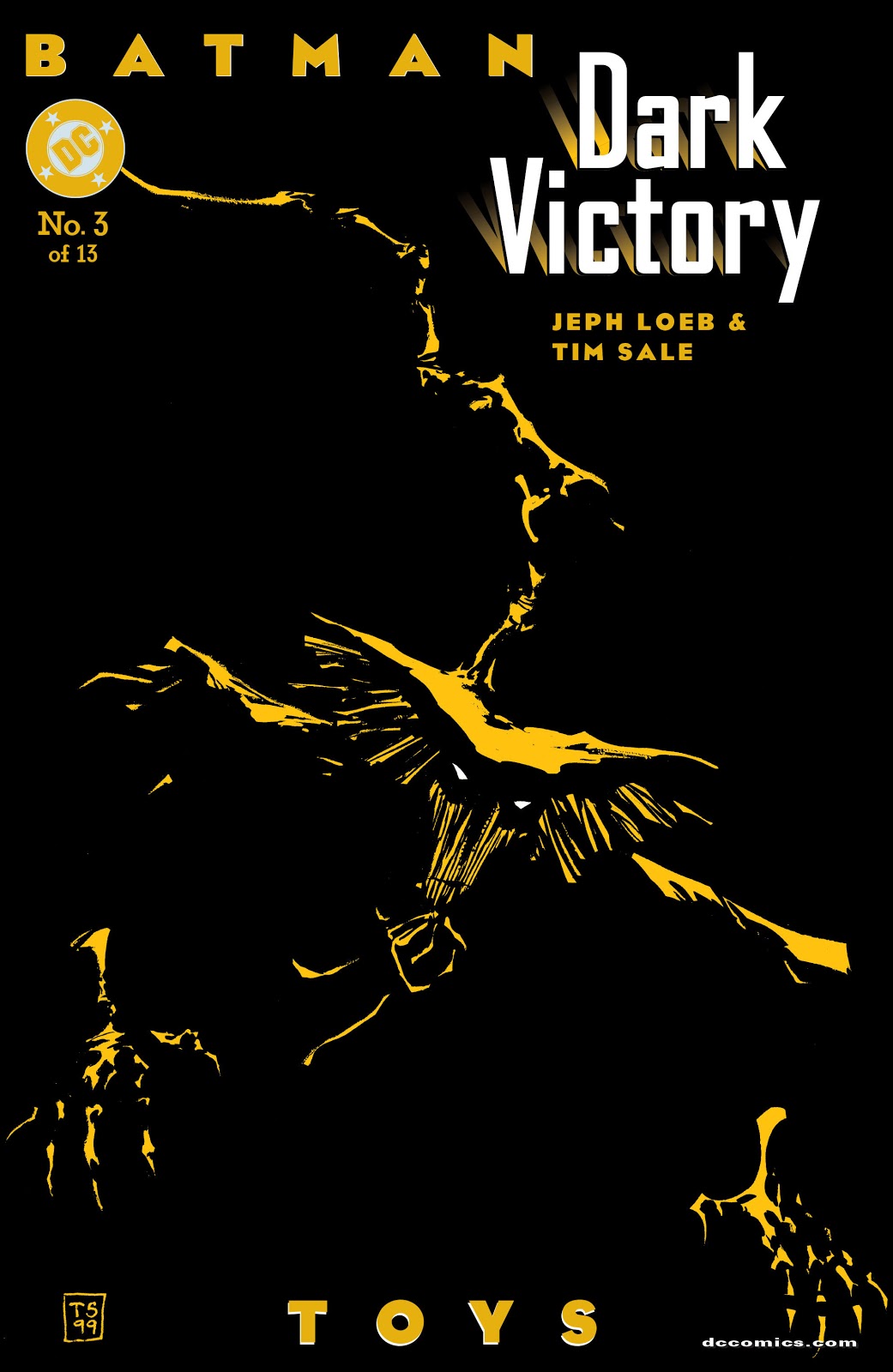 The mysterious Hangman is killing policemen in Gotham City and Batman is struggling to find out the murderer’s true identity.

The issue starts off with a shocking image of a dead body being hanged. The victim is former Gotham City Police Detective Arnold Flass. Flass was not only Commissioner Gordon’s old partner back in Frank Miller’s Year One story, but one of Gordon’s main antagonists in the story.

The off-screen death of Flass is another signal that the old crime in Gotham is dying. Flass represented the pinnacle of police corruption in Year One. However, in the rising age of super villains, he is just another victim. On a meta-level, his death also explains why readers do not see the Year One characters anymore in current continuity. In the previous issue, former GCPD Commissioner Loeb bit the bullet. Here, Flass gets it.

Speaking of Year One callbacks, the message pinned to Flass’ body is an incident report where Flass first meets Batman, as shown in Year One. 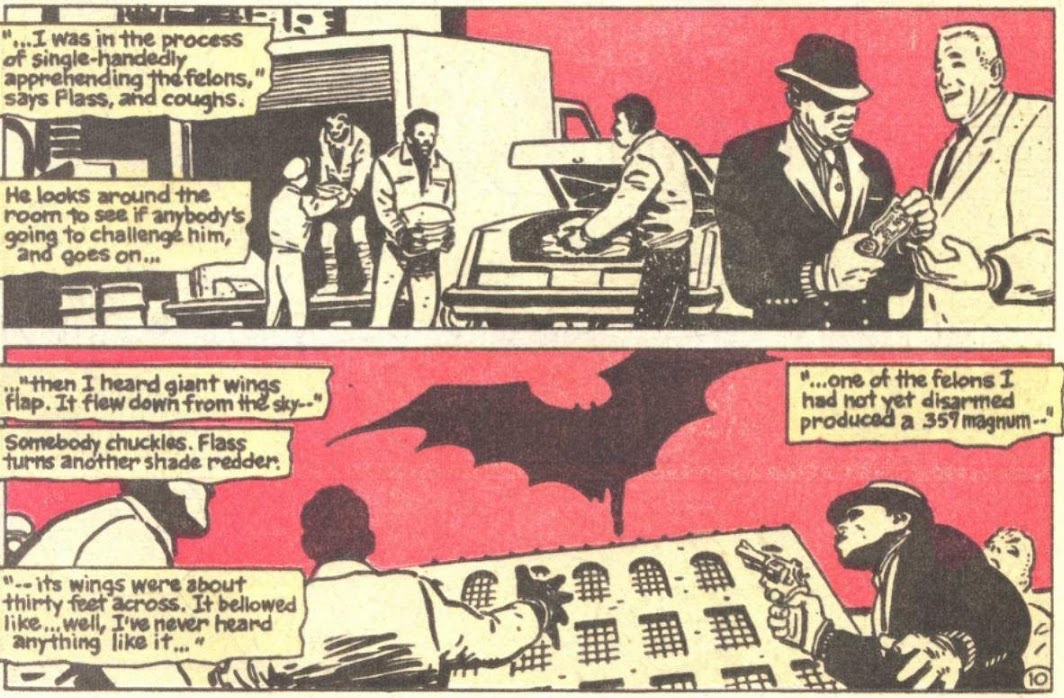 Flass’ incident report is from his first run-in with Batman as depicted in Batman: Year One

Check out this two-page spread by artist Tim Sale. There is barely any dialogue in it, but the art alone conveys the story. 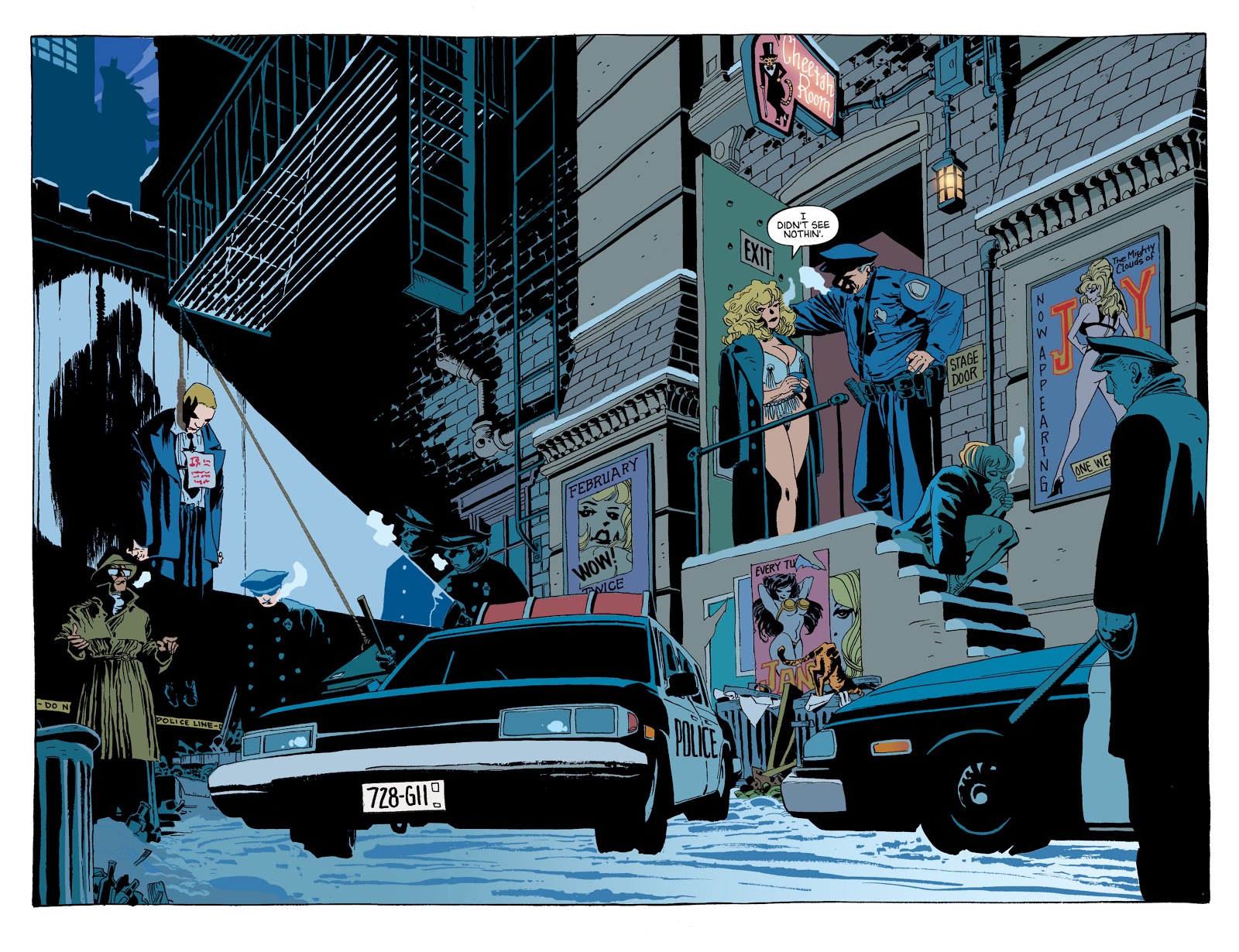 If you look from left to right, you can spy Batman investigating the scene from the rooftops. You can also survey that the police have already been in the area for a while and interrogating dancers at a gentlemen’s club.

The coats on the dancers indicate that the police are trying to take care of the witnesses. Finally, the stern policeman hunching over one of the dancers demonstrates some level of frustration with how fruitlessly his questioning is going.

This spread is a great example of “Show-not-tell” storytelling. Instead of boggling the readers with excessive dialogue or explanations, writer Jeph Loeb trusts Sale to show all of this in one succinct image. Despite his shortcomings as a storyteller, Loeb has always been excellent at playing to his artist’s strengths.

Batman gets spotted by the police and Sparta the crime scene. To express his isolated state of mind, Batman pontificates how different he is from actual cops. 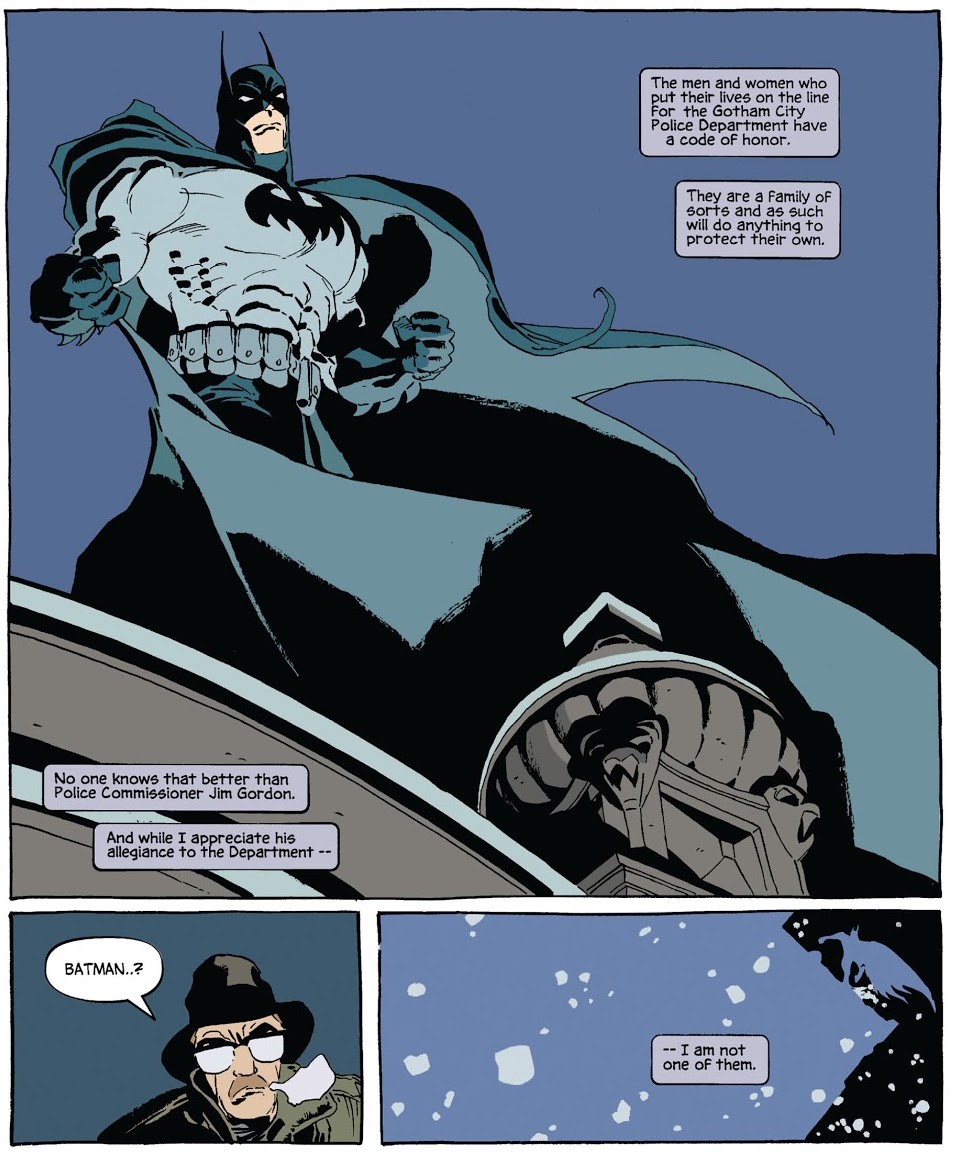 Batman’s distancing himself further away from Gordon and the police.

[The police] are a family of sorts and such, will do anything to protect their own. Nobody knows this better than Police Commissioner Jim Gordon. And while I appreciate his allegiance to the Department, I am not one of them.

Batman gets a lead by going to Tony Zucco, who points to the Scarecrow. While this scene is not extremely important in the over-arching plot, it does show Zucco in action. Long-time Bat-fans know that Zucco will go on to play an important role in the death of the Graysons in the near future. In fact, the repercussions of Batman’s actions here actually lead Zucco to target the circus later one. 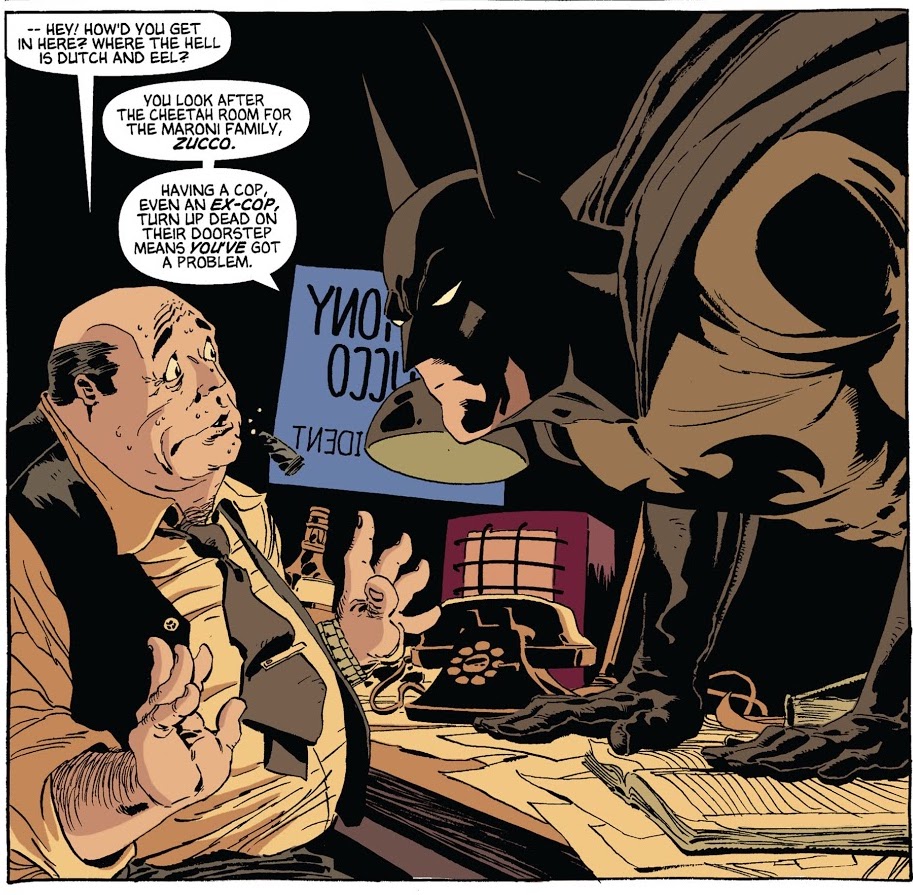 After another unsuccessful encounter with Scarecrow, Batman leaves frustrated and empty-handed. Well, almost empty-handed. Batman managed to snag a noose off of Scarecrow, which indicates that he is working for somebody else.

Batman pulls a noose off of Scarecrow.

While Sofia Gigante and the rest of the mob stew over losing a number of their assets, Selina Kyle impatiently waits for Bruce Wayne at Wayne Manor. Just like with Gordon, Batman stopped upholding any inter-personal relationships and continues to push Selina away.

Despite Alfred’s assertions that Bruce is a good man, he continues to push Selina away.

In the meantime, Batman bullies Alberto Falcone at the Falcone family estate. Batman seems to be getting desperate and believes that Alberto is somehow behind the Hangman killings. This is an almost random shot in the dark for Batman, the way he wildly accuses Alberto of tampering with his ankle monitor. It makes Batman look sloppy and slightly incompetent as a detective. It is also showing how exhausted Batman already is from this investigation. 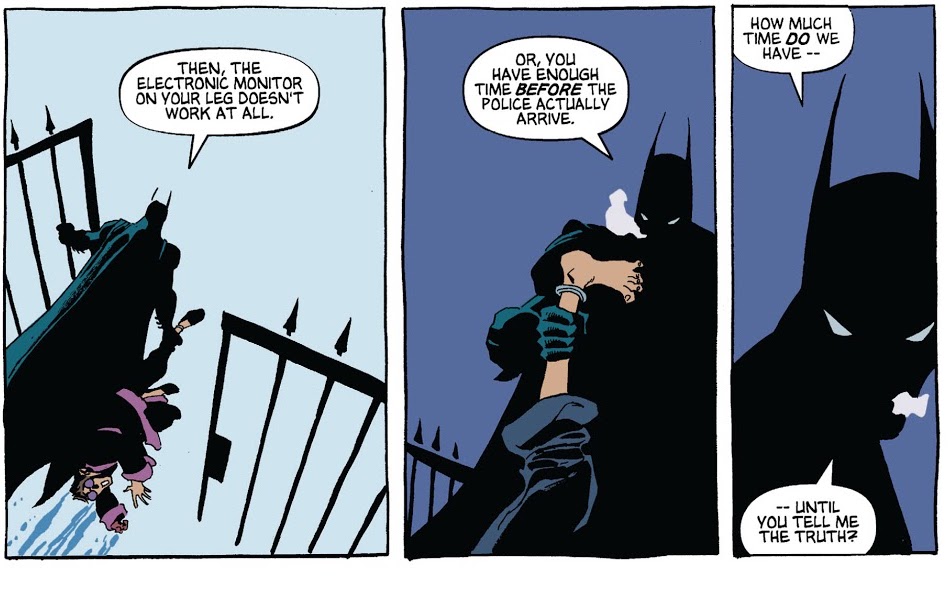 After Batman leaves Alberto, his brother Mario Falcone reveals to Gordon and Porter that not only was Alberto harassed by Batman, but he has been hearing his dead father’s voice. Despite Mario’s assertion that Alberto is sleeping, Alberto is seen wide awake and haunted by voices.

You had all the power. Now look at you. What are you going to do about it? 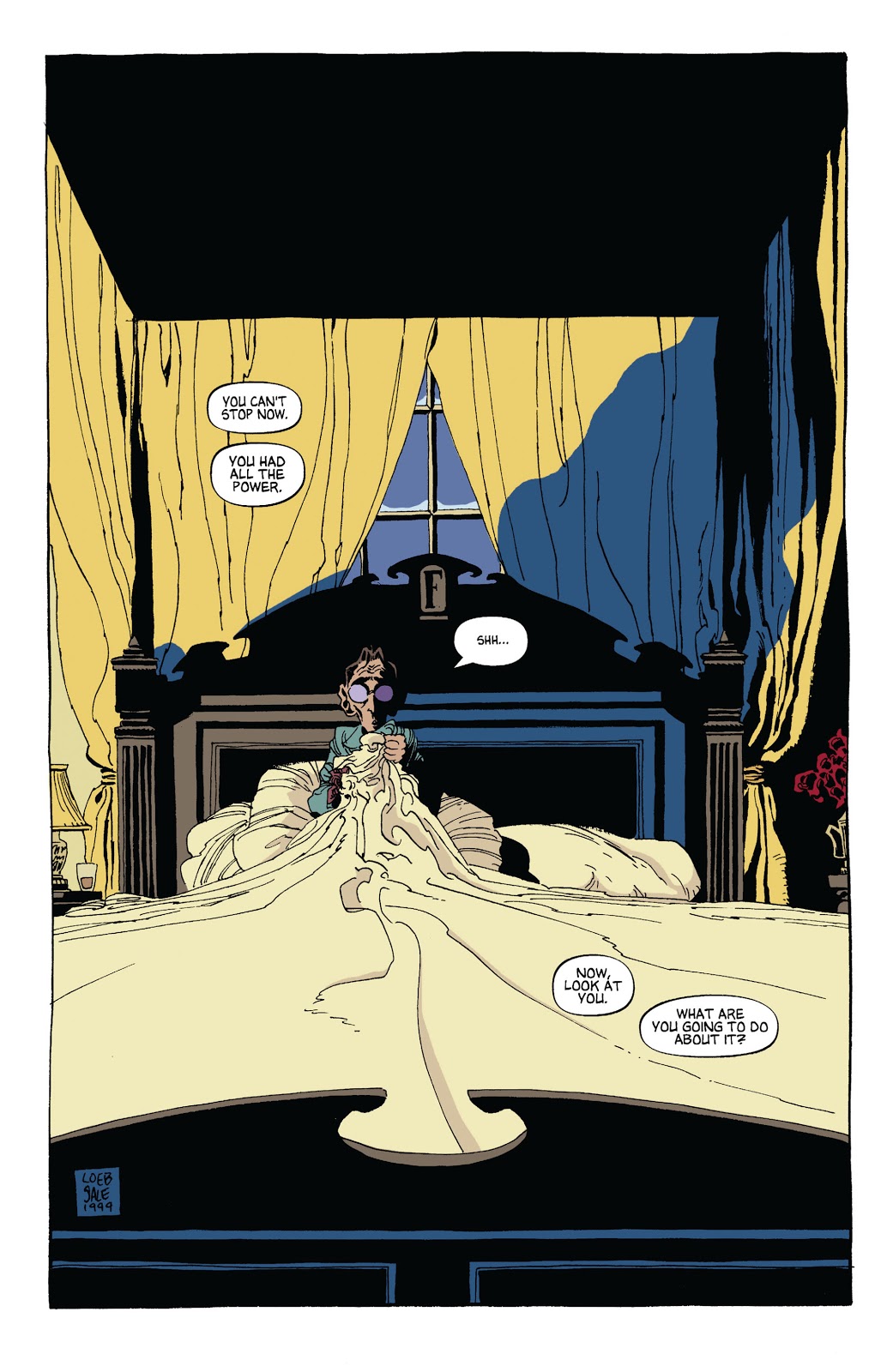 There is a running theme between Dark Victory and The Long Halloween of reversals in power. At the end of TLH, Alberto was on top, when he was the Holiday killer. But now thanks to his crippled hand and his house arrest, he is a pathetic shell of a man. Similarly, the Falcone crime family was seen on top of the criminal hierarchy and now they find themselves divided and floundering as super villains seek to replace them.

Loeb and Sale produced another satisfying chapter in the ongoing Dark Victory saga. However, there is also a sense that Loeb is spinning his storytelling wheels a little bit. There is not much overall progression in the plot. Most characters stayed pretty much where they were from the last issue, with the odd exception of Tony Zucco. Still, the imagery that Sale provides, on top of more assertions of several thematic motifs help bolster this chapter.

To read my review of the previous chapter of Dark Victory, click here.