It’s always a joy when I open my email to find a press release from DC Comics waiting for me. This morning I discovered a lovely message previewing some of the coolest Batman related titles hitting comic-book stores on January 2nd.

In Batgirl #29, a new storyline begins from Mairghread Scott and Paul Pelletier. Politics gets personal as the race for Congress in Gotham City heats up, leading to civil unrest in Barbara’s new neighborhood as a new villain begins to make themselves known!

In Old Lady Harley #3 from Frank Tieri and Iñaki Miranda, Harley’s barely managed to escape from Gotham City, but going down the river to Blüdhaven might have been a HUGE mistake! The whole city is a prison, held in the grip of the bloodthirsty Bane Twins… and, we’re sad to say, they definitely take after their father. Is this the lead Harley needs to find The Joker?

If that wasn’t enough to get you excited, January 4th brings the long-awaited premiere of Young Justice: Outsiders to the DC Universe digital subscription service. Get ready for the new season with this two-part prequel comic, Young Justice: Outsiders, from Young Justice producer Greg Weisman, with art by Christopher Jones. Part one will debut on Wednesday, January 2, with part two available the next day! This special digital-only comic will be available exclusively for DC Universe subscribers

Batman fans will also not want to miss Detective Comics #995, the second chapter of Peter J. Tomasi’s “Countdown to issue #1000.” 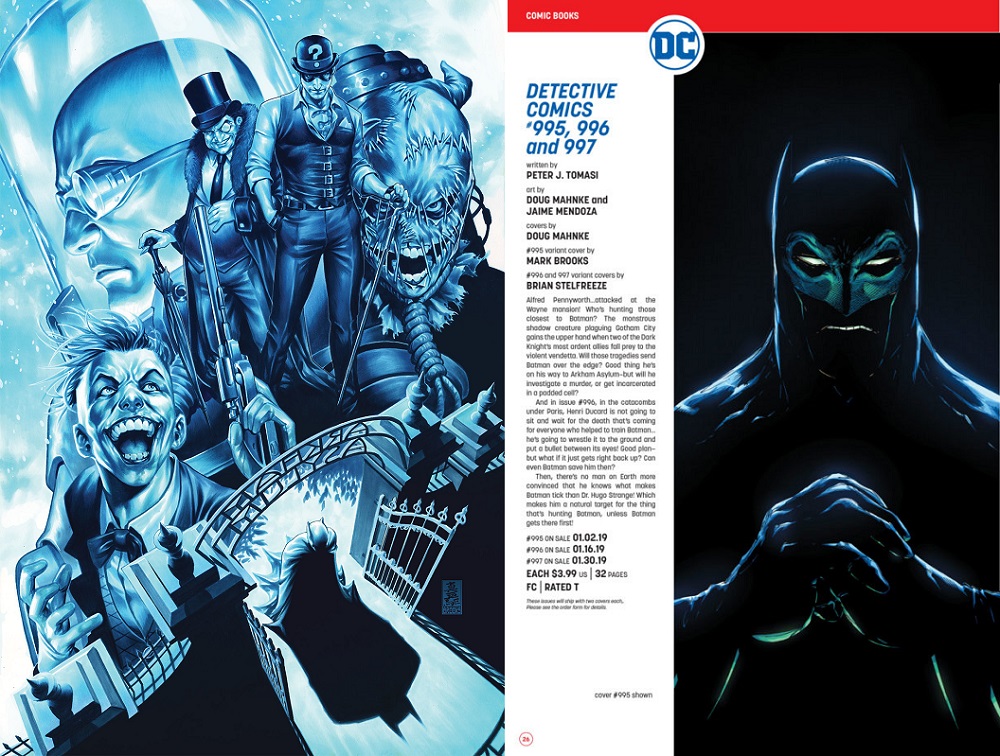