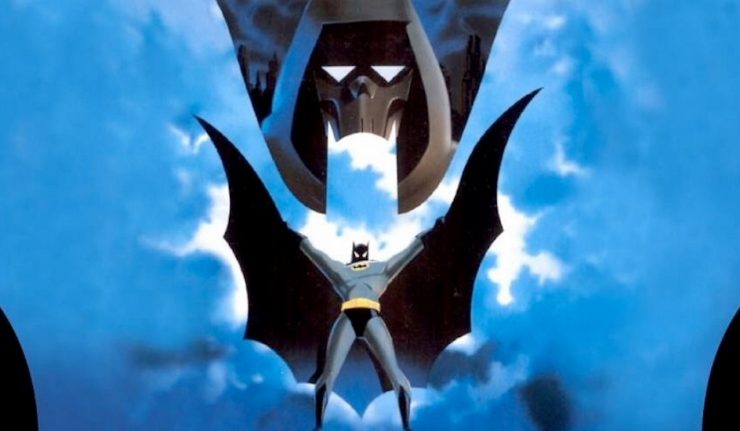 In two days, it will be the 25th anniversary of Batman: Mask of the Phantasm‘s original theatrical release. One of the best animated Batman movies ever produced, it’s special to me and likely many other Batfans too.

To celebrate, The Hollywood Reporter spoke with Mark Hamill, voice director Andrea Romano, and Kevin Conroy regarding their experiences on the film. A wonderful little companion piece, it details some personal anecdotes from behind the scenes that, while they have little to do with Batman himself, are still great glimpses into filmmaking in general. As a huge film buff and lover of stories, I adored this piece.

While you should take every opportunity to read the article in full, there are two fantastic stories that I will highlight here.

The film introduces Andrea Beaumont, a love interest of Bruce’s that truly made him question his decision to fight for justice. He wanted to quit his crusade on crime and live out a normal life with his new beau. Alas, as the plot unravels, it simply wasn’t meant to be.

One of the more charming anecdotes in the piece not told by Hamill – a particularly difficult feat considering how Hamill is a charm factory churning out wonderful anecdotes – is about how Andrea Beaumont received her name.

Legendary voice director, Andrea Romano intimated that she fell in love with Kevin Conroy’s voice (how can you not?!). Normally, prior to any recording session, Romano needed to check the levels on her recording equipment and would require the voice actors to speak in character. One day, Romano made a request: “After Kevin did a faint noise that I said, ‘Say Andrea in that deep beautiful Batman voice. The entire cast just laughed and laughed. From that point forward, every time we do a level, Kevin ends with a very soft ‘Andrea.’”

Apparently, when writer Paul Dini needed a name for Batman to call out as he was losing consciousness, he remembered those moments where Conroy softly crooned Romano’s name. Her character was named Andrea thereafter.

Lastly, one of the most heartbreaking stories you’ll hear today involves Kevin Conroy and one beautiful scene from Phantasm. Five years ago, we at DKN did our own retrospective of Mask of the Phantasm. Each staff writer contributed to the piece, recalling their experiences. I remember specifically naming this segment as a standout scene.

In a storm, Bruce stands before his parents’ grave. There, he begs them for their approval and mercy. He wants nothing more than to quit crimefighting in order to share a normal life with Andrea. It’s an extremely powerful scene executed perfectly by cast, animators, and writers. It always brings me to tears.

If you don’t remember it, be sure to grab a tissue and watch it below:

“The key to being an actor is to be open enough to let any chord be hit.”

That emotionally resonant performance by Kevin Conroy was actually informed by his own personal life. It seems the actor had a very contentious relationship with his father, whom Conroy called a “Terrible drunk.” This relationship drove Conroy to leave home at the age of 17.

Despite this, being a wonderful, dutiful son, Conroy cared for his old man up until his death. Conroy maintains that he had a lot of unresolved feelings towards his father. It seems he unintentionally drew from those feelings for this performance.

There were a lot of unresolved emotions there, and something in that graveyard scene brought all that stuff up. I don’t know why, as an actor you never know why a certain chord is hit. The key to being an actor is to be open enough to let any chord be hit.

Andrea [Romano] came in after the recording and grabbed me in a hug. Andrea said, “I don’t know where you went [emotionally], but it was a beautiful performance.” She knew I was drawing on something.

What a heartbreaking anecdote and just makes that scene that much more special. Just to know that Conroy may have also been sorting through his own personal issues while recording as Bruce moves me so much. In that moment, it seems he became less Bruce and more Kevin and the result in beautiful.

Like I said, be sure to check out the full retrospective here. Once you’ve done that, be sure to pop in your copy of Mask of Phantasm.

Brace yourselves for an emotional roller coaster.

If you don’t already own Batman: Mask of the Phantasm it’s available now on Blu-ray and on the recently released Batman: The Animated Series Blu-ray collection.