The Batmobile has been a staple of the Batman mythos almost since the beginning. It’s served as a transport and mobile resource, and even as an up-link to the Batcave.

It’s been re-imagined in as many different ways as Batman has. In the Animated Series, and in the films of Joel Schumacher and Tim Burton, we got a sleek, weaponized beast of a car. Christian Bale, Ben Affleck, and such classic stories as The Dark Knight Returns, Batman chose function over style with a very menacing tank.

Adam West is remembered for a lot of things in his portrayal of Batman. The bright colors and camp doesn’t exactly match what we regard as Batman, but there’s definitely something to be said about his Batmobile. It’s possibly the only true black thing in the whole show. The red detailing and symbols on the wheels bring the color back, and it’s remained a constant favorite amongst the fans.

The artists at Sideshow Toys agree that there’s a real charm to this particular car, and have made something truly special. 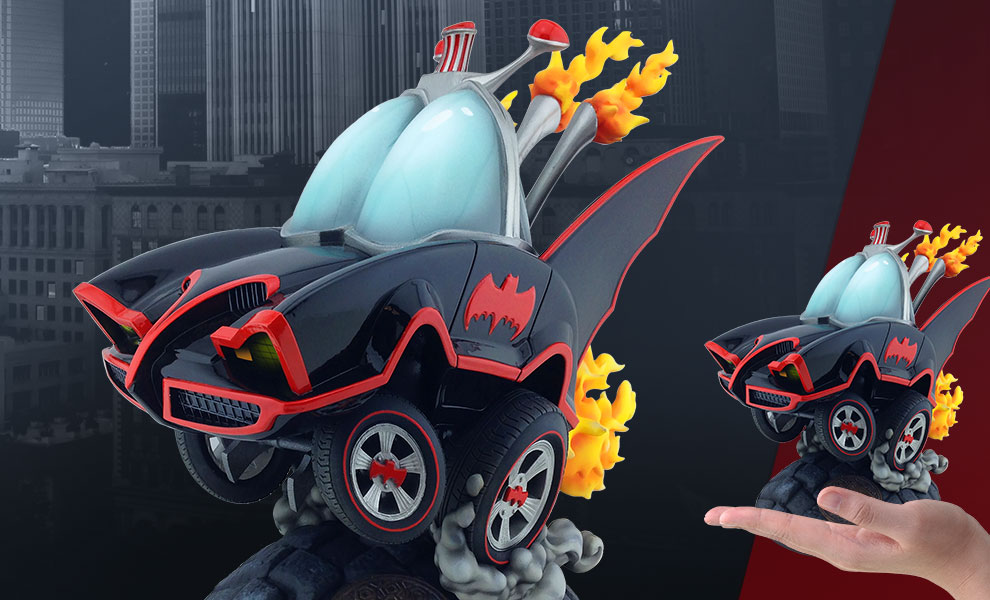 Here is the latest promotional picture of one of their newest pieces. There’s some real cartoony goodness to this. It’s unmistakably Adam West’s Batmobile. all the details have been captured. The domed windscreen and red pin lines. Even the little bats on the wheels are there. Designer Dennis Jones and Sculptor Stephan Ehl decided to inject some fun into it, befitting of the original show.

The Batmobile lurching on itself get a real burst of speed really adds to the cartoonish look. The little dust cloud under it is burning rubber. Batman’s going somewhere.

All the flames coming from the exhausts are a little menacing for Adam West, but that might be just showing his rush. Some days you can’t get rid of a bomb.

You can find a link to purchase this unique statue right here, on sale for this holiday season. 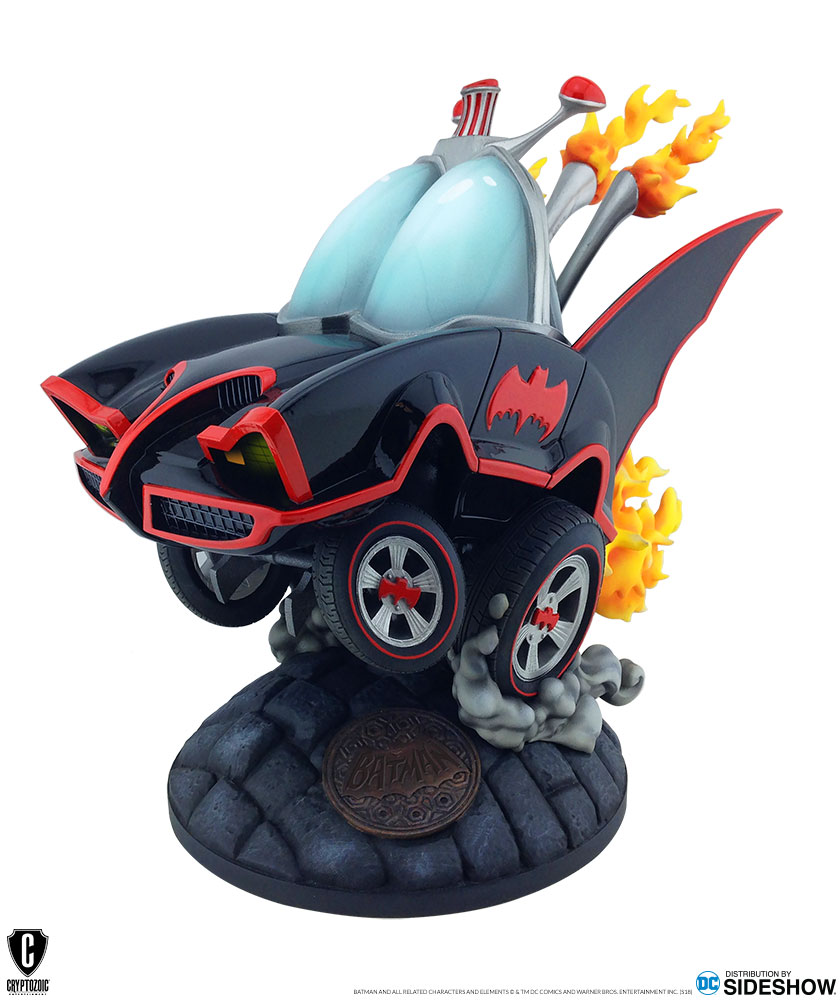 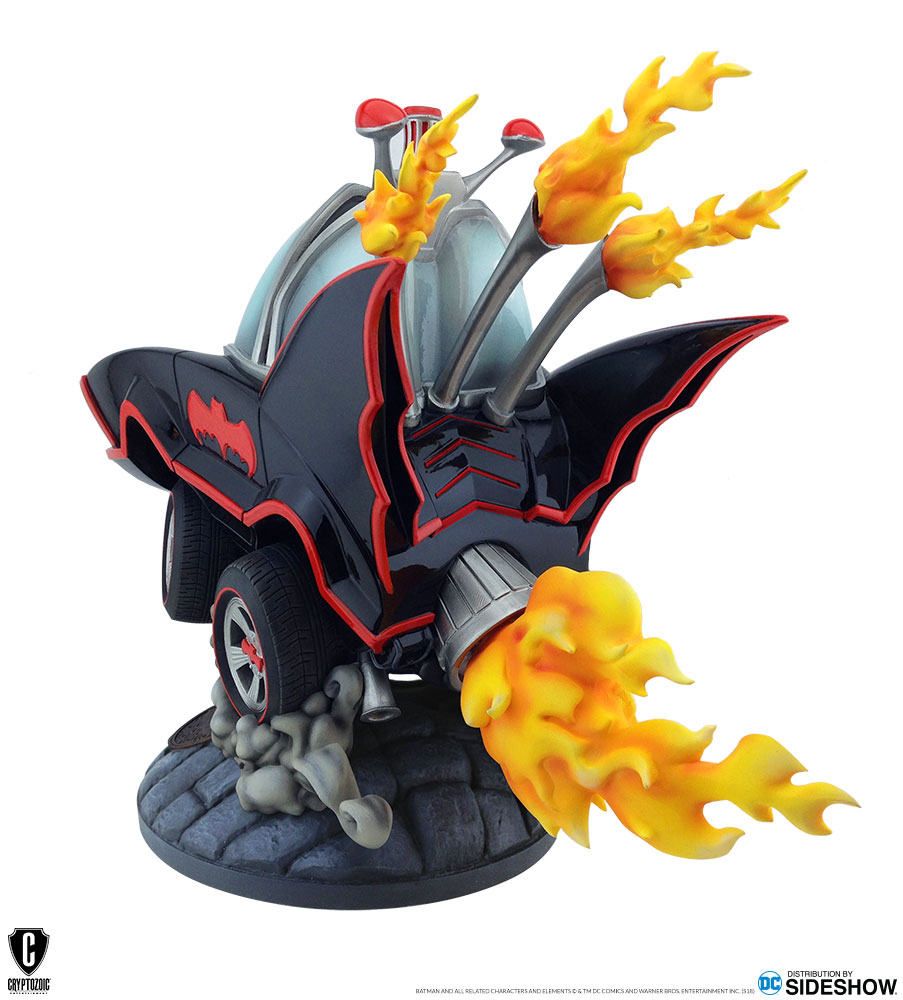