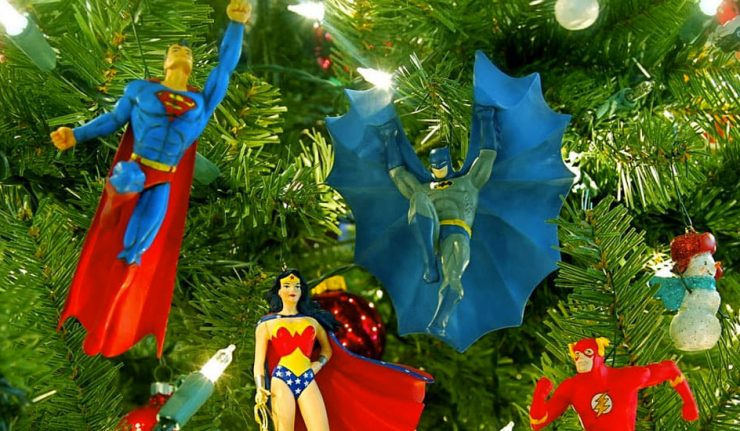 Has this ever happened to you? You have a Batman fan in your life, but you have no idea what to get them. Fear not, because Dark Knight News has you covered! Our team of journalists has put together a list of products that will drive any fan…well…batty! 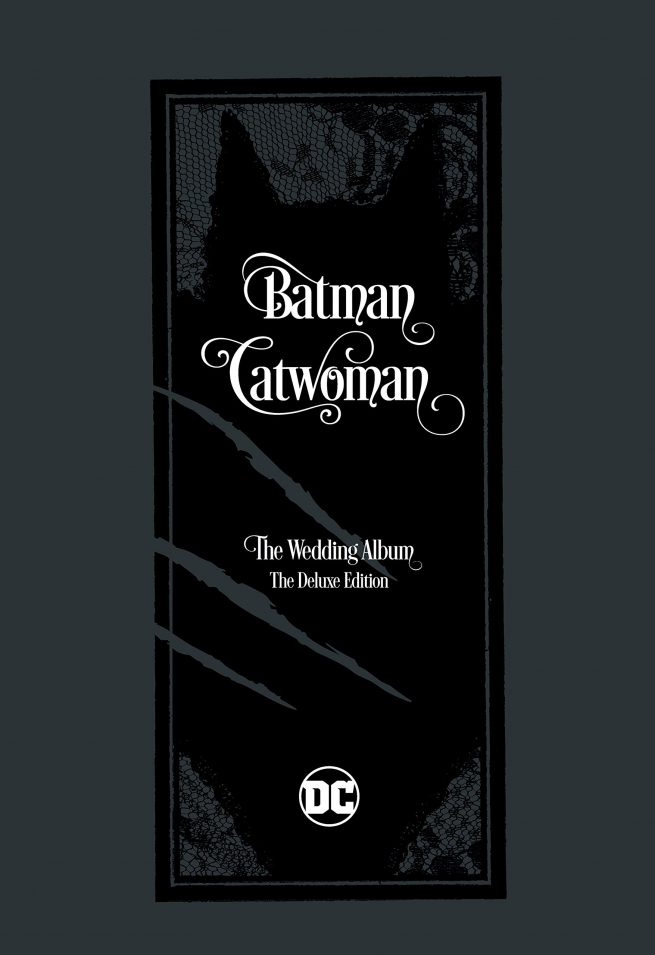 This past year was a crazy one for Batman and Catwoman. We saw the ups and downs of their relationship and everything in-between. Check out the highlights of their engagement from beginning to end in this lovely tome.

This hardcover book collects Batman #25, 44, and #50, it is oversized and very handsome. This is the ultimate way to experience the Bat-Cat wedding.

This die-cast metal toy is a great gift idea for anyone, from gamer to collector. It also is a great kid’s gift due to the durability of the car.

Coming to us straight from Rocksteady’s game Arkham Knight, this version of the Batmobile is quite detailed and fits in the palm of your hand.

It is recommended for children 3 years of age and older, due to potential choking hazard, but it would make a great stocking filler, or gift for the Batman fan in your family.

At $9.99 on Amazon, this one is a steal and could make you the hero in your family. 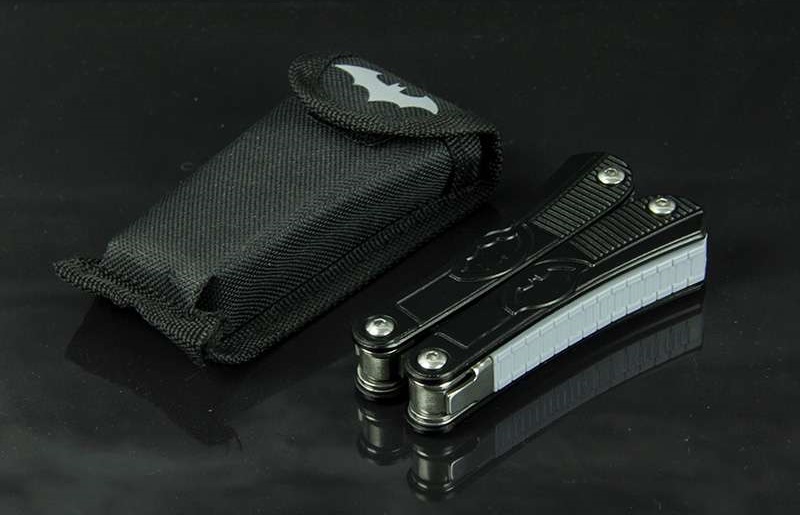 I was always envious of Batman’s utility belt as a child, as he had a tool for every occasion. Now you can ditch the belt for this Batman Pocket Multi-Tool. It has pliers, wire cutters, file, bottle opener, 2 knives, medium and large flat-head screwdrivers, a can opener and saw. There’s no trap too big, or can of tuna too small for this tool. 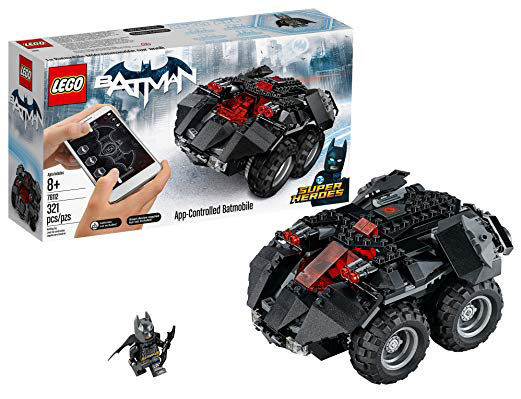 The Batmobile has forever been a wicked childhood dream. Light up your Christmas with a Batmobile from the present, just like Batman carries on his communication gauntlets, this mobile will have an app to control it!

The toy itself carries Bluetooth. Not only is there the fun of remotely automated driving, but LEGO implies that it comes with more than just a few tricks. Inspired by the LEGO DC film series and video games, the player will be able to recreate any Gotham city scene with this super cool toy. 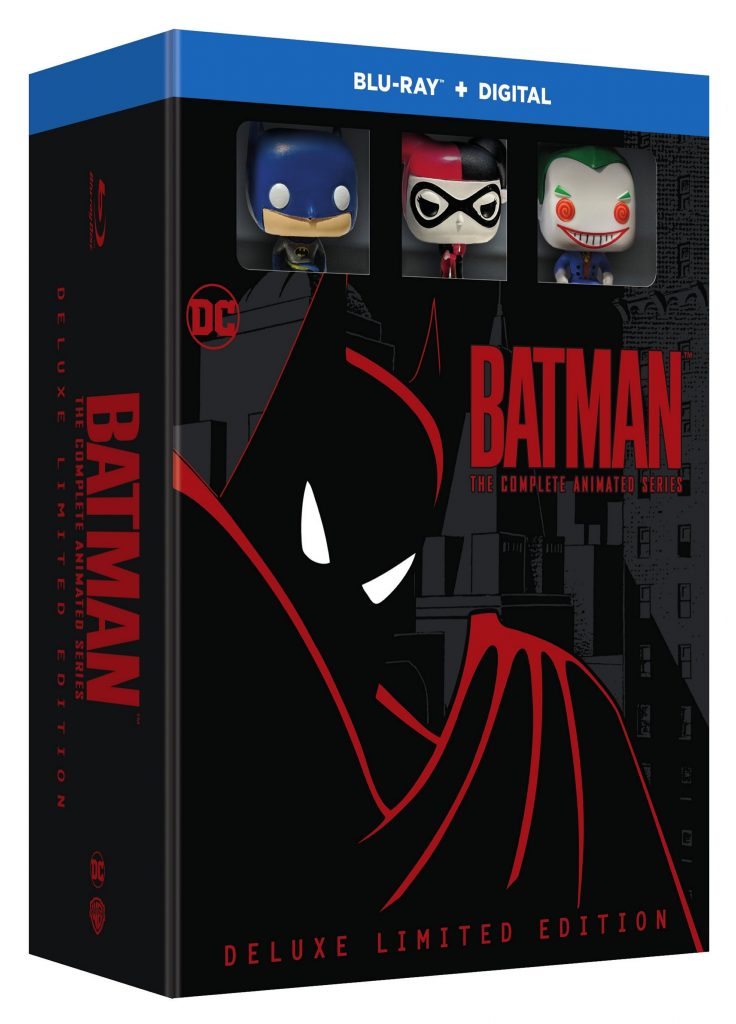 Tired of watching the same Christmas movies over and over? Well, look no further, Bat-Fans!

Just in time for the Holiday Season, DC have graced us mere mortals with – for the first time since its initial run – a completely remastered box-set of one of the most critically acclaimed animated series of all time!

This 10-disc deluxe limited-edition set also includes three collectible Funko Pocket Pops, seven exclusive lenticular collector cards of original animation artwork, AND – if all of that wasn’t enough – you also get the two classic animated films which tie into the series – Batman: Mask of the Phantasm, and Batman & Mr. Freeze: Sub Zero!

So, what are you waiting for? Jump on this while you can, because pretty soon it’ll be gone faster than the Joker from Arkham Asylum! 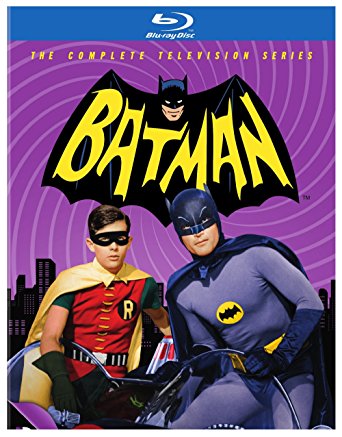 What better way to commemorate the late, great Adam West than a marathon of the old 1966 Batman series? This DVD box set boasts of 18 discs with all 120 episodes of the seminal series.

Relive the good ol’ days when crimes could be thwarted with surfing contests or running against the villain for mayor.  Go back and re-watch your favorite episodes.

My personal favorite is when the Joker rigs a vending machine to give money high to school kids to trick them into not going to school.

This is a real episode! Look it up! 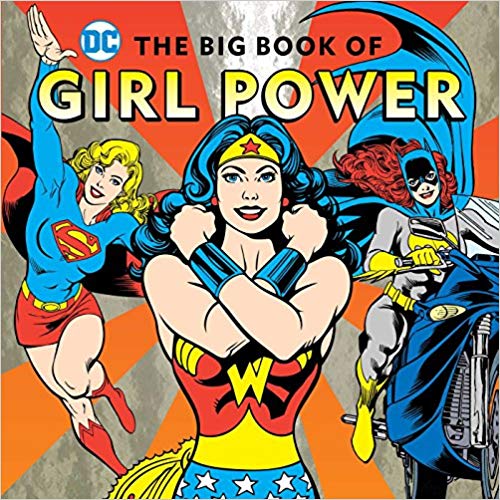 This book is great for all ages honestly. The book showcases a lot of the female cast from DC Comics, from Wonder Woman to Bumblebee.

The snippets give the background of the characters as well as a breakdown of their powers and abilities, whether they be remarkable smarts or a lasso of truth. Readers see that being different isn’t always bad and that with hard work and practice, they can be anything they want to be.

Currently available for $11.89 on Amazon, this is a great gift for any munchkin who looks up to the female heroes of the DC Universe.

Anyone who gets me this set of Justice League action figures will be my best friend forever!

Direct from the 2011 animated series comes the magnificent seven: Batman, Flash, Green Lantern (John Stewart), Hawkgirl, Martian Manhunter, Superman, and Wonder Woman. Plus, Aquaman. I think something is happening to him later this month. Maybe some kind of movie, or something?

Anyway, these figures stand over 6 inches tall, are sculpted by acclaimed artist Irene Matar and are exclusively available with membership to DC Universe. 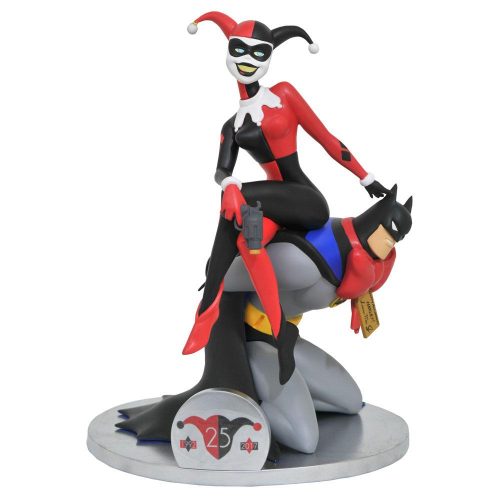 Rev up your Harley this holiday season! This beautiful and fun statue dedicated to Harley Quinn celebrates Batman: The Animated Series’ Clown Princess with an irritated caped crusader.

Batman is wrapped up and ready to be placed under Mr. J’s Christmas tree. Imagine that Holiday party, puddin’!

The statue measures at almost 10 inches, with detailed painting. It would make any collection that much more eccentric and sparks an unforgettable dinner-conversation. 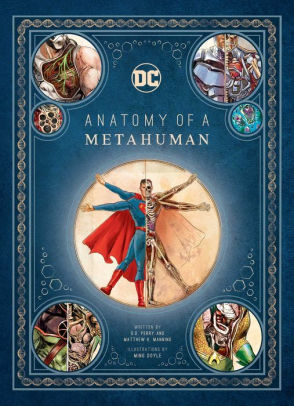 Anatomy of a Metahuman is a very interesting concept: a book written from the perspective of Batman himself detailing the physiology and abilities of not only his most feared villains, including Killer Croc and Bane, but even some of his fellow Justice League members, such as Superman and Cyborg.

For years and years, we have heard of a Batman who is always prepared, and this release from writers S. D. Perry and Matthew K. Manning spotlights the “Detective” side of the Worlds’ Greatest Detective in a way no other book has before.

Also featuring stunning anatomical cutaways from illustrator Ming Doyle, this book is a must-have for any DC fan, casual or die-hard.

Currently available for $44.10 at Barnes & Noble and other booksellers.

So, what’s your favorite item on our guide? Was there something we missed? Sound off below and on our social media.

From all of us at Dark Knight, Merry Festivus?