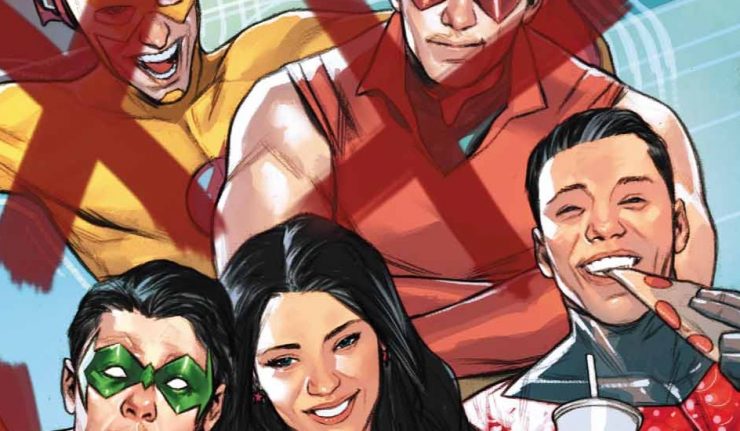 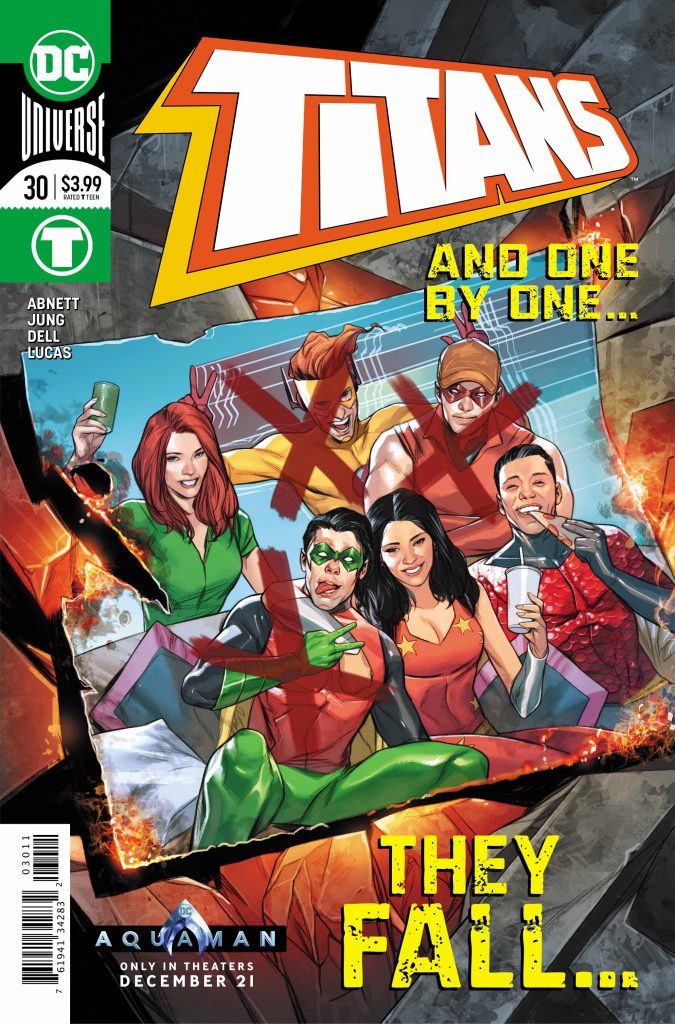 Titans #30 sees the team stuck on an unknown planet. Surprisingly, this alien world sits closer to the Source Wall. Their proximity increases the amount of source energy they are exposed to, causing things to go haywire. An injured M’Gann has revealed herself as a White Martian and Beast Boy is out of control. Still, Raven remains powerless. Donna has reached the anger stage of grief and taken it out on her team. Yet… there is hope.

There is always hope.

Despite M’Gann’s terrifying form, she displayed empathy toward Garfield and calmed his rage. Finally, Raven got some semblance of momentum in her storyline as she saw a vision of her soul imprisoned in a dark dungeon. Donna Troy stepped into her role as the link to the original Teen Titans, claiming her rightful leadership role of these Titans – a move that was well received by her companions. Steel re-established their broken distress beacon, which was answered by none other than Green Lantern, Kyle Rayner!

The introduction of Kyle Rayner here is interesting. Rayner is one of most revered of the Green Lanterns, boasting the ability to wield the power of the entire emotional spectrum. Kyle was once a White Lantern who had a romantic relationship with Donna Troy. I am interested to see how Kyle’s inclusion changes the story and impacts the team. 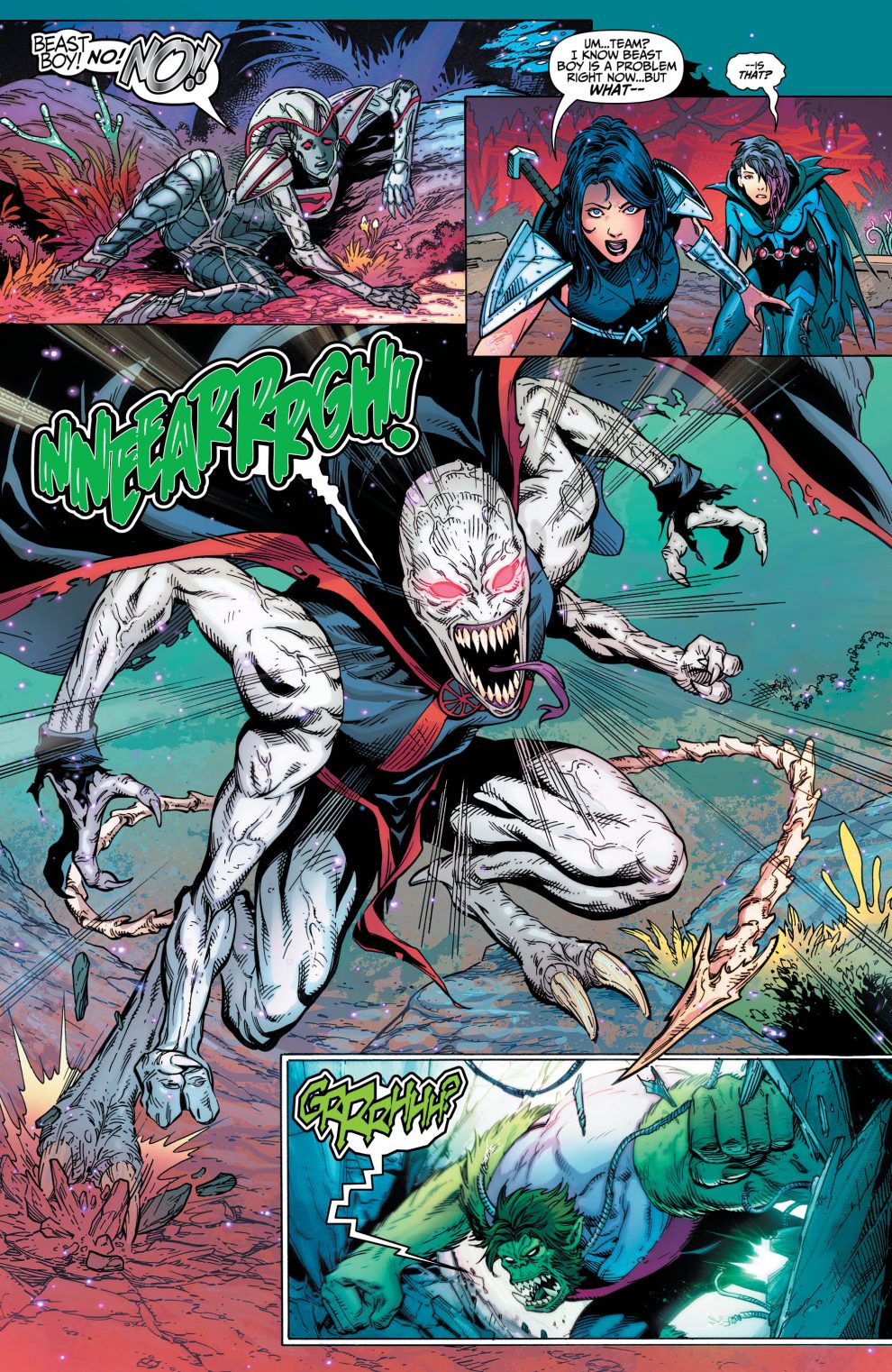 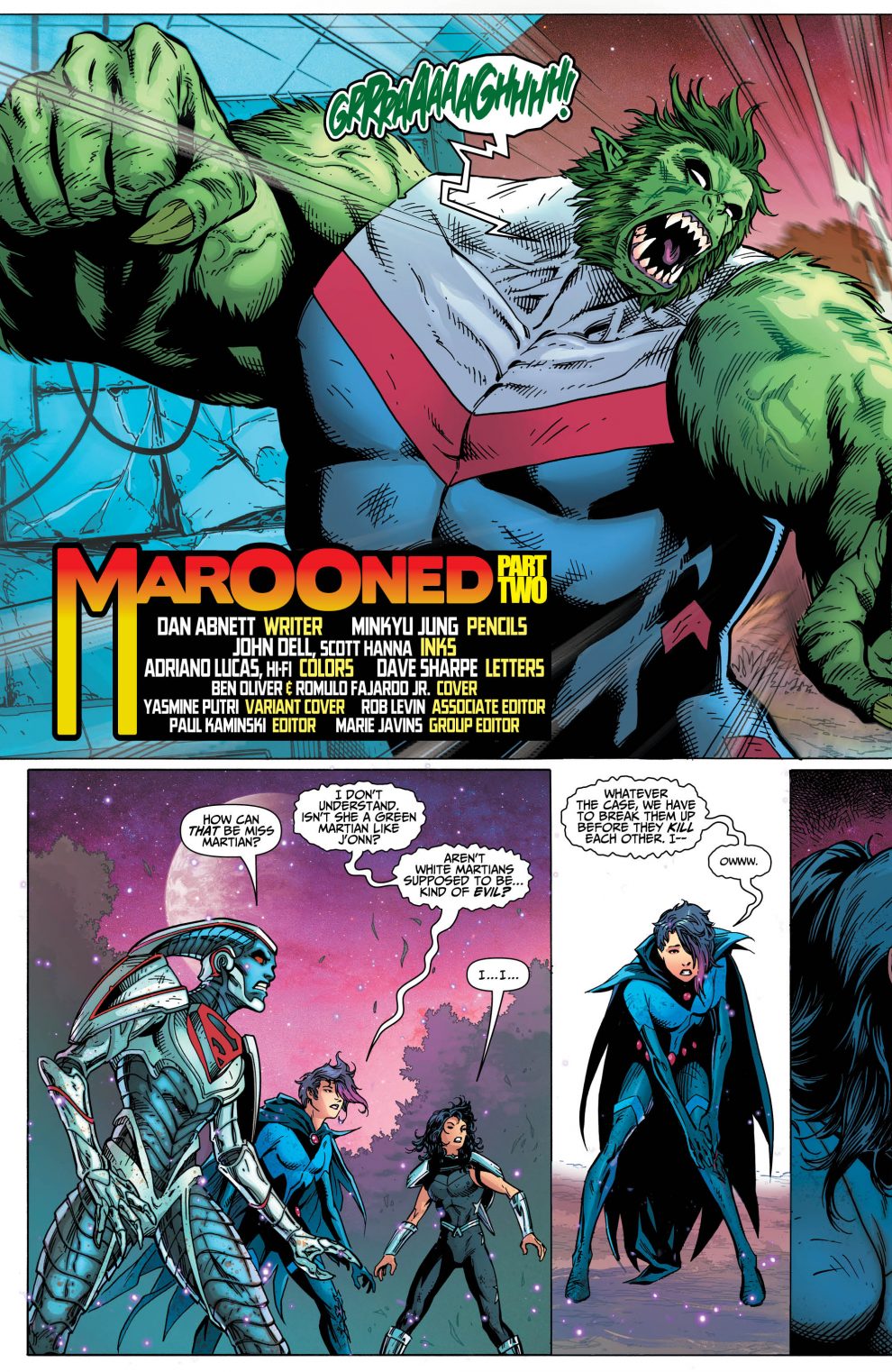 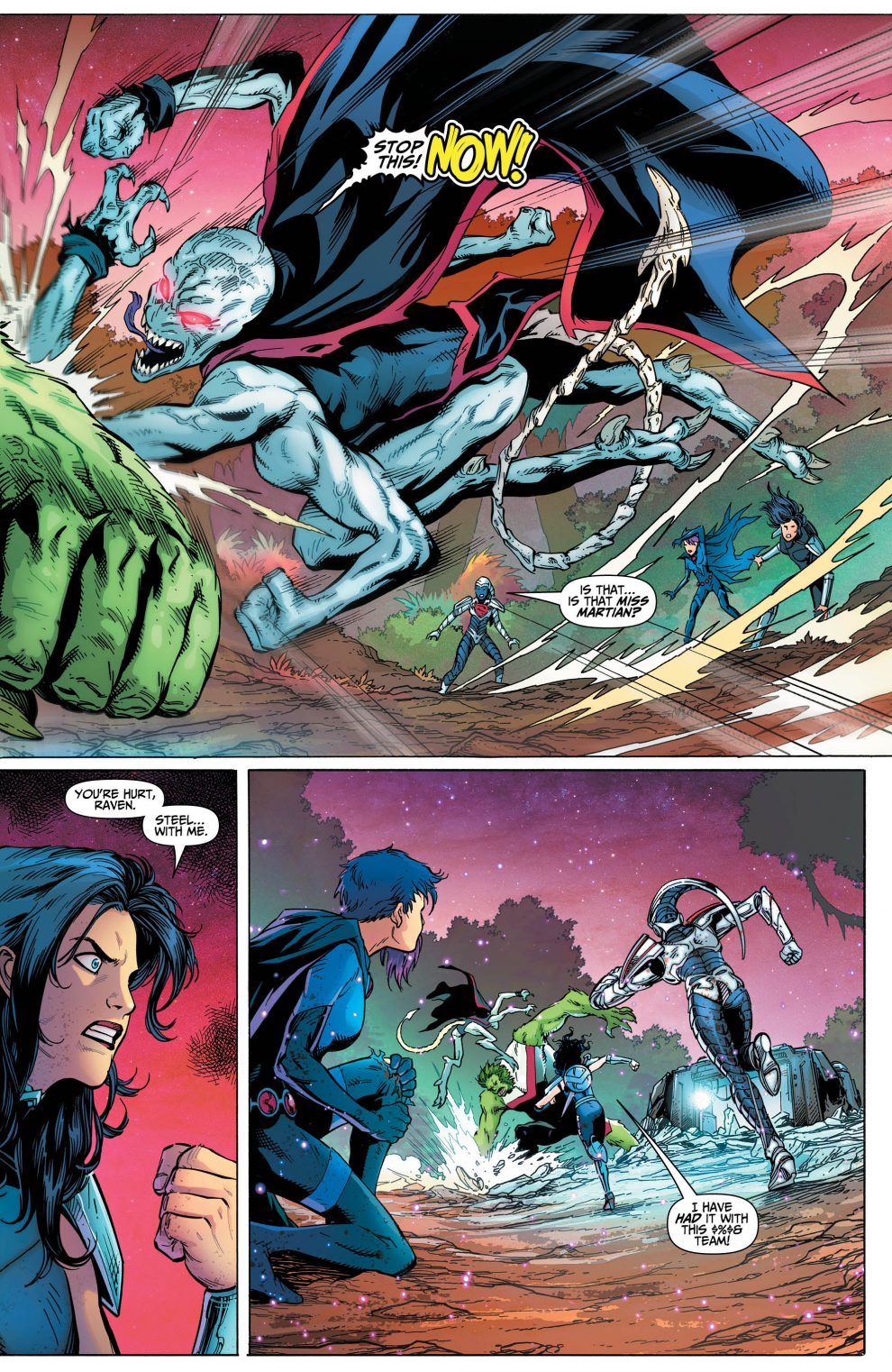 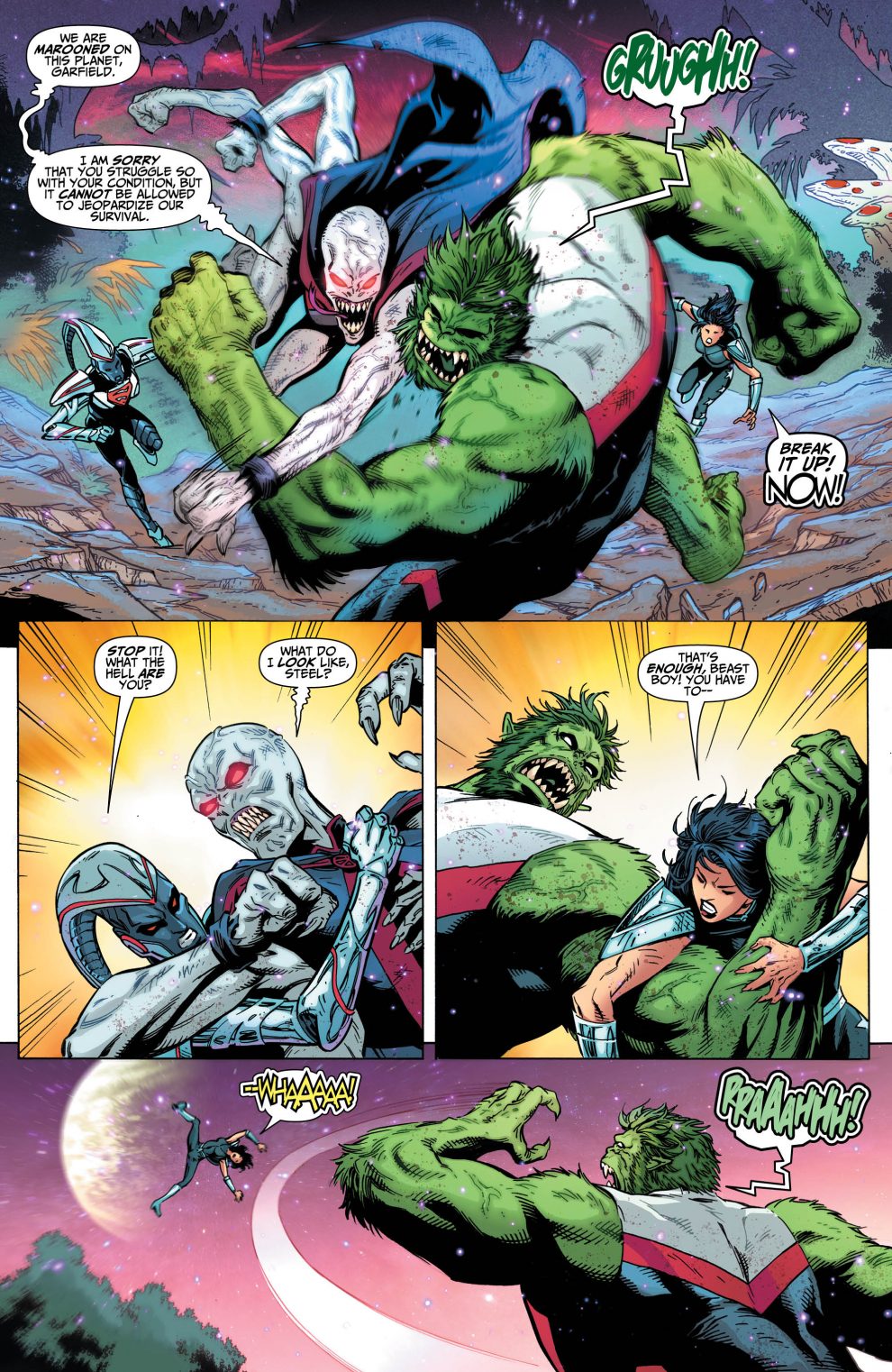 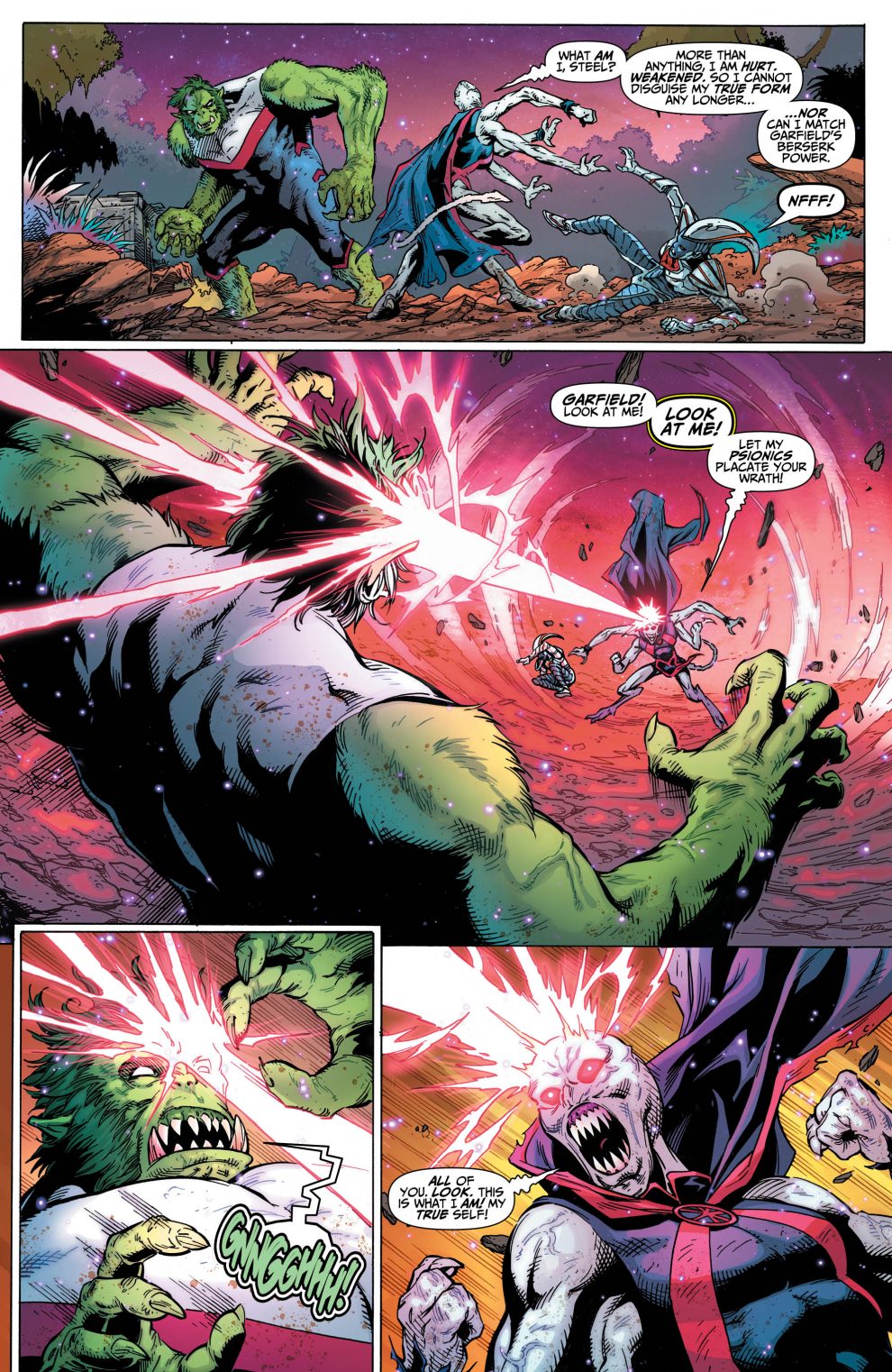 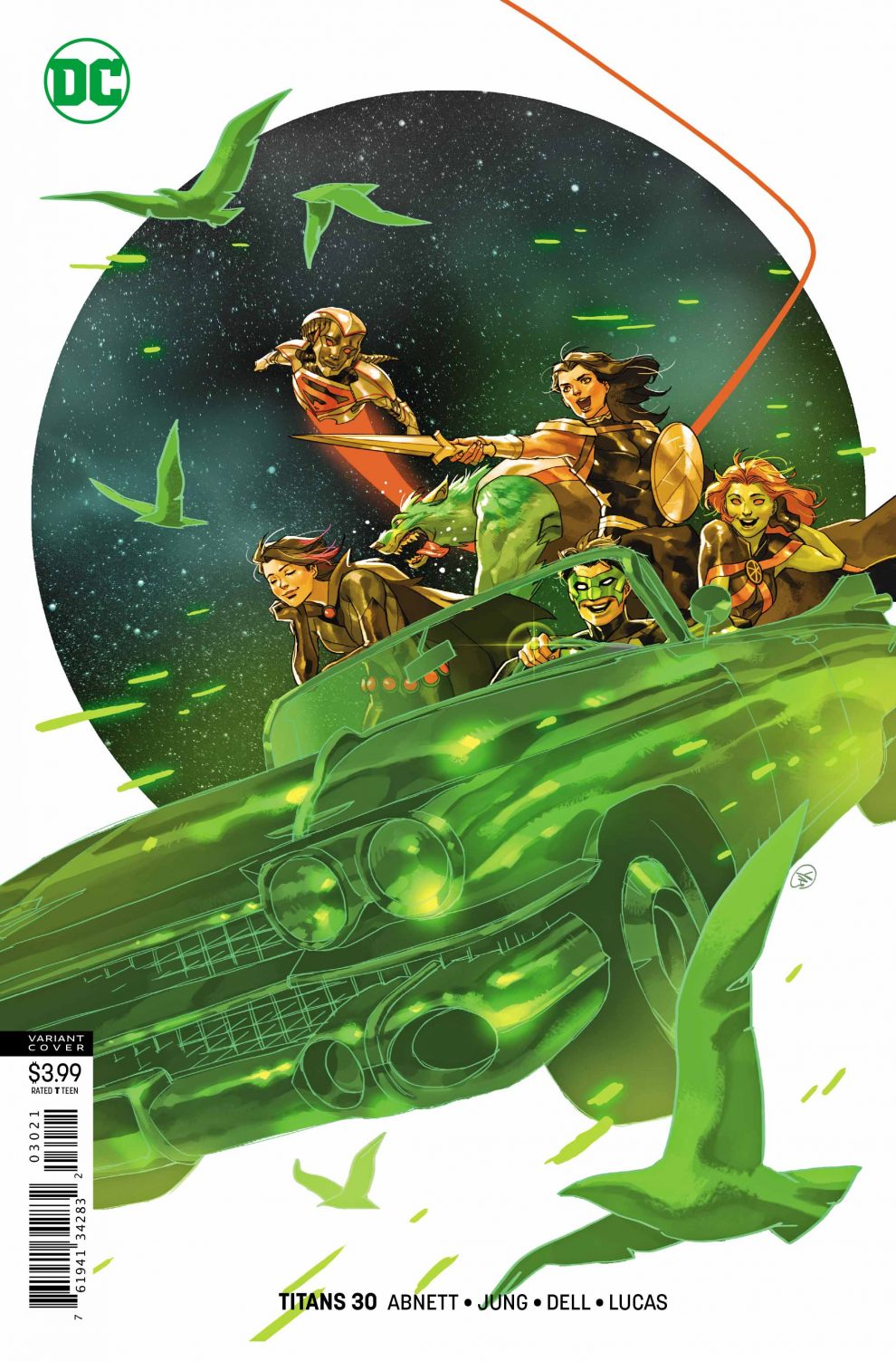 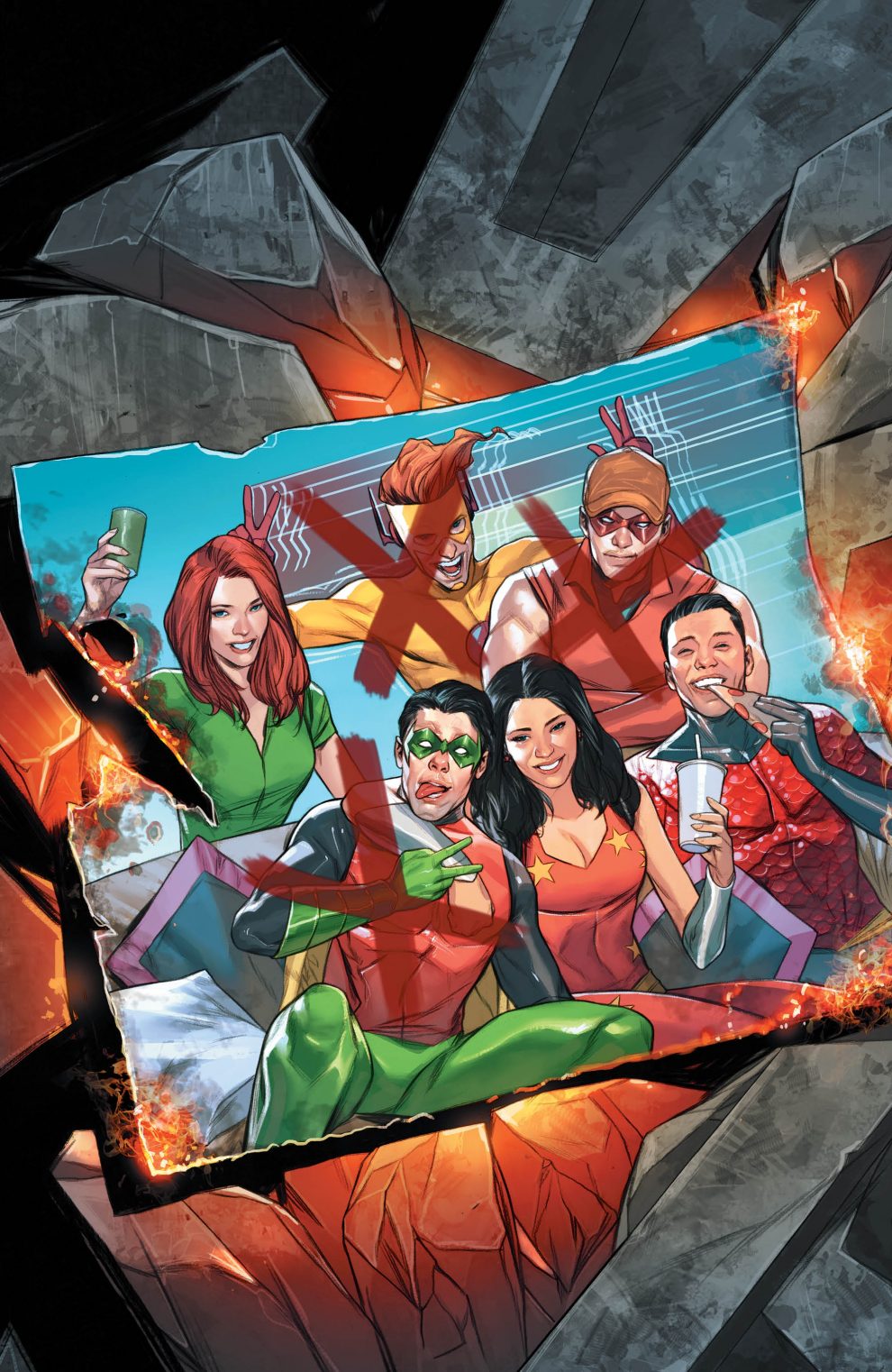 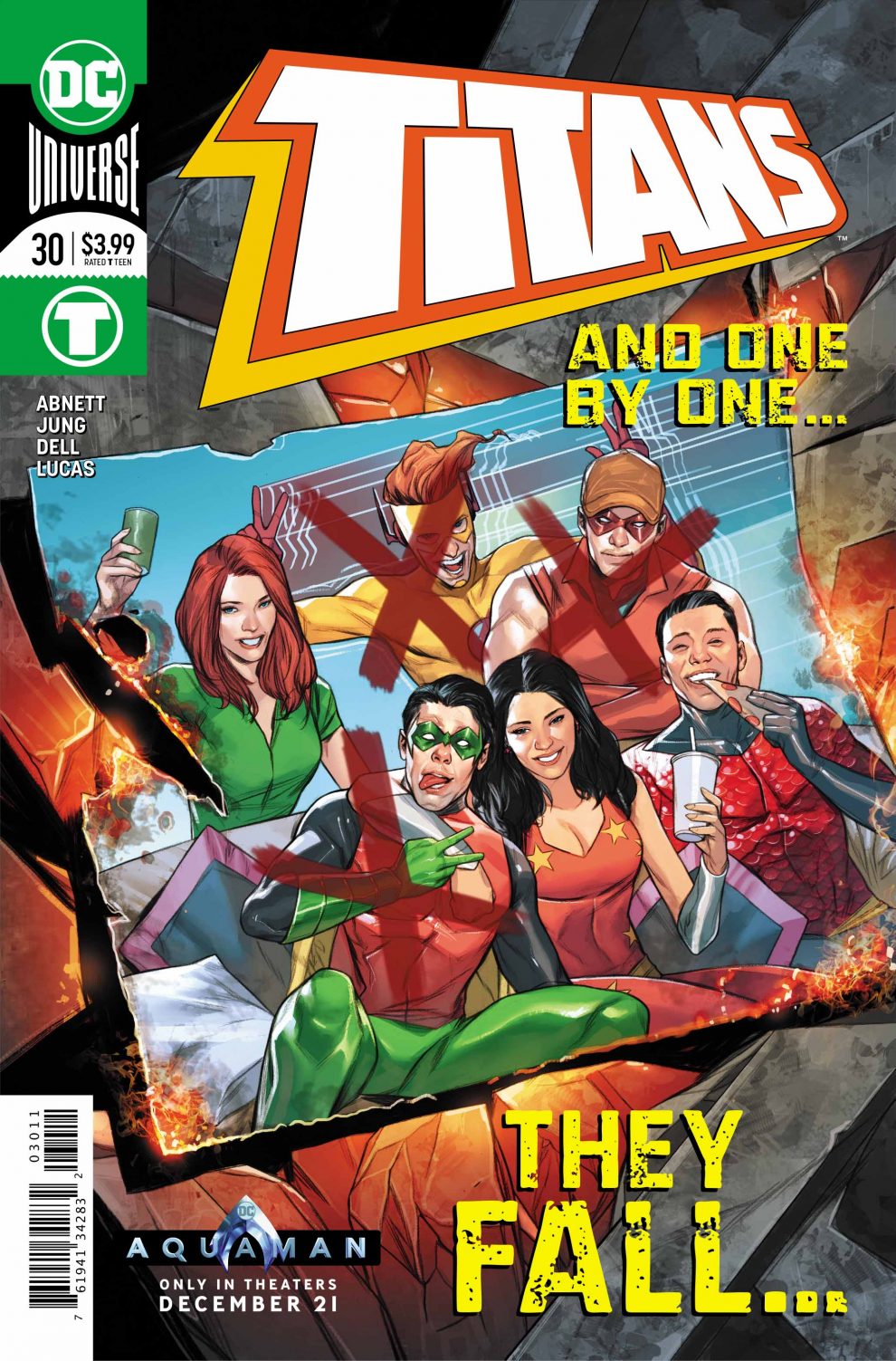 Artistically, the issue was nicely rendered. The panels and pages flowed together in a well-paced issue. Colors burst through the dark setting, particularly when Green Lantern arrived on the scene.

At its core, Titans #30 was a story about hope. There’s always hope. The team comes together despite overwhelming odds. Rather than tear the team apart, the shipwreck has connected the heroes in ways previously unseen. While the issue was short on action, its poignancy made up for it. Donna’s revelation of Roy Harper’s death and assumption of leadership were both seminal moments.

Maybe it’s coincidental, but for me, the timing of Titans #30 made the story more meaningful. The surprise arrival of a Green Lantern, particularly Kyle Rayner, added to the issue’s impact and enjoyment. Also, it felt like things were finally starting to look up after the culmination of issue-after-issue of bad news for the Titans.