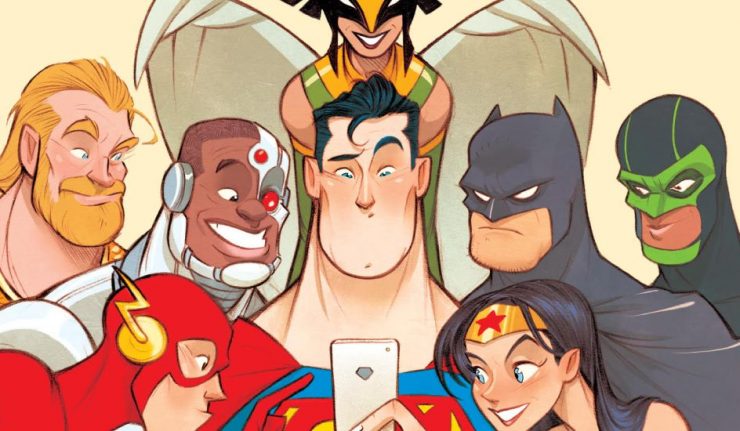 Holy-Cuteness, Batman! Check out the new cover art of the upcoming DC Zoom: Dear Justice League graphic novel collection for kids (and who am I kidding, for adults too). Trying to update the Daily Planet, because Newspapers are out of date, and it’s not the best time to get into print-media at all. It seems this series will be able to relate to modern children and technology, compared to older counterparts.

Here’s what DC Zoom has to say.

How do you get kids to read? Give them something they want to read about, like superheroes.

One of the first titles to debut under DC Zoom is Dear Justice League by New York Times bestselling author Michael Northrop (TombQuest) with art by Gustavo Duarte. This is Northrop’s first graphic novel and today, he and Duarte shared a first look at the cover. He shares:

In Dear Justice League, I wanted to explore who these DC Super Heroes are behind the masks and answer the kinds of questions kids would have for these larger than life figures,” explained Northrop. “On a personal note, comics helped me become a better reader, a better storyteller and helped me fit in as a kid. Writing about these same characters is a dream come true and feels like coming full circle to where things began for me as a reader. I hope kids enjoy reading this book as much as I enjoyed writing it and I hope it helps young fans see that everyone is going through something. Even when it seems like someone is perfect or has it made, they’re probably trying to figure it out just like the rest of us.

I remember discovering DC characters when I was a kid, watching the Super Friends TV show and reading the comics that my dad used to buy me on Sundays. To know that a new generation will discover these Super Heroes and Super-Villains with our book, makes me really happy and proud.

In Dear Justice League, the greatest heroes in the DC universe, the Justice League, find time in between saving the world to answer mail from their biggest fans—kids! Hot button questions like, “Does Superman ever make mistakes?” “What was Wonder Woman’s eleventh birthday like?” “Does Aquaman smell like fish?” will be answered, giving readers the inside scoop into everyday heroics. The Justice League’s honest and humorous answers will surprise and delight fans of any age, as it turns out that being a superhero is not too different from being a kid.

Dear Justice League is now available for pre-order and will hit stores everywhere books are sold on August 6, 2019. 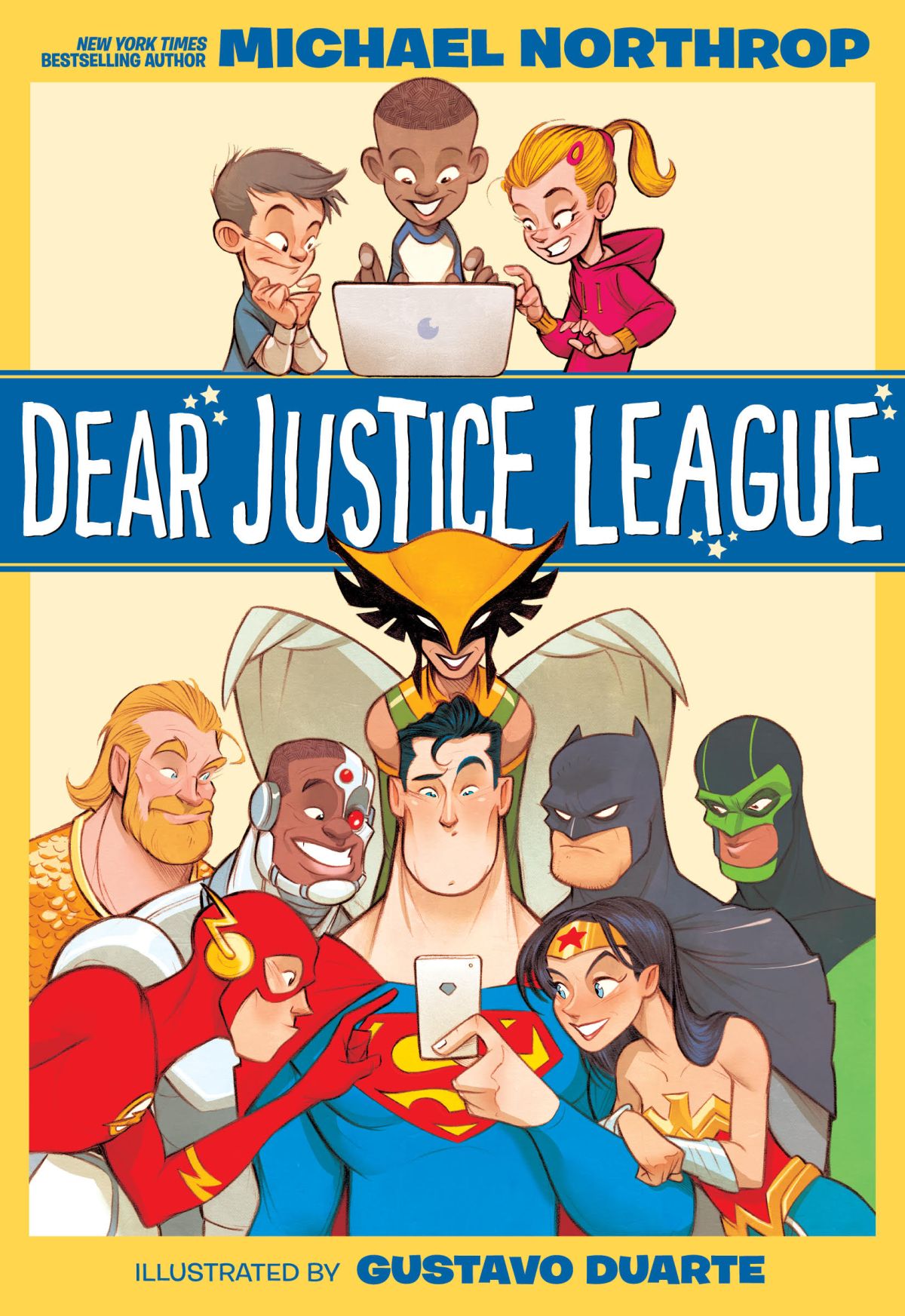 Michael Northrop is the New York Times bestselling author of Scholastic’s new multi-platform series, TombQuest. His first young adult novel, Gentlemen, earned him a Publishers Weekly Flying Start citation, and his second, Trapped, was an Indie Next List selection. His first middle-grade novel, Plunked, was named one of the best children’s books of the year by the New York Public Library and was selected for NPR’s Backseat Book Club. He is originally from Salisbury, Connecticut, a small town in the foothills of the Berkshire mountains, where he mastered the arts of BB gun shooting, tree climbing, and field goal kicking with only moderate injuries. After graduating from NYU, he worked at Sports Illustrated Kids magazine for 12 years, the last five of those as baseball editor.

Gustavo Duarte is a Brazilian cartoonist, graphic designer and a comics creator and currently resides in São Paulo. For the last 20 years, Duarte’s cartoons and illustrations have been published in some of the most popular publications in Brazil. In 2009, Duarte began publishing his own comics like Monsters!, Có!, Birds and others. In addition to his own works, he has also written and illustrated comics for major publishers including DC (Bizarro) and Marvel (Guardians of the Galaxy and Lockjaw), among others.

DC Zoom is a new middle grade graphic novel line from DC. The line will introduce DC’s most iconic Super Heroes to a new generation of fans with stories told by some of the most successful authors from the middle grade publishing space. DC Zoom titles will be standalone stories, not part of DC’s ongoing continuity, and completely accessible to new readers who have no previous knowledge of DC characters. The line will launch in April 2019 with the release of Super Sons: The PolarShield Project by Ridley Pearson with art by Ile Gonzalez.